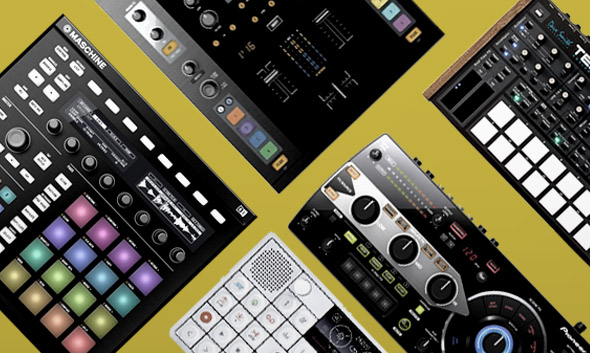 Making music isn’t all about the controlled environment of the studio. Editing, mixing and mastering your music is all well and good, but at some point you are going to need to venture out into the live arena to meet your public face to face. You may need any number of controllers, CD decks, synths and mixers to help you get your sound across. If you are a musician, a DJ, or both, here we recommend ten of the best pieces of this year’s live gear that will help you connect with your audience. 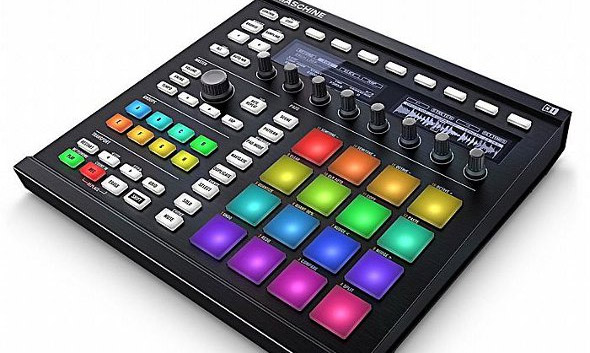 This latest upgrade to the hugely popular Maschine unit from Native Instruments delivers a software and hardware hybrid groove production work station. It features multi coloured back lit performance pads and an improved display, as well as various improvements in the software, including the well-respected Massive soft synth and time stretching. Ifyou are not a fan of the included software you can use the hardware as a MIDI controller; you can also use it as a DJ controller with your software of choice, making sure to map its controls to your preference. The latest Traktor software features advanced sample decks that can be launched via mapping to the Maschine hardware. This lightweight, well laid out controller, with its brightly lit pads and display, isideal for use in dark DJ booths or live stages. Maschine hits the top spot for our top ten live performance equipment selection for 2012. 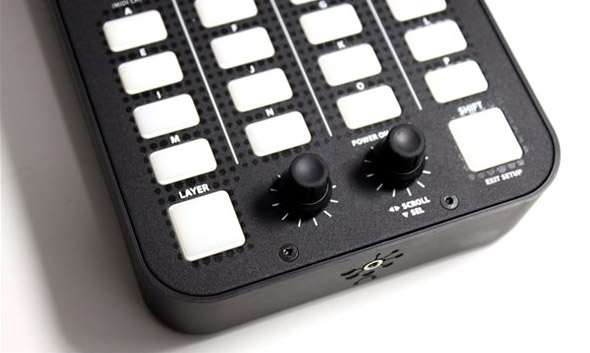 Compact DJ controllers are easily found these days, but not many feature the multi-layered control found on Allen & Heath’s Xone K2. This USB powered MIDI controller is well laid out, with four channel strips featuring a fader and four knobs each, and a switch matrix that allows you to access your control. The multi layered approach makes it possible to control every aspect of your chosen software from one small unit, but with Allen & Heath’s X link capability it’s also possible to link up multiple devices for pretty much any kind of performance set up you can imagine. What makes this unit special is the fact that it also acts as an audio interface with simple RCA outputs. For travelling DJs who need comprehensive control in a small compact unit that features sound card technology, then this is our choice unit for 2012. 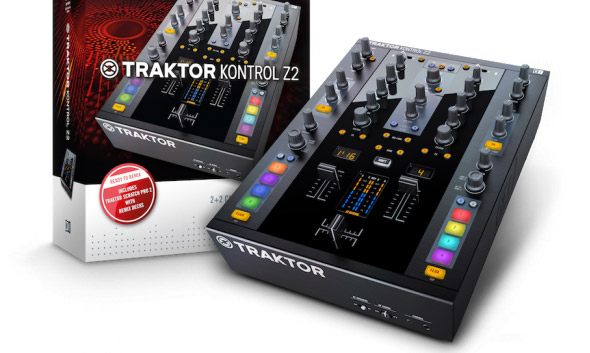 Native Instruments have redesigned the traditional DJ mixer for integration with its updated Traktor Scratch Pro software. This mixer features two physical channels and two virtual channels, allowing you to get control over remix decks featured within the latest version of Traktor Scratch Pro. The effects section features the ingenious macro FX, which allows you to control multiple FX with one knob. The build quality is excellent, and it should be noted that this hardware mixer also features high quality, non-contact Inno Fader channel faders and cross fader. There’s no need for fiddly break out boxes for setting up time code with your laptop, it’s all done inside the Z2. With a fully featured control section that includes flux mode as well as cue and loop controls, along with the latest version of Traktor, this mixer is a stand out piece of hardware for the DJ who has the need for digital and physical integration. 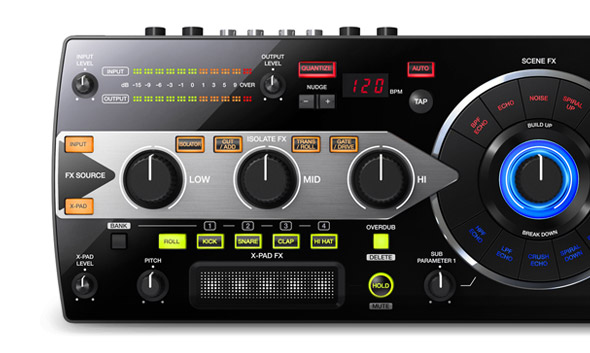 Effects units can be cumbersome things with tricky set up configurations, but that has all changed with the RMX1000 remix FX unit from Pioneer. With a clear signal path and a well laid out control front, the RMX1000 is not only an FX unit; it allows you to grab loops from audio playing through your mixer in real time using its improved BPM detection system. Add your own kick, snare and hi-hat patterns using the X pad FX section. It’s possible to use your own drum samples imported on a USB stick or an SD card; you can also warp your audio out of recognition using the breakdown and build up FX, and reset the entire unit with the flick of one switch. There is some software for changing the parameters of the FX called remixbox and the VST version is available to owners of the physical unit. The RMX1000 edges into our top five. 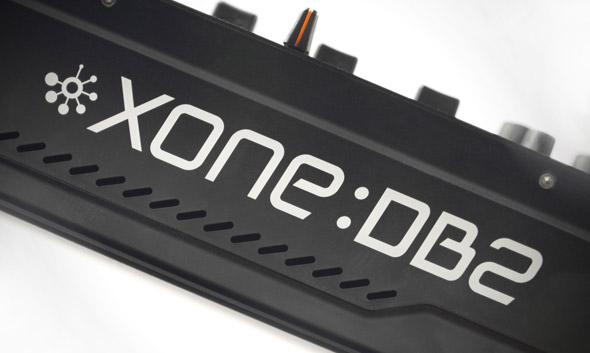 Xone:DB2 digital DJ mixer from Allen & Heath puts the creative control of digital audio in the DJ’s hands, with an FX engine designed for the dance floor. It features two DSP FX engines that each offer 5 FX types packed with 50 presets including delays, reverbs, resonance, and modulation, with more additions planned in further DB2 updates. The input matrix on the DB2 allows you to route the same signal to multiple channels for extensive FX control. There are three modes of EQ, featuring full kill, standard asymmetric and filter modes. This lightweight mixer features MIDI control and a studio grade audio interface. The DB2 also allows you to connect multiple devices such as the Xone:K2 over Allen & Heath’s very own X link protocol. This four channel mixer hits number five in our top ten for live equipment in 2012. 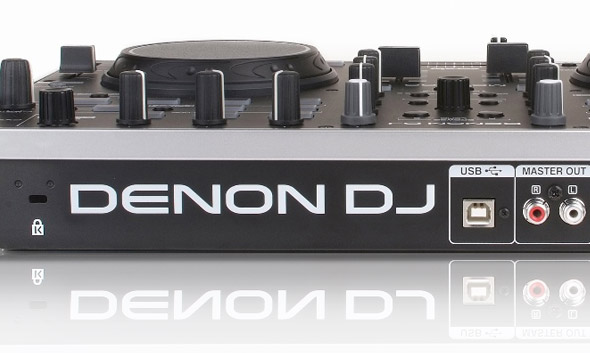 Denon’s MC2000 DJ controller can’t be beaten for simplicity. If you are new to computer-based DJing then this sturdy and well laid out controller is ideal. It performs all the simple functions you need, offering robust integration with Serato’s DJ Intro without any excess fuss. One of the things that has drawn us to this controller is the quality of all the control fittings. There is very little plastic here and Denon have produced a  hard wearing piece of hardware indeed,. with two decks, both containing comprehensive loop control and four hot cue buttons. If you are new to DJing you want to learn on a unit that will allow you to perform with confidence and flexibility, then this controller will bring the most benefits. 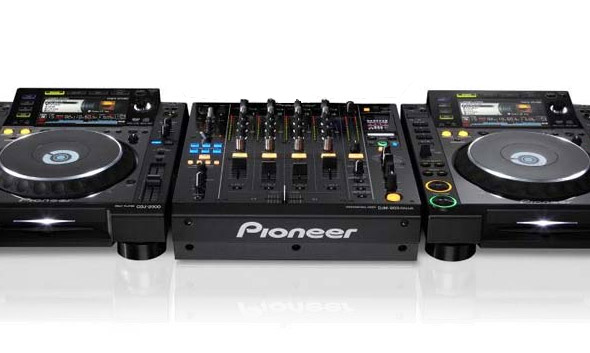 A retrospective on what was new in the world of performance equipment in 2012 wouldn’t be complete without the inclusion of the Pioneer CDJ2000Nexus. The hugely popular industry standard CDJ2000 got an upgrade earlier this year that included better master tempo implementation, enhanced connectivity over LAN, improved jog wheel tension control, slip mode and the ability to load music to the deck via USB or Wi-Fi. Preparing sets using Pioneer’s rekordbox software became even easier, allowing DJs to save all of their favourite cue points and loops before even setting foot in the club. Pioneer also announced an upgrade to their DJM2000 mixer, with the DJM2000Nexus further enhancing their family of performance DJ equipment. 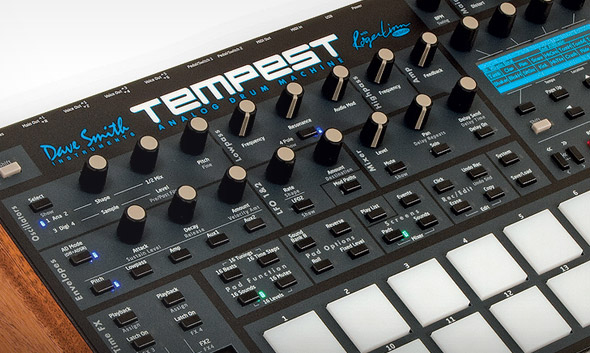 This flexible drum machine from Dave Smith and analogue drum machine guru Roger Linn has been popular in the studio as well as in the DJ booth. It has two oscillators, two LFOs and 58 destinations for modulation; there are 16 touch sensitive, back lit pads for creating beats or basslines as well as banks of classic drum sounds, all of which are fully editable. It is also possible to mix wave forms and create your own drum sounds from scratch using analogue wave forms, digital ones or a mixture of the two. There is a 16 step sequencer designed by Linn that includes swing functions straight from the MPC groove box. The creation of tuned analogue synth sounds such as basslines for incorporation into your sequences is another nice feature here. The Tempest’s flexibility makes it the only piece of equipment making it into both the live and studio top ten lists. 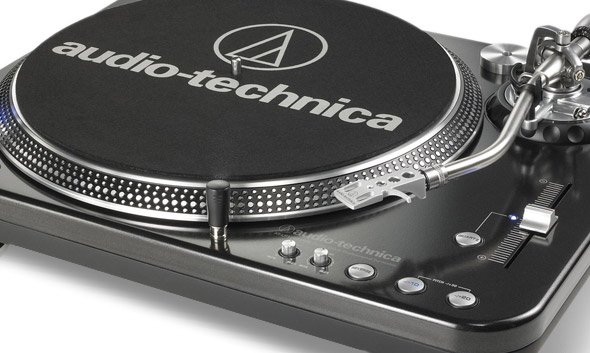 This professional quality DJ turntable has been well made, with a cast aluminium platter designed primarily for use in nightclubs. However one of its key features is that it can be used by music lovers to convert their vinyl collections into a digital format. Its sleek, elegant black and silver design fits into any stereo music or home system, and its built-in switchable phono preamp enables it to be used with a wide variety of receivers, powered speakers and other A/V equipment. The S shaped tone arm has an adjustable counter weight and anti-skating features. Being able to operate at 33 1/3, 45 or 78 RPM, this turntable is compatible with both Mac and PCs using Audacity software to convert records to digital files. 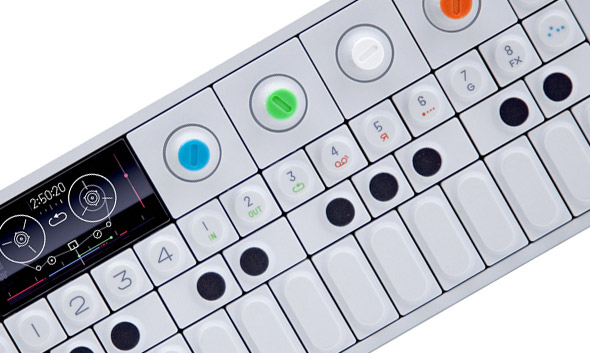 Finally, in this round up of the best of live equipment in 2012, we feature the OP1 from Teenage Engineering, a synthesizer that features eight synth engines including sampling and a four track tape recorder. Its small and well-constructed exterior is reminiscent of the kind of products associated with Apple; the synth engines have enough variety and modulation possibilities to allow you to get a surprising amount of depth from this little unit. Record your drum patterns and synth and sample lines to the four track tape machine and use the built in FX to EQ and compress each channel. The OP1 also acts as a MIDI controller for any software you may use. It’s a well designed little workstation with loads of added surprises.