Until recently, it had been a little while since we last heard any Afrikan Sciences material from Eric Douglas Porter. At one point there was a distinct flurry of activity around the Bay Area-based Deepblak mainstay when his Theta Wave Brain Sync album caught everyone’s attention in 2013, leading to a swift follow-up on PAN – the excellent Circuitous. Then there was also the collaborative album with fellow astral electronic traveler Aybee, Sketches In Space, and a spate of live shows both solo and in tandem that demonstrated what a vital creative force Porter is in possession of. Last month, however, brought news of a Les Gracies LP from Porter and French artist Gaël Segalen which is pencilled in for August and Deeplak now reveal an Afrikan Sciences transmission is due around the same time too.

While it may not be an entirely new affair, Means & Ways atleast brings some fresh perspective to Afrikan Sciences material from the vaults. Originally released in 2011 back when Deepblak was still putting out a lot of digital-only business, a few key cuts from the album did make it onto the Means & Ways EP, but the album has otherwise lingered a little behind the recognition afforded to the other two albums. Some of the tracks that were picked for that intial EP point to a more focused rhythmic structure – welcome news for DJs who have tried beat-matching Afrikan Sciences tracks in the past. However there is still plenty to confound and delight the mind in equal measure, and it’s a deserved nod to Porter’s craft that such an album should have a full real-world pressing. Take a listen to the excellent “Spirals” from the album in the YouTube video below.

Deepblak will release Means & Ways by Afrikan Sciences on August 15. 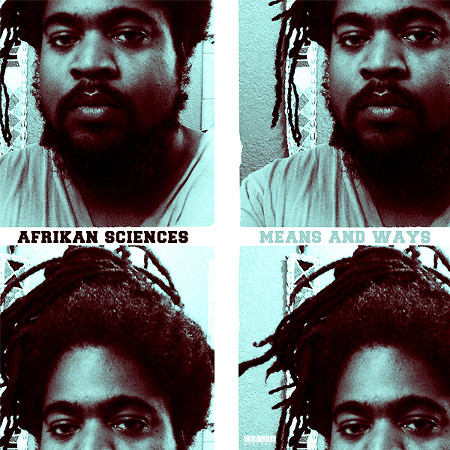