The resurgent Perth artist is back with new material for a label close to home.

Much like the rediscovery of Micronism with a reissue on Delsin last year, Ewan Jansen represents something of a hidden treasure of deep house and techno from the South Eastern hemisphere. Going Good did aficionados of the sound a solid in shining a light on the man behind the cult Red Ember label, digging out some unreleased archive material that surely triggered a swathe of disappointing trips to Discogs to find lathe cut runs of 40 keeping much of the existing Jansen material in extremely short supply. It’s not all hopeless though; there was an album on Moods & Grooves, and in more recent times the Perth-based producer has been approached by Berlin crew Hardworksoftdrink and Chez Damier’s Inner Balance sublabel to release further new wares. Even if some of the older material is hard to come by, Jansen appears to be reinvigorated by this fresh rush of interest so one can only hope this is the start of a consistent trend.

Following releases from TX Connect and Bobby Draino, Adelaide Soundworks turn to Jansen to provide six tracks that make up the Dispersion EP, reportedly spanning “beats from the present and days gone past.” There is a mixture of slower broken beat styles, sublime horizontal house and more besides across fully formed release, with a 35-minute run time that certainly gives listeners plenty of bang for their buck. Take a listen to clips from the release below and be ready to jump into action to beat the prospectors when the record lands later in the summer. 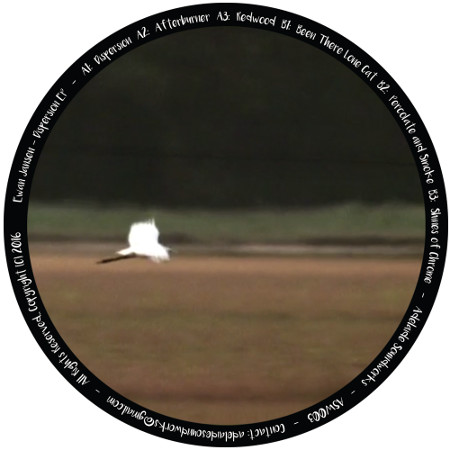 A1. Dispersion
A2. Afterburner
A3. Redwood
B1. Been There Lone Cat
B2. Percolate and Smoke
B3. Shines Of Chrome