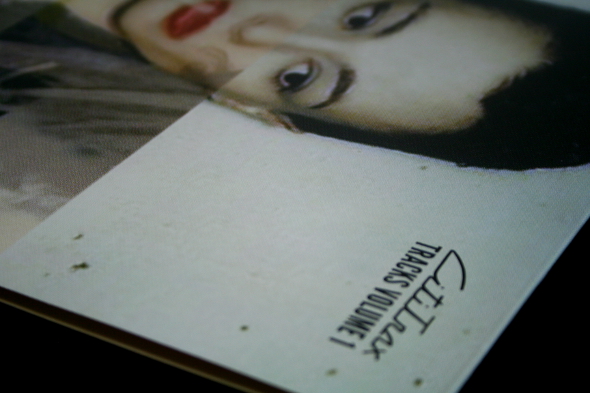 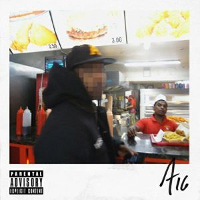 After he debuted the St Julien alias with a self-titled EP last year, the man better known as Funkineven returns with another round of moody electro sizzlers that represent the more measured, introspective end of his repertoire. There is still plenty of bloated synth action going on to keep fans of his prior work happy, but the atmosphere here is very different from the boisterous future-boogie flex the man has made his name on. “Institute” leads the charge with a slow-stepping menace that it’s hard to refute, keeping the beat cool and deadly while the lead oozes filtered sleaze all over the joint. “Evenbud” may be a little lighter in tone, but there is still an emotional push and pull coming from the low end, while “Pulse” has no confusion about its nefarious intentions with a peppy tempo and some unrelenting arpeggios to contend with. “Luv Triangle” may be the slowest of the lot, but it doesn’t pack any less weight even as it channels a BOC-warbling serenity in amongst the laconic boogie, further rounding out the identity of this new facet to Steven Julien’s creativity.
Listen/buy vinyl

After the first release on Blip Discs, O’Flynn’s Tyrion/Desmond’s Empire, garnered a feverish response following some high profile plays and a surefire party-starting intent, it sounds as though label boss Tom Blips is primed to follow suit with this second release. The premise is simple, working carefully managed African percussion into a contemporary club context that sits just as smoothly alongside rolling house jams as it does more bassy fare, worming in some subtle touches of synthesis and turning the pressure up. “Wrong Guanco” rides on a wild salvo of congas and bongos that tumble over each other like scrapping kittens, rising and falling in a natural flow that makes for the perfect DJ-friendly crowd heater. “Shekere” is no slouch either, spacing out the percussion a little more but keeping the same drum focused fireworks on hand for a sure fire thrill ride that will no doubt fly off the shelves.
Listen/buy vinyl

As you might expect from their respective legacies on Opal Tapes and L.I.E.S., when Bookworms and Patricia join forces as Pulpo the results are seriously gnarled and rowdy. The Russian Torrent Versions label has being doing a fine job of championing noisy techno for the past couple of years with help from Beau Wanzer, Svengalisghost, Vereker and many more, and yet again the label carries some essential club tackle for those who like their dance music as dirty as possible. It’s not all knuckleheaded distortion on these four tracks though, as a dynamic flair shines through in the pummeling synth lines and bludgeoning beats, from the electro bleep freakout of “Track 1” to the murky shiver of the melodic hooks on “Track 2”. The B-side sports some more esoteric flair, but the grunge doesn’t let up once, which is exactly as it should be on a record such as this.
Listen/buy vinyl

In the continued march of Richard D. James and his freshly opened vaults, Warp have snagged a mini-albums worth of material from the not-too-distant past that seems intended for dancefloor purpose. The tracks certainly still exist in a world unlike most conventional dance music, but this feels like a more primal, dead ahead twist on the AFX sound with the usual flashes of brilliance. “Oberheim Blacet1b” in particular dazzles with those emotional shockwaves that could come from no other artist, all contained within a dexterous acid-electro casing that should satisfy even the most jaded of long time fans. There are some hardcore stylings that nod to the Polygon Window era on “Simple Slamming B2” and captivating ambient weirdness of the highest calibre on “Midi Pipe1c Sds3time Cube/Klonedrm”, but really every track is its own beast and sounds leagues ahead of anyone else, which is what you would expect at this stage in the game.
Listen/buy vinyl

One for all the concept lovers out there, former Death of Rave and Anòmia contributors N.M.O are back with what may well be their most challenging release to date. The duo of Ruben Patino and Morten J Olsen have already established that they laugh in the face of convention, and they pushed the idea even further with a performance at a festival in Beirut that found them toying with tempo and the effect it has on the listener. This hour-long performance has been reproduced for vinyl, condensing the notion down into a two part head spinner that finds live drums and wayward electronics jostling with each other as the speed gets progressively quicker over three minute bursts. What starts out sparse and sluggish progressively heats up into a thrilling crescendo that challenges as it entertains.
Listen/buy vinyl 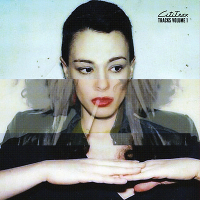 Arriving with some eye catching artwork sourced from polaroids of New York’s 1980s clubbing scene, Cititrax belatedly get their series of various artist 12” releases under way in rip roaring fashion. As keen advocates of Doug Lee’s current sonic direction under the name An-i, we’re naturally filled with glee to see the Berlin-based artist representing here with “Mutter”, a typically deranged production that pulses with a dark, unsettling force. Another Cititrax regular, Broken English Club, features too with “Glass” perhaps offering some insight into his upcoming album for the label – more on that soon! This 12” also introduces some new but familiar names to the Cititrax cause, with Shanghai L.I.E.S. affiliate Tsuzing making a logical leap with another slab of uneasy EBM. The most interesting addition, however, is Amato, the debut of a new endeavour from noted French producer The Hacker, perhaps suggesting we can expect more of his pounding body music on Cititrax?
Listen/buy vinyl 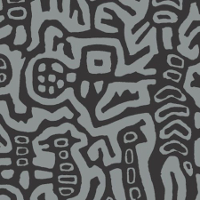 When news of a joint label venture from Stuart Leath and Lindsay Todd first emerged, anyone with a firm grasp of their tastes in music would have known to expect the unexpected from Sacred Summits. Launched as a platform to reissue strange records, “be it cave-dwelling, tree-dwelling or synth-dwelling sounds,” in deluxe packaging, Sacred Summits has thus far introduced us to Mexican musician Luis Pérez and delved into the back catalogue of Colin Potter. A fourth release brings to attention the late ‘80s proto techno activities of Tilburg outfit Psychic Warriors Ov Gaia, specifically a rare cassette album which liner notes from founding member Reinoud van der Broek suggests was recorded as a direct result of a nights raving at a party in late 1988. Much like the reaction to listening to some of Frak’s earliest experiments, it’s hard for the mind to reconcile with the fact this album was recorded in 1989.
Listen/buy vinyl 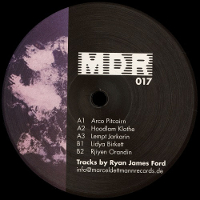 Marcel Dettmann welcomes a new name to his expanding MDR roster in Ryan James Ford, a Canadian artist based in Berlin. Ford first surfaced in latent fashion by having his track “Arthure Iccon” open Dettmann’s qualified fabric 77 mix, and this debut record by RJF is one Juno Plus has been keeping its eyes out ever since. MDR17 is worth the wait, with Ford delivering a lightly hued five-track EP of rolling club tracks and two ambient numbers. The drums of each dancefloor production on board lightly hover above a bedding of deeper, soulful tones, with the B-side cut “Lidya Birkett” the perfect kind mellow techno made for a cooling rainy day. On the more esoteric front, Ford’s best cut is the sombre “Lempt Jarkarin”, with the sounds of synthesised fireworks in the distance a wonderfully delicate touch.
Listen/buy vinyl 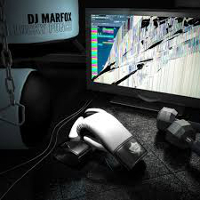 Since making his way to Warp Record’s Cargaa series, DJ Marfox is a Portuguese artist whose music can be traced back to the streets of Lisbon, and the Príncipe Discos label he helped inaugurate in 2011 with the Eu Sei Quem Sou EP. Alongside DJ Nigga Fox, the Afro-Portuguese producer ranks up there as one of the core artists twisting up kuduro, batida, and funaná musical styles, and now he lands on New York’s Lit City Trax. Marfox steps up to the label, responsible for releasing a selection of Visionist EPs and DJ Rashad’s Teklife Volume 1 Welcome To The Chi compilation, with a variation of club tracks; from the lively Portuguese rave of “Terra Batida” to the broken beats, junk yard percussion and electrical hum and buzz of “Noise”. It’s “Lucky Punch”, reminiscent of Para One’s “Def Tea Machine”, which really stands out, as does “Beat & Break” and “Heartbreak”, two productions cut from the same cloth only much different in speed.
Listen/buy vinyl 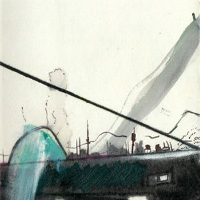 Shapednoise – he’s up in everyone’s camp at the moment, building bridges to different genres and styles in the process. What a guy. Following surprise collaborations with Mumdance and Logos, which has seen him wholly embraced by the UK’s bass community, Shapednoise is back in the world of darkly sound design that followers of his Violet Poison fare and solo output on Repitch Recordings, Opal Tapes and Hospital Productions will feel more comfortable with. This collaboration with Stuart Argabright’s Black Rain project lands on Shapednoise’s newly launched Cosmo Rhythmatic label, launched only recently with by a Franck Vigroux 12”, and here Argabright and Shapednoise deliver three tracks of asphyxiated battle blasts, with a snappy Aphex Twin-styled remix of “Interceptor” by Miles Whittaker of Demdike Stare.
Listen/buy vinyl