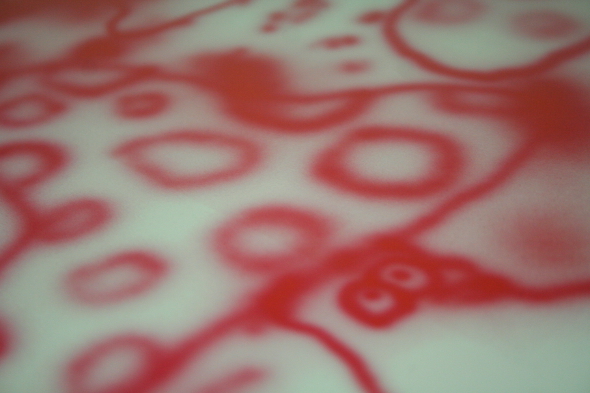 Albums from Gonno, The Host, Prurient and Mike Cooper to a self-released EP by Golden Teacher, a DBA Dubs 10″ and loads of experimental bass music.

After two prior split releases that featured Wen, Facta, Acre and Hodge, it’s become clear Wisdom Teeth is committed to showcasing two artists on each 12”. For the third installment it’s the job of former Soundman Chronicles and Keysound producer Etch to join up with label co-founder K-Lone, and each lay down a classy demonstration of low end acrobatics for the new generation. Etch is up first with a squidgy take on swung, moody house music that fits in neatly with the aesthetic being pursued by the previous artists on Wisdom Teeth, even at its noticeably slow tempo. K-Lone meanwhile taps into a sleek reduction of electro that equally plies a distinctly UK trade with its mean bass moans and spooky atmospherics. At this point the combination possibilities for this strain of dance music seem infinite, making this the kind of record that could pop up in a myriad of bags.
Listen/buy vinyl

From his roots in Algeria to his current residence in Istanbul, El Mahdy Jr has started to emerge on the international radar through his connections to Boomarm Nation and Danse Noire, and has quite rightly caused a stir in the process. Fusing western notions of broken bass-leaning production with sources and inspiration closer to his personal heritage, the young and gifted producer has already proven his worth on a LP last year, and now he returns for a second excursion that drifts into ever more experimental territory. Comprised of found sounds, dusty tape rips and submerged production, Ghost Tapes comes on like a very intimate and pleasingly beguiling tour through the imagination of a spectral talent. With slithers of ideas constantly drifting in and out of the mix, the journey on both sides of this record never dulls even as it treads ever so softly.
Listen/buy vinyl

Having been somewhat low key over the past couple of years, Barry Lynn (better known as Boxcutter) is apparently back in action with a new single on his own Kinnego Flux label. This album for Touch Sensitive revives his alias The Host that last appeared on a self-titled album for Planet Mu in 2012. The tone here is very much rooted in lush ambience that flows from Lynn’s spread of instrumentation, whether it be plucked guitar and bass or winsome synth lines, all expressing a vague concept that hovers around social experiments and secret societies. All the tracks sport their own unique characters, even as they rapidly drift past in the compact half an hour run time, but this is certainly a cohesive piece to be experienced in one blissful sitting.
Listen/buy vinyl

Marching out of the Green Door Studio in Glasgow with an ever-strengthening reputation, both on stage and record, Golden Teacher are back on their own terms after getting marvellously messed around by the dub processing of Dennis Bovell for Optimo. This self-released single shows the band going even deeper into their tribal influences, especially on the delay-rich throw down “No Hemos Vivido”, while “On The Street” whips up a carnival rhythm underpinned by the militant chant of Cassie Ojay. The stripped down intensity of the whole EP shines through, focusing on stark beats and vocals with just the lightest flecks of dubwise effects trickery needed to fill the gaps. It’s a potent blend that reveals yet more thrilling sides to this most fascinating of groups.
Listen/buy vinyl

As a producer, Prince Owusu-Agyekum has plenty of credentials working as part of Ruff Sqwad, as well button pushing for Tinchy Stryder and more recently Future Brown, but now he steps out on his own with this self-titled EP for Butterz.  No punch is pulled on this tough four-tracker, with “Hear This” in particular whipping up a frantic energy thanks to a monstrous bassline and an infectious level of reverb on the brittle drums. “Rebore” is equally feisty, with some grime stabs in tow, before “Pepper Riddim” even more overtly embraces plastic string and brass hits in a decidedly crowd-pleasing move. “Licence” has its own slightly moodier swagger, smartly rounding out an EP with a balance of minimal and maximal styles depending on your preference.
Listen/buy vinyl 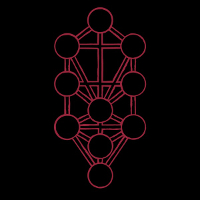 Earlier this year Deadboy’s first release away from Numbers since 2011 landed on Local Action with the six-track White Magick EP. Described by Philipp Weichenrieder in his review as “a first-class example for a minimalist, yet sonorous, design of weightless grime,” it ranks up there as one of the label’s most popular releases alongside Yamaneko’s Pixel Wave Embrace, and Slackk’s Palm Tree Fire. Local Action have now decided to give Deadboy’s entry into their fold a second run, and as we reported when news of Black Magick broke, this vinyl-only release (replete with screen printed sleeve) provides what’s been described as “club-focused edits” of three tracks from White Magick. Furthermore, it features a bonus VIP mix of “It Did Not Feel Right” first released digitally on Bristol label Crazylegs.
Listen/buy vinyl 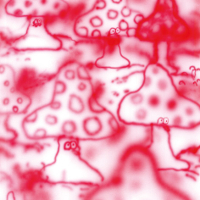 Japanese artist Gonno has been kicking around for a decade now and the artist has an interesting discography to his name that includes labels like Perc Trax, International Feel (who employed Skudge for a remix of “Acdise #2”) to Endless Flight and Beats In Space. Gonno’s Obscurant 12” has already been a highlight of 2015 with Call Super doing a fine job on the title track with his Inna Loft remix, however it’s Remember The Life Is Beautiful that everyone has been waiting for. At eight tracks long, Gonno’s second LP feels like his most accomplished work to date and it gives much warranted attention to Sunao Gonno’s emerging style of production which feels like the artist swapping his grey scale techno suit for a Technicolor dreamcoat – “Worst Day Ever” and “Confusion” our favourites!
Listen/buy vinyl 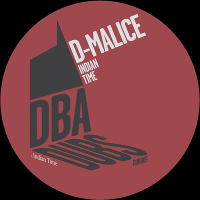 Don’t Be Afraid sub-label DBA Dubs is proving a neat little trove for Semtek to release a strand of music that might not quite fit his house-minded parent label. Considering D-Malice’s releases before this have come through labels like Defected and Z Audio offshoot It’s Funky, D-Malice’s inclusion to DBA dubs isn’t that far-fetched if you consider sonic experimenteurs like Kelpe have appeared on the label in the past. Malice delivers a Middle Eastern-themed UK Funky number that Basic Soul Unit transmogrifies into a beat down monster thanks to a brutal kick drum and swathes of dubby atmospheres, and it’s the Canadian artist’s heaviest rework since his unheralded take on Dj Nibc’s “Hold On”.
Listen/buy vinyl 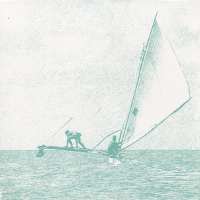 Room40 is one of those unheralded labels that consistently puts out music by names that are slowly becoming all the more familiar; like label founder Lawrence English, Taylor Dupree and Rafael Anton Irisarri (throw in Ben Frost and Beemask’s Vaporware for good measure.) It’s now time we add Mike Cooper to that list, a British folk artist who’s been releasing music since 1969, and this Fratello Mare LP provides his third album on the label since he made his Room40 debut in 2008, however this feels like something extra special. Each narrative-driven track is a minute and a half long and plays out like a mournful, deconstructed surf rock record that’s unsettling yet incredible relaxing at the same time, and pieces like “Street Beneath The Beach” and “A Cinnamon Peeler” will push and pull you in two separate directions on every listen.
Listen/buy vinyl

It wasn’t really long ago that metal heads lamented ‘techno’ and electronic music, but as genres dissolve and dilute, the area between noise and drone coming out of both camps is becoming all the more blurred, albeit conjoined. There has, however, been a crossover with bands like Sunn O))), and more recently with artists like Varg who are helping reinforce ties between Scandinavian metal and techno, but they’re aren’t many electronic producers who can say they’ve released on the same label as Leviathan and Californian group Isis. While there are more palpable passages like “Shoulders Of Summerstone” and “Greenpoint”, it’s tracks like “Dragonflies To Sew You Up” and “Traditional Snowfall” that prove why Frozen Niagara Falls by Dominick Fernow’s Prurient alias is fair game for a label like Profound Lore.
Listen/buy vinyl