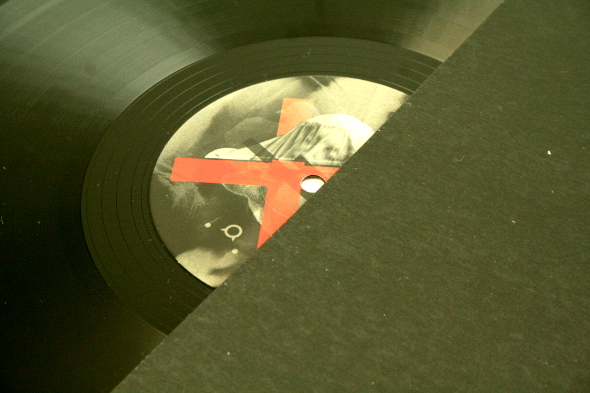 Alland Byallo has been releasing records for a decade and since 2010 or thereabouts he’s remained a low-lying omnipresence in electronic music. The American’s foothold in a style of minimalistic house music suited to labels like Poker Flat and Morris Audio means Byallo’s recognised profile continually skirts a periphery between the underground and what music publications consider news or review-worthy. To these ears, however, this Dead Ringer 12” for his Berlin-based label Bad Animal is his best. 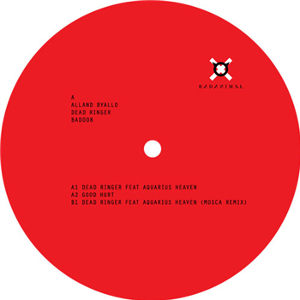 Following a release for Delsin sub-label Ann Aimee, A Thousand Year’s Wait, UK producer Mosca has thrown caution to the wind his production palate is sweet to the taste of straight up techno. So his appearance on this record in remix form is reason enough for a listener not usually attracted to Byallo’s music to at least find it enticing. The main port of call here though are the A-side’s “Dead Ringer” and “Good Hurt”, two productions which suggest Byallo may also be tacking his sound to the winds of change.

Vibrating 909 tom drums tough as what Luke Slater is capable of paired with off-beat cracks of swung percussion in “Dead Ringer” should coax any techno head into wanting to hear more. Byallo builds tension with a sustained chord before liquefying the mix with a THX-quality sine wave bassline extraordinarily heard in the most technically advanced productions of Romania’s arcane minimal scene. A Rastafari waxing of Aquarius Heaven’s spoken word adds fitting lyrical content that’s more in line with the chilled out wisdom of Paul St. Hilaire than the smoke inhaling Jamaican dub poetry of the late Stephen Gordon, The Space Ape. And it’s the cherry sweet twinkling of keys sprinkled on top that make Byallo’s title track so adorable.

Stripped-back beats of shimmering dub is “Good Hurt”. A track with a kick drum thump that sounds as if it’s coming from inside a cardboard box covered by a thick, woollen duffle coat. Hi-hats are harsher this time and roughly sequenced servicing more of a rugged groove compared to the silky off-beats of the A1, and a forlorn ‘it feels so’ vocal triggers the same emotional receptors you get listening to Traumprinz. Mosca, as mentioned, doesn’t go techno-tough on his remix to the lead cut but he delivers a colourful club construction nonetheless, with the Night Slugs graduate simmering down the original’s dusky atmospheres to give extra emphasis to the sweet chime of “Dead Ringer”.