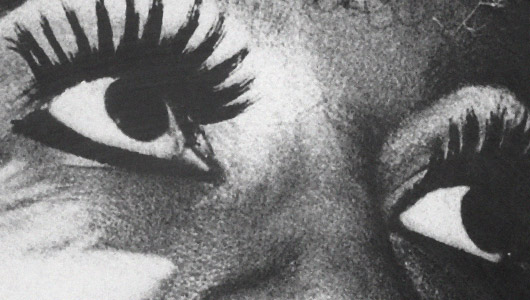 The week here at Juno HQ was dominated by New York City – with two of its many music legends providing us and you with some illuminating features. On Monday we revealed an illuminating discussion that took place with house music ledge Marc MK Kinchen, whilst we’ve allowed enough time for the flour to settle on today’s brilliant cook & chat session with Liquid Liquid’s Sal P.

In between preparing those features, an avalanche of twelve inch shaped goodness appeared on the horizon and swamped our desks, lead by the latest missive from Mr Theo Parrish. Released on his own Sound Signature label, STFU is one of the producer’s more challenging productions of late, channeling analogue grit over constantly creaking and jerking drum programming and sounding unlike any other artist right now.  It seems natural that whilst mentioning Mr Parrish the quite amazing Shadows double pack from Eglo figurehead Floating Points also arrived, featuring some deft productions Theo himself would be proud of.

A shedload of Hardwax goodies arrived, led by the fifth release from Equalized aka Shed, and was perhaps the most intense one yet thanks to the gnarly acidic bassline at the core of the A Side. Straightforward techno it may be, but the Equalised material is imbued with the kind of demented energy that characterises the best Shed productions. Alongside that Frank Timm slipped out further examples of his prowess as both Soundstream and Soundhack on the debut Soundsampler twelve inch which also featured the excellent “Over & Over” from the mysterious TSOS – a highlight of Prosumer’s Panorama Bar mix from earlier this year.

Speaking of mysterious producers doing excellent work, this week saw the return of Eros, the shadowy purveyor of tape delay disco edits far removed from the over abundance of soulless Soundcloud graduates. Eros 02 arrived with no fanfare but surpassed the excellent debut release and confounded any attempts at sample spotting; the last track however will certainly find favour with those who enjoy the endeavours of Future Times and L.I.E.S. If you prefer your discotheque action more industrially charged then Two Different Ways, Factory Floor’s ascendance to DFA is a perfect fit for such tastes, with the throbbing Nik Void enhanced A Side complemented by the meatier, beatier Body Music vibes of the B Side.

In the ever expanding realm of the global bass continuum or whatever it’s being called this week, there was plenty to take your fancy. The double vinyl self titled collaborative album between Shackleton and Pinch for example was complemented by the arrival of the debut Sepalcure longplayer and Gold Panda’s DJ-Kicks effort across the same amount of wax, and R&S staked a late claim in the 2011 compilation game with the deluxe triple vinyl edition of their IOTDXI label showcase. Should you be seeking slimmer pickings Ninja Tune, Hemlock and Nonplus all delivered with debut 12″s from FaltyDL, Guy Andrews and Doubleheart respectively.

Over at Juno Download, the frankly excellent debut album from perennially underrated Aussie duo Canyons arrived and it was a grandiose mixture of bubbling electronic pop, Azari & III-ish retro-futurism, fuzzy blue-eyed soul and boisterous synthscapes. The aforementioned Factory Floor and FaltyDL EPs also hit the digital domain, as did Pinch & Shackleton’s stunning collaborative album and a must-check EP from Salva.

Meanwhile Mojuba sub-label a.r.t.less released some long overdue material from Martin Bonds; as Reel By Real he released the 1990 classic Surkit, and now, with Surkit Chamber – The Melding he has released his first new material under the moniker in almost 20 years, a pitch perfect updating of the classic sound of Detroit techno. Elsewhere Maria Minerva capped off 2011 with this six track EP for 100% Silk, which found her moving her sound forward, and swapping her lo-fi tape aesthetic for something altogether cleaner and dancefloor focused.

On a CD tip, the excellent Conducted mix from Marcel Dettmann arrived late in the week – the Berghain DJ’s robust mix featuring the likes of Shed, Silent Servant, Roman Lindau and a lost gem from Bluemoon Productions proving to be the perfect way to soundtrack the slide into yet another weekend…