Josh from Posthuman’s devotion to acid house, not to mention crazy concepts, cannot be underestimated. We profile his Balkan Vinyl empire 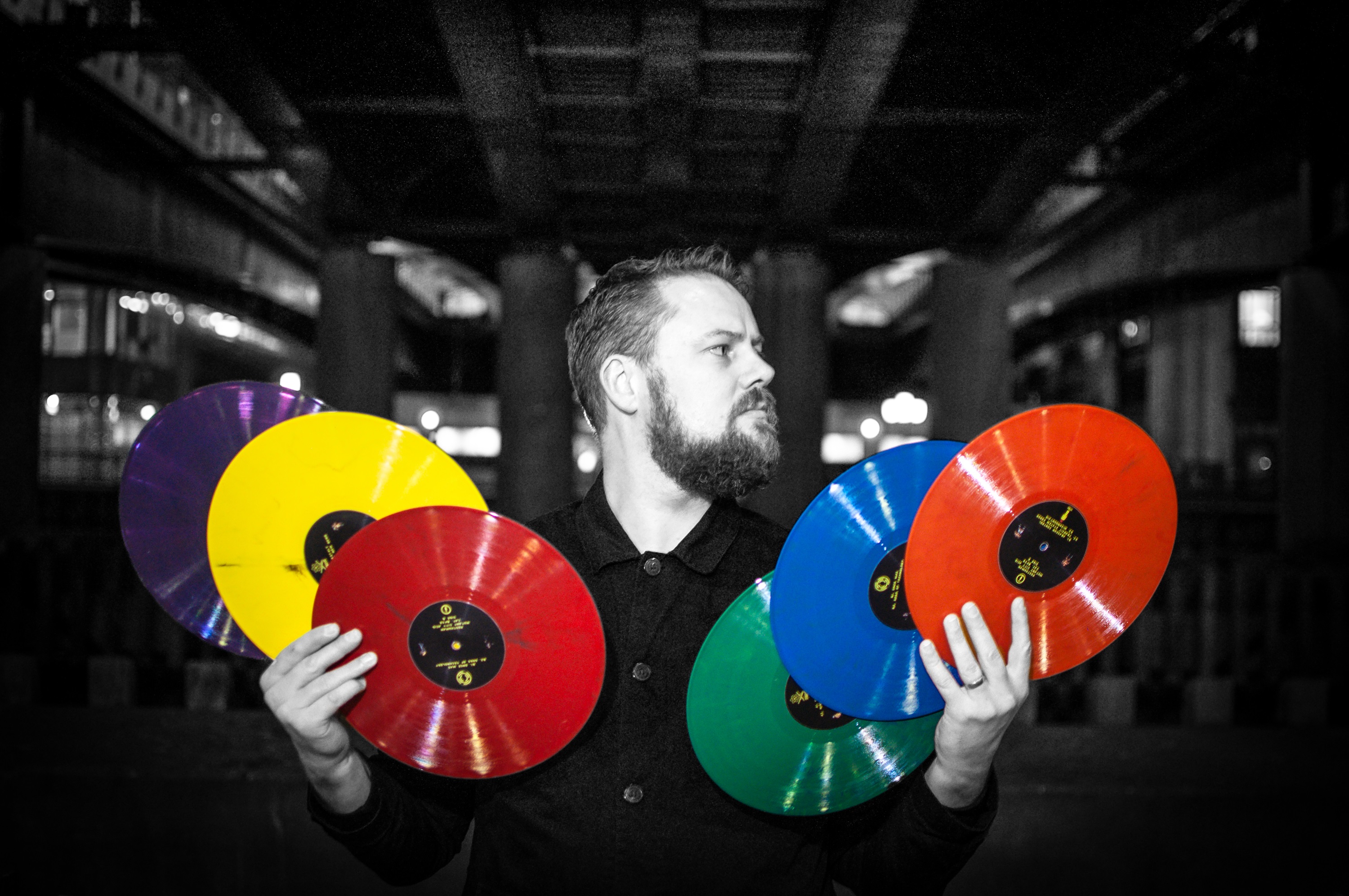 WHAT’S THE NAME OF YOUR LABEL, AND WHO RUNS IT?
Balkan Vinyl, and it’s run by me – Josh from Posthuman.

WHEN & WHY DID THE LABEL START?
I’d been involved in a couple of other labels previously, Seed Records which was founded by myself & my cousin Rich (the other half of Posthuman) back in 2000. I left the label in 2006, when it was taken over by our good friend Bruce McClure. After that I briefly worked for B12 Records but I really wanted to do something creatively myself.

The idea for Balkan Vinyl back in 2010 was initially just six records. Each with 4 different artists, but also CDs included in the sleeves with the digital plus extra tracks. I called it Balkan because it was going to be themed around a series of amazing brutalist architecture photos from the Balkan region. Unfortunately, after I’d planned everything – those same photos went viral on reddit and Facebook, and I didn’t want it to look like I’d just lifted a viral post! So I kept the name but instead went with six colours.

The records all sold out, and it was followed up with more releases and slowly formed into a fully fledged label.

Since 2007, I’d also been running a clubnight called “I Love Acid” based around Luke Vibert’s anthem. 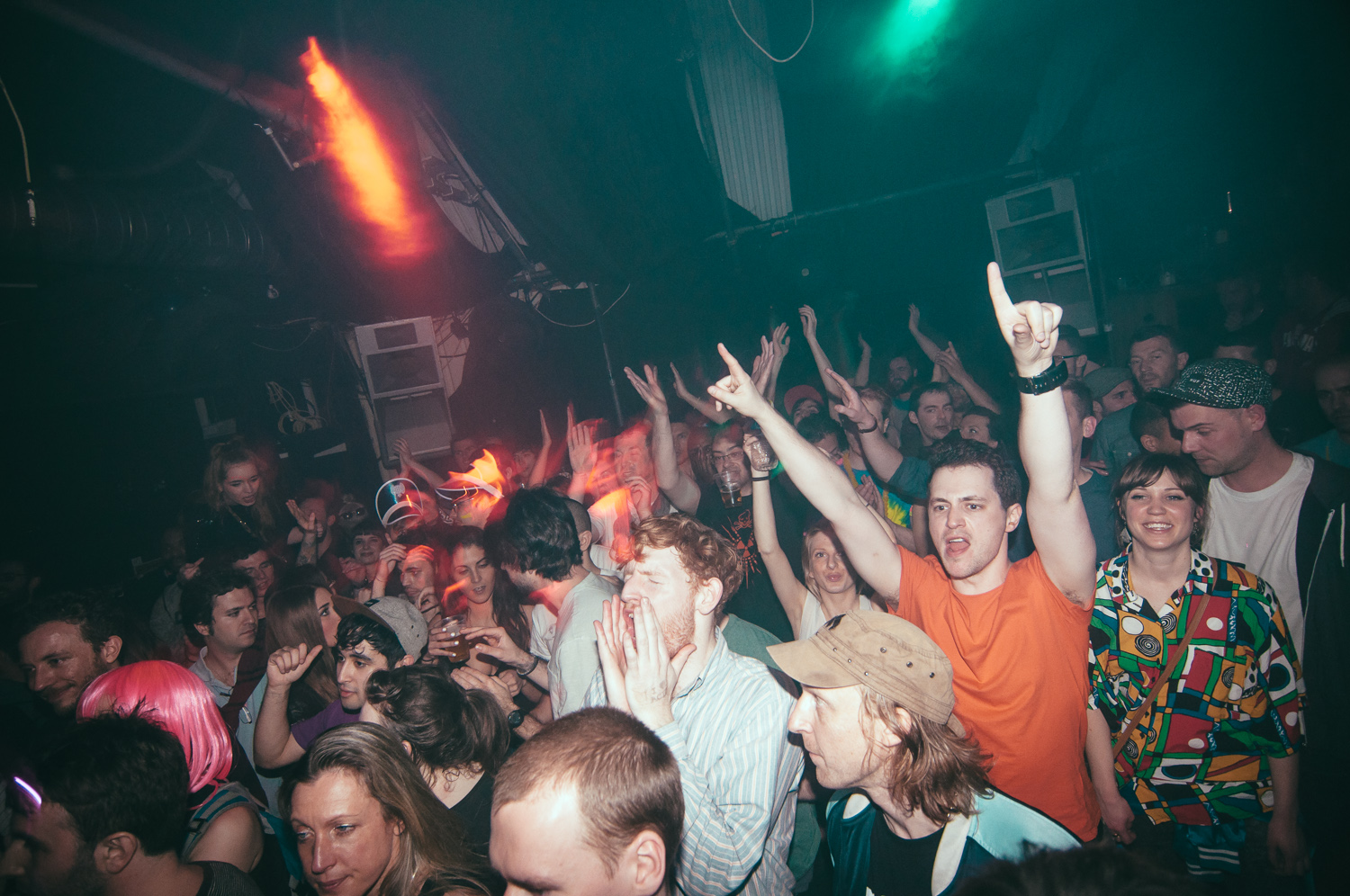 In 2014 I started a vinyl-only sublabel with the same name – just the idea of doing 303 copies only, heavyweight vinyl, hand numbered and stamped. I had no idea it would be so successful, It’s up to number 24 now. Every single one sells out, the last few in less than an hour. There’s been a couple of special editions where it exceeded the 303 number though – Luke’s album “Valvable” in 2019 for example.

GIVE US A BRIEF SUMMARY OF WHAT YOU’VE RELEASED SINCE THEN….
Lots of acid! Electro, techno, house…all sorts. The label roster has evolved over the years but there’s regular releases all the way through from Luke Vibert, Chevron, Global Goon and ourselves.

I’m a fan of elaborate, maybe even silly, projects. There’s a series of 7” releases called “Rave Wars” that are made to look like parodies of vintage Star Wars action figure packages – I collected hundreds of vintage figures (1977-1985) and I seal one on the front of each record, in a blister. The music itself is Star Wars themed rave tracks, and on the back you even have the list of all the figures to collect. 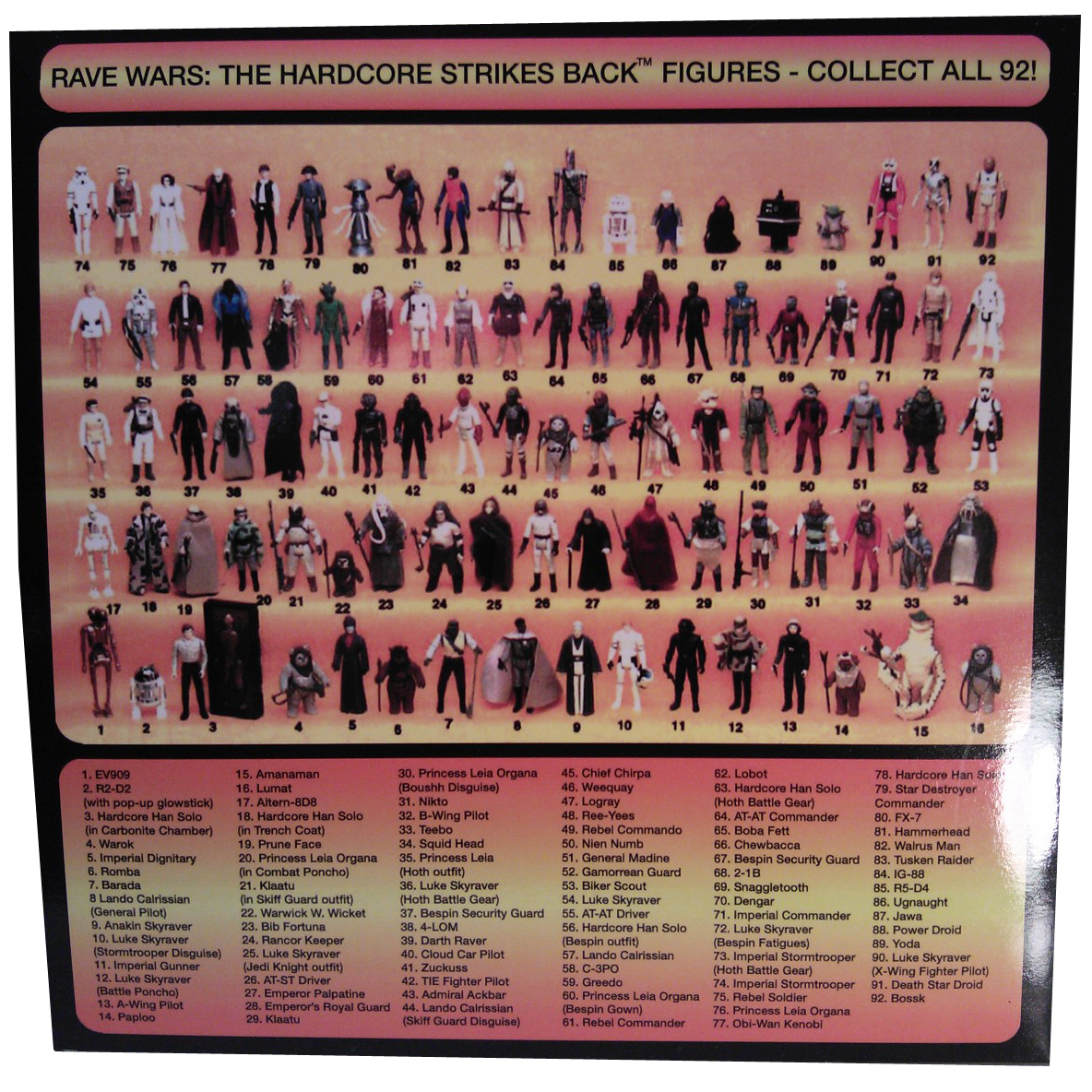 Our Posthuman album Mutant City Acid back in 2018 was the first ever completely random coloured vinyl pressing. We livestreamed the entire thing from the pressing plant, with livechat with the engineers, and kept randomly changing the colours in the hopper. It meant there were around 100 different possible combinations of colours for the double vinyl release.

For I Love Acid’s 10th anniversary, I had USB sticks made in the shape of a TB303

Also a couple of years ago I pressed 100 copies of a 7” and sent it to 100 long time supporters of the label, including personal messages where I could thanking them. To this day, not a single one of them has ever flipped it second hand on discogs, despite it being pretty much the rarest thing on the label.

WHAT QUALITIES ARE YOU LOOKING FOR IN THE MUSIC YOU RELEASE?
Quite simply, music that I like, by people that I like.

The way I find music for the label is much more actively asking artists than listening to demos. I’ve learnt over time that the people involved are just as important a factor – especially when you’re a small independent label so there’s less money to work with. So I tend to find artists who have released music that I’m into, and get to know them personally, before asking for tracks. It’s just me and I’m very hands on, so making sure there’s no clashing personalities is a big factor!

WHAT KIND OF VISUAL IDENTITY DOES THE LABEL HAVE (ARTWORK, VIDEOS ETC) ?
Until now, I’ve been doing all the artwork – occasionally an artist will supply art for their own releases but that’s rare. This year though, my sibling Leo will be getting involved more. They are a graphic designer by trade and far more talented than me.

I also do all the websites, the flyers, the promo etc. The label doesn’t make enough money for me to pay staff, and I’m pretty singular in my approach anyway.

The I Love Acid series is simple. The logo, hand stamped, and numbered.

WHAT’S BEEN YOUR BIGGEST SELLING RELEASE TO DATE? TELL US A BIT ABOUT IT AND WHY YOU THINK IT WAS SO POPULAR.
Most of the releases are limited, so that’s kind of a hard question to answer! There’s pretty much zero backstock available from any vinyl releases.

The latest I Love Acid 12”s are so popular that they sell out in minutes. Luke’s last album was a pressing of 808 copies on black vinyl, and 303 on colour. It probably could have sold a lot more, but since the album was all written on a 303 and an 808, the limitations are the point.

NAME ONE RELEASE THAT YOU THINK DESERVED TO GET MORE ATTENTION THAN IT DID
There’s a track on the last Metro Jaxx 12” which I think is pretty much the best track on the label – ‘She Don’t Want You’ by Tsuin. He’s a fairly unknown artist (has more coming up soon though) but I rate him very very highly. Sometimes it’s hard to get people to pay attention to new acts, headliner culture spreads further than just clubnights.

IF YOU COULD SIGN ANY ARTIST, ALIVE OR DEAD, WHO WOULD YOU CHOOSE AND WHY?
Armando. For obvious reasons. All time undisputed king of Acid.

WHICH OTHER LABELS DO YOU ADMIRE AND WHY?
Jerome Hill’s Super Rhythm Trax is my absolute favourite label. Just such great music and ethos behind it.

I also love Unknown To The Unknown, and the myriad of sublabels that DJ Haus runs. Whenever a promo comes in from UTTU you *know* it’s going to be jacking.

There’s some new labels that have really been doing it for me recently too: Ritual Poison, Sneaker Social Club, and Posse Up! (who are a mainly digital / bandcamp crew. Incredible output).

WHAT CAN WE LOOK TO FROM YOUR LABEL NEXT?
I Love Acid number 24 is about to drop, that’s by Etcher (aka Ola Bergman).

After that I have 12”s from WTCHCRFT, Black Girl / White Girl, Alinka, Elisa Bee, and Hrdvsion – plus a split 12” between ourselves and Lauren Flax. Also there’s a new Posthuman album on the horizon…