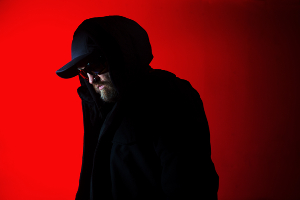 The release, which will be available through Phantom Limb on vinyl and digital formats, is a re-score of Andrei Tarkovsky’s seminal 1972 movie Solaris.

Martin, now based in Belgium, was invited by the Vooruit Arts Centre in the city of Ghent to compose a new score for a film of his choice. Having been long inspired by pioneering Soviet filmmaker Andrei Tarkovsky, Martin said that his 1972 masterpiece Solaris was the “natural choice”.

The film is said to be intense, psychologically devastating and bleakly compelling. Interweaving themes of love, horror, sorrow, nostalgia, memory and dystopia, Phantom Limb’s statement on the album says: “Martin’s score expertly mirrors this expansive breadth of psychic weight, from existential dread to heartbreaking poignancy, with immense emotional gravity. Drawn to its “narrative struggle between organic, pastoral memories of a lost past, and the harsh, dystopian realities of a futuristic hell,” Martin employs atonal noise, simmering waves of distorted synthesis, undulating drones and otherworldly, astronomic sound-design to crushing effect. Subtly submerged recurring motifs – reflections of individual characters – rise and fall amidst the fog, occasionally illuminating the doom like motes of starlight, before settling back into the density of space.”

You can make your own mind up – hear the first taster from the record, ‘In Love With A Ghost’, below….

Phantom Limb · In Love With A Ghost
Previous article
Next article