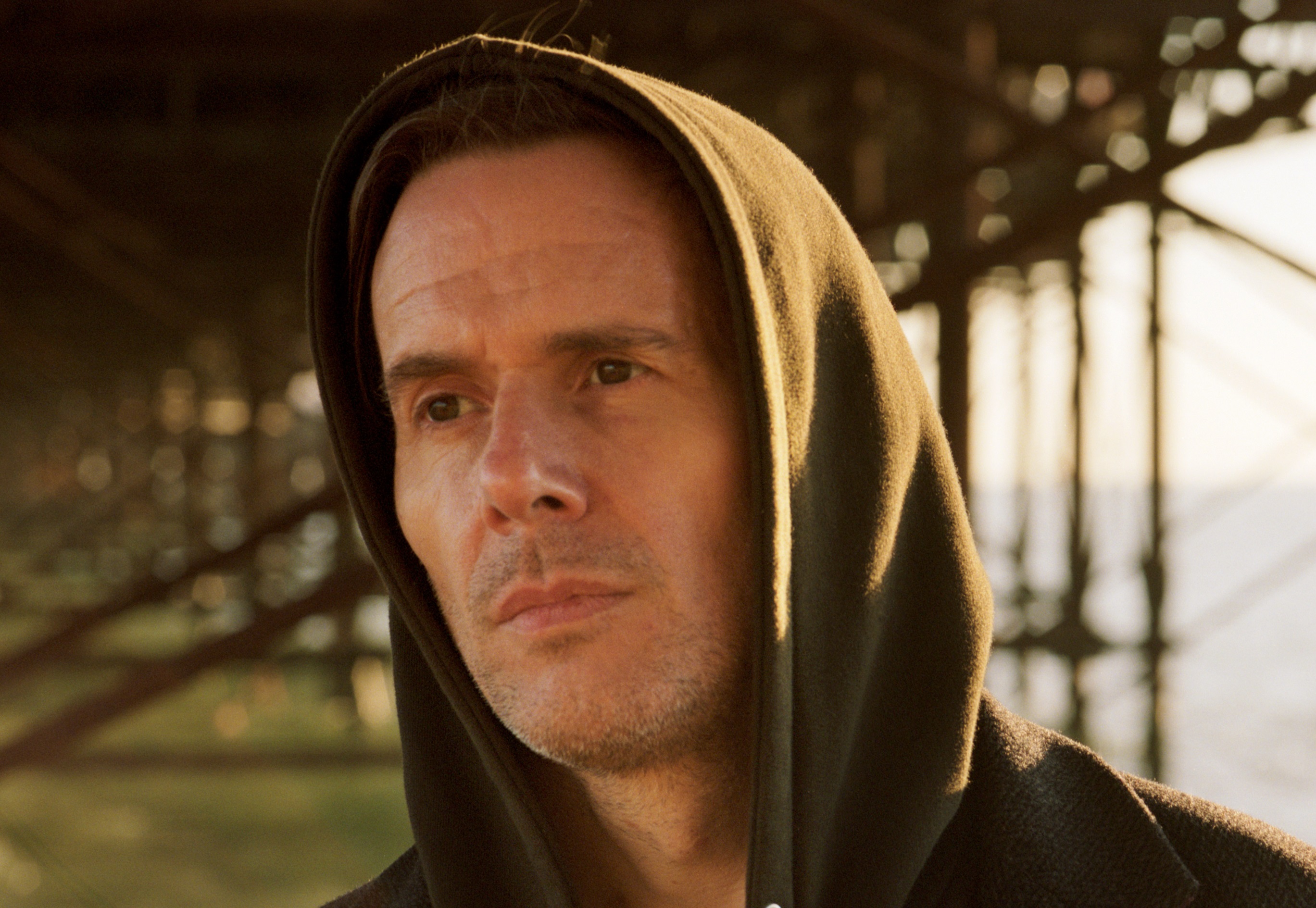 “The charge against classical music is that it’s conservative and orthodox and it’s an institution,” says Clark, the formerly Brighton-based producer now from his new temporary home of Canberra, Australia, “but techno is really conservative too.”

Chatting to a rather bleary eyed Juno Daily, what with it being 8am in the morning in the UK, on the other side of the world he’s just coming to the end of what sounds like a pretty nice day. “It’s been good. Long. I’ve just been making music all day, really. Got up at 6am, worked all day. Found an amazing baklava place.”

Life in Canberra – which is in southern Australia, two hours’ drive from Sydney – is pretty chilled for Clark – full name Christopher Stephen Clark – and his Australian wife. “There’s not much going on but I guess there’s not much going anywhere at the moment. The countryside is beautiful, nice walks. It’s pretty nice, but we’ll come back to Britain… well, erm…” While it sounds like that will happen sometime, with Australia so less impacted by Covid, exactly when is less certain.

In the meantime, then, we need to talk about his new album Playground In A Lake. It’s an album that breaks with the well-worn image we have of Clark as a stalwart of electronica, signed to one of its best known labels (Warp) and responsible for some blisteringly intense no frills man and machine live shows.

Playground in fact, is being released by Deustche Grammophon, slotting into a catalogue that contains everyone from Bach and Stravinksy to Max Richter. It’s a fusion of classical and electronic styles, using both studio trickery and live, orchestral playing to create a new sonic landscape that exists outside – and beyond – the normal confines of the genre.

The hype is that Clark learnt how to read music from scratch to create Playground.

“Not completely from scratch,” he clarifies, “because I played in orchestras as a kid, I played violin. I pretty much thought it (classical music) was complete bullshit through my 20s though, but I had this vague idea when I was a kid – I did like playing the violin, I just hated all the classical music I was forced to learn.

“I did feel like I’d come back to it and it does feel like I got it the right way round being into club music in your 20s is perfect. Now seems the right time to be making this kind of music. It didn’t feel like that much of a leap – I can see all these links between synthesis and acoustic instruments. When you play a sawtooth wave on a synth, the harmonic structure to it is really similar to a cello if you analyse the frequency content.”

He draws a stark distinction between the perceived differences – what he calls “the compartmentalised, expedient marketing tropes that separate the two genres” – and the much more inter-related reality of music itself.

“If I come across techno dogma then I find myself really sticking up for my classical music mates, they’re open minded and they’re into all sorts of things. They just happen to be really gifted players and I think ‘so you’re just going to mock someone because they’re really talented’. And then when I find classical people who say ‘techno, that’s just repetitive beats’ I just feel like giving them an education as well.”

He continues: “I wanted this album to be a gateway drug to classical music. If you think it’s conservative, staid, snobby, then I want you to hear this and hopefully feel there’s something inviting and welcoming for you.”

While this may seem like a sudden change of musical tack, Clark, who says he still makes plenty of purely electronic music, it’s been a more gradual shift.

He points out that as far back as 2006’s ‘Body Riddle’ album, which contains violin, glockenspiel and piano arrangements, and says: “it’s been in the background but I’ve kind of done my hours now.

“I want it to be an argument and I think the argument is pretty clear, I feel like it’s a watertight slab of work now – I’m not bigging myself up, because I can see all the previous drafts that didn’t make it.”

Talking us through Playground’s creation, he says the first piece to come together was ‘Already Ghosts’, the final piece ‘Earth Systems’.

“Music to me contains the ultimate internal mystery, seduction, it’s the thing. But if you saw me making it you’d mainly just see a guy with headphones on at a piano and a laptop. I relish the lack of glamour in that. Even my peak nutter tracks, like ‘Bone Thugs’ or ‘E.C.S.T.T.R.A.X.’ or ‘Beg’ were made with a measuring, clear mind, probably around 7am with a cup of tea. I much prefer stealth, I think. Like when you meet someone and they seem quiet at first, but they have a little twinkle and let a sly revelatory remark slip. I love that subtlety in human character.

“Making music is a bit like flirting with that person every day of your life. Also – just to gently poke fun at the whole compulsion to mystify the process, and make it sound more arcane than it needs to be – you could write Goldberg Variations on an iPad with Fruity Loops piano roll. If you’re writing Goldberg Variations then yeah, please wax lyrical about process, but if not, hush now with all the marketing talk re: the special designer tools and hats we all need to own to be true artists and whatnot.

“It’s a romantic go against the grain spirit – I’m just saying that music making is basically all dreams, all dream world, but also just long days of dedication where the main tool is your brain, not an expensive studio or whatever. That, to me, is real love. Even if you write quickly, you spend so much time honing it into a deep, pleasurable slab of finished music.

“There were a few Eureka moments creating this album, they felt amazing in a body rush way, it’s all the proper brain patterns firing, the purity of that satisfaction is enough for me. Like the end of ‘Lambent Rag’ was quite ‘let’s punch the air and shout yes for a bit’ but I’m at a loss for words beyond that.”

Did he have an idea of how he wanted it to turn out and then work to that, or was it more a case of it evolving naturally?

“It evolved a whole universe of new music,” he says, before adding the self-depr4eciating punchline. “Some of that turned out to be total debris – cargo I needed to jettison!” 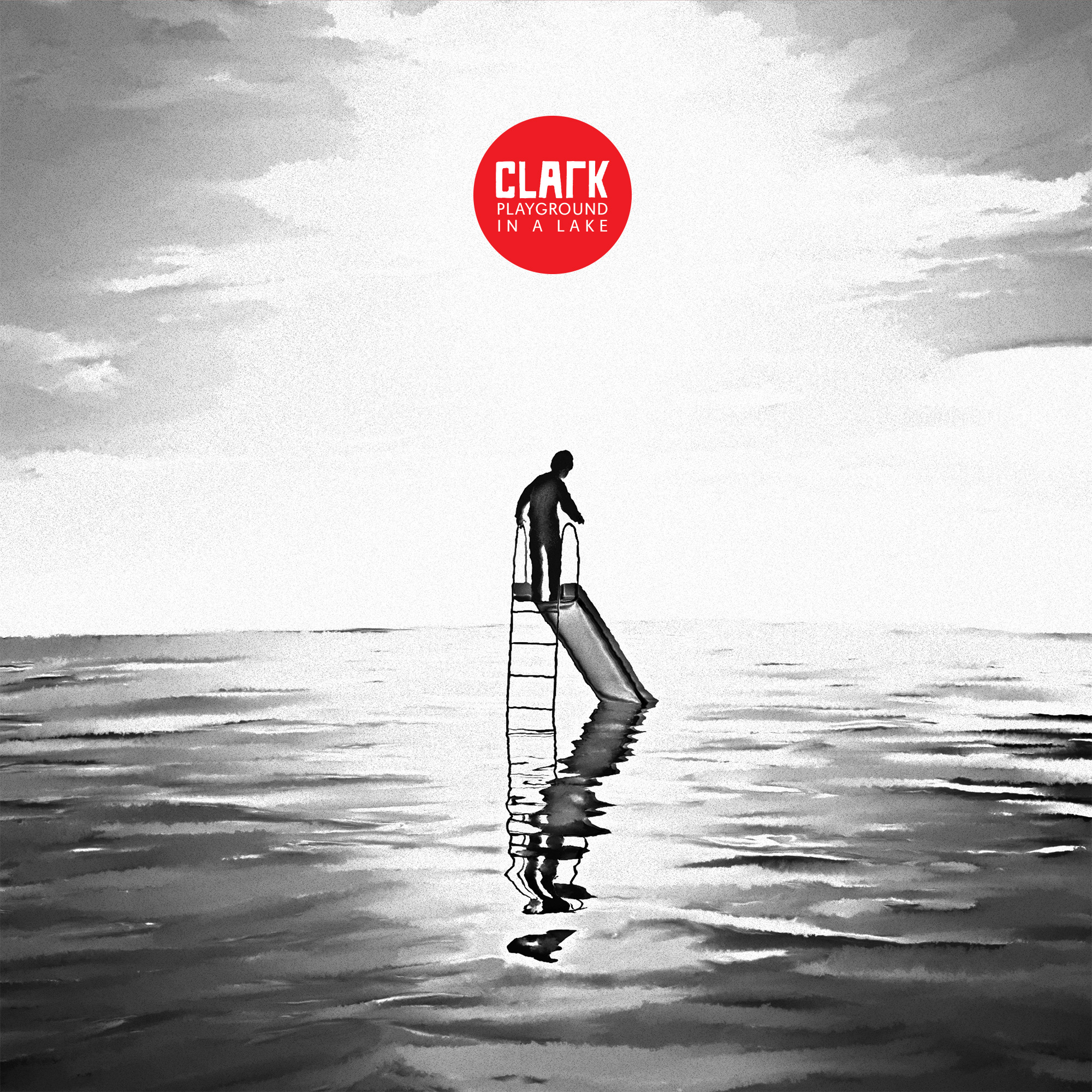 As for the album’s overall theme of climate change, brought to visual life by its distinctive artwork portraying a slide seemingly suspended in the middle of an ocean, Clark says it was something that emerged from the music rather than integral from the beginning.

“Not integral at all but as the work developed it was like ah… hang on. The artwork of this record nails it in my opinion. I’m very proud to have worked with Jonathan (Zawada, who also directed a video for the LP). It wouldn’t be what it is without the cover – Pllayground In A Lake just IS the cover, more than the music in some ways.”

Working with an orchestra, he says, helped to get him out of “my introverted producer head cave”.

“I’m a funny mix,” he states, “I have very little desire to be exhibitionist, I love my privacy. At the same time I’ve always been precocious with music and forever burn with this desire to push myself hard, to the limit. It’s probably quite a comedy combo of contradictory traits that makes me a bit of a weirdo, a kind of mixture of diffidence and slight monstrousness. In terms of working with an orchestra, that all probably comes to a head in a big, delicious cake of social awkwardness. The players on the record were a real blast to work with though. I made new buddies through the recording process. In a meta way it’s a record about friendship and collaborating more than anything. I also learnt that music that looks simple on the page can sound totally unusable or golden depending on how it’s played. That was quite a big lesson.”

As for the album’s title, he says it reflects the album’s strong storytelling narrative, giving a nod to impressionistic titles like Mogwai’s ‘Kids Will Be Skeletons’ for providing a bit of inspiration.

“I think the story holds together through the titles, each track is like a set piece in a way. It has a bit of a 70s prog album vibe but with dark modern sound design as its foundation.”

Hats off to Clark for sure, for refusing to settle into a comfortable, innovation-free groove in a world of techno that surely has an appetite for plenty more of what he has to offer. They will not go hungry by the sound of it, but in the meantime, he’s created something spectacular and unique by urging us out of our comfort zone.

Playground In A Lake? Come on in, we say, the water’s just fine.