“It’s not that we’re worried about getting nicked,” the voice on the phone tells us, as we establish between ourselves, first of all, that anonymity will be assured. “It’s because it’s not about us, it’s about him.”

The him in question is, of course, the late DJ legend Andrew Weatherall, and the work in question is the spate of unofficial blue plaques springing up around London on the walls outside places with a connection to Lord Sabre himself.

After some investigation and a few social media messages, we manage to contact one of alternative heritage curators themselves. He tells us that the ‘squad’ is in fact a husband and wife team, who had come to know Weatherall socially after meeting him at one of his DJ gigs in Derby.

“We got chatting to him and he told us he was starting up this club called Sabresonic and said he’d get us membership passes. We scribbled our address down on a bit of paper and didn’t think anything would really come of it but three days later, the passes turned up in the post.”

Indeed, it was in memory of the great times at Sabresonic, held at Happy Jaxx in the eerie and deserted Crucifix Lane in the arches around London Bridge Station between 1993 and 1994, that they decided to commemorate a year passing since Andrew’s death with the first blue plaque. 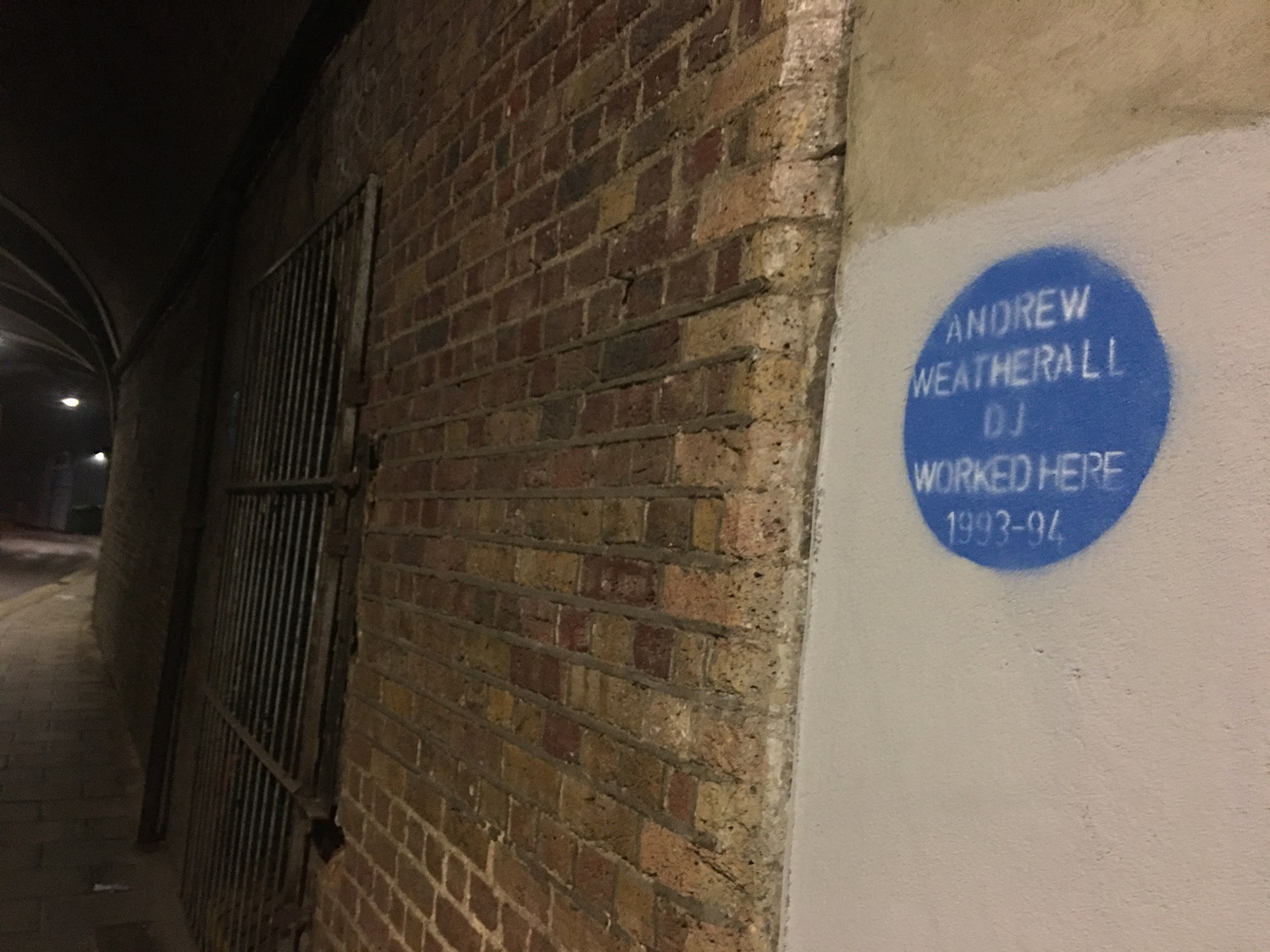 That was initially going to be that. But with London deserted during lockdown, not to mention widespread encouragement from social media, the chance and inclination to do more arose pretty quickly.

This time, as well as his studio at 18-20 Scrutton Street (close to Old Street)…. 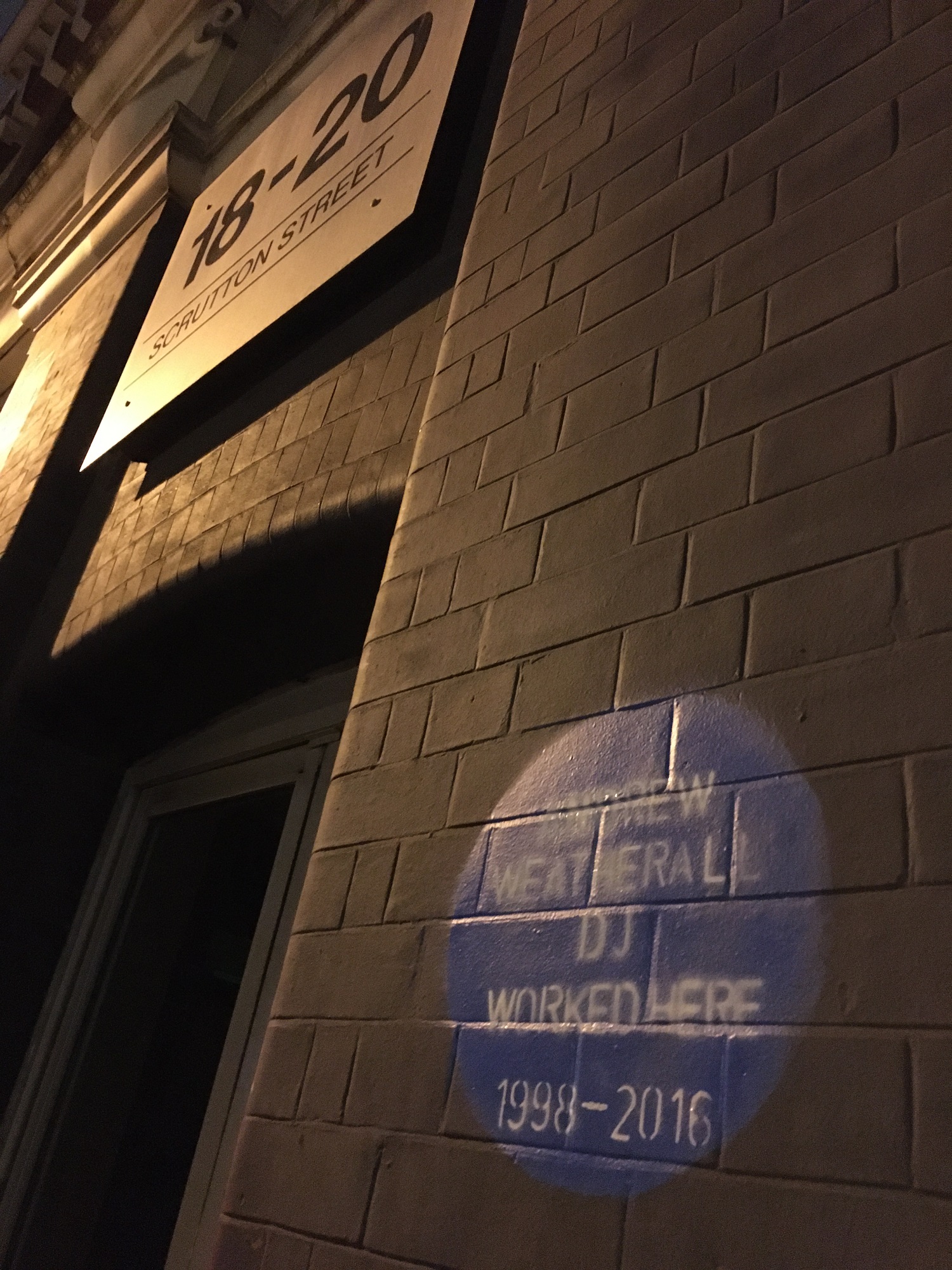 they decorated venues at which Weatherall had had longstanding residencies. “I’m sure there are loads of bars and clubs around that would love to have one saying ‘Andrew Weatherall played here’ but if he played somewhere once and didn’t come back there was probably a good reason for that.”

So legendary landmarks of clubbing days gone past like The Blue Note…. 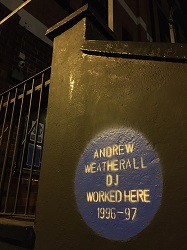 and EC1 in Farringdon Road, now a yoga centre, were given respectfully sized plaques of their own, along with the Griffin pub in Leonard Street, where he would turn up on a regular basis and play sets of 7″ rockabilly singles, 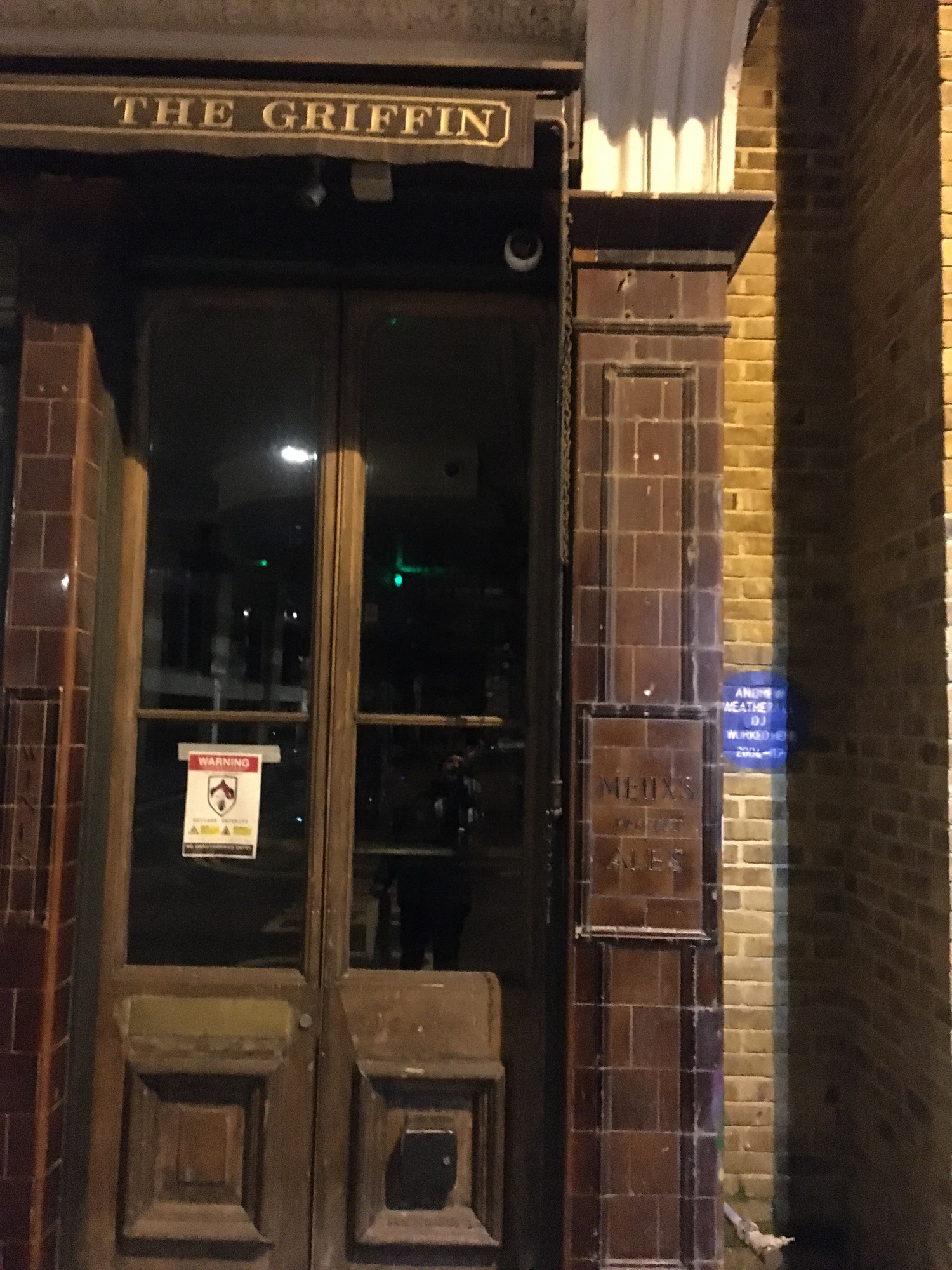 Probably the most famous stop on the tour, a place that Weatherall quite liked and had played both as a DJ and a live act, was superclub Fabric. “We were just round the corner and it fitted Fabric’s colour scheme perfectly. Plus, I like to think that any DJ who plays there if and when it re-opens – and if they keep it of course – will have to walk past that.” No pressure then!

Their efforts have not gone unnoticed, either, and they’ve even sent stencils out after being contacted by Weatherall lovers as far afield as Liverpool and Glasgow. There are plenty more places they have in mind for further plaques, too, such as his most beloved festivals from Cornwall to Suffolk and beyond. “With the summer coming it seems like a pretty good excuse for a bit of travelling around,” the voice on the line laughs.