This month’s best Eurorack module releases include a new batch of oscillators from Mark Verbos, an ALM restock, plus brand new modulation sources and sequencers from Qu-Bit, Pittsburgh Modular and ADDAC Systems. 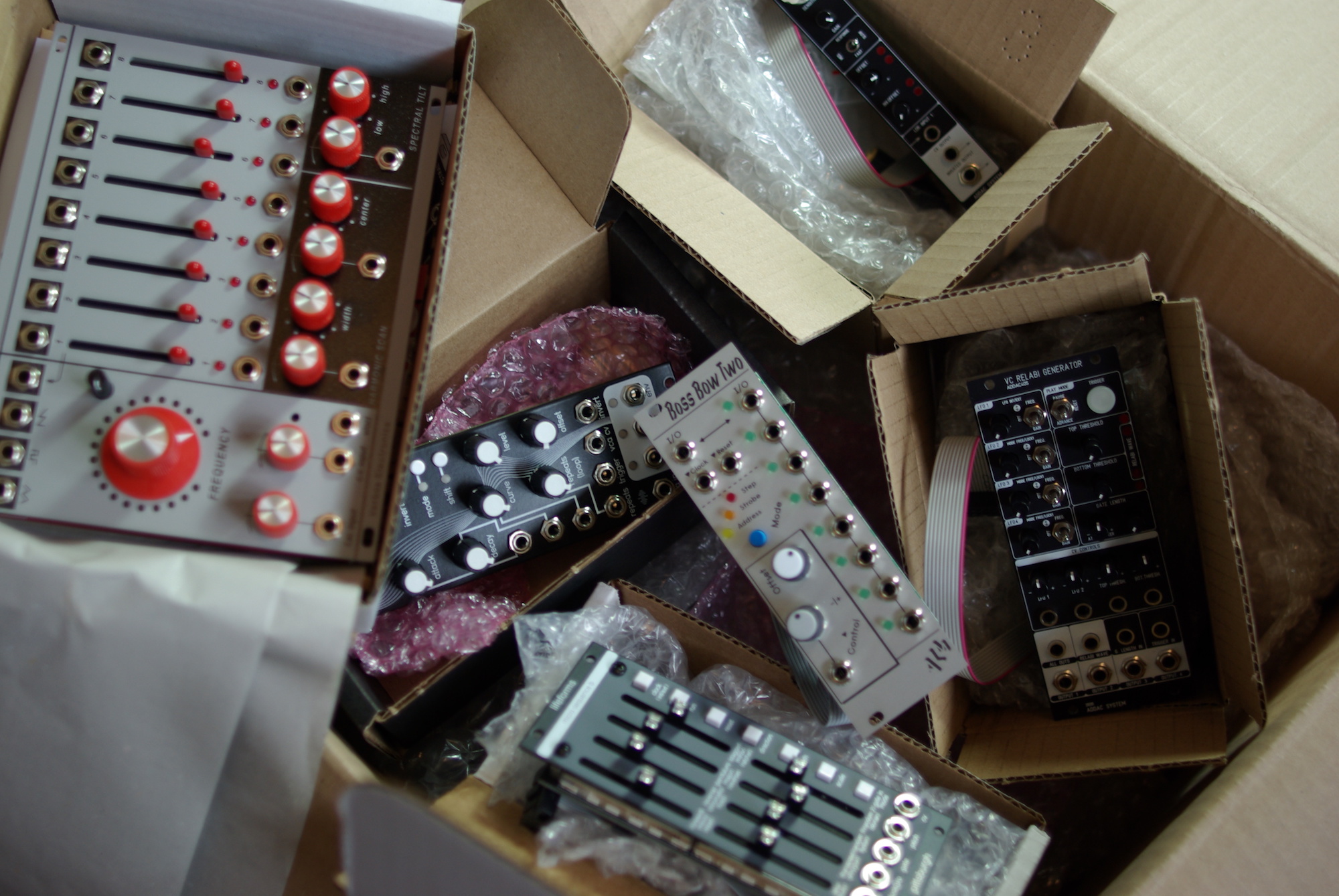 Another strong month in the Eurorack world sees us mix old and new, with restocks and reissues of some old favourites deserving to be highlighted alongside some brand new releases.

We kick off with the Verbos Electronics Harmonic Oscillator, not a brand new module but one that’s just arrived fresh from a new production run. As with most of Mark Verbos’s output, the Harmonic Oscillator is inspired by Don Buchla’s west coast synthesis ethos, without being a slavish recreation of Buchla instruments. The Harmonic Oscillator is an additive, triangle-core unit, allowing you to build up harmonics and control the frequency content of the output using sliders. With a basic sound dialled in, you can manipulate the harmonics using CV or hands-on controls, including harmonic scan and spectral tilt. At north of £600 this is absolutely not a cheap oscillator, but that’s probably not what you’d expect from Verbos. Instead, this is a tool – an instrument, even – that oozes quality, with that near-indefinable organic feel to its sound, such a trademark of west coast synthesis.

ADDAC Systems has become a favourite brand around these parts, and their ADDAC308 light to CV module shows exactly why: it’s keenly priced, sets out its approach clearly and delivers on its promises. Essentially a modulation CV source with two outputs, the 308 is based around an external light sensor, which you can hook up to the module with a patch cable. The two CV outputs respond according to how much light hits the sensor (one goes up in voltage as it gets brighter, the other goes down), with adjustments for slew and sensitivity. Hook up to a suitable modulation input on another module, such as the Harmonic Oscillator we chose to modulate, and you get instant results when you manipulate the sensor, point lights at it or adjust the ambient light level in the room. You can have a lot of fun with the 308 in a studio setting, but I can’t help feeling that the real value of this module would come in a live setting, where the lighting aspect itself could be integrated into part of a show. You can imagine the visual performance potential of a module like this on stage, and it’ll be interesting to see how musicians and performers use it once live music returns.

Qu-Bit’s Cascade is described as a ratcheting envelope but it’s a lot more than that, with a built-in VCA, various envelope and envelope follower modes, plus a compressor mode. Intriguingly, it’s also got a built-in sound source, which can generate a few basic signals to be manipulated within the unit. The sheer range of tasks you can employ the Cascade to help with is quite impressive, allowing you to go from simple envelope generation to quite complex rhythmic sequencing and compression effects. It’s a module that adds a surprising amount of value to a rig, whether you treat it as a modulation generator or a modulator in its own right.

We’ve had a lot of complex sequencers through the doors lately (and we’ve got the new Intellijel Metropolix coming soon for a full review), so it’s strangely refreshing to get our hands on something a little more simple this month. The new version of the Pittsburgh Lifeforms Micro Sequence adds a black front panel but functionality remains unchanged, a relatively basic eight-step unit with pitch sliders, quantised scale options and plenty of modes. Simple, effective and great value.

Finally this month, we’ve got a restock of the ALM Boss Bow Two, the second-generation version of the much-loved Boss Bow Tie voltage-controlled switch, which we’ve struggled to get our hands on for a full review until now. It always feels a bit tricky to sing the praises of switches because they’re so dependant on how you patch them and what you decide to use them for, but the Boss Bow Two is ultra-versatile as a modulation router, sequencer, trigger generator or anything else you can imagine switching. The key update here is the new approach to clocking and resetting the switch routing in its various modes, which makes the Boss Bow Two a nice partner to a master clock generator like the Pamela’s New Workout. ALM don’t tend to release duds, so it’s no surprise that this updated version is another winner.