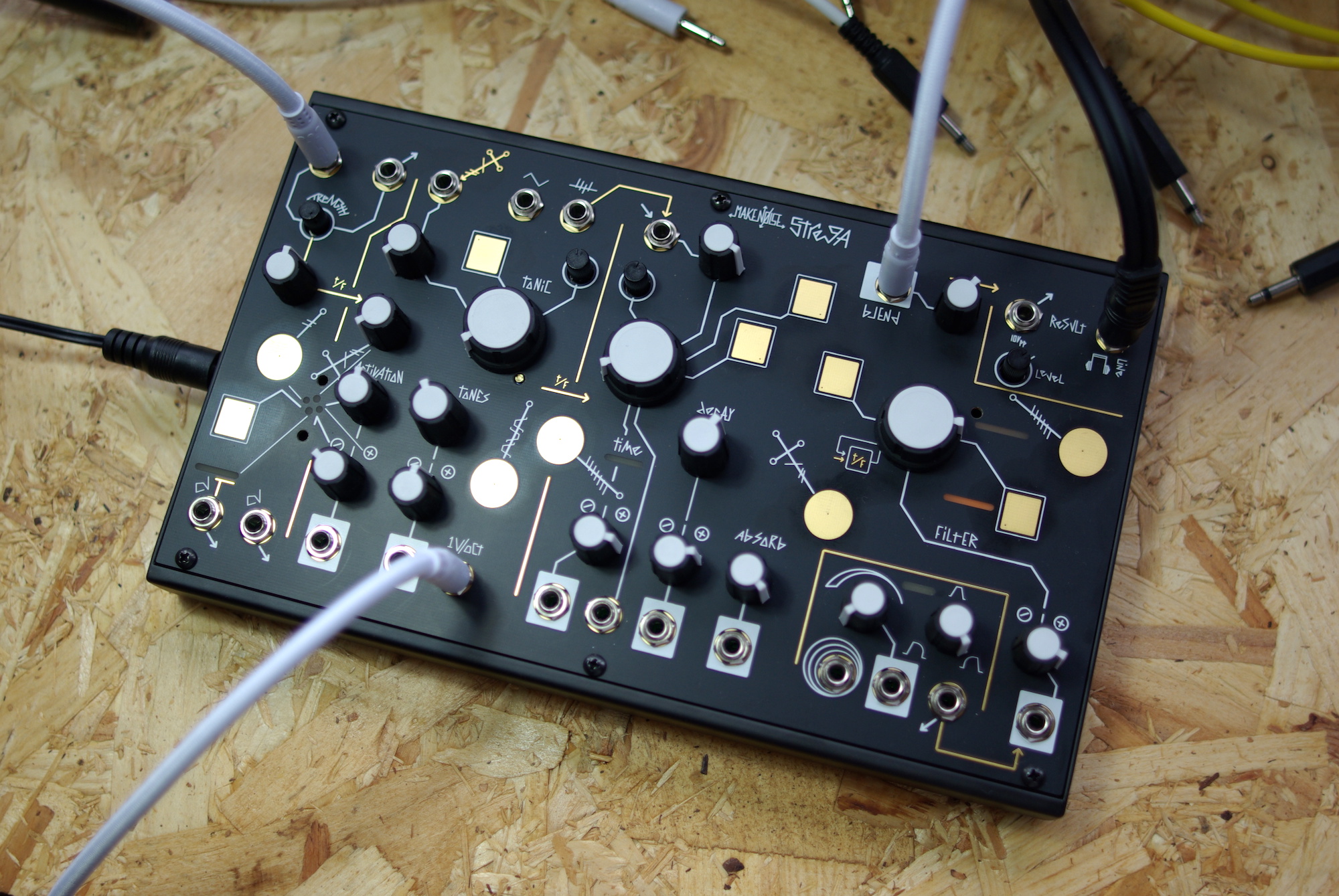 One of the biggest challenges for any brand is to develop its own distinct identity. The biggest and most famous names in musical instruments – Moog, Roland, Korg and the like – aren’t just famous because they’ve been around a long time, but because their names bring to mind decades of innovation and instruments with personality. Younger brands have to work even harder, but despite only being on the scene since 2008, North Carolina’s Make Noise have crafted a strong brand identity. With the brand’s Eurorack modular output and growing range of standalone instruments, you know that you’re going to get something a little leftfield, almost always innovative and deeply creative. The brand’s latest offering, the Strega, follows that formula to the letter. Developed in conjunction with musician, producer and Nine Inch Nails touring member Alessandro Cortini, Strega is a synth, a sound processor and a CV signal generator described as “an audio alchemical experiment”. 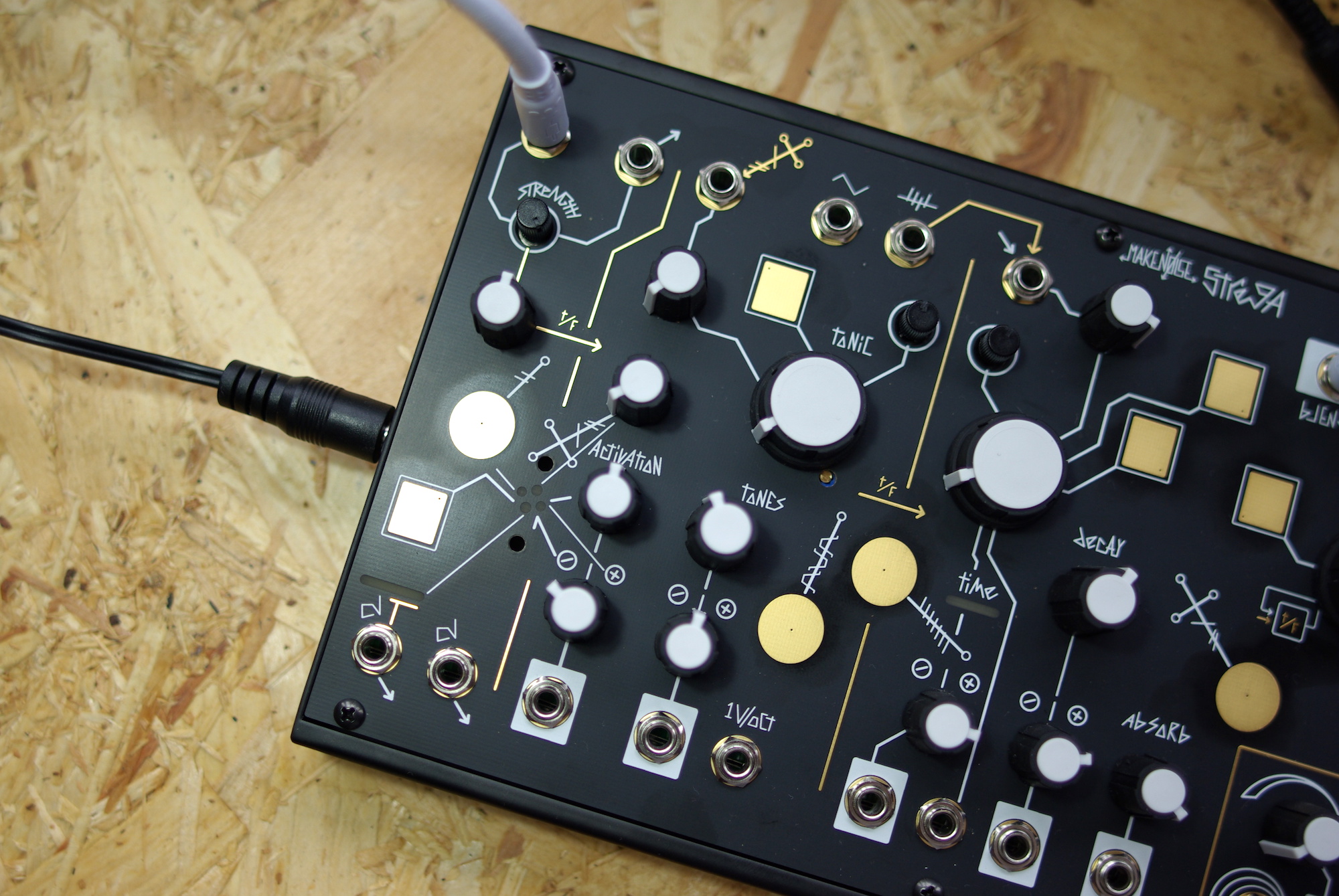 The Strega adopts the same form factor as the brand’s 0-Coast synth module and 0-Ctrl sequencer. As with most Make Noise products, the naming of features and the symbols used on the front panel can be a little opaque at first. The LFO is known as the Agitation Generator, the audio input is the External Signal Addition. Oscillator frequency is Tonic Control, while the various harmonic settings of the oscillator are Strega Tones. Instead of something as simple as a trigger, gate or envelope you have Activation Interference Control. 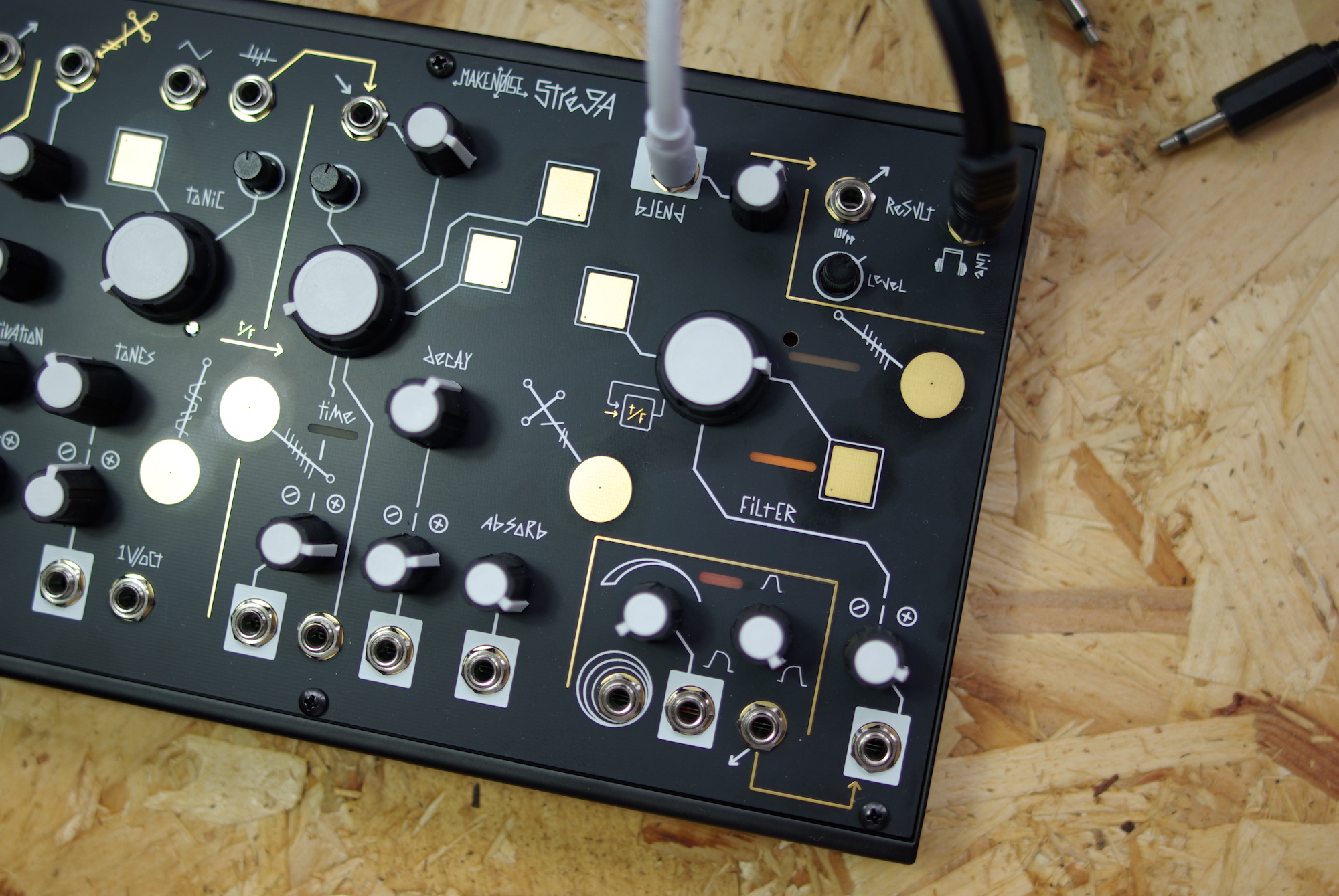 The Strega’s name (‘witch’ in Cortini’s native tongue) hints at mysticism and magic, which is deeply fitting once you start to play with the instrument. Once you’ve got to grips with the terminology, it becomes a little more clear that the Strega is, in essence, an oscillator section with external audio input, feeding into a delay and filter circuit. The interaction between the different areas of the instrument is key: feed a CV signal into the 1v/oct input and you can control the pitch of the tones, but the real fun comes from the unusual non-tempo-synced delay section (based on lo-fi chips typically used in karaoke machines), which distorts and warps the synth signal into something entirely different. 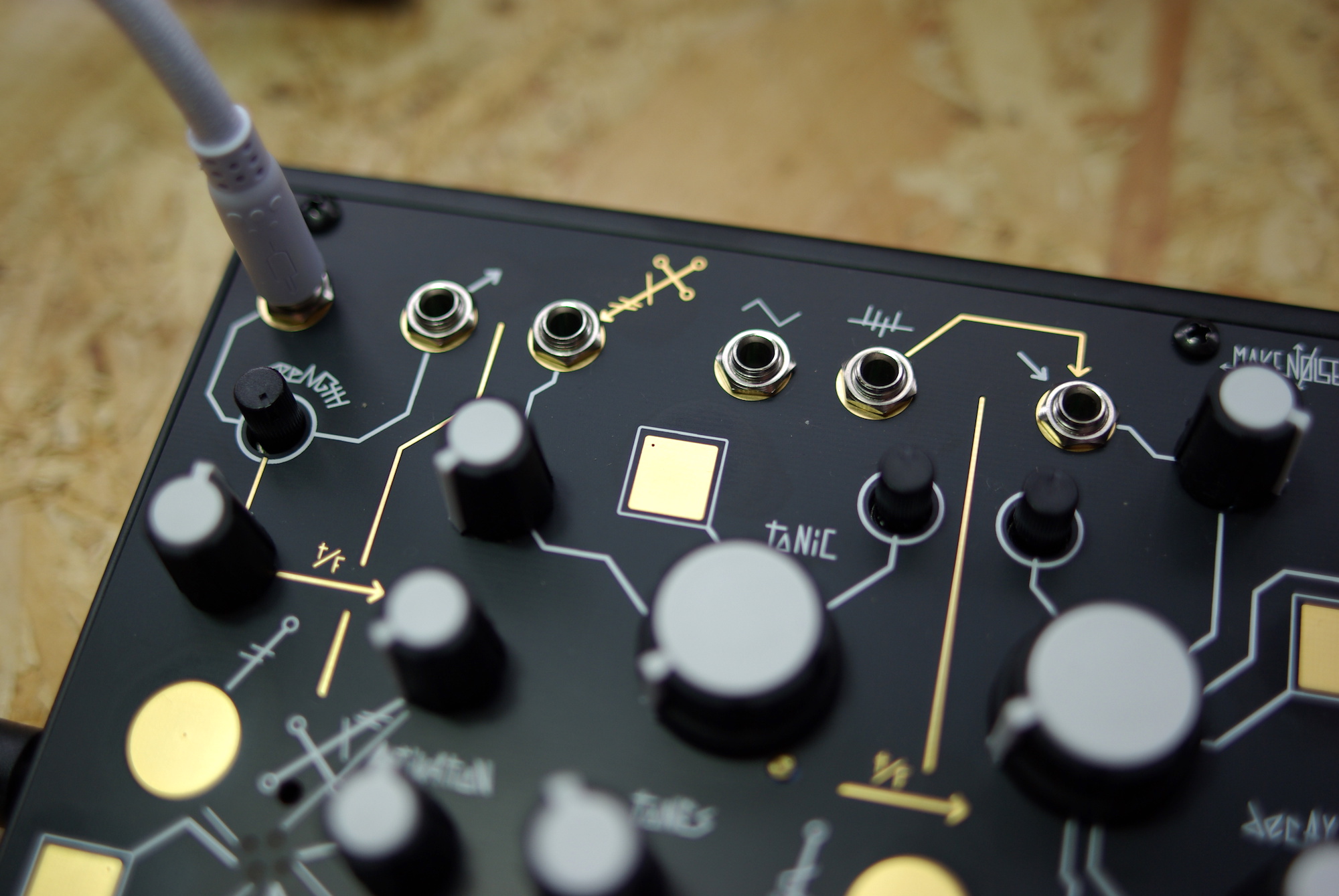 The Strega is certainly an unusual instrument, just about capable of being tamed into quite conventional synth territory but more comfortable when allowed the freedom to get weird and wonderful. Various elements of the oscillator section can be manipulated using CV signals, either from within the Strega or from other modular gear. The level of interaction is highlighted by the presence of touch pads across the front panel of the Strega. These allow you to route signals around the unit by making connections with your fingers. It’s a tactile approach in which you don’t need any understanding whatsoever of exactly what signal you’re connecting to something else: just touch stuff and see what happens, usually with good results. 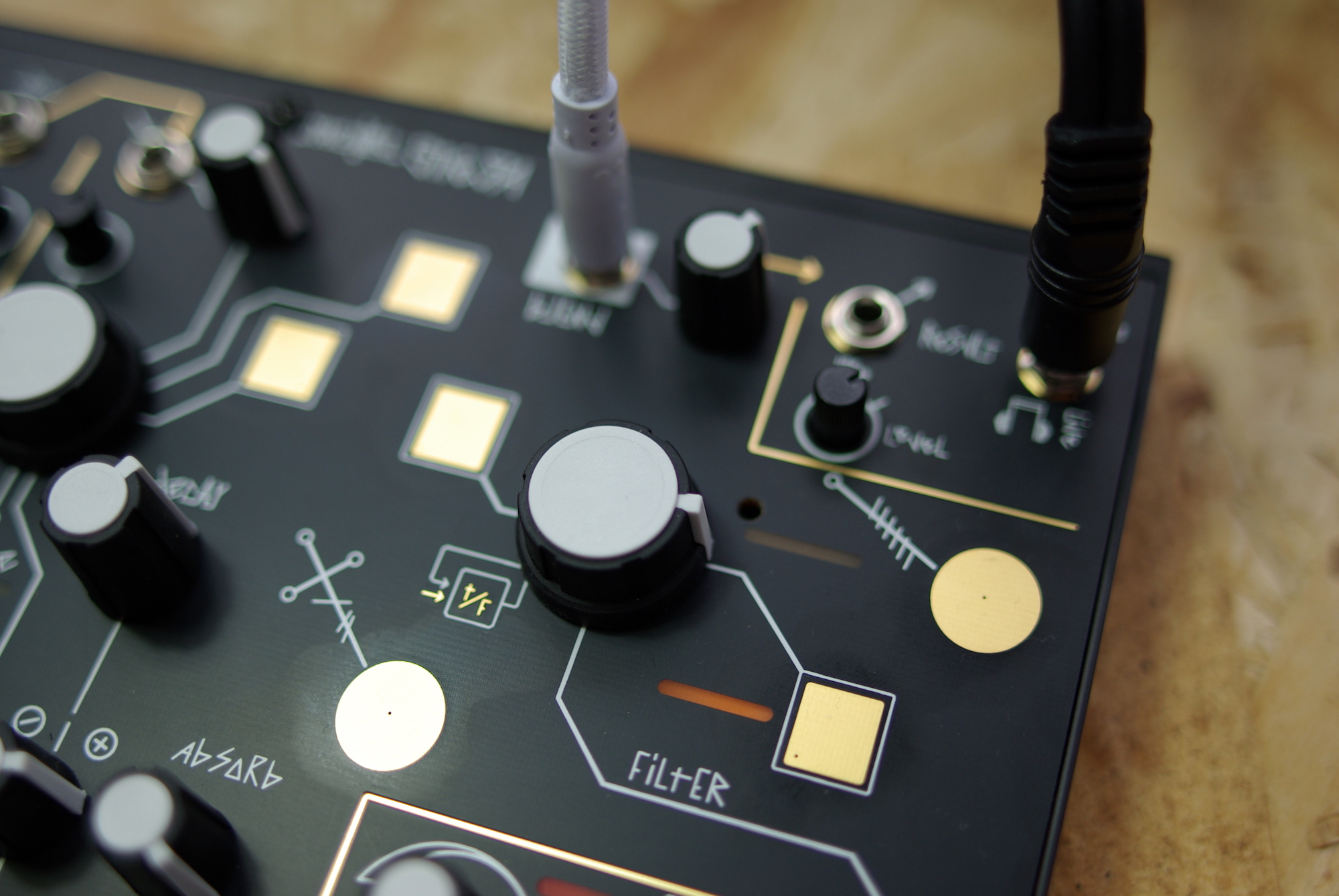 The Strega is good as a standalone instrument, triggered by a suitable CV sequencer, but it’s clearly at its best when hooked up to other gear. The obvious starting point is with other Make Noise devices, and the combination of Strega, 0-Coast and 0-Ctrl is most definitely greater than the sum of its parts. The Strega isn’t a mainstream product by any stretch of the imagination. If you’re looking for instant gratification and traditional synth sounds, it’s probably not the best choice. But if you’re looking for uniquely dirty tones, creative potential and an experimental, open-minded approach to making music, it’s an enchanting little unit. 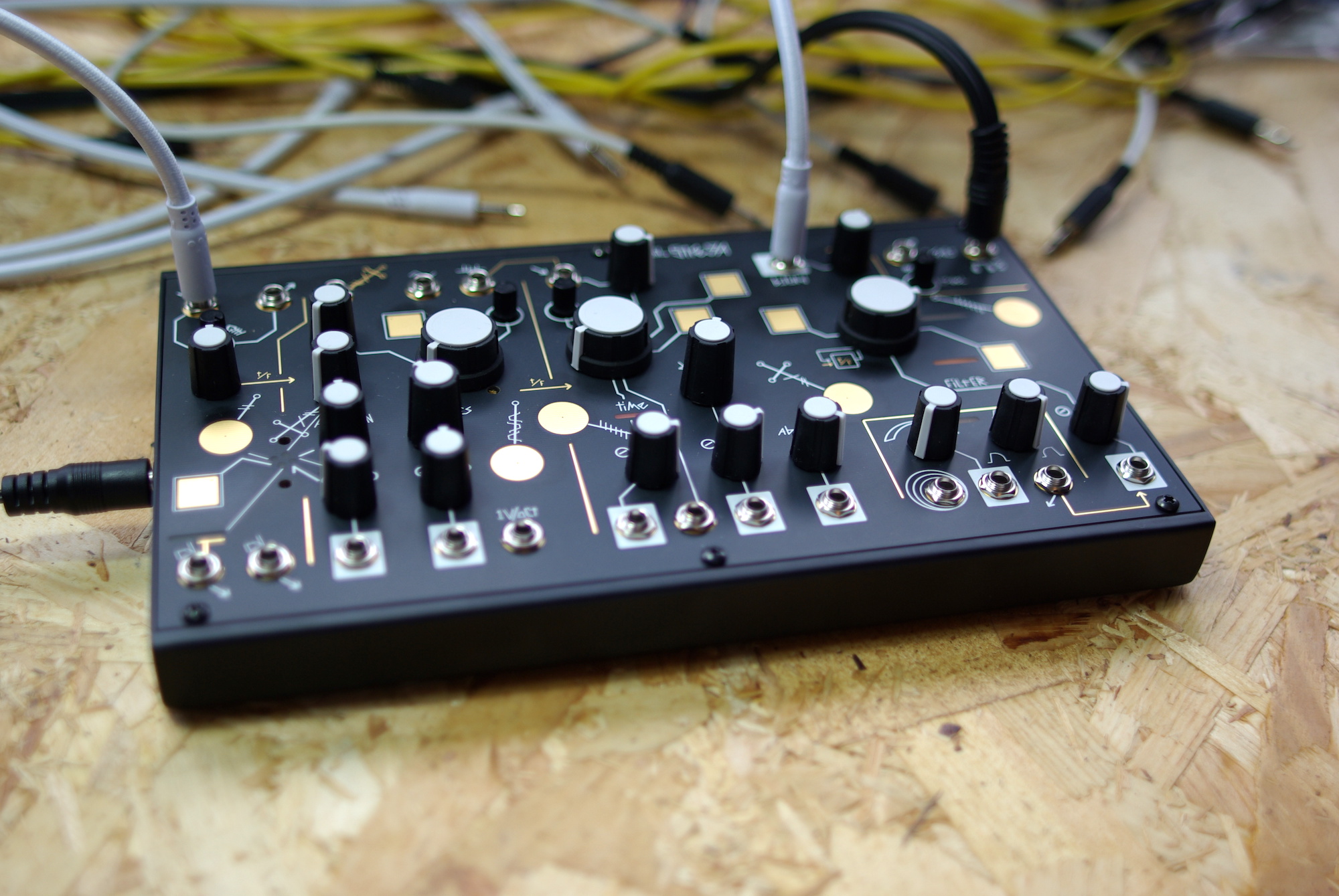