Korg’s take on FM synthesis offers a distinctive sound, user-friendly programming and a refreshing update of a classic approach. 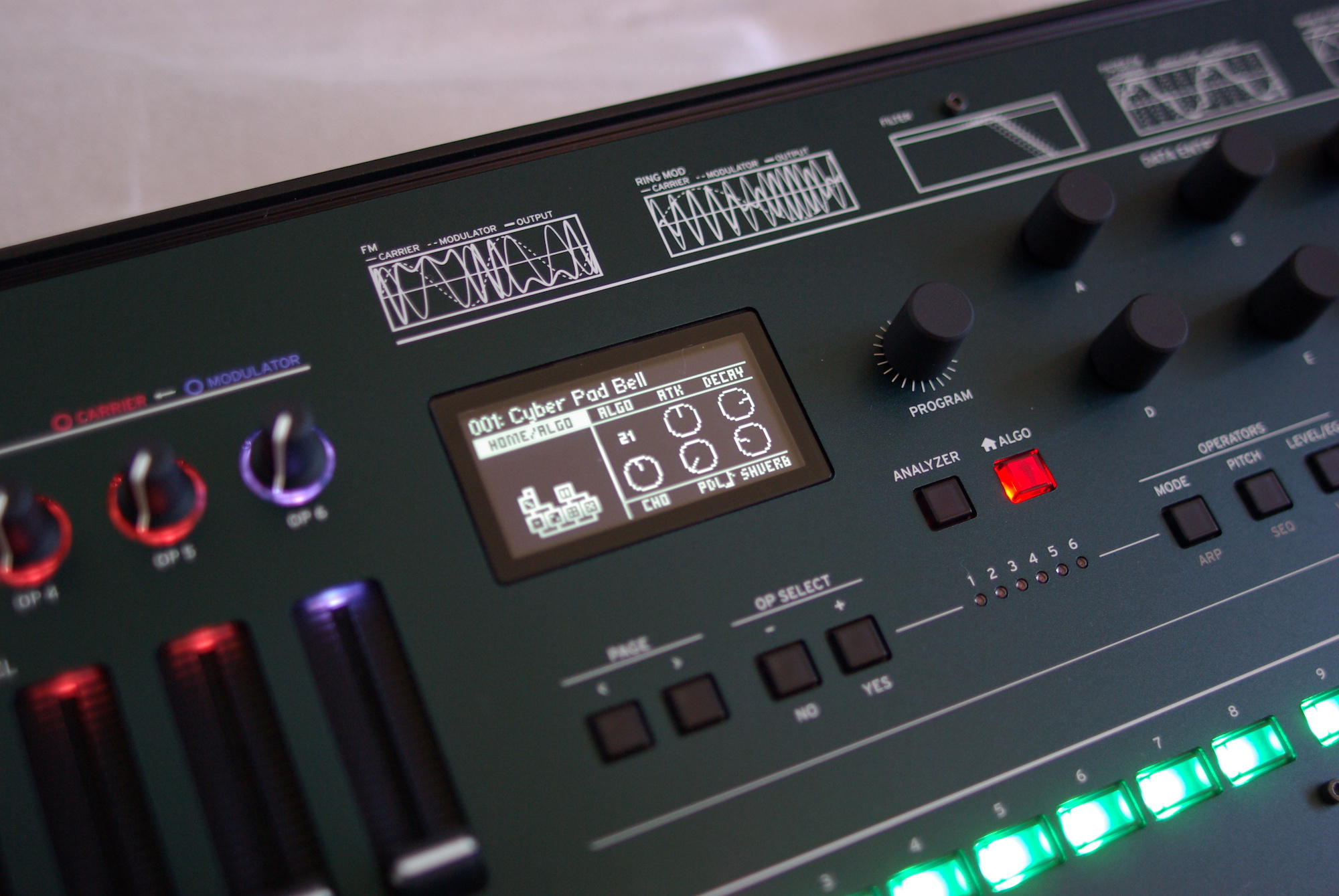 When digital synths first burst onto the scene in the early 80s, there was one clear winner: Yamaha’s DX range was based around FM (frequency modulation) synthesis, a method in which digital oscillators (usually referred to as operators in the world of FM) are used to modulate each other, introducing harmonics and overtones that can range from pure, clean tones all the way to harsh and atonal.

The arrival of FM synthesis coincided with other major leaps forward in synth technology – patch memory, polyphony and the like – but most importantly, the DX synths offered something radically different to the analogue subtractive synths which most people were used to at the time. Compared to something like, say, the contemporary Roland Juno-60, the bestselling DX7 was almost indescribably better at imitating real-life instruments such as brass sections, electric and acoustic pianos, and strings. FM also excels at cold, metallic sounds, bell-like chimes and harsh mechanical textures. The DX7 and its sister synths like the cheaper four-operator DX100 became bestsellers, ushering in sounds like Detroit techno and helping to change the sound of pop music (listen to almost any 80s pop and it won’t be long before you hear a distinctive DX7 preset). 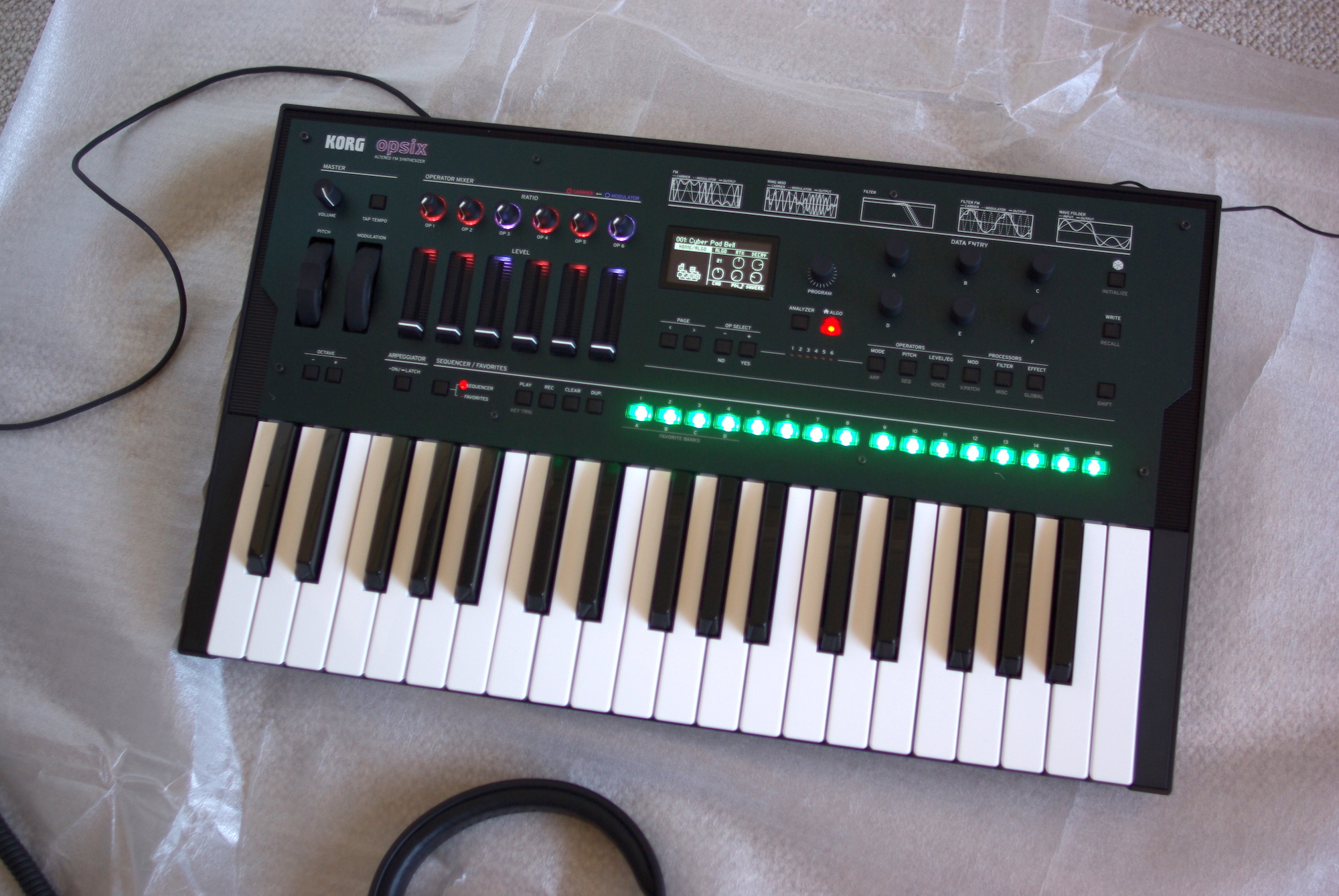 The DX series still defines FM synthesis for many, but others have tried slightly different approaches over the years. The latest comes in the form of the Korg Opsix, a 37-key ‘altered FM’ synth with giant 32-voice polyphony, conventional subtractive filter section, built-in effects and a polyphonic step sequencer. Korg actually already make a very good but basic FM synth in the form of the affordable Volca FM, part of the Volca range of mini instruments with built-in sequencers. Both the Volca FM and Opsix are based around six-operator circuits with hints of Yamaha DX in the design, but that’s really about as far as the similarities go; the Opsix is a massively more powerful, capable and user-friendly synth, as you’d probably expect given the higher price point and more conventional keyboard format.

The elephant in the room here is that FM synthesis has always been considered deeply unintuitive and difficult to understand, which anyone who’s ever tried to program a Yamaha DX will know all too well (the DX is hindered in part by the use of a single data slider to adjust every parameter, an unpleasant relic of early-80s keyboard design). Software FM synths like Native Instruments’ FM8 plugin makes the process a little easier, but it’s still always been about fairly technical processes like adjusting modulation levels between operators, choosing different algorithms (the way in which the operators are routed to each other) and adjusting the frequency ratios between them. 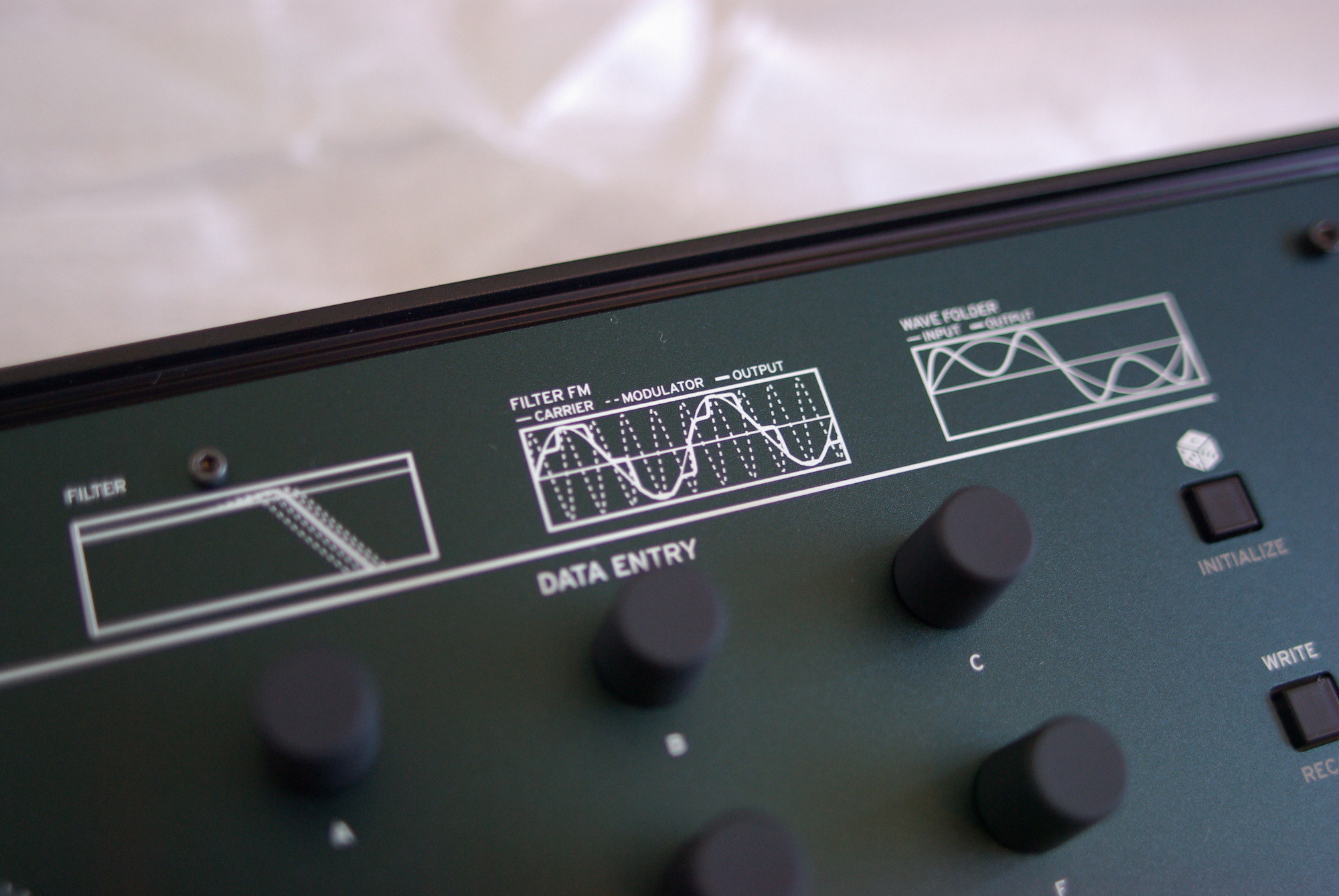 Korg somewhat boldly suggest that the Opsix will make you “rethink everything you know about FM synthesis”, which is maybe stretching the hyperbole a little bit too far, but you can just about see where they’re coming from in terms of editing sounds. In fact, within a few minutes of playing with the Opsix you’ll almost certainly figure out what you’re doing without needing to resort to the manual, which is an astonishing achievement compared to most FM synths. There’s a logic to the controls and layout that encourages you to tweak and listen, making it probably the most intuitive FM synth ever made. It’s still not as easy as an analogue synth, sure, but that’s a necessary trade-off in order to achieve the unique sounds of FM synthesis: you’re very quickly into Rhythim Is Rhythim-era Derrick May territory or stark, futuristic electro tones. Push further and you can head down paths to neurofunk darkness or Jam City-style digital gloss. 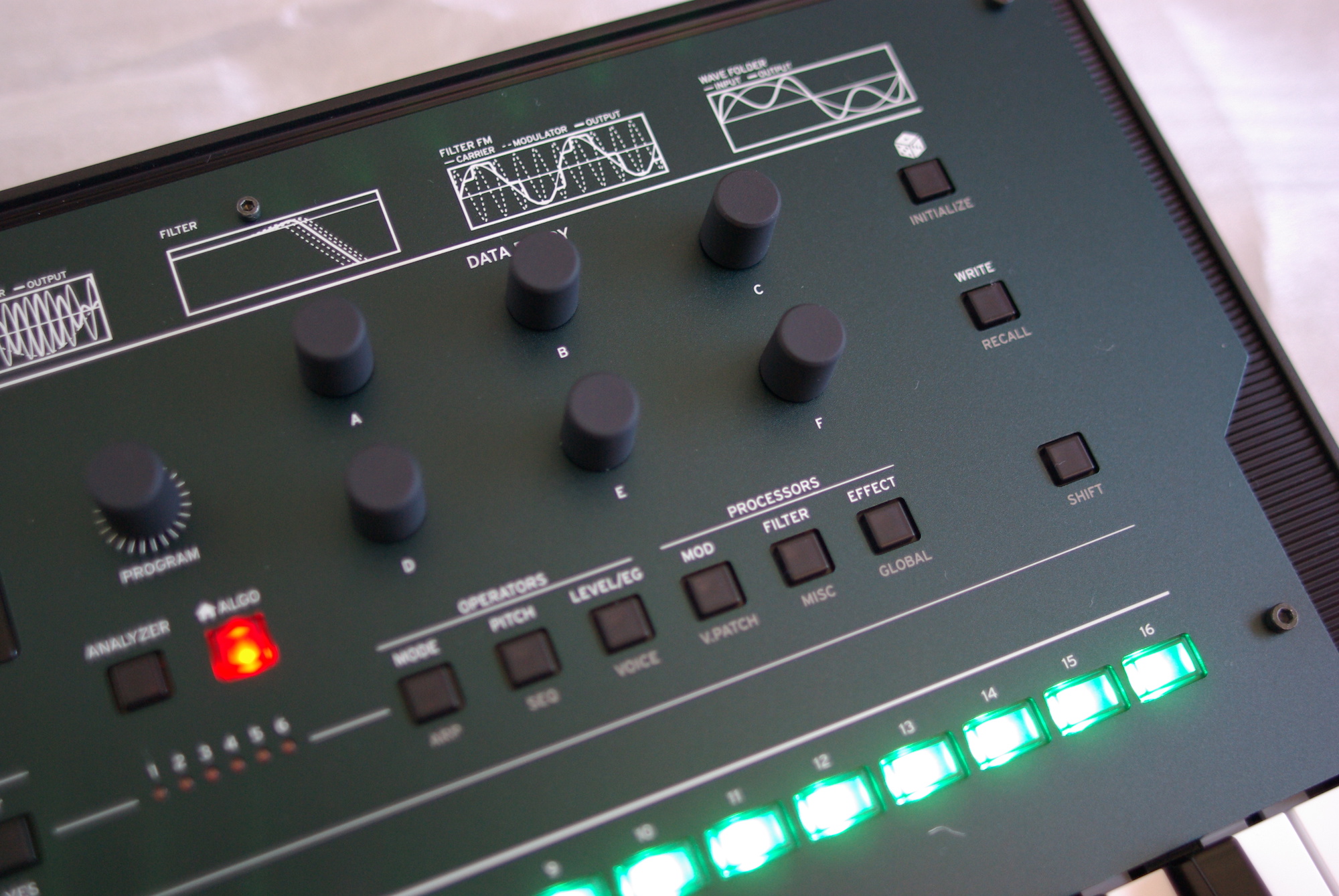 Cleverly, Korg have integrated a conventional virtual analogue-style filter section into the Opsix, something that was completely absent from the traditional FM synthesis approach. This allows you to filter down the output of the operators using a variety of different filter modes, including models of Korg classics like the viciously raw MS-20 low-pass filter. It’s a wise choice that adds extra versatility to the synth and again improves immediacy; you can get good mileage out of just starting from a preset and then exploring the potential of folding it back in on itself with filters.

Creating sounds from scratch is a little more tricky. It’s always going to be harder to imagine a sound and then create it in FM than it would be with a subtractive synth, but starting from the initialised patch setting and tweaking does get you good results relatively easily. Interestingly, there’s even a randomiser option which, against all odds, seems to produce interesting, original sounds much of the time. We suspect it’s not truly random as such, but the ability to spawn pseudo-random patches is a nice option when you’re struggling for inspiration. 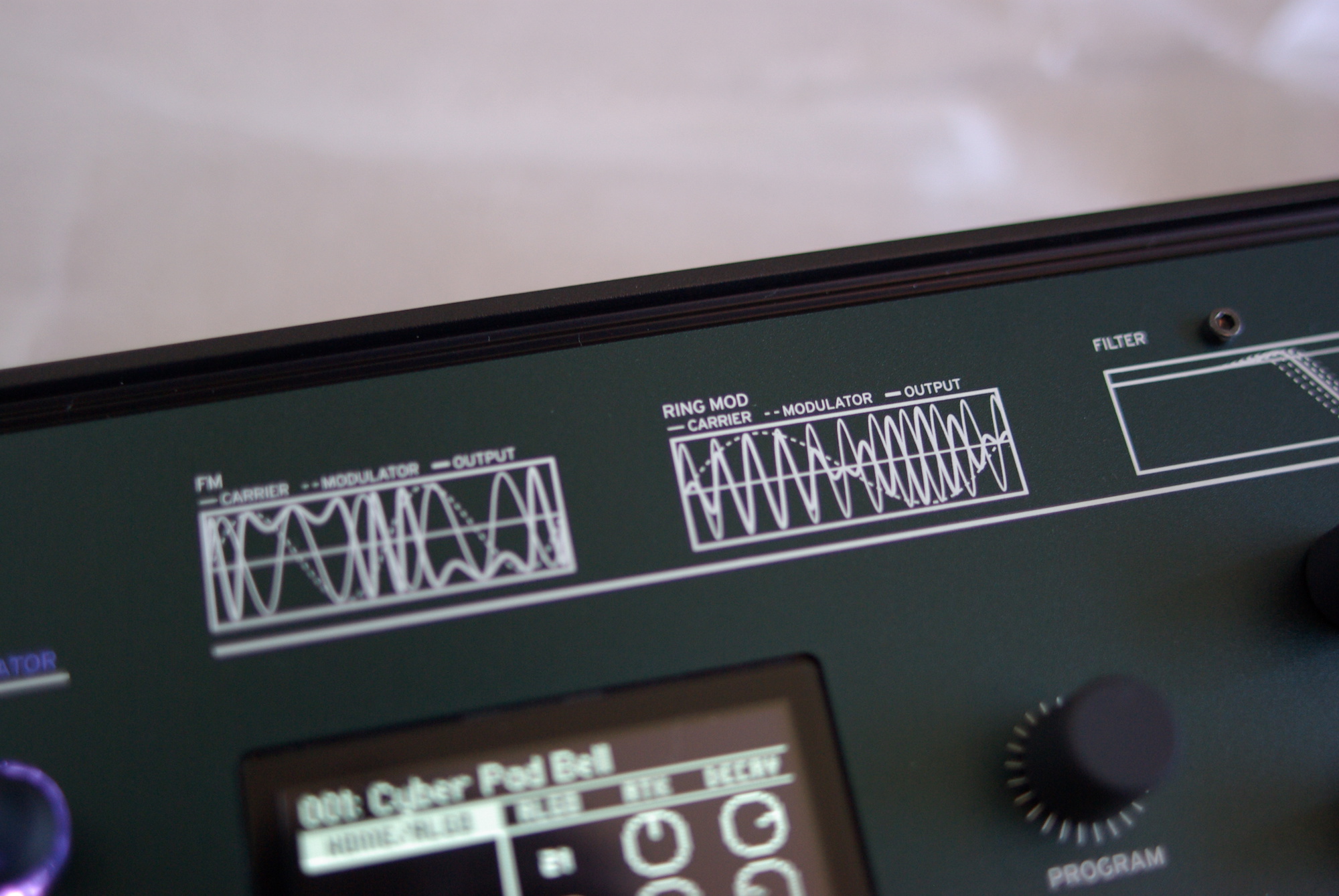 Sonically, the Opsix definitely owes something of a debt to the classic Yamaha DX synths, but that’s largely just because FM has its own distinctive sound. Being close to DX territory is nothing to be ashamed of either way, but the addition of filtering and unique twists on classic FM approaches does give the Opsix its own sound, even if it overlaps with classic FM synths to some extent. If the sound isn’t necessarily radically new, what the synth really does reinvent is the user-friendliness and immediacy, the areas in which FM synths have always struggled. With the typical solid build quality you’d expect from Korg, plus the convenience of modern features like decent built-in effects, arpeggiator and sequencer, it’s an FM synth for the 21st century.