Their untimely death earlier this year shocked the world, but it’ll be the revolutionary music that SOPHIE made, rather than that tragic accident, that will ultimately be remembered 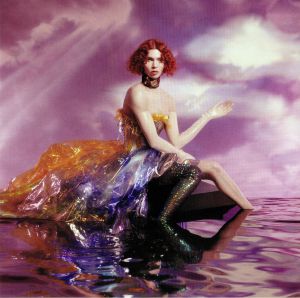 SOPHIE – Oil Of Every Pearl’s Un-Insides (Transgressive / Future Classic / MSMSMSM)
Having SOPHIE form a part of your musical upbringing is a privilege. It’s difficult to pinpoint exactly where this dream of an artist made their first appearance in my life. I remember trying to play ‘HARD’ at a seventeenth birthday party. With no awareness that the London teen party crowd would want anything but grime bangers, I remember ‘HARD’ eliciting a collective groan, followed by a floor-clear.

Perhaps the track was too bold a statement – or maybe it was just my shoddy attempt to mix the tune in with Skepta and Drake. But regardless of the sour taste the moment left in my mouth, it is, to my surprise, just one of a bucketful of memories I have of SOPHIE’s music, which, in retrospect, have taken on a whole new meaning.

I remember headbanging at home to ‘MSMSMSM’ with a friend. Going wild in a Leeds nightclub at the sheer joy of hearing ‘JUST LIKE WE NEVER SAID GOODBYE’ mixed in with a donk remix of The Beatles’ ‘Hey Jude’. Showing ‘VYZEE’ to my DJ friend deep in his messy cell of a first-year dorm room, his reaction to the track serving as a facial alternative to saying: “I’m ready to leave my minimal techno echo chamber”. Or a group of seven of us dancing around a student living room in the dead of night, collectively bopping to a treasure trove of happy hardcore remixes of SOPHIE’s music we’d found online.

If you’ve listened to an artist since you were about 16 or so, you’re going to have a soft spot for them. But with SOPHIE, it wasn’t just mere exposure. From the start, it was clear SOPHIE was a revolutionary sound designer capable of reconciling pop with impossibly plastic, metalloid and amorphous sound. A friend once speculated on how SOPHIE made their ridiculous 3D knife-edge presets, citing Logic Pro’s Sculpture or AAS’ Tassman as possible contenders. But then, of course, he’d then admit to knowing no way of replicating them. It seemed SOPHIE’s relationship to sound was that of a telekinetic superhero, able to conjure up anything from nothing.

But before the release of OIL OF EVERY PEARL’S UN-INSIDES, that interpretation hadn’t fully formed in our minds. Then a faceless artist, I had unfairly presumed SOPHIE would continue to remain so, occasionally putting out revolutionary music without ever letting on a human identity. I had barely registered SOPHIE wasn’t directly a part of PC Music, who were also putting out the same kind of plastic made-by-nobody pop at the time.

But with the drop of music videos for lead singles ‘It’s Okay To Cry’ and ‘Faceshopping’, a shift occurred. We’d been treated to a full-on face reveal in both real and 3D-rendered form. SOPHIE had come out, not just as trans, but as a tangible person.

That’s when it all clicked. Tangibility was a theme endemic to SOPHIE’s music from the beginning, but it wasn’t clear until OOEPUI. It wasn’t just some phoned-in guest singer on ‘It’s Okay to Cry’, it was the artist themselves, bending their own voice to impossibly close-up, breathy throat tones. And take note: most tracks on the album reference some kind of physical sensation, be it materiality on ‘Immaterial’, plastic surgery on ‘Faceshopping’, skin-touching on ‘Whole New World/Pretend World’, or hair-yanking on ‘Ponyboy’.

Sure, PRODUCT had pushed boundaries, but OOEPUI set itself apart as an album which could achieve the impossible. ‘Immaterial’ doesn’t function as a conventional pop-trap tune; its vocal breakdown, occurring little over halfway through, hears SOPHIE’s friend and in-house guest singer Cecile Believe reach a level of melisma and pitch variation – in conjunction with a ‘humanised’ autotune making her voice sound all in-betweeny and uncanny – that it sounds hyperactive and fourth-wall-breaking, touching on every possible pitch and personality in the space of about 40 seconds.

Rather than sticking to any one particular voice, ‘OOEPUI’’s voices are genderless, and if you can label them, you can at most – and only sometimes – call them traditionally ‘masculine’ or ‘feminine’. That’s when they’re not delving into traditionally genderless depths, like the inconceivably low, plastic growl-tones heard on ‘Ponyboy’ or ‘Faceshopping’.

More than ever, on OOEPUI, SOPHIE opts for a tasteful ‘thinness’ of sound, sacrificing the midrange in favour of strong bass and crisp, undistorted highs. Take ‘Whole New World / Pretend World’. In its first hardcore section, bass is exaggerated and highs and vocals are surround-sounded, to the point where everything sounds kissy and hollow. In a world where many sound engineers and purists insist on ‘warmth’ as paramount, SOPHIE rails against this, the result being a feeling of exaggeration. SOPHIE reclaims the idea of ‘hollowness’, separating it from its popular interpretation as soulless. Rather than being ‘empty’, that hollowness becomes a space of boundless potential, ready to be filled with liquid metal, plastic skin, mercury feeling.

To back this up – in the moments where ‘OOEPUI’ isn’t bursting with squeaky, rubbery, hard-hitting joy – the album takes on a beatless, purgatorial bed of emotivity. ‘Pretend World’, ‘Is It Cold In The Water’ and ‘Infatuation’ are semi-ambient breakdowns or ballads, like soothing relief from all that cutesy kerfuffle. But, all the same, they’re like great, thick slabs of pastel-hued ambience. It’s as though SOPHIE, in these moments of downtime, was trying to create an impression of something monumental, existential. An eternal ‘pool’ of sound, or sound-being, from which they could all-powerfully synthesise whichever sonic identity they wanted.

In 2018, SOPHIE spoke of transness as “taking control to bring your body more in line with your soul and spirit so the two aren’t fighting against each other and struggling to survive… that you can get closer to how you feel your true essence is”. That quote, and OOEPUI, captures SOPHIE’s legacy. Just like the collective “whoa” we uttered when first hearing SOPHIE’s productions our memories of their music – experiences which we were lucky to have so early on – are reminders of this possibility. We already have the power to break apart, meld, weld and reconstruct sound in infinitely nuanced and fine-tuned ways. In due course, I don’t doubt the same will happen, more and more, to our bodies and souls.
Jude Iago James