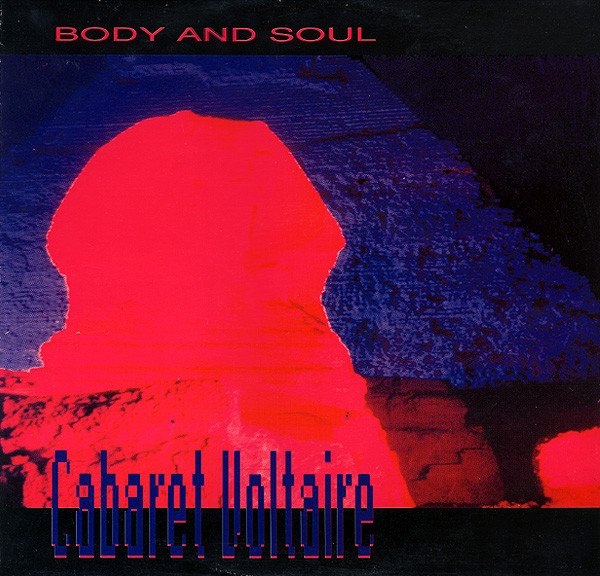 The story of Cabaret Voltaire is grainy, industrial-fired epic in three acts, with the mercurial Richard H Kirk is the flawed, genius-like central figure. We’re currently living through the much-delayed third act, where Kirk is the sole participant. So far, this surprising reincarnation has gone to plan, with critics’ lauding last year’s spiky and growling comeback album, Shadow of Fearand February’s fuzzy techno assault, Shadow of Funk; no doubt similar plaudits will accompany the imminent release of the more abstract Dekadrone and BN9Drone.

It’s the closing stages of Cabaret Voltaire’s second act – their incarnation as the duo of Kirk and Stephen Mallinder – at the turn of the ‘90s that we’ll focus on here, in part because it is the most frequently overlooked and easily dismissed portion of their near 50-year history.

In the years following Chris Watson’s departure in 1981, Kirk and Mallinder moved away from the dirt-encrusted bedroom experimentalism and cutting-edge industrial noise of their punk-era past, instead drawing increasing amounts of influence from new developments in Black American dance music – most notably electro. Their brand of British industrial funk – as defined on The Crackdown (1983), Micro-phonies (1984), The Covenant, The Sword and the Arm of The Lord (1985) and CODE (1987) – was unique and highly influential, with a number of Detroit’s techno pioneers citing the Sheffield act as an influence alongside Kraftwerk and YMO.

From 1988 onwards, when the first unique expressions of British house and techno began to emerge, Kirk and Mallinder’s focus shifted. Initially they seemed a little lost, caught between the demands of their label, EMI-owned Parlophone, for pop hits, and a desire to put their own stamp on the bleep techno sound that was emerging around them in Yorkshire.

You can hear this dilemma play out across 1990’s patchy Groovy, Laidback & Nasty, where weighty bleep-inspired cuts such as ‘Easy Life’ (co-produced by Mark Brydon and Forgemasters’ Rob Gordon) sit side by side with the radio-friendly house tracks they’d made in Chicago with Marshall Jefferson.

Kirk was not happy, and behind the scenes he’d been working with Sheffield scene stalwart DJ Parrot (Richard Barratt) as Sweet Exorcist, and (briefly) with Rob Gordon as XON. Through these associations he crafted stark, weighty, minimalistic and mind-altering UK techno that was amongst the most forward-thinking and revolutionary of the period.

When it came to recording a new Cabs album in the autumn of 1990, their first away from Parlophone, it was this sound that Kirk and Mallinder embraced. Fired up by his part in shaping the Bleep sound and countless trips to Sheffield clubs, Kirk made music powered by deep, industrial-strength bass, undulating acid lines, eerie melodies, jacking beats and snatches of sampled South American percussion (something that was also a feature of Sweet Exorcist’s album-length 1991 EP, Clonk’s Coming).

Strip out Mallinder’s idiosyncratic, half-sung, half-spoken vocals (his last as a member of the Cabs), and the resultant album, 1991’s Body & Soul, is effectively a collection of clanking and clandestine Bleep cuts infused with flashes of industrial funk and occasional nods towards the more refined end of deep house.

Body & Soul is an album worthy of re-appraisal, in part because it contains some genuinely inspired moments. For proof, check ‘Shout’, where a UK steppers-influenced beat and bowel-bothering bassline come to the fore; the murky, weighty and driving Steel City techno of ‘What Is Real’ and ‘Happy’, and the post-apocalyptic ambient soundscape that is ‘Decay’. Then there’s ‘Vibration’, a deep bleep instrumental with added warehouse-ready stabs that’s sounds like it was tailor made for DJ Parrot and Winston Hazel’s Jive Turkey night.

Body & Soul was as much a product of its environment and times as Cabaret Voltaire’s earliest work. It was Kirk and – to a lesser extent – Mallinder channelling the spirit of DJ Parrot and Winston Hazel’s Wednesday night sessions at Occasions in Sheffield, and adding their twist to techno, a genre whose creation their earlier records had partly inspired. For that reason alone, it should be considered one of their most historically significant records.
Matt Anniss