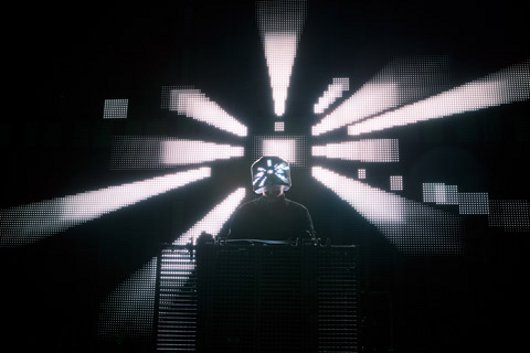 Squarepusher (pictured) heads up a list of artists who’ve all contributed to a remix album of work by Manchester jazz trio GoGo Penguin.

GoGo Penguin, a three-piece with multiple albums including A Humdrum Star (2018), Ocean In A Drop (Music For Film), and the Mercury Prize-nominated v2.0, are known for their fusion of electronica with nu-jazz, deploying breakbeats and electronic basslines.

The choice of having predominantly electronic remixers is a bold move for Blue Note Records, the legendary jazz label home to releases by the likes of Cannonball Adderley and John Coltrane.

GGP/RMX will also see a reworking of the rare track ‘Petit_a’, which was initially a Japan-only release, before it appeared on the band’s recent digital-only EP ‘Live From Studio 2’. An interplay between Japanese and Mancunian styles plays out on the project, as Cornelius and Horikawa use their tracks to pay homage to the English city and vice versa.

The album will be released by Blue Note Records on May 7.