Calibre on new album Feeling Normal – “to be in an ignorant position, it suits me” 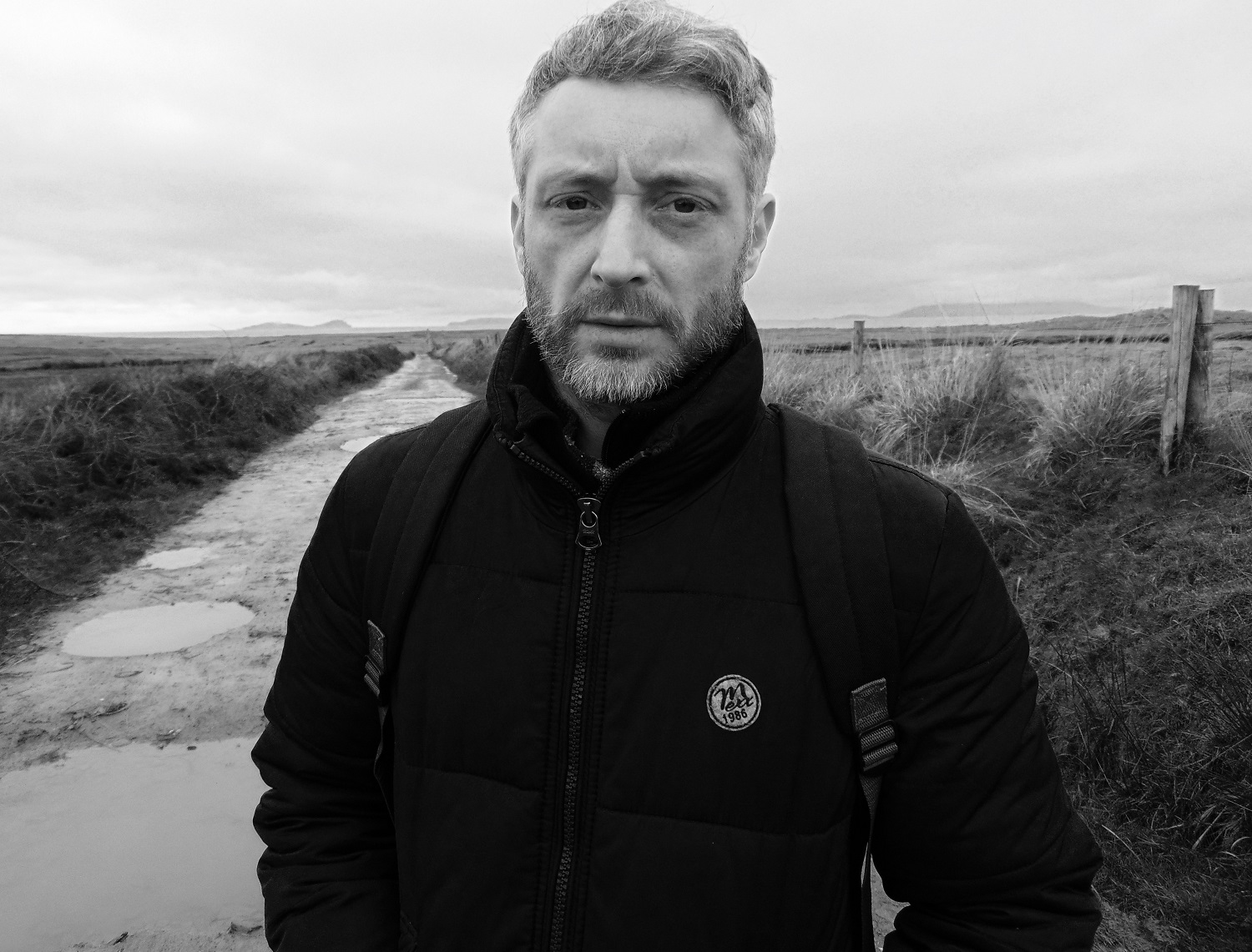 The underground music scene of producers, DJs and labels is often referred to as being DIY. But, as we discover when we catch up with the prolific Calibre, master of drum & bass and, in recent years, more eclectic, unique beats, some in the scene are more DIY than others.

“I was fixing a tap, earlier,” he laughs, speaking from a new home in Berlin, realising his response to our standard opening gambit couldn’t sound less rock ‘n’ roll if he intended it. Although, of course, not giving a shit what anyone else thinks truly trumps everything in the rock ‘n’ roll attitude stakes.

And indeed, these are weird times that we are living in. “I’m Just doing stuff I can accomplish at the moment, which is nice. I’ve been working and trying to relax, working and relaxing really. It’s a motivational thing for me, day to day, to keep going. But the DIY stuff I really like. I’ve gone through my life thinking I was really shit at DIY but when I get into it now, I feel like ‘yeah man, that’s pretty good’.”

Calibre, or to use his real name, Dominick Martin, is lucky enough to have an Irish passport which means he can continue to move freely and settle wherever he likes across the community. Given the country’s troubled past, he laughs again that it’s about time it was lucky to be Irish. He and his wife moved up from Cologne to Berlin in December of last year. “Every day we’ve looked out of the window it’s been really snowy,” he says in what is quite a thick but very lyrical, musical sounding southern Irish accent. “It’s been really romantic. I could get used to that.”

His days have been pretty cool, he says, despite the ‘Groundhog Day’ nature of lockdown existence. “At least the scenery has changed and I’ve got this new place to discover, even if it is fairly limited. I’m pretty busy. Busy doing things and busy doing nothing.”

What is clear already from our conversation is that although Martin is embedded in drum & bass culture almost as deeply as any producer, with a pedigree of over 60 singles and ten albums, he is one who embraces and indeed relishes the challenge of the new. Take, for example, his imminently released Feeling Normal album, out on his own Signature label on February 26.

The 13-track album is an exercise in slower beats – well, averaging at around 140bpm it’s hardly slow, but certainly slower than his drum & bass manoeuvres. It’s definitely, however, the sound of a producer freed up to produce something a little more instinctive, incorporating many of the influences that informed his drum & bass – dub basslines, house, hip-hop and garage beats – but in a new form. It sounds beautifully relaxed, perhaps, we ask, the result of not being in the middle of a specific scene?

“I think that’s one of the nice things really, to be in an ignorant position, it suits me,” he says, “It allows me to create something that’s a bit more unique. Whenever someone’s particularly ensconced in that particular genre everything is about the replication of what’s going to fit in and what’s cool. I think people are unaware of how confining that can be. I tend to view music in terms of broad, basic tempo. So it’s not so culturally effective for me, even though I’m a record collector and I’ll go and collect loads of different stuff. For me, when I write, I like to have the sense that it’s an open world to work around in. It’s very liberating.”

It was an experience playing at Craig Richards’ Houghton Festival that was a pivotal epiphany for Martin. “He had me play whatever I wanted,” he recalls “it really worked. I was like ‘wow, I can get the same reaction as I get from drum & bass, but in a different way and with a different movement, the way people moved and danced was different’. So I did the Grow album (for Richards’ The Nothing Special label in 2016) and that was the precursor to this I think.”

Martin also says that since the lockdown he’s been watching old skool parties on YouTube from the halcyon days of house and early hardcore and getting off on the fusion of music with four to the floor house beats and breakbeats both incorporated into the sound.

“It’s very innocent and very beautiful,” he says, “Everything was really fast because it’s on the four, but it has breaks in it as well. I’m old enough to have seen the whole thing being born, so for me that 140 is a wonderful place to be, with the breaks and the different types of rhythms.

It’s also something he says he’s seeing manifest itself in modern music in recent times too, “You can hear that poling through in the past few years in electronic music, different representations of that.”

As for the album’s title, Feeling Normal is simultaneously poking fun at the very concept of normality – “I think when you look through your life there is plenty of adversity,” he reckons, “There is no normality really. I think it’s just something that’s an abstract comfort” – but also a reference to capturing a time before Covid, the time in which the record was made.

“The fact that it is a record that was made primarily during a time when we were experiencing what we now think of normality for what we do, which is clubs being open and travelling around the place. To me, it dawned on me later on that that music is precious to us, we think yes, we can go back to the club environment and we’ll have all that in due course, but, you know, we don’t know what’s going to happen. It’s nice to have material that lives and breathes in normalcy.”

Feeling Normal was written alongside Planet Hearth, an ambient album Calibre released in 2019 but had actually taken the best part of four years to complete. Again, it was a project that he described as having wanted to make for a long time, ‘part of a slow metamorphosis’ into becoming an electronic producer in the widest sense rather purely a drum & bass producer.

“I always had the feeling that I had to get that (Planet Hearth) out so I could get onto this. It does have a listening at home element but also, because I have been in the clubs testing it, I knew how it felt in there, it felt special.”

As a big fan of reggae, in any case, which has been created for sound systems but been collected later for ‘its quality and its reductionism’, there’s not really anything such thing as music that exists purely in a club environment. In any case, Feeling Normal straddles both worlds in many ways, not least its blending of organic elements, from the vocals of Cimone and DRS, an MC (“although he’s more of a singer and songwriter”) that Martin has admired since his days with LTJ Bukem’s Good Looking label and worked with extensively, to his own wonderfully fluid piano playing.

“Because of the automation in electronic music, I think it’s more important than it’s ever been to incorporate human elements in there. I think kids are really lazy now – I mean, this is what I’m being told by people in the software industry rather than it being my opinion – and (they think) the more automation the better. At some stage in the future you’ll just hit a button and the random tune will be made for you that day. For me, it’s important that I paint a picture it’s not going to ‘Mona Lisa’ but it is me. That’s the important thing to me. People think electronic music is about the eradication of the human, but it’s very much about the human the whole way through the story.”

The mention of the ‘Mona Lisa’ is interesting too, as Martin likes to include a painting of his own as the artwork for each of his albums. We remark on the turbulent, dark tones of the cover of Feeling Normal. “It’s a sort of fucked up self-portrait that I did. It’s something else I’m trying to develop but keep it in contact with my music and give it some identity.”

There’s no big statement about the world in the album, he says, it’s more collection of different tracks with different meanings. ‘Feeling Normal’, for instance, the title track, is “a little dig of the presumption about the DJ and the world of the DJ, about how sycophantic and full of shit it actually is. I’m not trying to be very clear though, sometimes it’s only me who knows the meaning.”

For those longing for more Calibre drum & bass productions, however, fret not. Martin still has plenty of unreleased tracks very much rooted in the genre that will continue to see the light of day, either through other labels or via his own Signature label and its series of Shelflife collections, that reached volume six in May of last year.

The seventh instalment in the series is not far away, he assures us, pointing to his three month residency at XOYO in 2019 as the catalyst for unearthing and roadtesting all manner of tracks that had been lying dormant. “When I did XOYO I had a folder of unreleased drum & bass stuff – there’s around 350 tracks in that folder, and they’re all things I can play out. So I can afford to take my time with it.”

Don’t you fancy, we ask, following the lead of Aphex Twin or Wiley and simply dumping them all in one go on Soundcloud then?

“No,” he laughs in conclusion, “I’m not as rich as those guys! I still have something to fight for in a sense. 20 years in the game doesn’t make you rich! I’m in the situation where, because we’ve lost a lot of our work, it’s something even more poignant now to try and get this bit right.”