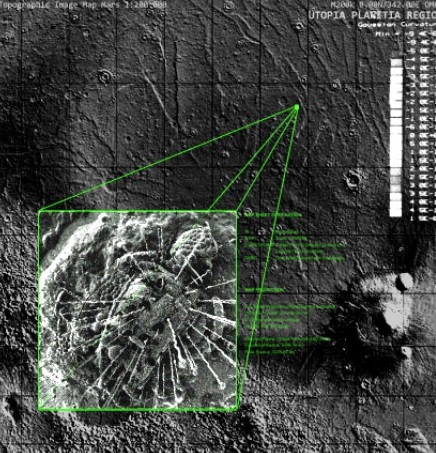 Mars89, the Tokyo-based electro musician, has placed himself at the technological forefront of music sharing this week, un-conventionally releasing his new album New Dawn solely as as an online virtual reality experience..

The VR world BTEK 001 – described as a 360-degree Martian landscape – is the full-scale, album-sized follow-up to a VR taster previously made for the artist’s 2018 single ‘Throbbing Pain’.

The new environment is a collaboration between Mars89, his multidisciplinary label Bokeh Versions in the UK, and a team of VR specialists in Mexico made up of members of ZeYX Lab, Outsiders Gallery, and the poet Horacio Warpola.

Serving as the realm’s soundtrack, New Dawn is currently out only via Bokeh.tech, which houses the VR world. Bokeh’s stated mission is to explore “advanced future media through music, virtual reality, 3D printing and anything else that the hopeful present/future has to offer”.

Appearing as an underwater realm, Mars89’s world never appears in the same way twice, auto-generating deep-sea tendrils, alien fossils, and forbidden substrates at random. It is an unnerving experience, using a mix of purplish hues and allusions to biotechnology.

Upon visiting the site, Bokeh recommends using card-style VR goggles, or HTC VIVE or OCULUS GO headsets to get the most out of the experience.

The project is also politically motivated, made partially in response to “government barriers and controls which threaten the spread of global music in physical mediums.” Mars89, also an activist and fashion influencer, became a central figure in the recent Shibuya protests in Tokyo, where he organised a rave in protest against racism, anti-LGBTQ+ discrimination, and sexism.

After a period of existing exclusively as a soundtrack, New Dawn will be made available to stream and buy from March 11.