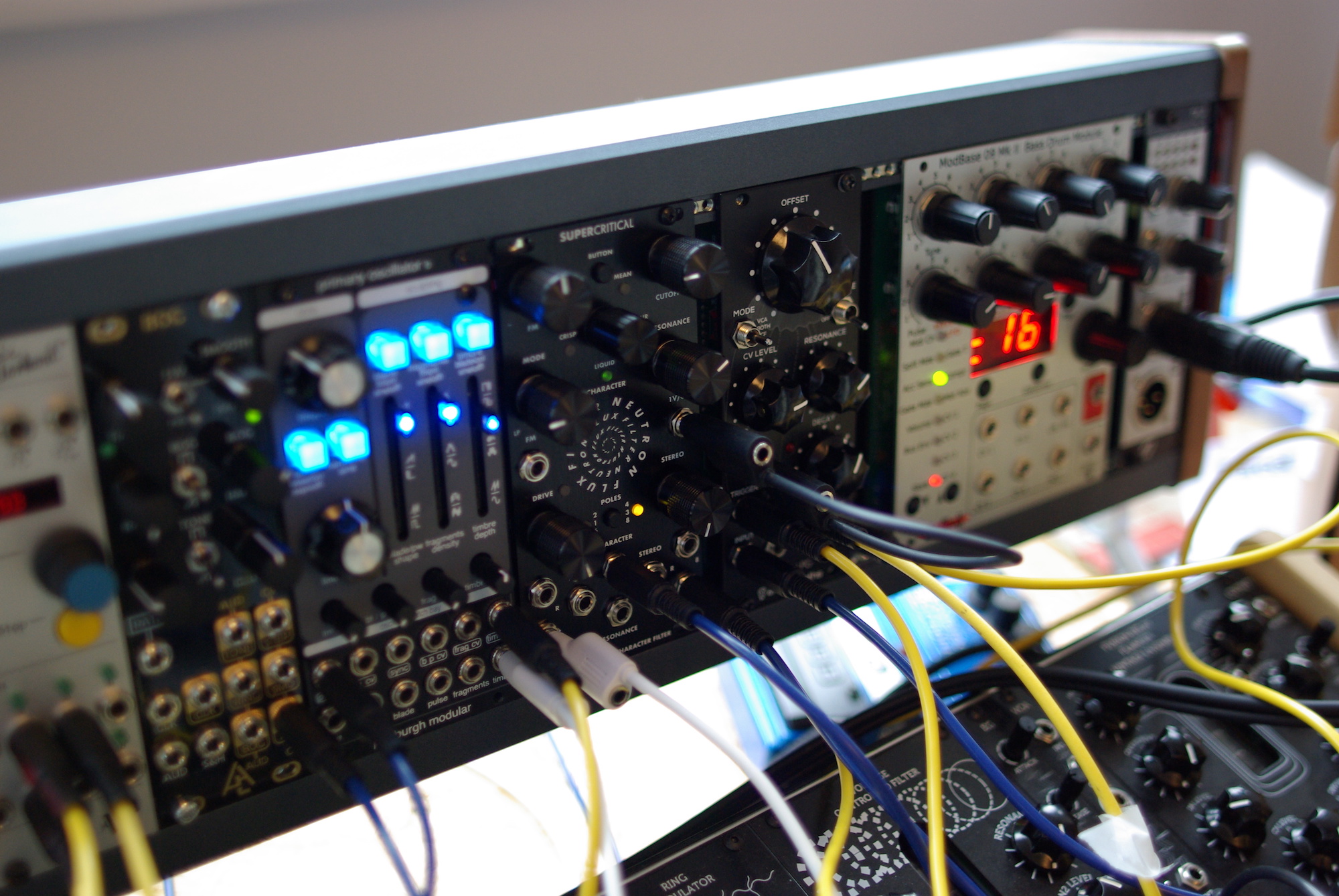 Any fears that 2021 might be a slow year for Eurorack were quickly dispelled in January with a wealth of new releases from established brands as well as newcomers. For this month’s round-up, we’ve picked out a selection of modules which tread familiar territory in exciting ways. Sequencers, filters and oscillators are the bread and butter of so many modular systems, but there’s still room for innovation.

Erica Synths are firm favourites round here, and the premium Black Series range usually represents the cream of the brand’s output. This month we’ve picked out two quite different modules, starting with the much-hyped Black Sequencer. At the risk of incurring the wrath of Public Enemy, believe the hype: the Black Sequencer is a phenomenally capable module, packing in four tracks of CV sequencing (plus MIDI), with sequences up to 64 steps and song mode to chain patterns together. What takes it to the next level is the implementation of more complex features like microtonal tuning, randomisation, probability and per-step modulation. It’s like the classic modular step sequencer crossed with something far more modern like an Elektron sequencer. Deep, complex and brilliantly powerful for studio or live use.

On the other hand, the new Black LPG is a much more simple but no less interesting module. The concept of a vactrol-based low-pass gate is inextricably linked with Don Buchla’s approach to synthesis as far back as the 1960s. For those who haven’t yet had the pleasure of these brilliantly musical modules, they’re somewhere between a VCA and a low-pass filter with built-in envelope generator. In the case of the Black LPG, it can be used in pure VCA mode, pure filter mode or ‘both’ mode, which is where the real magic happens: feed it an audio signal, open it with a CV signal and you get a beautiful organic sound as the gate and filter open simultaneously. The level of control here is way beyond what you get with most LPGs (particularly the basic passive type that’s commonly available at lower price points): the filter can resonate and get brilliantly squelchy, you’ve got control over decay time, offset to adjust filter cutoff and initial VCA level, plus lots of CV control. It’s one of the best low-pass gates on the market. We love it.

After Later Audio’s Bog has one of the most complicated back stories of any module we can think of. It’s a ‘reimagining’ of the Erica Synths Swamp module, which in turn was inspired by the classic Wogglebug module, originally designed by Grant Richter of Wiard Synthesizers but perhaps better known these days thanks to the Make Noise version released in 2014.

The Wogglebug concept builds on the classic Buchla ‘source of uncertainty’, offering smooth and stepped random voltages. A simplistic but period-correct assessment might be that it’s a sample-and-hold module on acid. Essentially, it’s all about chaos, but in a way that helps you add organic musicality and movement to patches. Brilliant stuff, hence its enduring legacy. Why go for the After Later version over any of the other similar modules on the market? It’s the smallest Wogglebug module we know of at just 8hp and it’s also the cheapest. A no-brainer for inspiring chaos. Teamed with the Black DPLPG, it’s like a twist on old-school west coast synthesis, offering a fresh, modern take on those classic Buchla ideas.

You could say much the same about the new Primary Oscillator B from Pittsburgh Modular’s Lifeforms range, which is the kind of complex, harmonically rich oscillator that Buchla loved. Pittsburgh describe it as ‘cascading waveform processing’, essentially a cluster of waveshapers that twist and turn the harmonics of the core waveform, with predictably rich and dense results. It’s a very different type of analogue oscillator to the typical saw/triangle/square VCO, and comes in at a very reasonable price. For the aesthetically minded, it also ships with both black and grey panels, so you can colour code it to match the rest of your modules. Bonus.

Supercritical’s Neutron Flux Filter is a wildly versatile VCF. There’s no getting around the fact this is not a cheap module. It’s probably even one of the most expensive Eurorack filter modules on the market. What you get for your money is a seriously high-end stereo multimode filter based around digital control of an analogue signal path. The party trick here is the way you can sweep seamlessly between the five different Character modes: Fat, Crisp, Liquid, Sour and Mean, each with its own distinct sound. On top of that you’ve got the option to overdrive the input, FM and the ability to add stereo width to mono signals. Modulate the Character mode via a CV signal and you can get into uniquely dynamic territory. You get what you pay for here: a staggeringly versatile filter that sounds superb no matter whether you push it into clean and silky territory or go to the extreme filthy end of the spectrum.

Finally, another monster of a sequencer module from Tesseract Modular. The Tukra is an eight-track trigger sequencer at heart but there’s a lot more to it once you dig in. It’s a brilliantly arcane-looking thing for a start, covered in mysterious icons and pictograms that channel Egyptian hieroglyphics as much as 80s computer graphics. The trigger sequencing options alone would be impressive at this price point but the Tukra is actually much more than just a sequencer, featuring a sample playback engine that turns it into a capable instrument in its own right. Great value, and proof that simple ideas can still be innovative even in 2021.