The analogue drone synth has been developed in collaboration with Alessandro Cortini. 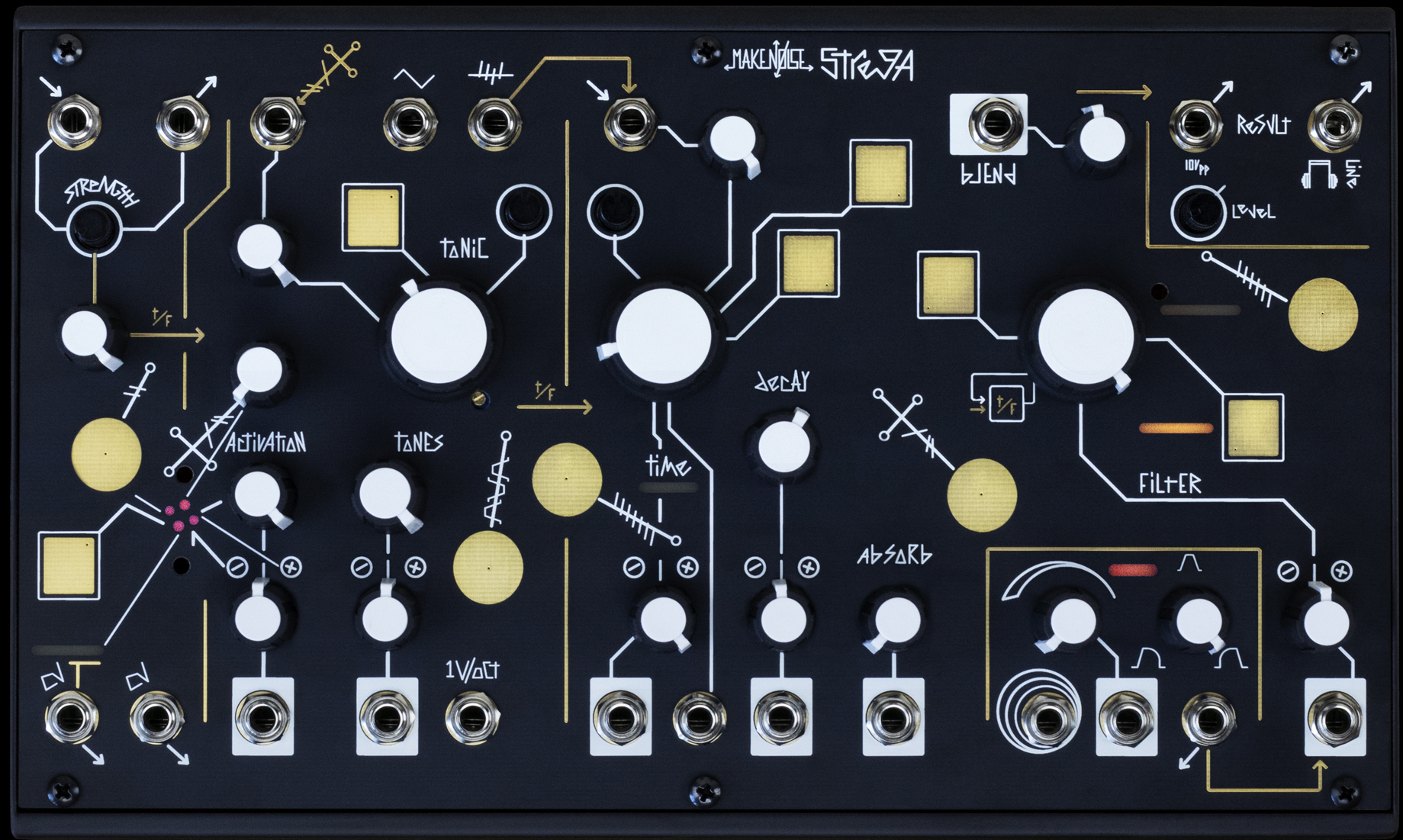 Developed in conjunction with Nine Inch Nails touring band member and all-round sonic experimentalist Alessandro Cortini, Make Noise have unveiled their new Strega synth. In typical Make Noise style, the Strega is unconventional, based around an analogue oscillator and unusual ‘karaoke-style’ delay circuit with three unsynced taps. It seems best suited to drones and textures, with lots of hands-on control thanks to touch bridges that apply momentary modulation. See and hear it below:

Based on the same desktop module design as the 0-Coast synth and 0-Ctrl sequencer, the Strega is a semi-modular design, capable of processing external sounds and generating control signals as well as operating as a standalone synth. As you’d expect, it’s all compatible with Eurorack.

The Make Noise Strega is expected to start shipping in February, priced at £517.99. Scroll down to see Sonic State’s Nick Batt discuss the instrument with Alessandro Cortini.