Krust – how ELO, prog rock and ‘the wall of power’ made a d&b classic 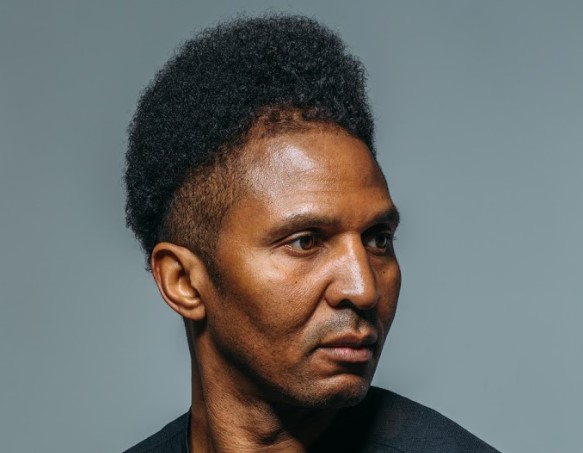 Krust can still remember the moment, sometime around 2008, when he realised he simply couldn’t go on.

He was at a party at the offices of Full Cycle in Bristol, the label he’d helped to build up into an internationally renowned label and one of the longest established and most respected stables in drum & bass. As well as being home to Krust’s distinctive, immediately recognisable productions, it featured the work of fellow co-founders Roni Size and DJ Die, who would eventually scoop the Mercury Prize as the extended collective Reprazent.

“I just remember thinking, ‘I can’t do this anymore’ and walking out,” he tells us, speaking from his car in Bristol on a manic day celebrating the release of his new album The Edge of Everything.

He had left the party in more ways than one. The precise details of what followed are still vague, but it was certainly traumatic enough to be called a breakdown. Krust – real name Kirk Thompson – withdrew from the scene that had defined him since he’d been a teenager. Even before the days of drum & bass he’d tasted chart success with the group Fresh 4 and their breakbeat-enhanced cover of ‘Wishing On A Star’ by Rose Royce.

He embarked on what he now knows was a journey to discover who Kirk Thompson really was. “I realised that all this time, I’d been hiding behind this name, DJ Krust,” he admits in typically candid and open terms. Growing up in relative poverty in the less than tolerant 1970s, he had some self-esteem issues that he’d spent much of his life dodging and outrunning. But it was time to face – and face down – those demons.

“I walked away; took a step back to discover new things. I went on retreats and workshops, meditated, studied beliefs and neuro-linguistic programming, and thought a lot about creativity and consciousness. I also had to really consider, ‘who is Kirk Thompson’?” he says in the deeply philosophical notes that accompany the album.

So when the time came to create his first album in 14 years – longtime fan and label owner Damian Lazarus of Crosstown Rebels finally persuaded him – he did things very differently. Firstly, he had to assemble a new studio, one that bridged the gap between his old modus operandi – all analogue, practically vintage by this point in time.

“There is a certain quality of the digital realm that is very, very valuable, and obviously the analogue sound is really valuable too,” he tells us. “So how do get them working together to create a complete sound that really represents who you are as a person?”

He spent upwards of a year trying to figure that out, experimenting with plugins and software and Pro Tools. “Making them do silly, wonky things just like I would do if I had a real synth,” he says, “The trouble with digital synths is that it’s harder to make mistakes with them. They don’t get warmer when you leave them on. The sound doesn’t change. With a Moog, I used to leave my Moog on for a week, and every day you’d go back to it the sound would change. And the same thing with the ARP Odyssey and the strings – the longer the transisters are on the warmer the sound. You don’t get that with digital sound.”

When we forward the theory we’ve heard that US hip-hop records can sound different to European ones simply because of the voltage used to power the drum machines, he enthusiastically agrees and adds: “You get the same thing in Jamaica when you cut a dubplate there, because of the voltage system there the plate sounds different. On my last album we cut some of the vinyl in Jamaica just for that reason.”

In another search for the source of his personality, he began researching 70s records, after a revelatory moment when he’d suddenly caught himself singing ‘Mr Blue Sky’ by ELO while walking down the street.

“I thought ‘isn’t that an amazing tune. So I downloaded it and I was listening to it and I started breaking it down – how did they do it? What synths did they use? Why did they do that with the arrangement? What’s that bit at the end? That was a big pop tune, why aren’t we making more music like that today?! 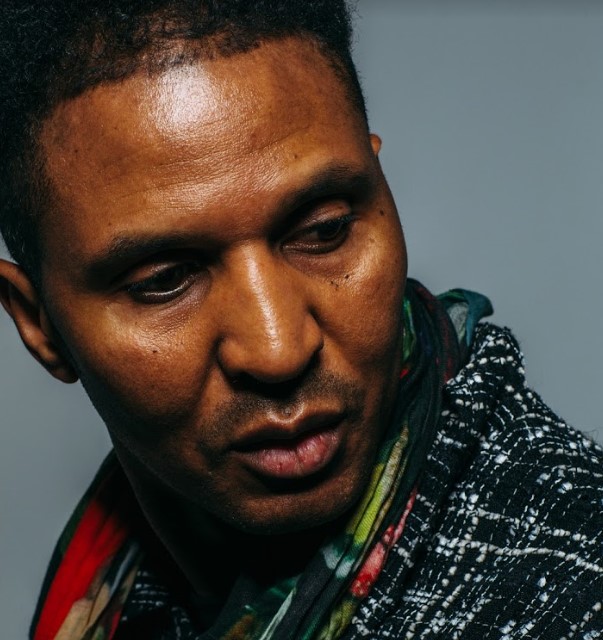 “I’m a kid from the 70s, I grew up in the 70s so I’m tuned into that frequency normally. When I’m listening to music I’m always referencing that era as what good music is. So I listened to funk records, funk rock records, even prog rock records. The way a lot of prog music uses pre amps on the guitars and the pedals they use and stuff. So, I was like I’m going to pre-amp my synthisisers then. I’m gonna put them through pedals, shave off the top end and boost the middle. I just treated the synths like they used to treat the guitars. Just mess around until I found the sound and then when I’d found it I’d just sample it and start messing around with it all over again.”

It was more than simply trying to ape the sound though. Again, depth and curiosity led him on a quest to think as well as sound the way those 70s stars did.

“Trying to get into the mindset of these people,” he says “When you listen to the prog rock, even the electronic music that was around at the time, you hear the spirit of these people who weren’t bound by conventions or rules, or the four minute radio thing or it can’t be this loud because of the loudness wars, they didn’t have any of those constraints.

“That was my big turning point with it – stop trying to make music that will please the people’s palate. Not that I ever did! But what this album is about is – and I’m not trying to go against the grain or be a disruptive element for the sake of it – is about the fact I want to make great art. I want this album to be like a great movie, I want it to be like ‘The Matrix’.”

The idea of The Edge of Everything as some kind of filmic experience, a narrative vision in which Krust is somehow hunter and quarry alike, is one that he seems to reinforce. Certainly, the list of influences on the LP’s construction includes film directors Christopher Nolan and Martin Scorsese as well as the philosopher Hegel and The Kabbalah. But if that sounds like it might be pretentious, your doubts are quickly dismissed the moment you put it on. From the powerful breakbeat pressure of its opening bars, there is no denying the musical past he enjoyed. But across the selection of 11 tracks, he’s applied that freedom and taken a proper trip, one that at times sounds more like soundtrack than dance music, while at other points inverts and re-invents the by now well worn templates of drum and bass. In short, it’s a real revelation. About as far from the bubblegum nature of disposable dancefloor pleasers as the genre ever got, but without losing its power or punch. Speaking of power, that brings us to phase two of Kirk’s unique construction of the album. “I built my own studio, I kitted it out, put all my equipment in there, and then I got the ‘wall of power’ together.

The wall of power, we ask?

“The wall of power is images, phrases, quotes, ideas. The wall is a wall in the studio, a 20 foot long wall, 17 feet high. The idea is you can go into the space and look at this wall and you’re just bombarded, basically, with inspiration. Pictures from my life, places I’ve been, places I want to go, awards, family, people I admire – it’s just bombarding me with information so I can sit there and soak up the vibe. I might associate one sound in a track with having a great time being on tour with Reprazent in Germany, or another with a tough time in my life and how I got through it. So it’s reminding me on a constant basis what I’m writing about.”

Listen to The Edge of Everything and you’ll have to agree, as a technique it definitely works. It’s not only highly powerful and certainly dramatic and dynamic enough to warrant its comparison to the thrills and spills of the big screen, but it also feels highly personal.

As perhaps it should. Krust is indeed a very different person to the one who fitted right into the middle of the drum & bass scene with anthems like ‘Set Speed’, ‘Jazz Note’ and ‘Warhead’. He’s replaced his former foremost means of relaxation – smoking weed – with meditation. He’s even decided to pass on what he’s learnt in the way of techniques and systems for living, via Disruptive Patterns, a “lifestyle coaching consultancy” holding workshops and seminars giving advice on time management, overcoming personal challenges, creative thinking, wellness and the development of the working mindsets. There’s an offshoot for new producers called Future Minds and YooTube videos (search for Power Hour / Planet Reset / Adapt The Canvas) coaching creativity, motivation and problem solving, as well as some fascinating insights into his personal and professional history.

But us music lovers are glad, and please excuse the pun, to see him come Full Cycle and return to the studio. Back from The Edge, you might even call it, and back in action. Whether it’s Krust or Kirk Thompson, it doesn’t matter – it’s good to have him back, bigger and bolder than ever.