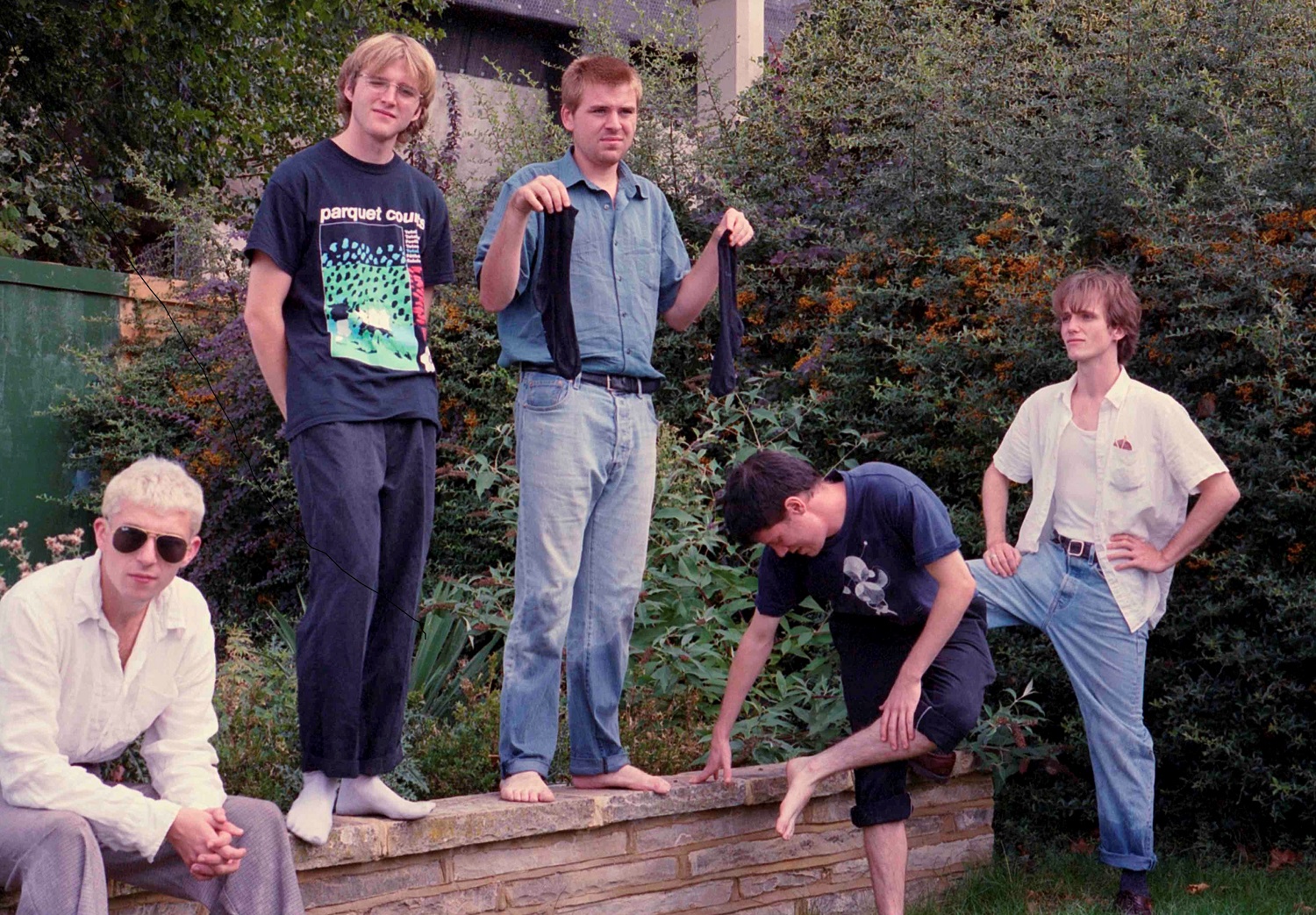 If – and hopefully when – the South London based band Shame head back out on the road, there may well be a new item on the group rider.

“It was one third vodka, one third rum, something like that, and one third orange juice,” recalls Shame’s singer Charlie Steen, with a somewhat inevitable but fond haziness. “Then they poured absinthe over it and it turns green, so they called it a Zombie. You could get it in a pint glass and I’d drink a pint of that for three pounds.”

Steen encountered the delights of the ‘Zombie’ at the start of 2019. Exhausted both physically and mentally by several years of consistent touring, the band almost fell apart but wisely chose instead to take a couple of months out of the game before starting work on their second album Drunk Tank Pink, which hits the shops this week.

The band’s bassist Josh Finerty headed to Berlin for a while, but Steen and guitarist Sean Coyle-Smith decamped to Cuba, ‘the most stunning place I’ve ever seen’. He tells us more when he and Josh join us from separate living rooms somewhere in South London for a Zoom call to tell us about the LP.

“He (Sean) has family friends in Cuba, Michael and Gloria, and we went and stayed with them,” he says, “We’d been so fortunate in touring and got to see so much of the world but it never feels… Well, you’re not quite a tourist and you’re definitely not like a local, you’re sort of somewhere in between.”

Being in Cuba, he says, was ‘like remembering what it’s like taking a break. There wasn’t any wi-fi or anything like that so you were never on your phone. If we hadn’t been saying with Sean’s friends then we would have been fucked – no-one speaks English there. But if you can speak Spanish you can get by. Any car is a cab, if you flag them down they’ll stop and pick you up and you give them 5p and they’ll drive you anywhere. Everything is so stunning and everyone is so happy I didn’t meet anyone who was aggressive over there – well, one person! But that was at Fabrica and I was really drunk. It was understandable!”

Josh chimes in and asks: “What is Fabrica?”

“Fabrica is where we would go ever weekend,” carried on Charlie, It’s weird – it’s like an art gallery and a cinema and a nightclub and a restaurant all in place. ZZ Top played there, I know that, and Fidel (Castor – Cuba’s former leader) used to come to the shows there and watch from the balcony.”

He says he’d love to play Cuba with Shame one day, although the economics of such a trip weren’t stacked in the band’s favour at the moment. “That would be fucking insane,” he says, “when we were there everyone was going on about the Rolling Stones gig that they did there. But when you play in Cuba you have to pay for it – you have to pay for everything!”

Never say never, of course, but in the meantime, Shame are going to have to content themselves with winning victories slightly closer to home. They did, unlike most of their contemporaries, manage to at least play a live gig in 2020, a socially distanced benefit for The Windmill, the venue on the edge of Brixton in South London that was the band’s rehearsal space for much of their formative years. Eddie says he’d like to play a week long residency there – but that, like the February UK tour (again socially distanced) that they’d planned in order to support the country’s desperately underfunded venue circuit, will also have to wait a while.

In the short term they’ll just have to content themselves with the fact that they’ve made 2021’s most startling and spectacular guitar album. If second albums – especially those that follow the kind of ecstatically received debuts like Shame’s Songs of Praise was – are traditionally difficult affairs, then Drunk Tank Pink does not show it.

Much has been made by reviewers of the supposedly more mellow sound the band have developed, but a quick listen to this album does not summon that word up at all. It’s more that they’ve taken their thrilling but sometime sprawling rage and focussed it into something scalpel-sharp compared to the blunt but undeniably powerful weapon they were before.

Clearly, the band’s time apart has played a part in a widening of their horizons. But it’s also noticeable in the interview with Eddie and Josh the role that hanging around with the slightly older generation has had on the record, from the family friends who took Eddie and Sean under their wing in Cuba, to the Acid Dad mentioned in recent single ‘Water In The Well’, a reference to the father of a friend of the band whose farm in the Scottish highlands became their rehearsal base when London couldn’t provide anything suitable or inspiring enough.

It was where the creativity really began, where old ideas hastily caught on mobile phones during hectic tours, were suddenly brought to life and expanded into full songs. It’s where something as simple as a walk up a hill gave birth to the existential roar of ‘Snow Day’.

The father of the band’s drummer Charlie Forbes, is the man pictured on its dramatic black and white sleeve and even the album’s title Drunk Tank Pink arrived at their door via another relation, Steen’s mother no less. “She’d torn two pages out of a book for me to read,” he says, “a book called ‘The Book of Colour’. The pages were on Baker Miller pink, this shade of pink that this guy Baker Miller had come up with to suppress violence and anger. It was, by weird co-incidence, exactly the same colour that my bedroom was painted, the room where most of the lyrics for this album had been written.” The title seemed to fir the album’s lyrical content, about perception, context and the subconscious. “I guess that’s the main thing about Baker Miller Pink,” says Steed, “it bleeds into you.”

As well as their intellectual horizons being widened, there’s definitely a whole load of new undercurrents at play beneath the trademark taut post-punk guitars. When we ask what they’d been listening to during the making of the LP, Steed laughs: “what, APART from Talking Heads you mean?!”

There is a clear new influence from David Byrne and co here, although as Steed says “it’s not like we were listening to them all the time, it’s more about how I phrased the vocals. Sean and I both got into them but quite independently actually.”

While in the bus between engagements on their extensive jaunts across Europe and the States, they’d also been exposed – via their tour manager – to numerous live albums by the likes of The Grateful Dead and Townes Van Zandt. Not obvious material for a band in their early 20s to feed on, but Josh says he loved the intimacy of these often impromptu recordings.

“These aren’t massive venues,” he recalls, “and you’ll get an announcement apologising for the lack of air conditioning at the beginning, they’re sort of unique.”

“I’m still not a Dead head!” admits Steed. Josh, on the other hand, is definitely a fan – a fan of the idea, anyway.

“I love the Graetful Dead. I mean, I don’t listen to them a lot but I love what they stand for. I just find it so cool how it’s so different every time. It’s an astounding mantra.”

A mantra, too, that Shame might do well to continue to follow, perhaps, as they enter the second chapter in a career bolder and sharper than before, the same but also very different. More power to their collective elbow, say we.
Ben Willmott