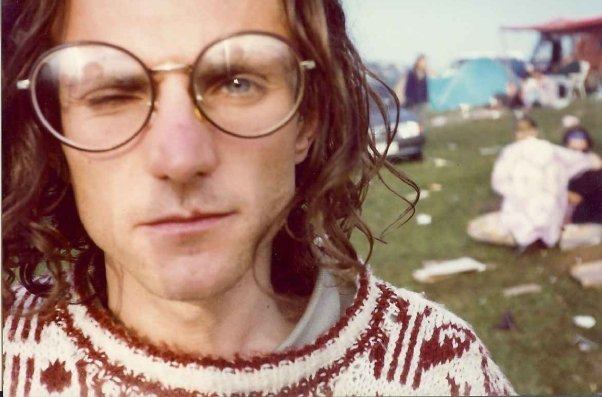 Nottingham label Spirit Wrestlers have released ‘7000 Possibilites of Existence’ by The Peaceful Ones, a duo made up of Andrew Riley (Smokescreen Soundsystem) and the late Pete Birch, with a vinyl edition set for the spring.

Before his passing in 2020, Birch, aka. Woosh, helped manage the legendary DiY Soundsystem as part of the duo Digs & Woosh. DiY was one of Britain’s first house music soundsystems, focusing on deep house rather than tekno and hardcore music, styles which are more often associated with free parties.

After being inspired to outcompete a local rave in 1989, DiY shot to underground notoriety in the space of just three years. They saw a short heyday until a new UK Criminal Justice Act – which clamped down on raves – came into effect in 1994.

In 1997, after throwing a party in a railway arch during Tony Wilson’s In The City music conference, they became widely known as “culturally, the most dangerous people in the UK.”

In recent years, Birch set up the Spirit Wrestlers Foundation label and charity, which releases new music and funds holistic musical treatments for illness. As of today, ‘7000 Possibilites of Existence’ has been downloaded 123 times, raising over £1100 for the charity. The proceeds have been in turn donated to the Nottingham organisation Love Mercy Hope, who help feed refugees and the homeless.

In an interview with DiY’s Harry Harrison, Birch commented on the importance of free parties as institutions which help foster a national spirit of rebellion. DiY had a strongly communal, not-for-profit ethos, despite a rising culture of individualism and consumerism in the UK.

A vinyl release of ‘7000 Possibilites of Existence’ is set for release in Spring. Listen and download here