This month, we take a deep dive into the extensive offering from new UK Eurorack brand Wavefonix. 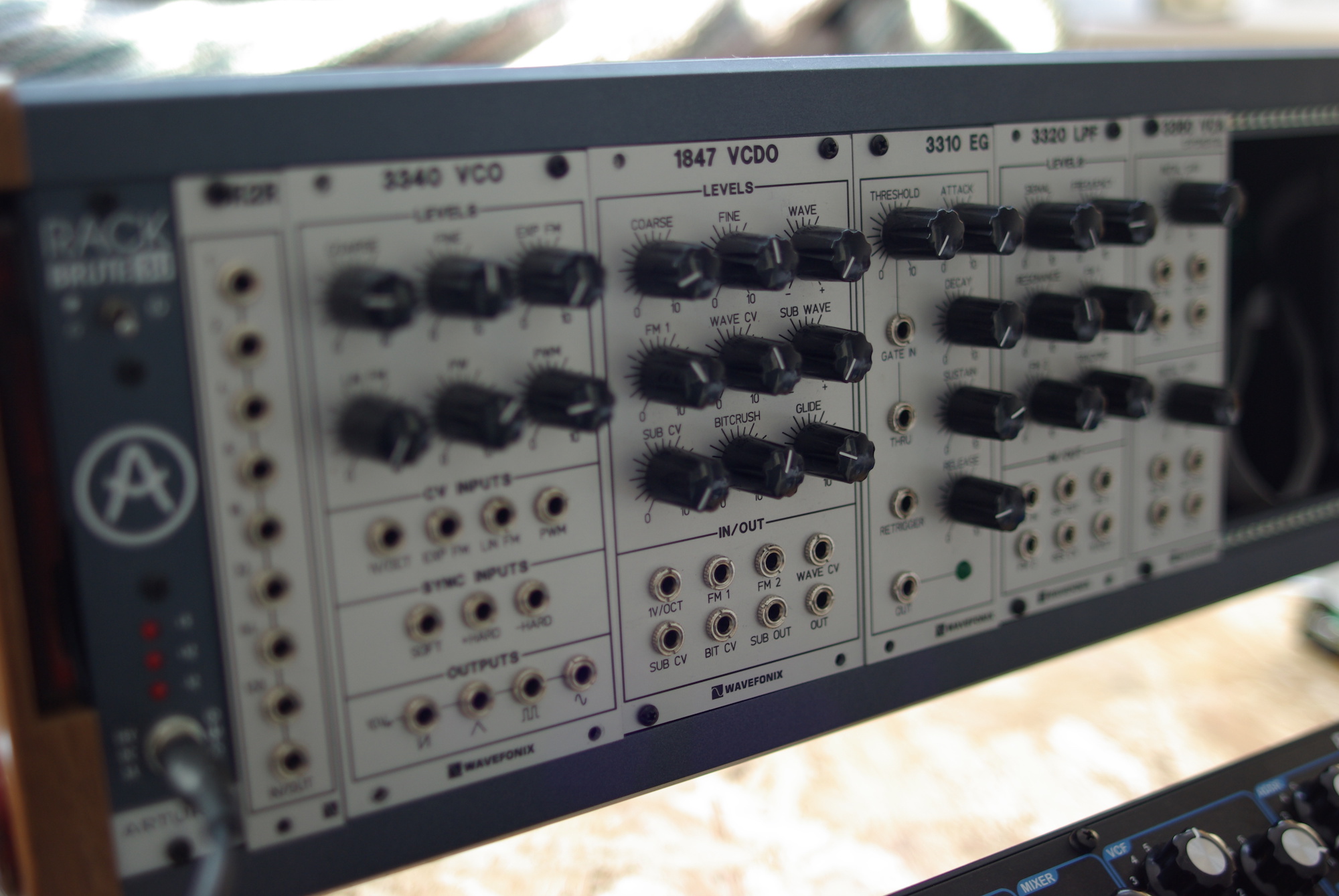 The Eurorack modular format has been one of the major success stories of music tech in recent years. Established in 1995 by Doepfer Musikelektronik as a more compact, accessible alternative to large-scale modular systems, Eurorack has exploded in popularity in recent years. The ModularGrid website now lists over 10,000 Eurorack modules from thousands of brands. One of the latest names on that list is Wavefonix, a UK-based operation founded in 2020 by designer and engineer Christopher Willocks. 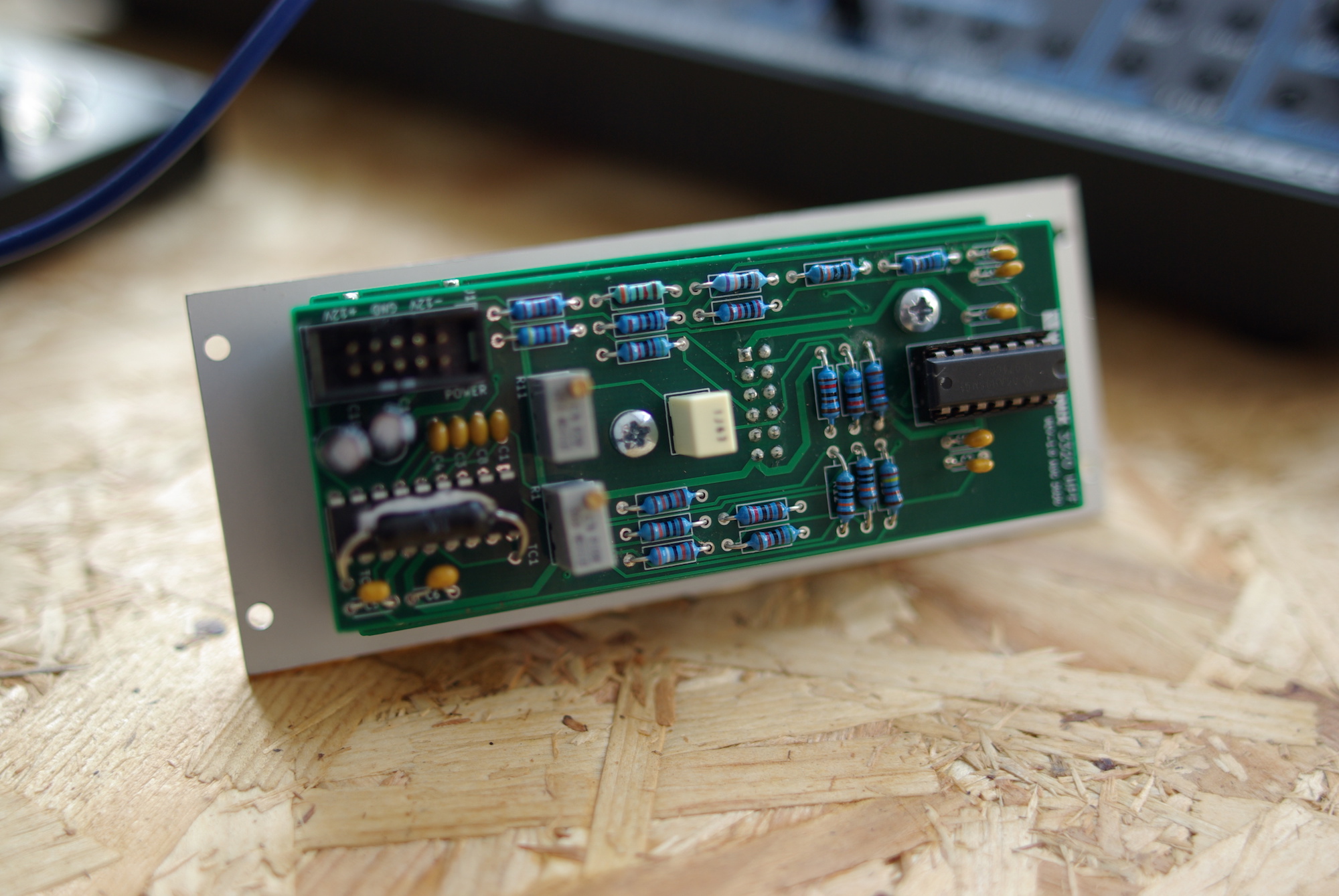 Unlike some brands which focus specifically on a very narrow area of music-making, Wavefonix take a broader approach. The first batch of modules that arrived for testing late last year included everything from analogue VCOs to digital wavetable oscillators, various mixers, VCAs and filters. Given the impressively broad scope of the brand’s debut release, we decided to bundle together a few all-Wavefonix systems in order to put the modules through their paces and pick out some highlights from the range. 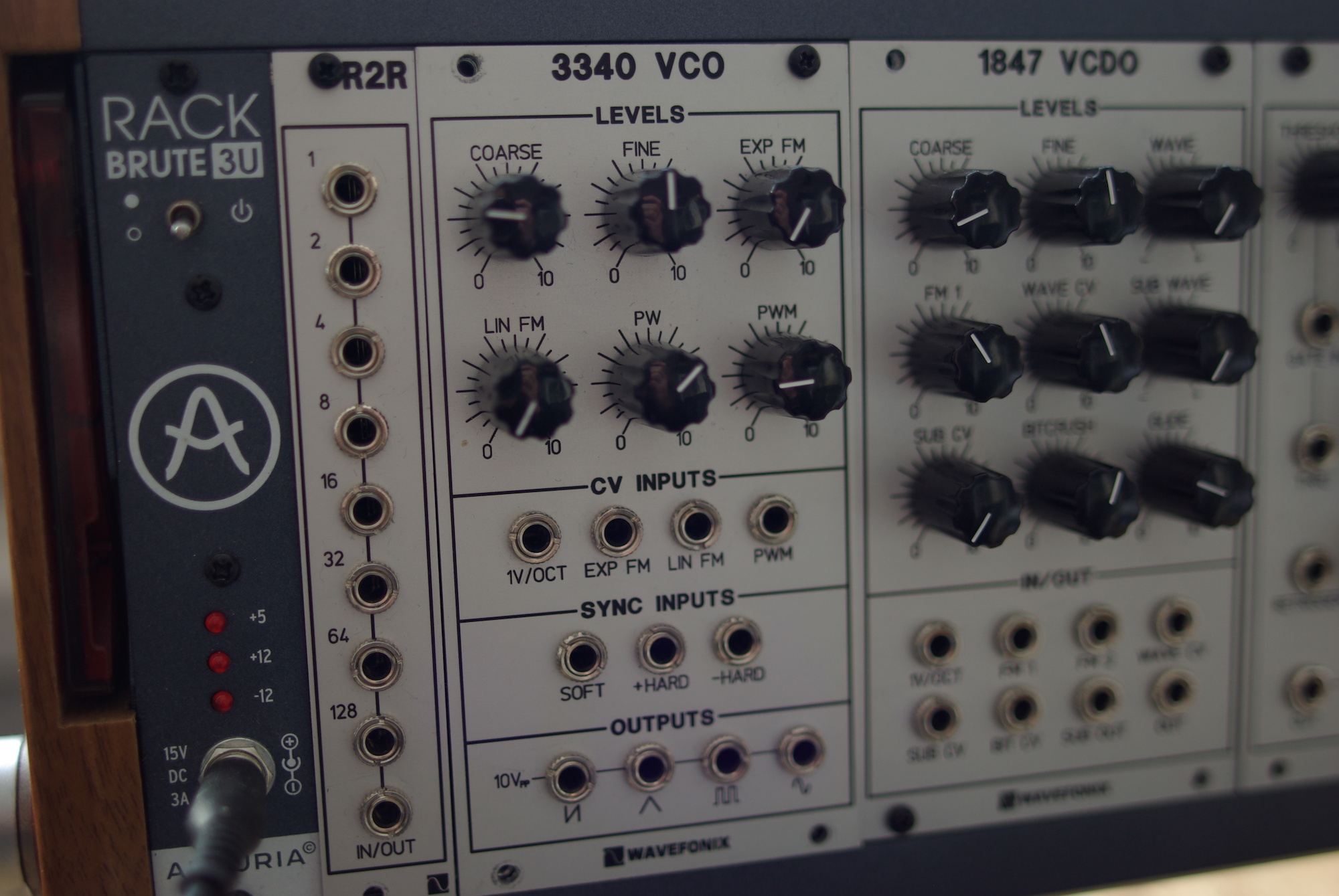 There’s no particular ideological commitment to either analogue or digital here, with modules of both flavours being offered. Take, for example, the 3340 VCO and the 1847 wavetable VCDO. The former is a strictly old-school analogue oscillator with an array of options including four simultaneous waveform outputs (ramp, triangle, pulse and sine) plus soft and hard sync, FM and PWM. It’s a proper, fully featured analogue VCO that offers huge scope in terms of generating raw tones. The 1847 model, on the other hand, is a very different proposition, based on a wavetable generator and taking advantage of the benefits of the digital approach: extensive waveform options, built-in bit crushing and glide, plus a separate sub-oscillator output. The two approaches are completely different but both modules are executed superbly, representing versatile takes on analogue and digital respectively. 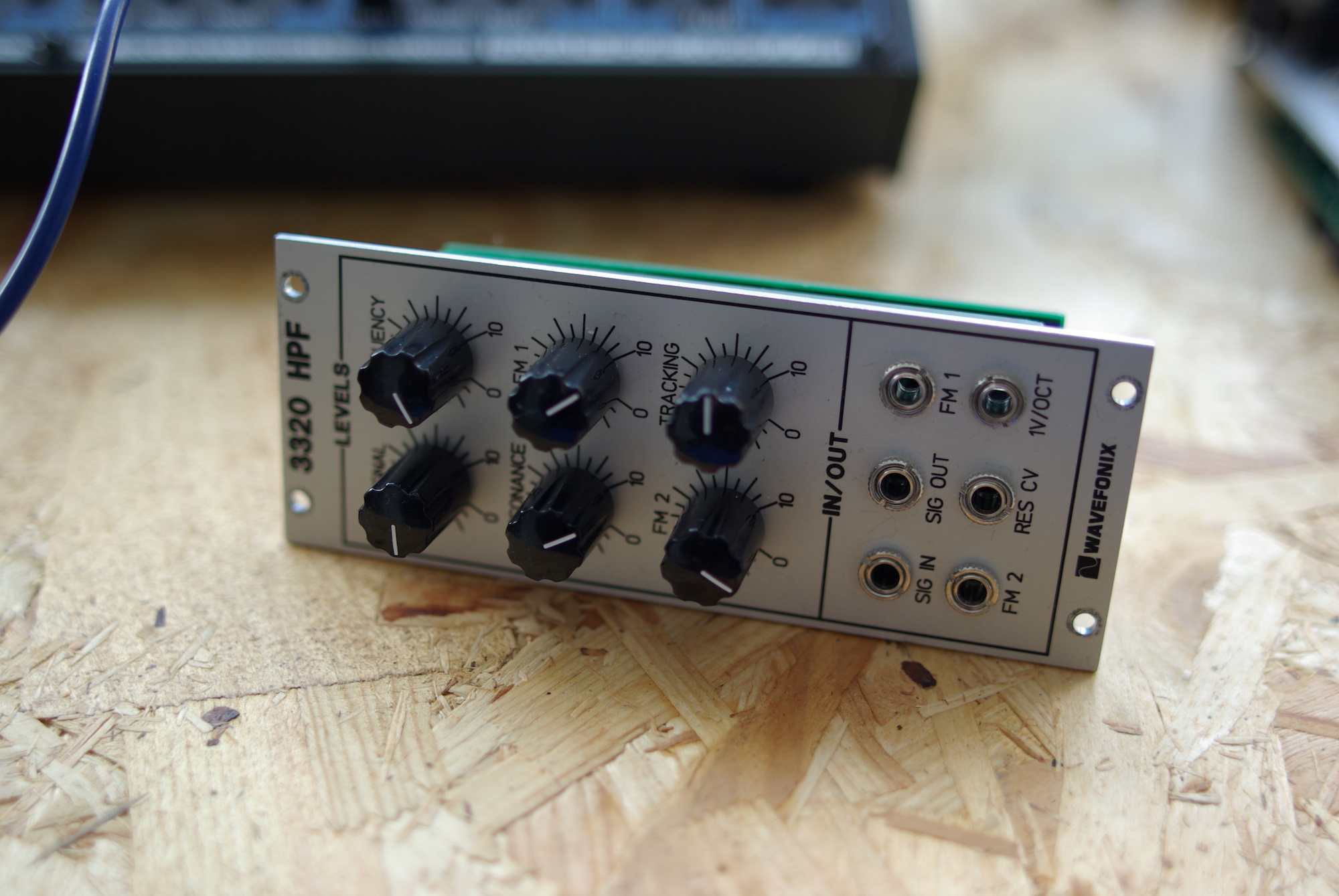 A quick scan through the Wavefonix line-up reveals a number of modules whose model names reference code numbers of the integrated circuits on which they’re built. In most cases, these are classic chips found in vintage synths, giving a clue as to the heritage of the circuit designs and the kind of sound to expect. The 3320 filter modules, for instance, are based on modern reissues of the classic Curtis CEM3320 chips, as found in iconic vintage instruments like the Elka Synthex, Fairlight CMI, LinnDrum, Waldorf Wave 2 and Oberheim OB-8. What that means is that many of the Wavefonix modules hark back to classic sounds while incorporating modern features and the versatility of the modular format. The 3320 LPF in particular is a peach of a low-pass filter, quite conventional in its operation but made more versatile with the (still surprisingly uncommon) addition of a CV input to control resonance, allowing for some interesting modulation options. At a touch over £130, it’s very good value for money. 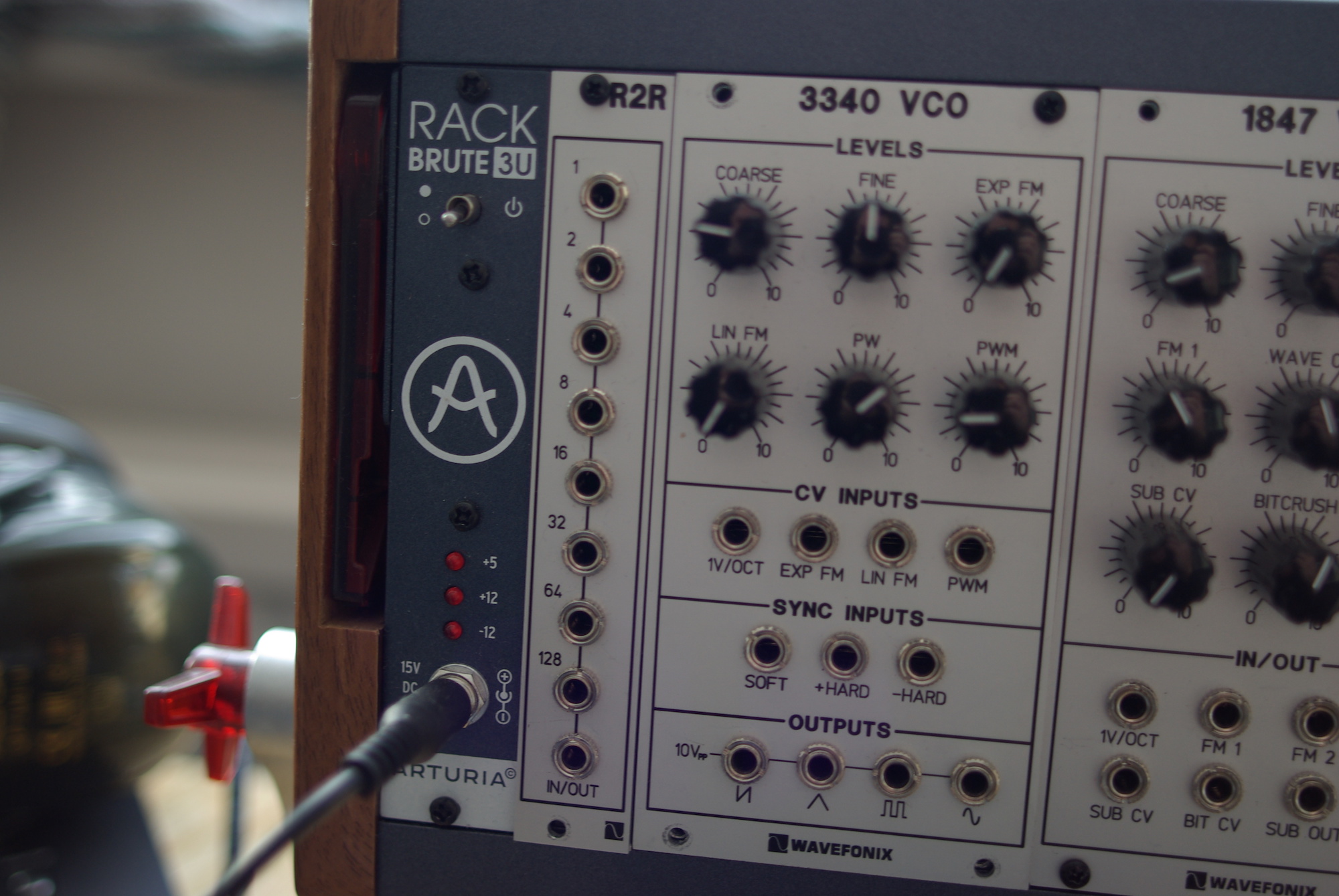 On that note, one of the most impressive things about the Wavefonix range is how keenly priced the modules are. We’re skimming over a lot of the less glamorous products in the line-up here, but despite being slightly less exciting it’s worth pointing out that the more functional utility modules like multiples, attenuverters and VCAs are well priced and capable. Generally speaking, I found the strength of the Wavefonix range to be in its solid approach to classic modules. This isn’t a brand that reinvents the wheel for the sake of doing something new, and that’s evident in the no-nonsense design of modules like the excellent RM ring modulator or the 3360 VCAs. However, there are some modules which break away from the more common approaches. The R2R DAC, for instance, is an interesting little passive module which can be used for digital-to-analogue conversion but also works as a mixer, attenuator or multiple depending on how you approach it. Perhaps it’s not as obvious a starting point as the oscillators and filters, but it’s an intriguing module. 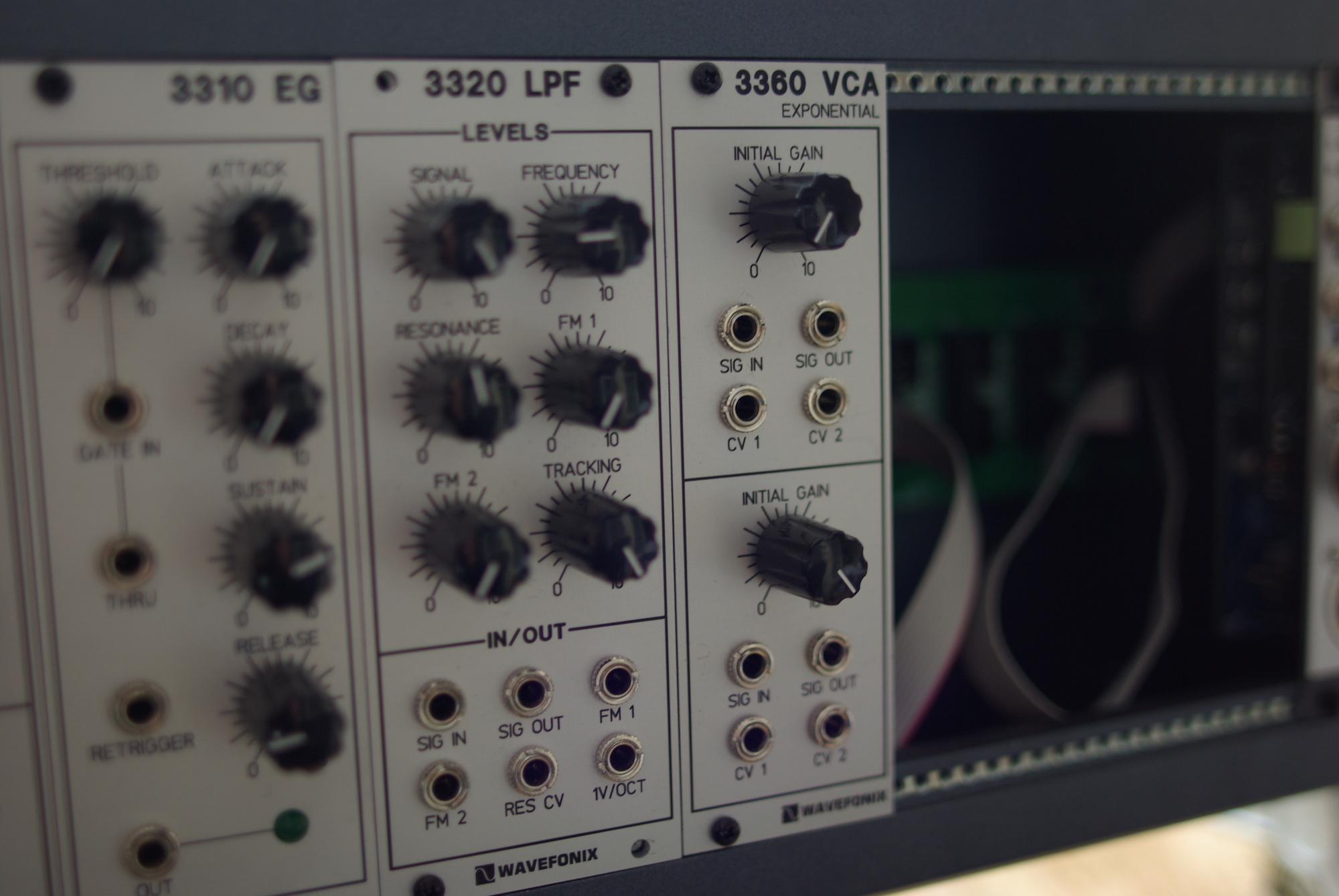 Wavefonix is a very young company, but there’s an ambition to the brand’s approach that’s immediately impressive. We found it was easy to put together racks based entirely on Wavefonix modules, with great results. The range may be small compared to godfathers of the scene like Doepfer, but there’s a similar philosophy there in terms of covering all the basics of high quality modular synthesis at reasonable prices. Having seen some of the plans for future Wavefonix modules, including 8-voice polyphonic modules, step sequencers and more vintage-inspired VCOs, we’re confident this is a brand which is going to grow into something special.