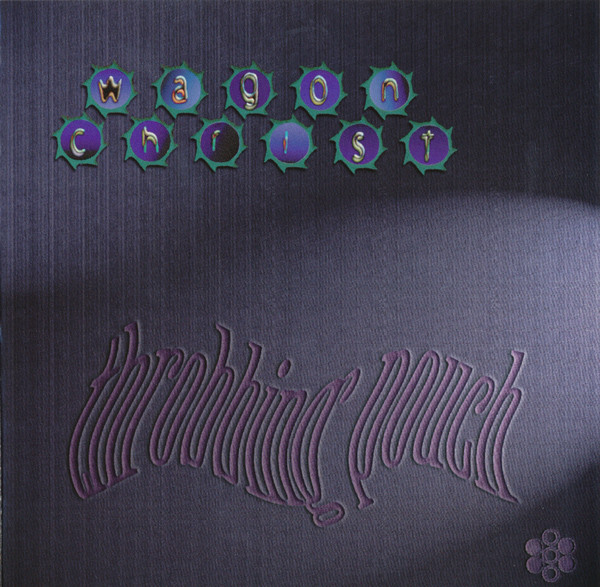 “You saved 2020”. Such was the enthusiasm of one Soundcloud commentator, on hearing the news that the first Wagon Christ album for over a decade was due to be dropped towards the end of this year. That might have overdone it slightly, but we knew what they meant. In fact, Luke Vibert – the man behind the Wagon Christ moniker – ended up releasing four choice albums this year. He may not have completely exactly saved 2020, but he made it hell of a lot more bearable.

It certainly meant it was a good time to dust off Throbbing Pouch from way back in 1995 for a second look and the full Done & Dusted treatment. If not officially the first Wagon Christ album – that title is reserved for 1994’s superchilled session ‘Phat Lab Nightmare’, made at the height of the ambient house boom – it’s definitely the first time the world was introduced to the sound that has been associated with the WC moniker ever since. A mad hip-hop head since his formative teenage years in Cornwall, Vibert puts his b-boy credentials to use here via irresistibly crisp, swinging breaks, combined not with rapping but with all manner of exotic samples and gorgeous electronics. This is electronica as we’d never heard it before, namely with a generous doobie hanging out of its mouth and a big, stoned smile on its face.

The clue is in the name – the ‘Carry On’ double entendre of ‘Throbbing Pouch’ is testament not only to the bulging package of sampladelic sounds being thrust in our direction, but also the sense of wit and humour that they’re executed with. At a time when his contemporaries were starting to take themselves perhaps a little bit too seriously, Vibert’s jams felt like they were freed up and having a laugh. From the scrambled spoken word samples that open the album and its first track ‘Reedin’, where MCs talk about “cooling out, laying back, relaxing” to the accompaniment of antique synths and warm, sampled clarinets, to the hazy violins on ‘Pull My Strings’ or bobbling double basses and tinkling pianos of ‘Ring Piece’, it’s a sonic world constructed from very human elements, from charity shop purchases and dusty, abandoned parental collections carried down from lofts and plundered. In short,, the unexpected is never very far away and preparing to poke you playfully on the nose.

Since making this, Vibert has gone on to make everything from drum & bass (as Plug), roughneck jungle (Amen Andrews), electro and techno (Kerrier District) and increasingly, in recent years, used his own name as he’s begun to tinker with, merge and inter-breed the various strands of his sound for even less predictable results. He had to come up with a new name – Rave Hop – for the mutant genre he created on the recently released album of the same name.

While all his productions seem to bear the same familiar hallmarks in one shape or another, judging by the stream of ecstatic comments left on the Soundcloud page when snippets of his new material were being previewed, there’s still a big appetite for his original incarnation. If you want to know what all the fuss is about, you could do worse than start at the (relative) beginning and check out the contents of his, ahem, Throbbing Pouch .
Ben Willmott