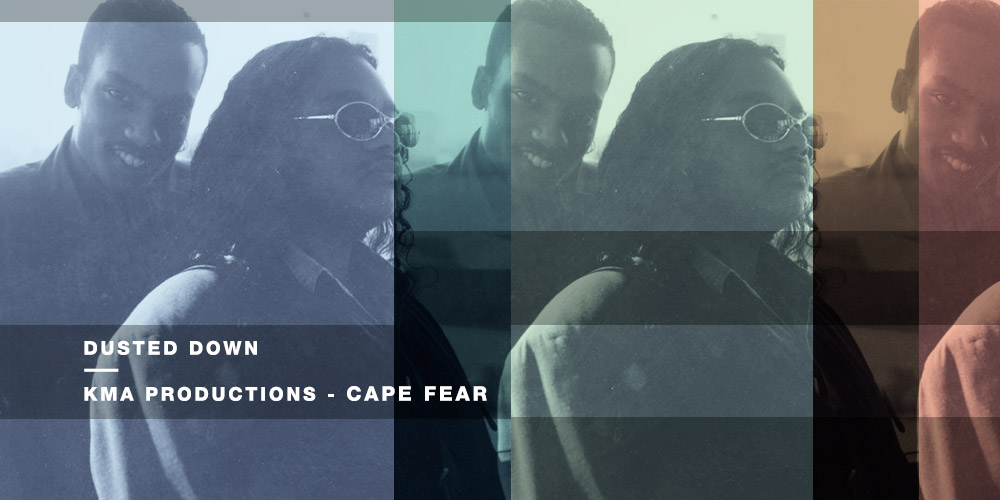 Oli Warwick traces the history of one of UK Garage’s most sinister productions.

It can be quite difficult to listen to some tracks and fully appreciate how revolutionary they were at the time. Living in an age where long-standing styles are appropriated and repackaged in the blink of an eye, a track of significant influence can sometimes be dulled by imitation in the fullness of time. “Cape Fear” by KMA Productions is no such tune. Even in the wake of multiple major musical evolutions since the track’s inception in the early-‘90s, the deadly simplicity slices through more than two decades worth of competition like a cutting needle carving a groove out of fresh acetate.

Incidentally, it’s in dubplate culture and pirate radio where the song first took shape thanks to the burgeoning career of Ian Degale, otherwise known as Maddness. In 1994, Maddness was a DJ on notorious London pirate radio station Freek FM, having cut his teeth on the jungle and hardcore scene before moving over to the developing sounds of UK garage. At that time, the term garage had more in common with the soulful strain of American house music that had itself mutated from the days of Larry Levan and Frankie Knuckles, before UK producers would start to work their own influences into the equation.

“On my shows on Freek FM,” says Maddness, “my brother Six (Rodney Degale) sung a vocal jingle, ‘you got what I want, you got what I need, it’s the Maddness.’ Everywhere I used to go, people used to sing it to me in the club and it just became really popular.”

Inspired by the customised dubplate intros his heroes such as Ellis Dee and Mickey Finn would drop at the start of their sets, Maddness had the idea of taking Six’s vocal lick and working it into a track that could announce his arrival whenever he would play. Six had a studio so they set about crafting their first track together as KMA Productions.

“You had Nice ‘n’ Ripe Records with the daddy of garage in the UK, Grant Nelson,” explains Maddness, “but I wanted it a bit more rough, a bit more underground, so I said, ‘why don’t we bring more of a jungle influence into garage?’ So we sampled the Nice ‘n’ Ripe loop and cut it up in a jungle style.”

Then they turned to a Novation Bass Station in the studio to try out some ideas for the bassline. Once they struck upon the wobble sounds, Maddness and Six figured it made sense to follow this theme of applying jungle tropes to the garage house template. Six dropped in some deep chord stabs and laid down a recording of his vocal hook, and the track was ready to be cut at Music House. This took place around Christmas in 1994, and so Maddness’ gig schedule meant he was getting the chance to drop his intro track up to seven times a week.

“People were like ‘oh shit, what the fuck is that?’” Maddness recalls. “It just sounded dark, like nothing ever heard. From that it just grew and grew, with DJs asking me, ‘Maddness, I need to play this tune,’ and I’m like, ‘what? It’s got my name in it. I can’t give you that!’”

Given the increasing demand for this one-off intro track (which can be heard ripped from the original Music House dubplate), Maddness and Six went back to the drawing board and looked at how they could alter the track to make it playable for other DJs. Six suggested cutting out the final, “it’s the Maddness,” part of his vocal and filling in the space with a sample from a film.

“There was another tune out there at the time from Mood II Swing called “Move Me”,” Maddness recalls. “It was the B-side dub mix, and the vocal was this random woman with this sultry voice so I suggested we find something like that. My brother said, ‘oh! At the beginning of Cape Fear the woman’s just talking randomly about mystifying nights.’”

That speech, which samples Juliette Lewis in one of her first major (Oscar-nominated) roles, became one of the hooks that made “Cape Fear” such an iconic track. Lingering over the scuffed intro of the track, Lewis’s dulcet tones sparred perfectly with Six’s “you got what I want, you got what I need.” It’s worth noting that Maddness and Six weren’t the only ones to sample the film; in 1993 DJ Harry and Point Blank had the same idea for their doom-laden hardcore track “Cape Fear” on Tone Def Records.

Maddness started to filter the dubplate out to select DJs that had been asking for a copy, such as The Dreem Teem’s Timmy Magic and Karl ‘Tuff Enuff’ Brown. Although some were initially unsure about the long intro, Maddness insists that once the track started getting an airing in clubs it was widely acclaimed. Of course, it wasn’t long before a label, Urban Beat, stepped in to try and license “Cape Fear” for an official release. Maddness had seen KMA Productions associates Baffled enjoy a successful working relationship with Urban Beat and felt the label was a credible outlet. So they signed “Cape Fear” to Urban Beat backed with “Phantasy Trip” (depending on which version you have, the A and B sides can be switched around).

“The money wasn’t great,” explains Maddness. “There was an advance but from that day on we never saw a penny from Urban Beat. We had an insider in the company and we found out about a year down the line that the company was getting liquidated, and they said, ‘oh you know your tune is being sold all over Europe.’ We thought it was just London!”

The Degale brothers headed to the Urban Beat offices and got the masters for “Cape Fear” back from the label, although Maddness admits his naivety at the time for not getting the publishing details sorted out for the track. With the masters back in their possession they re-released the track on The Fear Returns 12”, inviting Krush Groove to do two remixes that sat on the B-side. The Fear Returns appeared on KMA Productions, the pair’s own label that kicked off with the Breakin Out EP in 1997.

After their experiences with Urban Beat, Maddness and Six were suspicious of cutting any more deals in the industry and chose to distribute the two KMA Productions releases themselves, driving a van full of records around London and beyond. Despite not having a distribution deal, they still managed to shift some 30,000 copies of both releases, with the Breakin Out EP riding high on the early breakbeat garage styles of “Kaotic Maddness” in particular.

While those early releases and the Re-Con Mission 12” for Tarik Nashnus’ Locked On label were highly regarded within the nascent UK garage scene, there were few other releases from KMA Productions to come. As it happens, the buzz around those first few singles drew attention from major player BMG who were setting up a label called Maximum Productions for their new RnB group Another Level, and they approached KMA to deliver remixes in their distinctive breakbeat garage style.

If you dig around you can find the KMA remix of the ubiquitous ‘90’s RnB sleaze-out “Freak Me” – suffice it to say the remix is a vast improvement on the original. Elsewhere they were invited by R&S rework Model 500’s “Be Brave”, but as international DJ bookings took over Maddness’ schedule, so the studio time for KMA Productions diminished.

Maddness, however, has never left the music industry. Over the years he has turned his hand to drum and bass and jungle production for labels like Serial Killaz and Red Spot, while more recent developments in the garage scene after dubstep’s looming influence have drawn him back into the fold.

“I’ve started to get back into the new formula of garage music,” Maddness explains. “The nu-skool that was about years ago, I thought was wishy-washy garage and I didn’t really feel the raw essence of it, but now there’s a resurgence of this energy, and I can still carry those elements of ’94, ‘95 and “Cape Fear” through to today.”

Garage manifests in many different ways today, from experimental 2-step styles  – a la K-Lone and Etch – to the colourful bump of DJ Q and the like. In keeping with the style spanning, timeless nature of the track, “Cape Fear” has continued to pop up in a whole host of contemporary situations. In the field of minimal house, both Vlad Caia & Cristi Cons and Matthew Styles have turned out edits of the track, while Four Tet included the original version on his entry in the Fabric mix series back in 2011.

While he may be still actively engaging in the garage scene, Maddness is keen to leave “Cape Fear” as it is, a striking achievement from an era of dance music innovation that needs no update. “Even up to this day I’m still getting producers saying to me, ‘let me remix that,’ but I always come up with the same answer,” he explains. “You know what, for such a groundbreaking track, it’s hard to touch it. People are like well, you’ve got to repackage up “Cape Fear” and “Kaotic Maddness” and I’m like, ‘it’s hard to better it really so why not just leave it where it is.’”