This ultra-simple controller quickly became essential for DJs and performers who need something tougher than conventional pads. 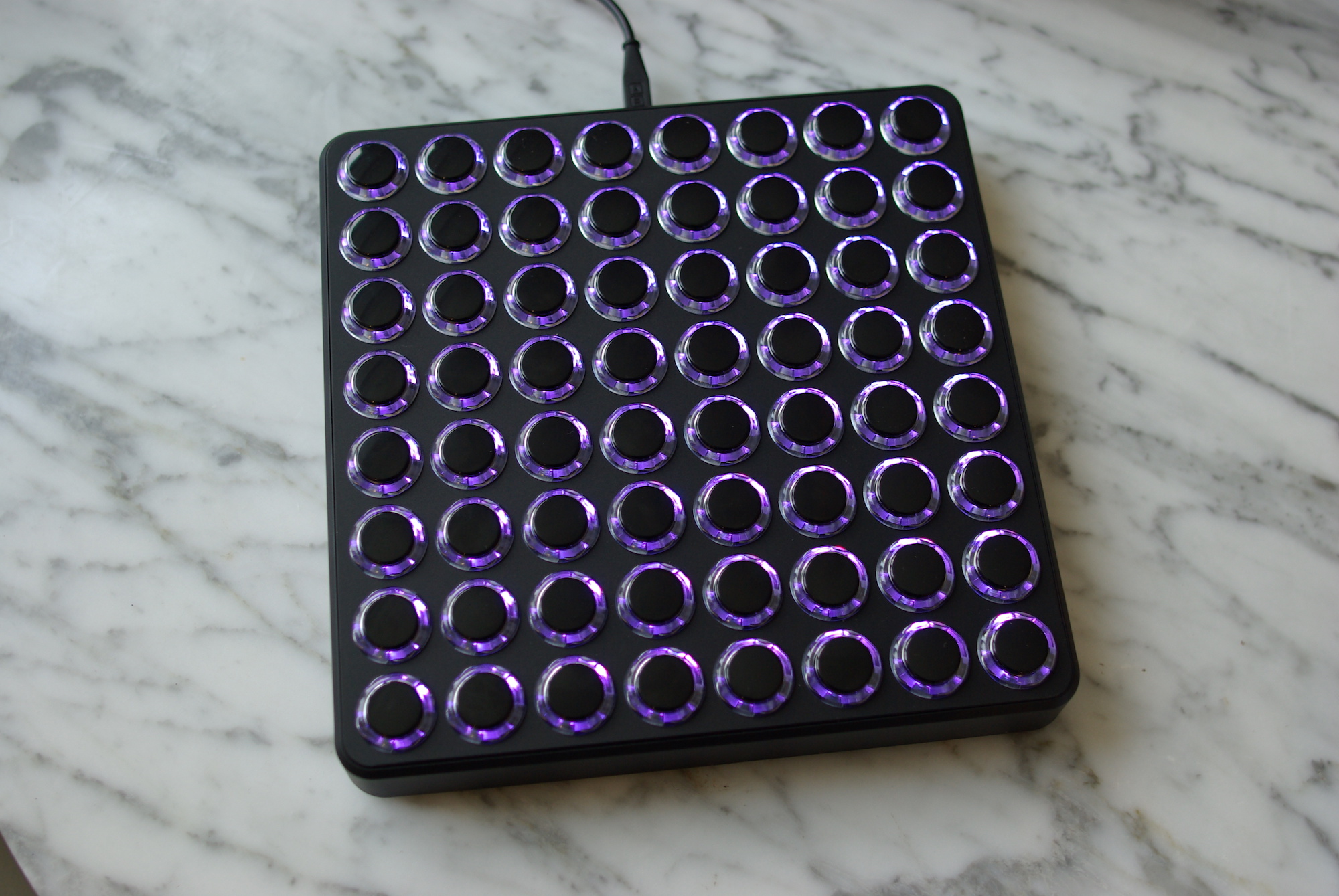 It’s a box with loads of buttons on it. That’s it. That’s the review.

OK, maybe there’s a bit more to it than that…

The MIDI Fighter 64 is one of those perfectly simple ideas that works in large part due to its single-minded approach. An 8×8 grid of arcade-style buttons on a MIDI controller, each one with a programmable LED surround. That’s about all there is to it, but its combination of precise response, solid feel and touring-standard durability quickly made the Midi Fighter series a hit with DJs, producers and live performers.

Co-developed by DJ TechTools engineer Michael Mitchell and LA-based musician Shawn Wasabi, the Midi Fighter 64 is the largest model in the DJ TechTools range. The brand specialises in controllers that live in the grey area between DJ gear, studio controllers and live performance gear: you can use the Midi Fighter for almost anything you like, in any of those contexts. Conventional DJing isn’t necessarily the point here, but rather clip/sample triggering, finger drumming and anything else that requires fast, low-latency control of anything that can be controlled via MIDI. 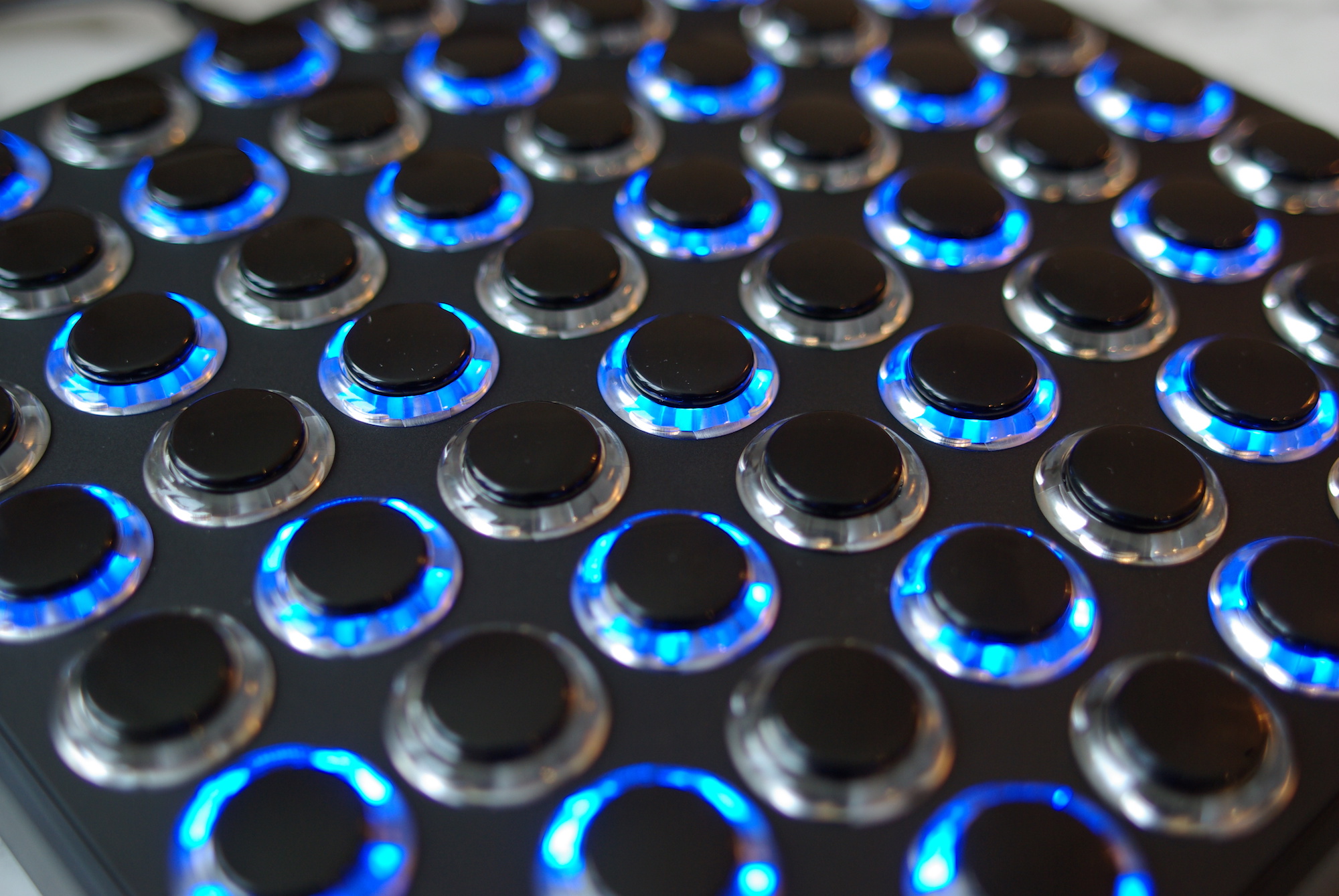 The key to the Midi Fighter is, to state the obvious, its 8×8 grid of authentic arcade-style buttons, the type you might have found on a 90s Street Fighter machine. DJ TechTools proudly state that they use authentic Japanese Sanwa OBSF-24 arcade buttons. In use, they’re clicky and hard, with clear and positive haptic feedback when they’re pressed (that tangible sense that something is happening within the switch) In many ways, they’ve deliberately been chosen to be the opposite of what you’d find on most pad controllers. It takes a few minutes to get used to the feeling if you’re more familiar with conventional pads, but once you build up the muscle memory they’re incredibly satisfying to use despite their lack of velocity sensitivity. It turns out that arcade-style buttons are as good for hammering out beats as they are for beat ‘em ups.

What’s unusual about the Midi Fighter is that it’s such a blank canvas, without a clear and obvious primary application. That’s not a criticism per se, but it does mean you have to configure it and set it up to work the way that suits your particular application. The obvious starting point is as a sample/sound launcher, and the Midi Fighter comes bundled with sound packs from Shawn Wasabi, Choke, ill. Gates, Mad Zach, and Apoth, which can be loaded into a DAW (the obvious choice is Ableton Live, but any DAW works) and used for performance. But beyond that, you can map the MIDI note and CC data from the 64 to any software or hardware you like. The included Midi Fighter Utility also allows you to configure the hardware to work in different ways, including the option to activate arcade-style ‘super combos’, which trigger specific MIDI notes when you hit combinations of keys, for a neat performance flourish. 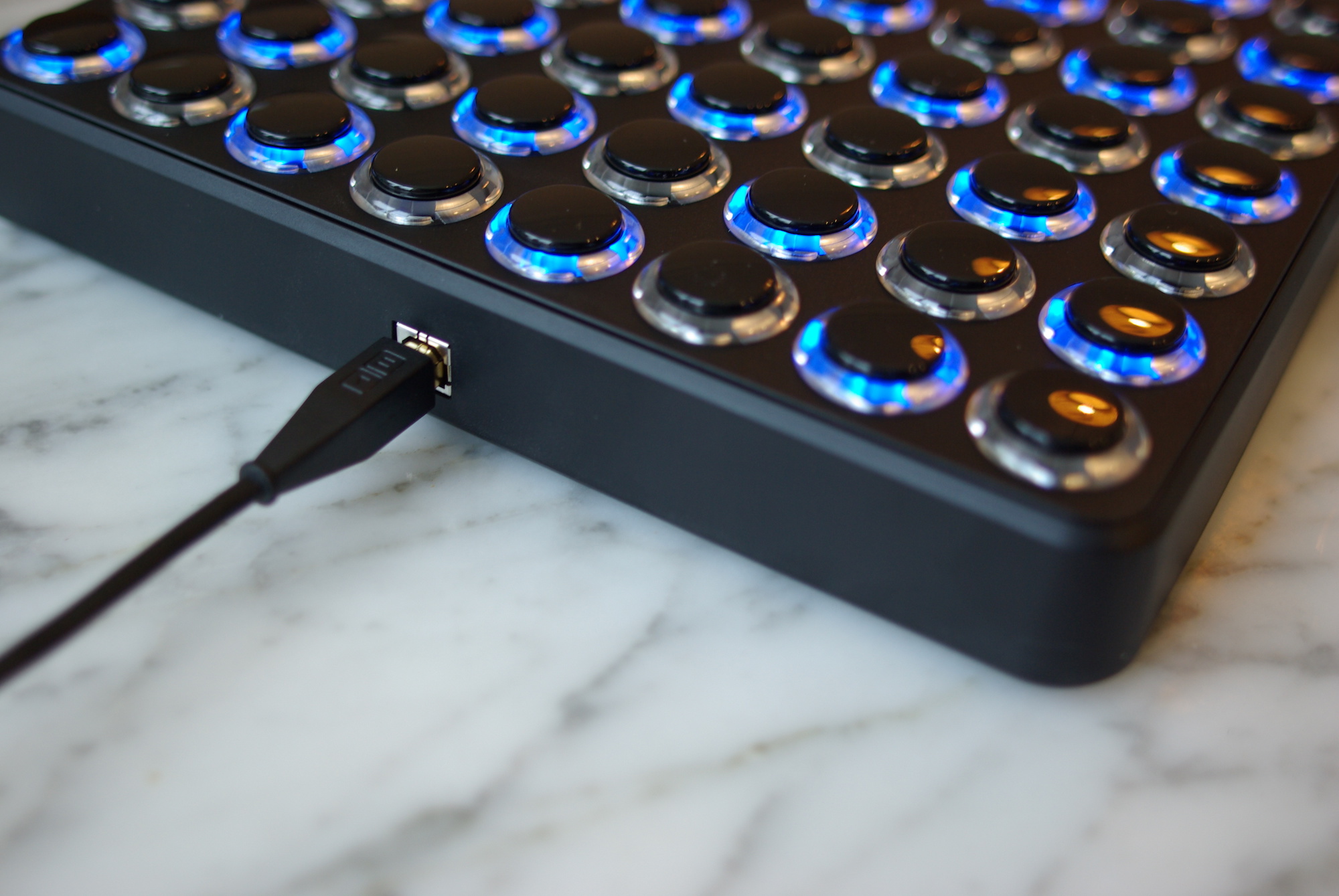 The visual element of the Midi Fighter shouldn’t be overlooked either. The light show the LED surrounds put on when you bash the buttons is immediately visually striking and, like the MIDI functionality itself, also user-configurable. You can choose from four different animation presets (square, circle, star and triangle) in addition to customising the colours of the LED surrounds themselves, both when idle (i.e. when you’re not touching them) and the colour they change to (and spread to nearby buttons) when you hit them.

All in all, the Midi Fighter 64 is a unique controller which is built for the rigours of live performance, whether DJ or musician. It might be a simple idea, but it’s executed perfectly. That’s it. That’s the review.