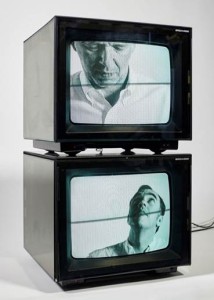 Soulwax celebrate the 15-year anniversary of their Nite Versions with a new vinyl and digital versions of the album including a newly reworked version of the track ‘NY Lipps’ featuring a spoken-word performance by LCD Soundsystem’s Nancy Whang.

Soulwax say: “Over the years we’ve been fortunate enough to have been asked by Dries Van Noten to create the soundtrack to a number of his runway shows. In 2011 we were given the opportunity to do so with the stems from David Bowie’s Heroes and in 2019 Dries asked us to do the same with one of our own songs, NY Lipps. This particular collection was inspired by Fassbinder’s Querelle which contained the song Each Man Kills The Thing He Loves. We thought it would be fitting to use Nancy Whang who sang on the original, speaking the words to the Oscar Wilde poem in this version.”

Originally released on [PIAS] in 2005, Nite Versions is a collection of remixes of songs from 2004’s Any Minute Now LP. As well as including the re-worked club classic ‘E Talking’, the Kawasaki Dub of ‘NY Lipps,’ (a mash up of Soulwax’s ‘NY Excuse’ and Lipps Inc.’s ‘Funky Town’), a cover of Daft Punk’s ‘Teachers’ and the collaborative DFA-mix of ‘Another Excuse, with artwork by Trevor Jackson.

“This album was our attempt at showing that even though we were seen as a revelation in dance music, we were rock kids playing in a rock band,” says a statement from the duo. “For a few of the singles we released off that album, we had asked other people to remix our tracks, but even though we liked them, we realised we wouldn’t play them in our own DJ sets. So, we decided to remix ourselves. Even though the name Nite Versions is a nod to the Night Versions remixes of the first Duran Duran singles which broke them in the US, conceptually our biggest influence was an album from 1982 called Love and Dancing by The League Unlimited Orchestra, which was essentially the hit album Dare by The Human League remixed by them and their producer in such a simple way that to this day still sounds more interesting than the original to us. The Nite Versions album only became an album after we had made a few of them for the single releases and we then realised we should remix the whole album, which we did in a few weeks’ time in between our ever-increasing DJ touring life”

The 15-year anniversary re-release is available digitally from November 27 via [PIAS], with pink and white vinyl versions following shortly.