It might be one of the smallest samplers on the market, but the ultra-portable Blackbox is a truly creative little instrument that does things in a unique, inspiring way. Greg Scarth finds out more. 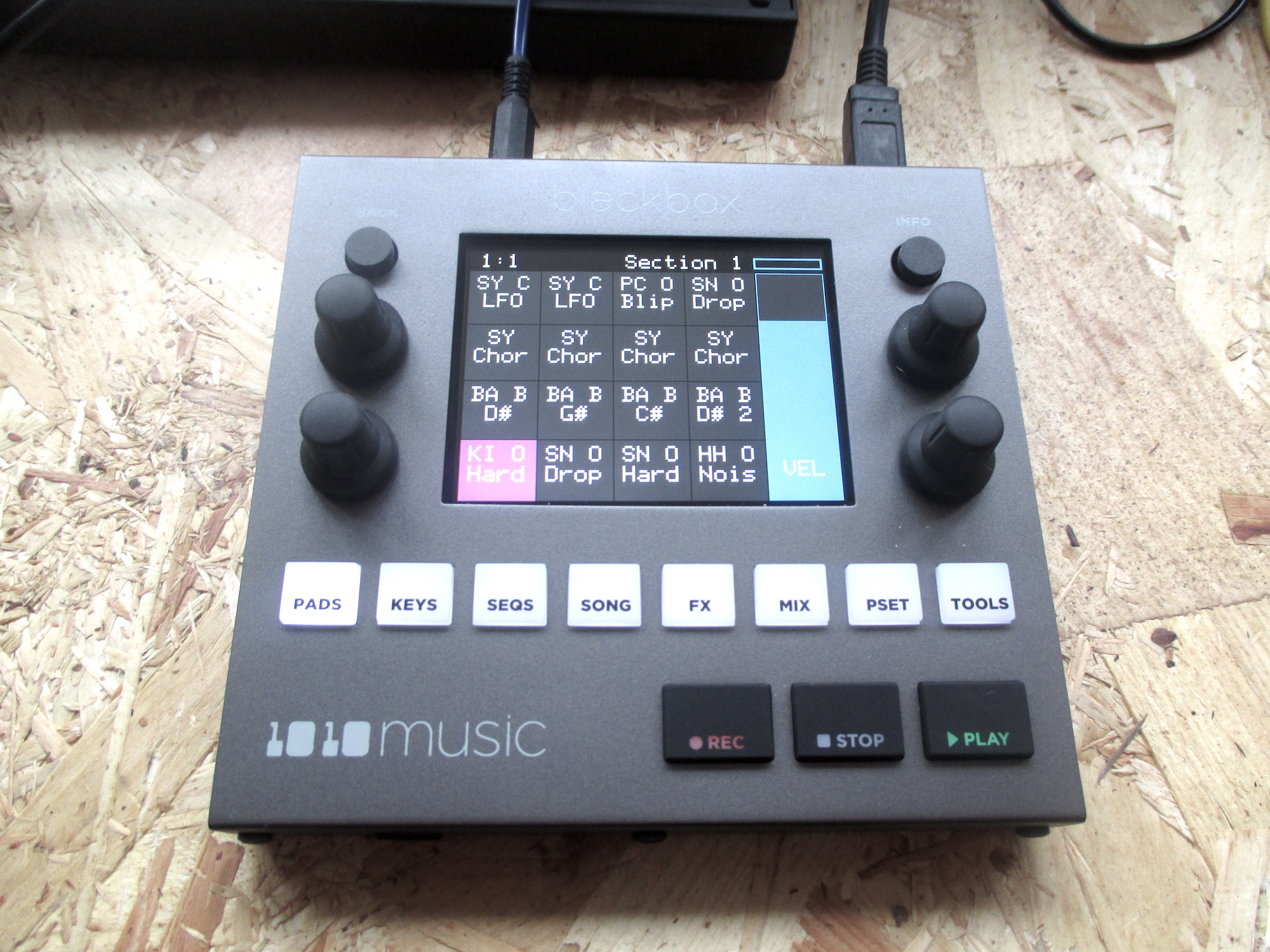 Having fallen out of fashion around the same time as baggy jeans and chunky 90s running shoes, hardware samplers are now firmly back on trend. You can take your pick from a range of approaches, whether in standalone hardware, hybrid controllers like NI Maschine, or even Eurorack modular. 1010 Music’s Blackbox is a standalone version of the brand’s Eurorack module of the same name, and the concept is largely the same in basic terms: a straightforward, intuitive sampler, albeit this time concentrating more heavily on sequencing and arrangement than just processing and playing back sounds.

The Blackbox is a fascinating counterpoint to the Polyend Tracker we recently reviewed. Both are standalone devices with a focus on sequencing and building tracks from samples, but their approaches are quite different. Where the Tracker combines a grid of performance pads with some of the conventions of 80s music software packages, the Blackbox is a more compact device, built around a colour touchscreen and a streamlined, almost retro approach: 16 virtual ‘pads’, each with its own sample, and a real-time performance sequencer with 16 sequence slots that can be arranged into a song. 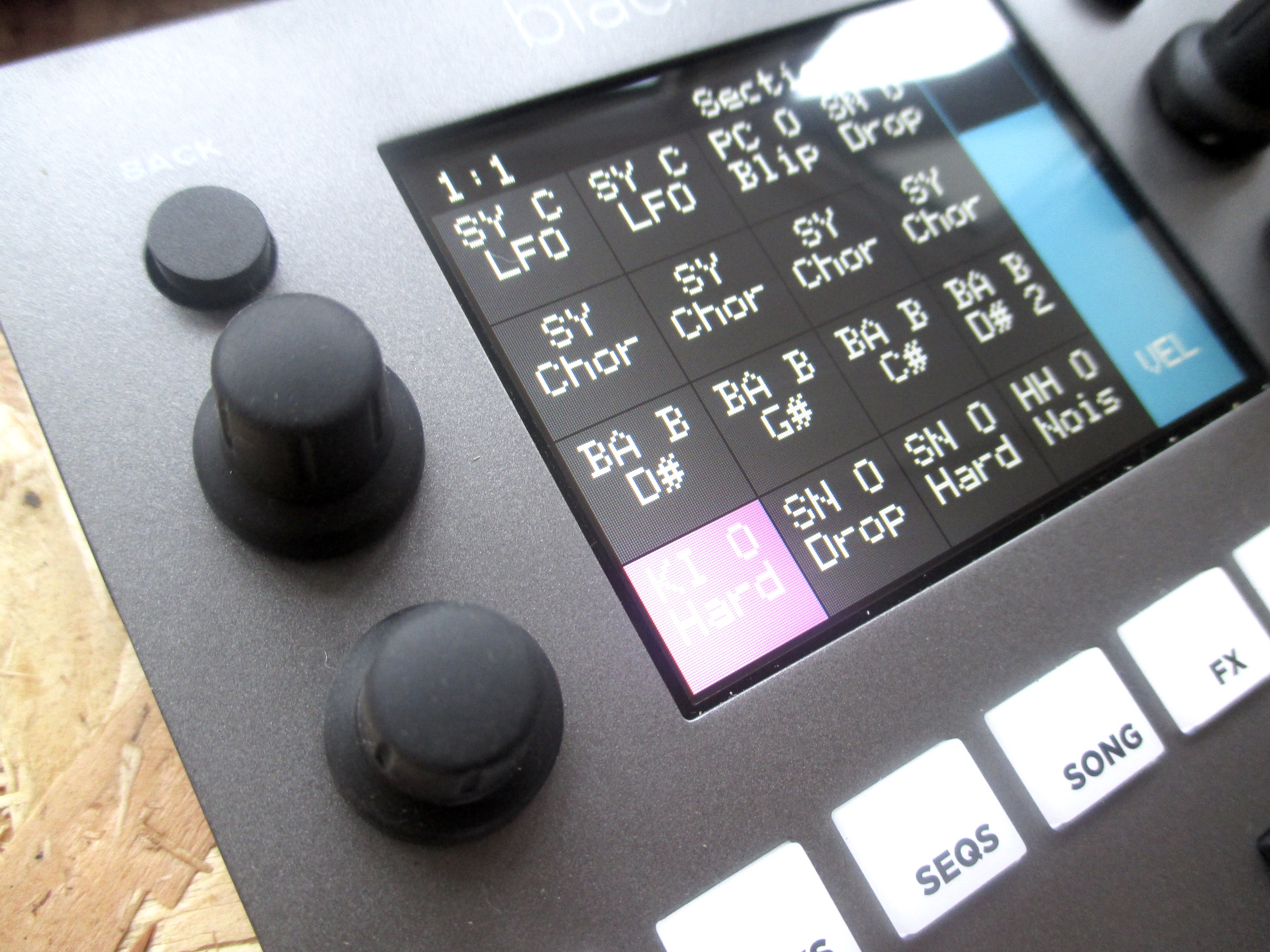 The Blackbox is a properly portable instrument, little bigger than the palm of your hand and weighing hardly anything at all. It’s powered via USB, meaning that you can run it from any power bank, hooking up a pair of headphones to make music on the move. Samples can be recorded directly into the unit or loaded from SD card, and there’s lots of high-quality factory sample content on the SD card to get you started. In fact, getting started with the Blackbox proves to be an incredibly intuitive process; I usually make an effort to flick through instructions first in order to get to grips with a new instrument, but I have to confess I found myself building grooves and playing about with the Blackbox for at least an hour before the thought of R(ing)TFM even crossed my mind. 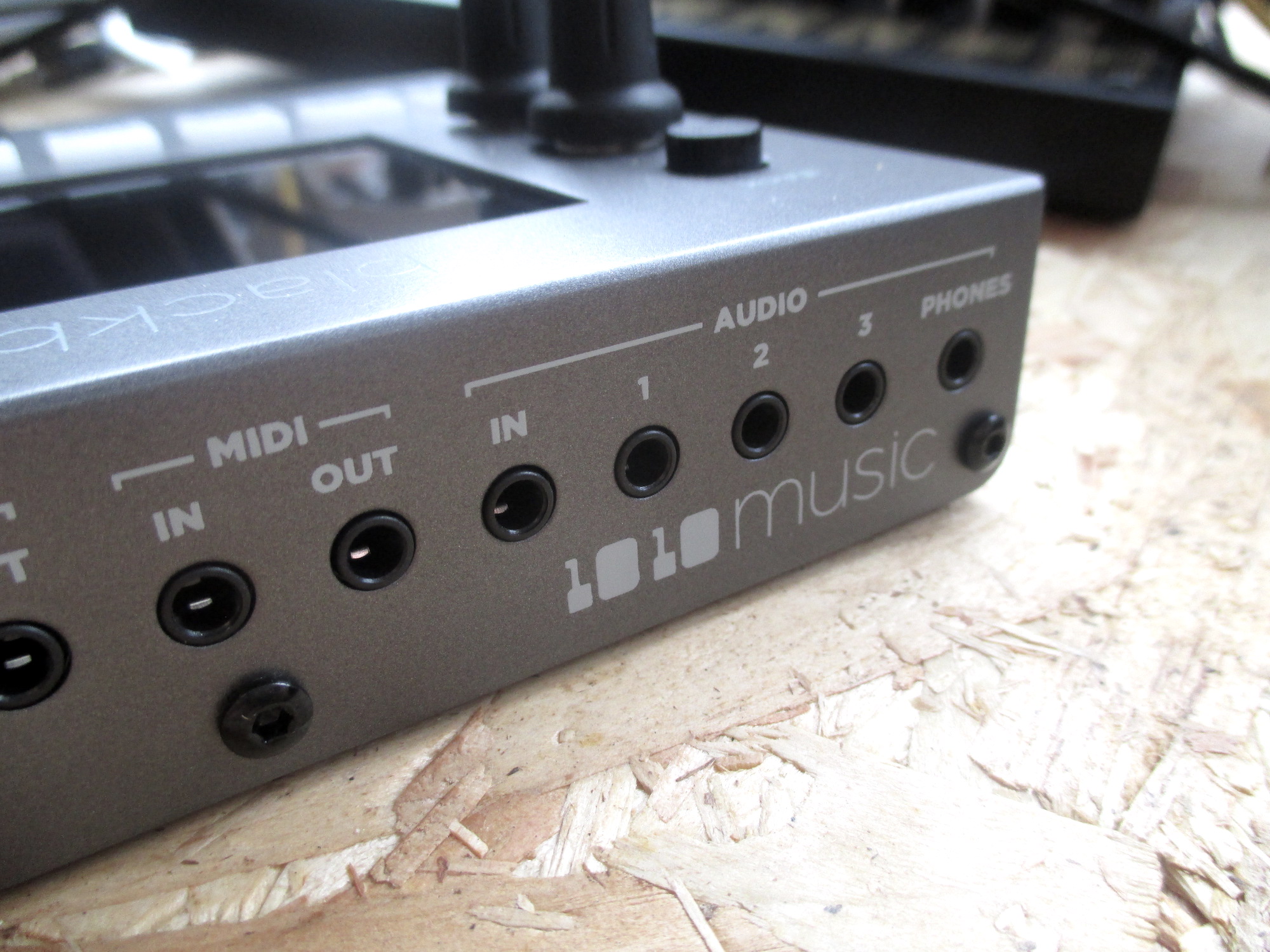 The Blackbox’s LCD touchscreen is a small control surface compared to the area of real estate you’d have to hit pads on, say, an MPC or an Ableton Push, but it proves to be a decent control surface considering the size of the unit. You can hit the pads, play a virtual keyboard, record via a MIDI input or edit on the screen using a piano roll-style interface. For real-time performance, it’s worth pointing out that the screen is multi-touch, so you can trigger multiple sounds simultaneously. What is a little surprising is that there’s absolutely no CV support on the standalone model, just analogue clock or MIDI via the supplied adapter cables, but it probably hints at 1010’s intentions for how the standalone version should be used: all in one or with a MIDI controller, not necessarily hooked up to a modular system. 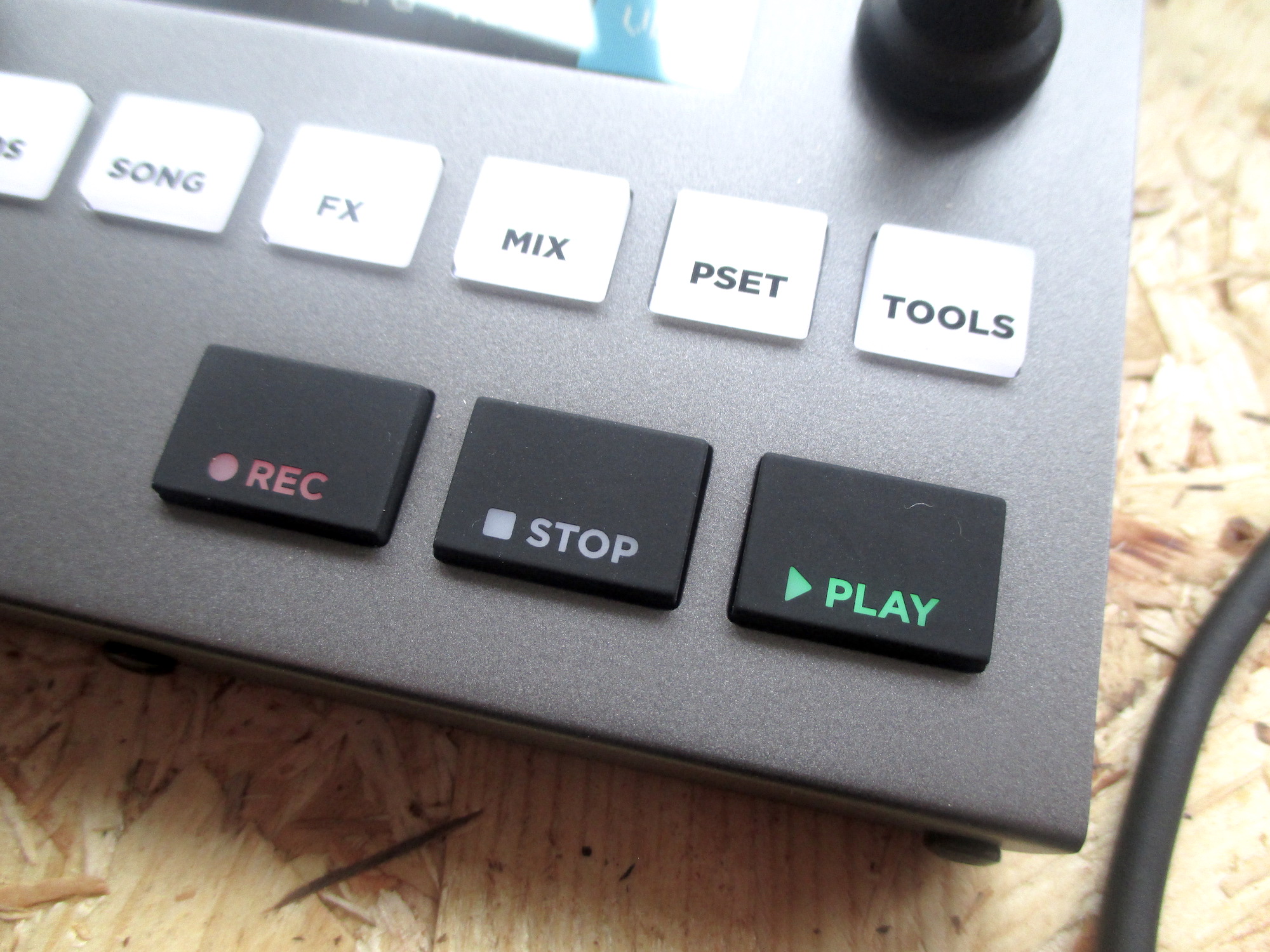 As with any sampler-workstation, there are limitations to the Blackbox concept, but they’re the kind of limitations which encourage a certain type of creative approach rather than frustrating you. Restricting yourself to 16 sample pads and 16 sequences per song means that you’ve got to keep things fairly simple, but that has the knock-on effect of pushing you to make music in particular styles. It lends itself well to anything that you might imagine being made on an E-mu SP-1200 or an early MPC: boom-bap hip-hop, Kenny Dope-style house, sample-based jungle and the like. A clever bit of sample slicing effectively allows you to use more than 16 samples per track, spread across the 16 pads, but frankly if that’s the approach you want to take on a regular basis then something like the aforementioned Polyend Tracker may well be a better option.

The biggest question is probably whether the standalone Blackbox or the Eurorack module is the best choice for you. In practice, they’re surprisingly different things. For obvious reasons, the standalone version wins hands down in terms of portability and single-minded, studio-in-a-single-box focus, but the Eurorack module has the edge in terms of interacting with other instruments and modules, opening up further options when it comes to processing and triggering sounds. Is it a cop-out to say we’d take both for different reasons? Probably, but the idea is still appealing: a standalone version to sketch ideas on the bus, then take them back to the studio and build on them with the Eurorack module. Perfect. 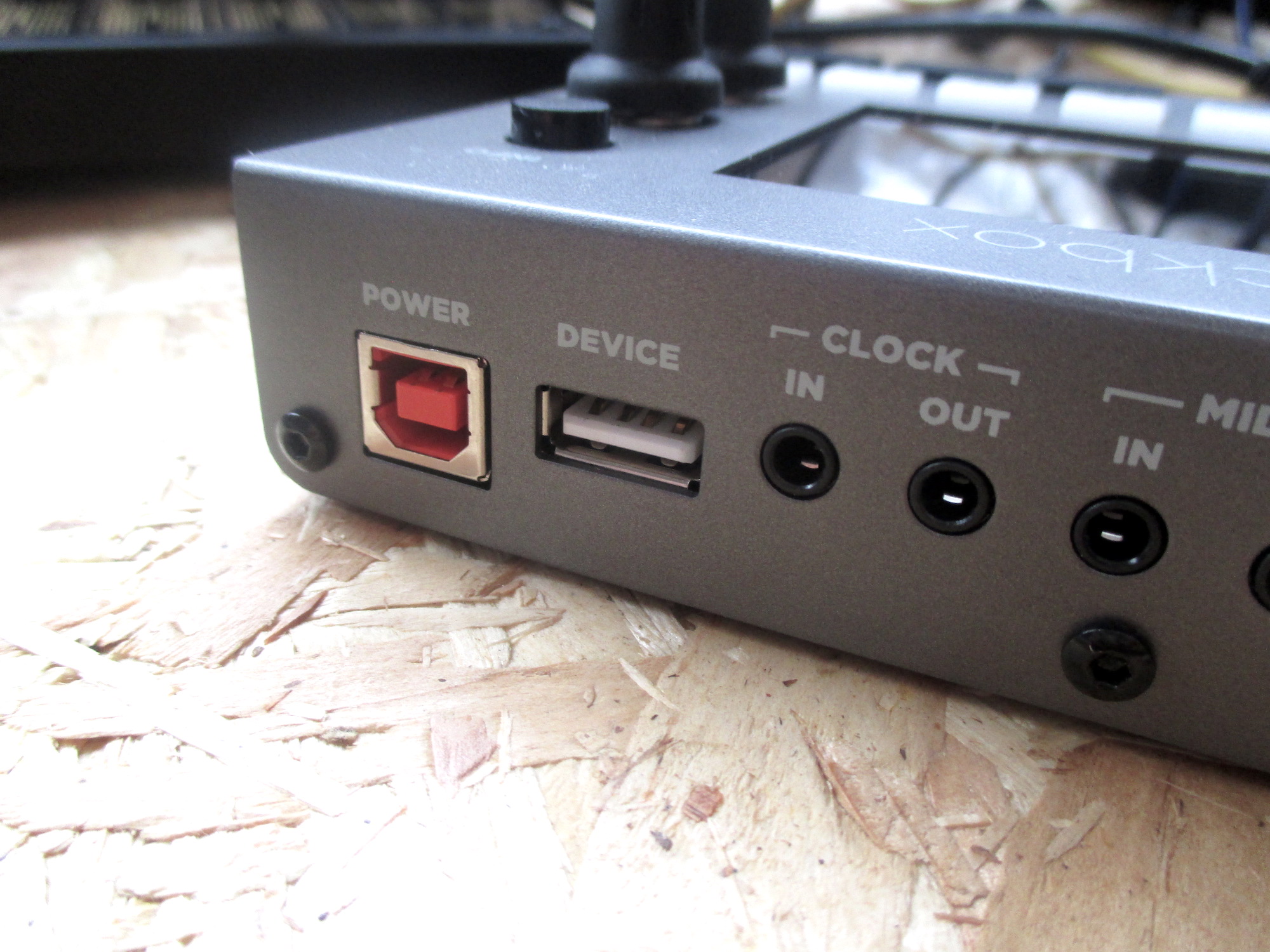 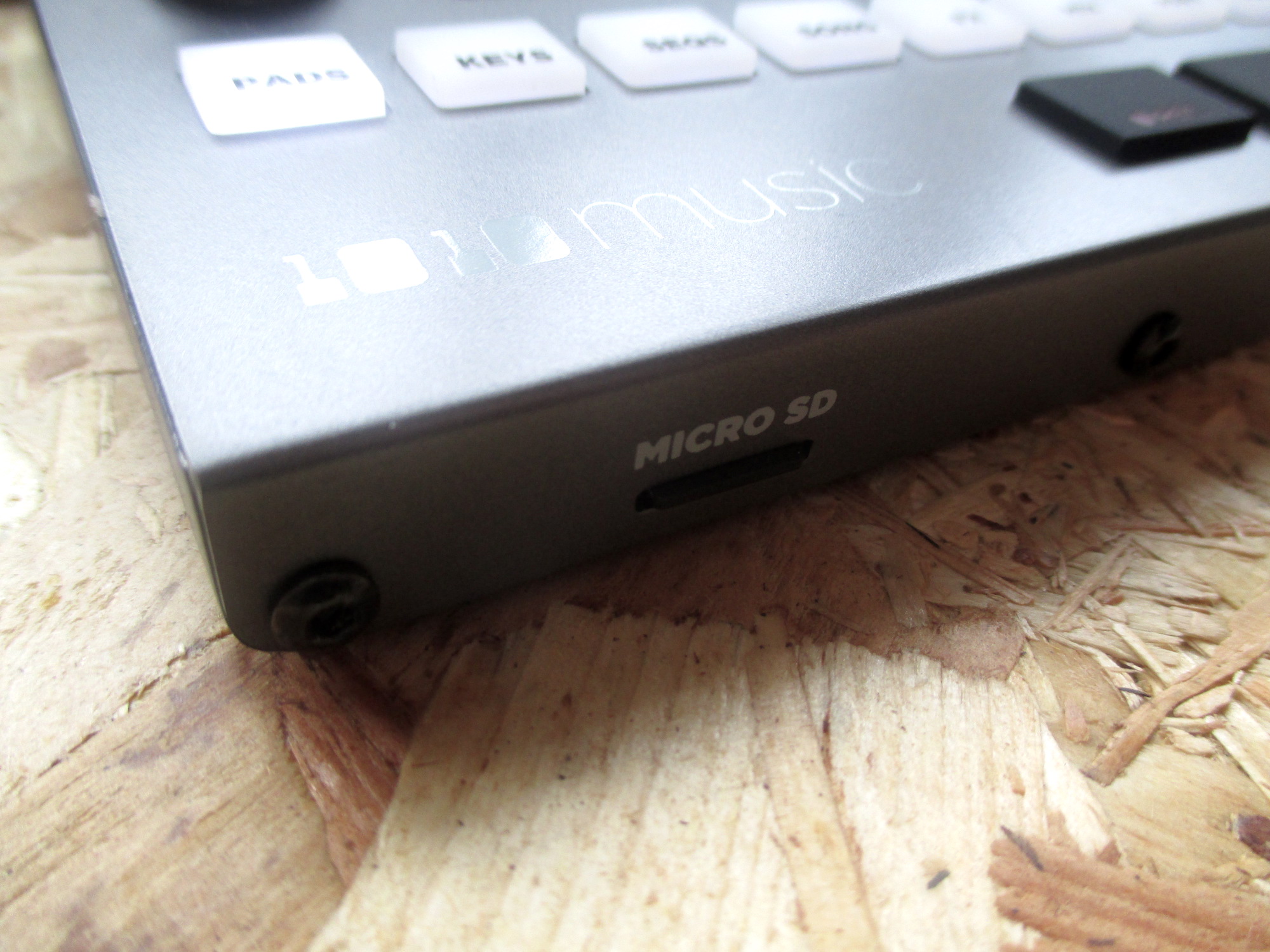