Make Noise reinvent the step sequencer with their unique, touchpad-heavy 0-Ctrl. Greg Scarth finds out how it blurs the line between sequencing and performance. 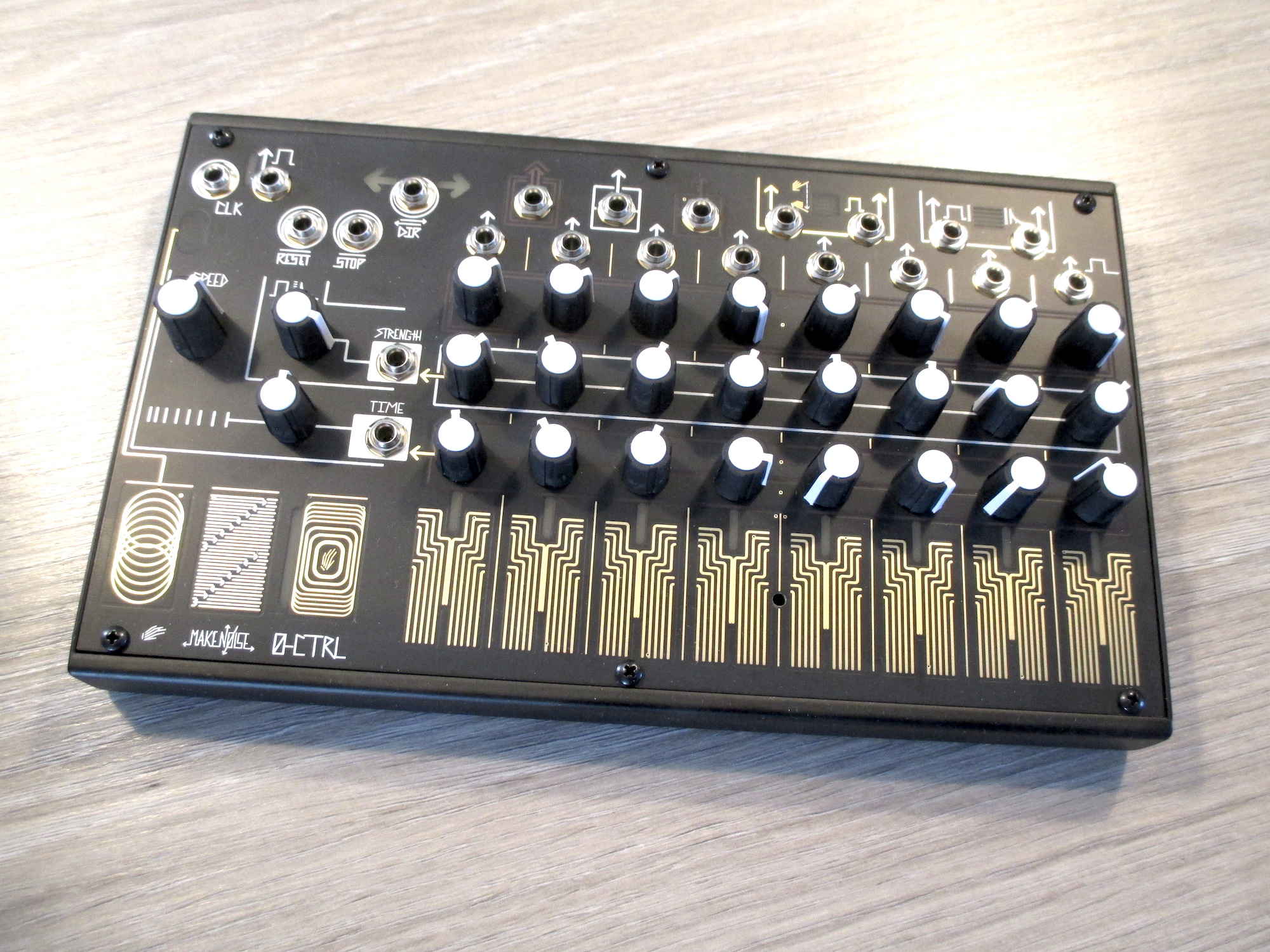 Just a few years ago, hardware sequencers were virtually extinct. You can sequence in your DAW, went the obvious argument, so why would you need an old-fashioned physical box anymore? Of course, things weren’t quite that simple. Heavily driven by the rise of Eurorack, the hardware sequencer has seen a resurgence in recent years, with a number of brands taking on the challenge of creating new takes on hardware sequencing, from budget offerings like the Korg SQ-1 to more complex products like the Pioneer Toraiz Squid.

The latest sequencer on the market comes in the form of Make Noise’s 0-Ctrl (pronounced ‘no control’, ‘zero control’ or ‘oh control’ depending on your preference). It’s a fully analogue eight-step CV/gate sequencer at heart, but, as we’ve come to expect from the North Carolina brand, it’s a uniquely creative little box once you start to explore its more advanced features.

In terms of basic operation, the 0-Ctrl is pretty straightforward: feed it a clock signal or dial in a tempo on the internal clock, then start tweaking the top row of knobs to adjust the pitch of each step. CV and gate outputs can be fed into your synth or module of choice (it’s analogue only, no MIDI). As hinted by the naming, the 0-Ctrl is at least partially intended as a companion unit to the excellent 0-Coast synth, but it’s compatible with any CV/gate-equipped synth and particularly effective when paired with patchable/semi-modular synths or, of course, Eurorack. 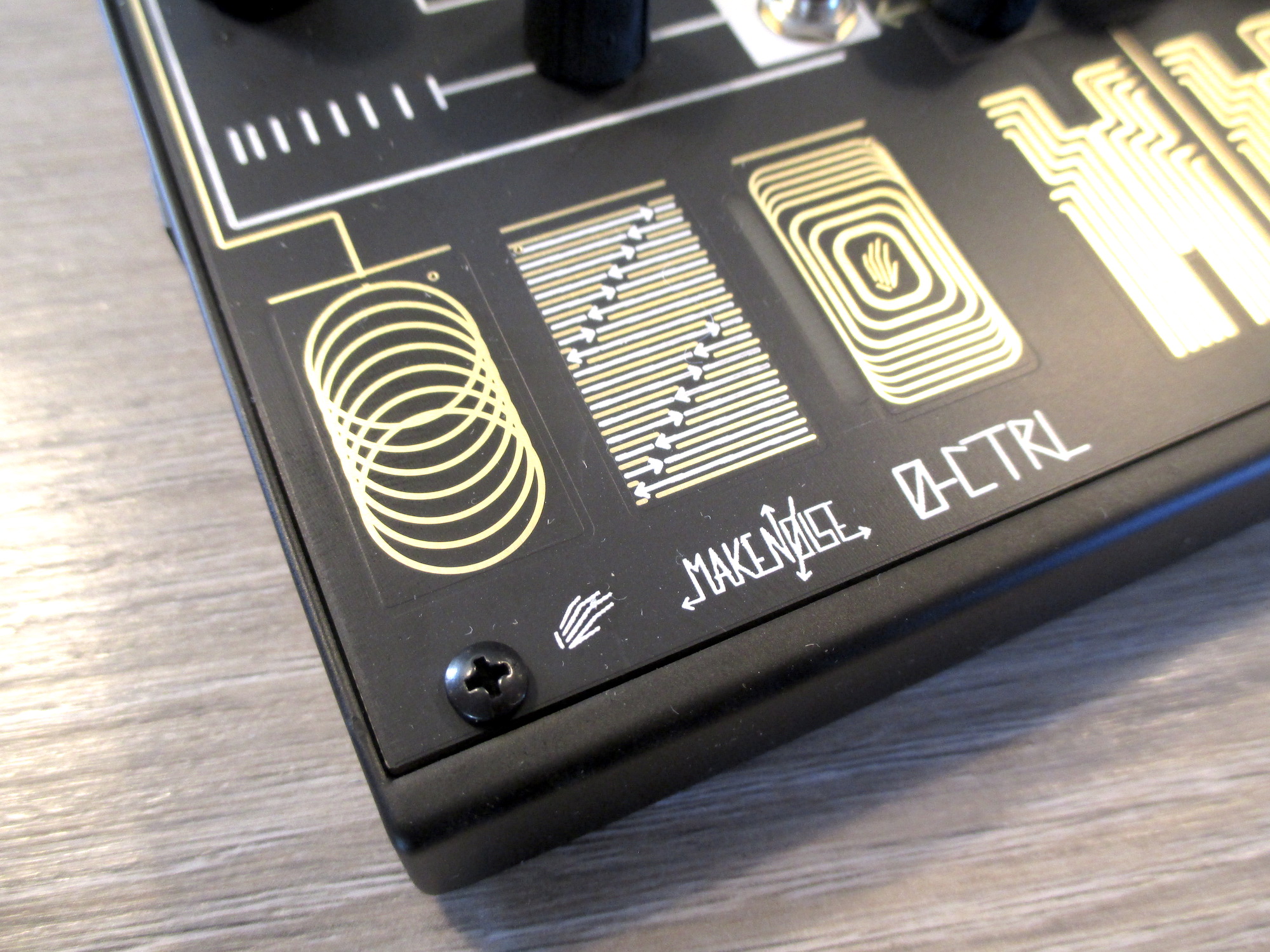 Moving beyond the basics is where things start to get interesting. In addition to pitch sequencing, the 0-Ctrl allows you to control two other rows: strength and time. As such, you have greater control over dynamics and rhythm than you’d get from most step sequencers, with the strength control adjusting the outputs of the dynamic gate and built-in envelope generator, and the time settings allowing you to modulate the clock speed per step, altering note timing and generating rhythms which break free of the rigidity you expect from most step sequencers. Both of those rows also generate a CV output of their own, allowing you to use them as supplementary CV channels in order to to program modulation on top of the pitch CV (there are attenuators on both rows to control the depth of the modulation on the internal circuits, so you can use, say, the time CV output without affecting the timing of the sequence). 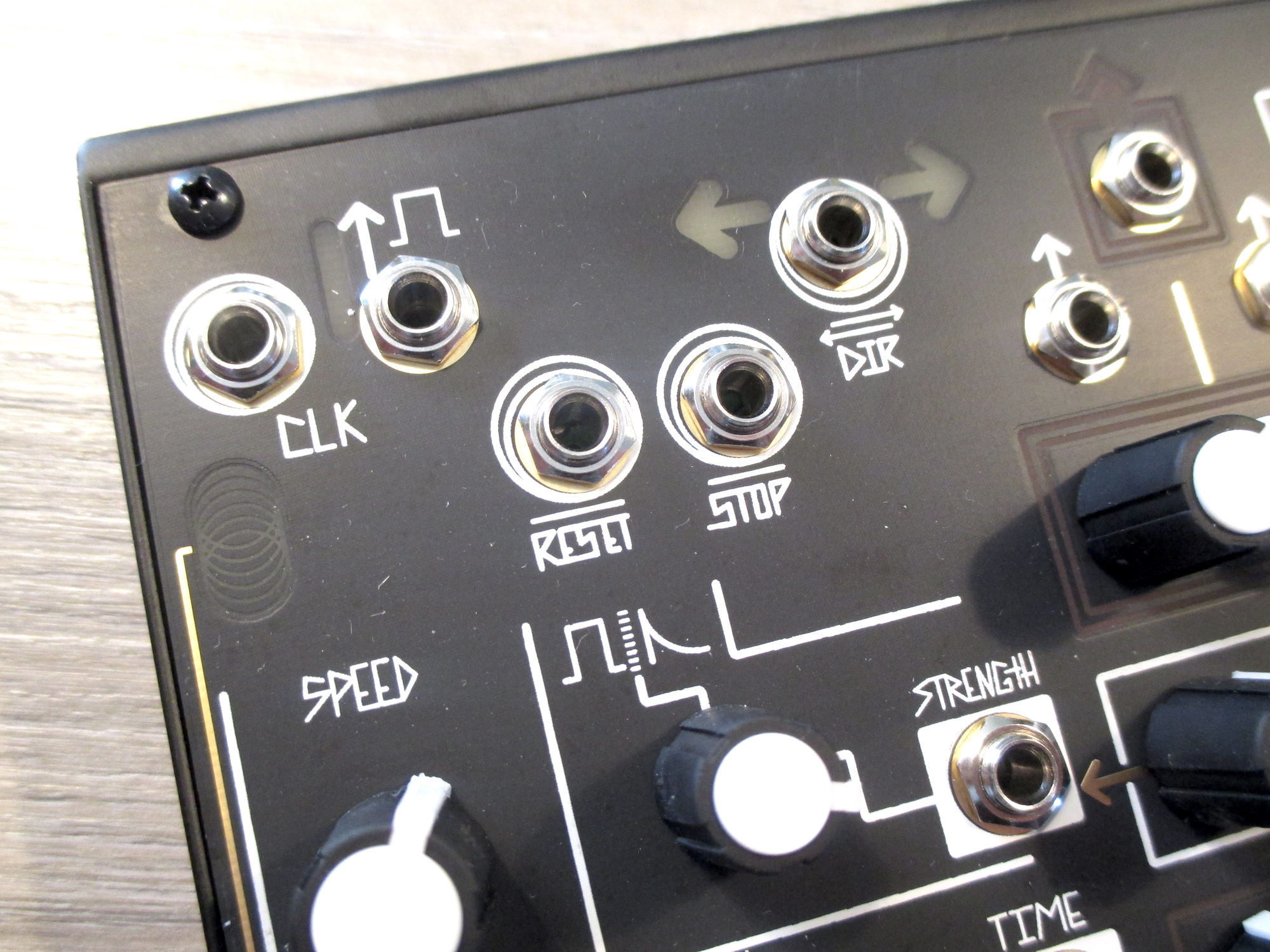 The 0-Coast’s unique selling point is the way its sequencer interacts with real-time control. At the bottom of the unit you’ll find eight touchplates, which correspond to the eight steps above. These can be used to select steps manually, start sequences or to perform with the unit as a form of keyboard. Tapping the Interrupt touchplate over on the left-hand side of the unit allows the step touchplates to disrupt the sequence in real time. This becomes a way to reprogram and perform sequences on the fly. Alternatively, with the sequencer stopped, you can play it like a keyboard, triggering the programmed settings for each step. This unique approach plants the unit somewhere completely different to most sequencers, with obvious similarities to vintage synth programmers like the Serge TKB touch-activated keyboard sequencer or the Buchla 216 touch-controlled voltage source. There’s also a clear connection to Make Noise’s own Pressure Points module, and the 0-Ctrl may well prove to be the biggest rival to that module, opening up creative ways to play and perform sequences. 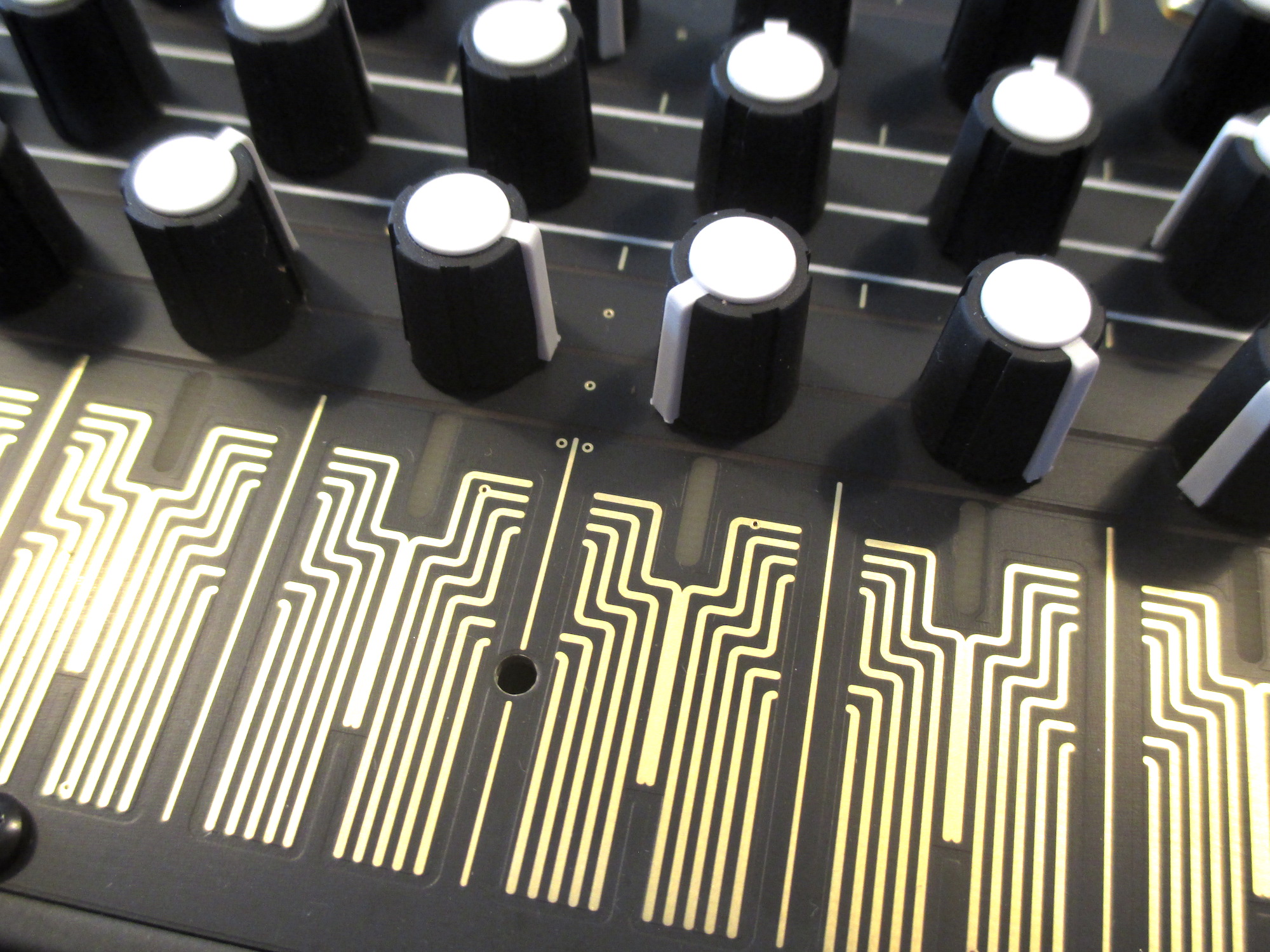 The 0-Ctrl is more versatile than it first looks thanks to its array of patch points. You may assume that these are intended mainly as a way to interface the sequencer with other equipment, but a large part of the point is to patch the unit back on itself in order to modify its behaviour. Each step has its own gate output, and the obvious starting point is to use these to trigger the reset, stop and direction controls via their own patch points. Patch the final step’s gate output to the stop input, for instance, and you allow the unit to operate as a one-shot sequencer, playing the sequence from the start point to the end and then stopping completely until you trigger it again. There are no sequencer modes as you might find on other units, but you can set up all the typical modes like ping-pong, reverse and shorter step lengths by patching, which proves a more creative approach than simply flicking a switch. 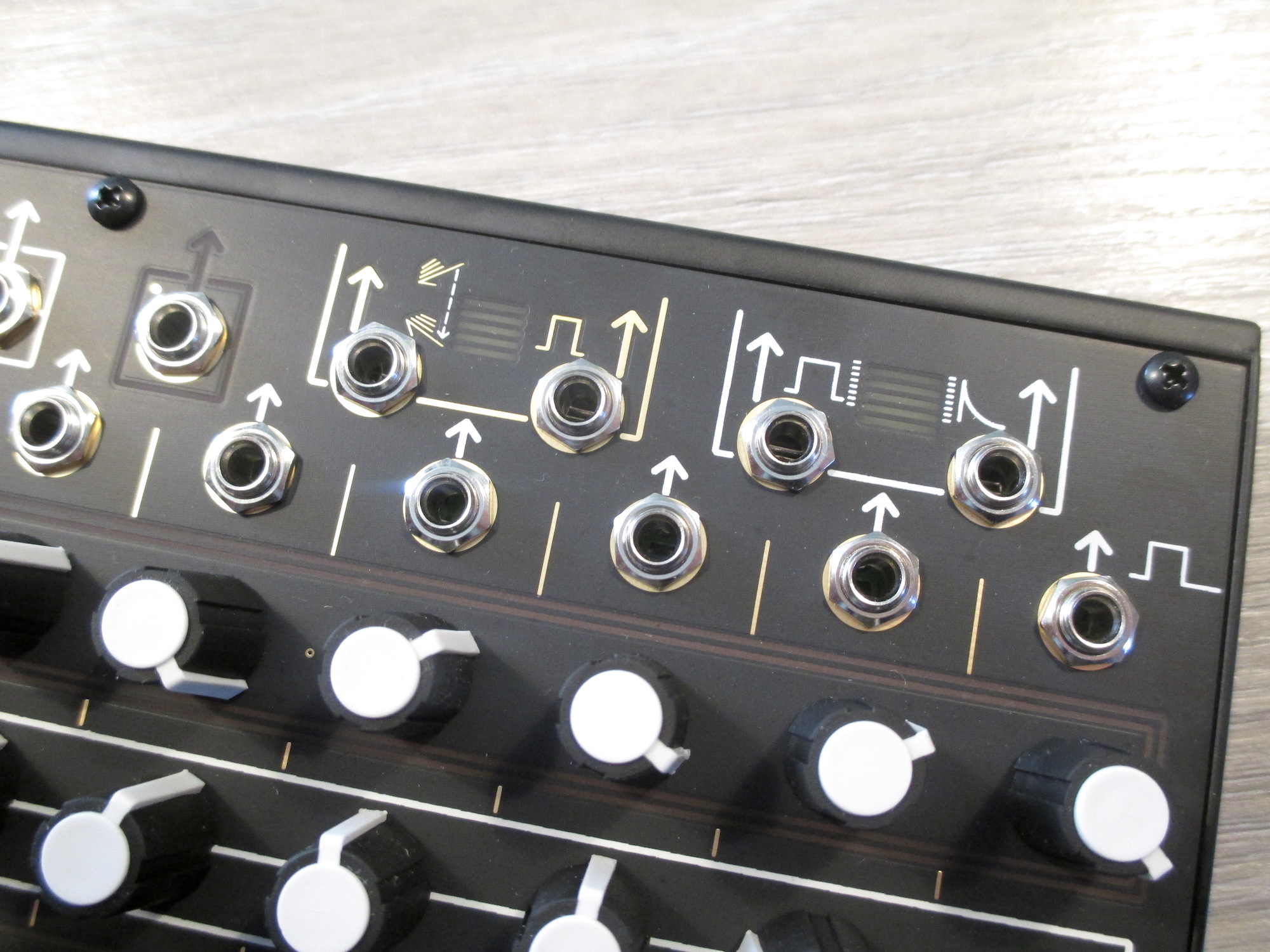 The 0-Ctrl proves that there’s plenty of life in the hardware sequencer yet. It’s not only an ideal companion for the 0-Coast but an inspiring little box to control any CV synth. What’s particularly impressive is that, even more so than most other hardware sequencers on the market, the 0-Ctrl inspires new creative approaches and an experimental attitude that leads you down interesting routes. It’s a sequencer that encourages an interesting hybrid approach to playing and programming, with hands-on control and real-time performance potential. Perhaps the final word should go to William S Burroughs, quoted in the manual: “All control systems try to make control as tight as possible, but at the same time, if they succeeded completely there would be nothing left to control.” Quite.