This month’s new Eurorack module releases include a pair of brilliant filter modules from ADDAC System and WMD, an updated Pip Slope from ALM, classy reverb from Noise Engineering and the return of Doepfer’s A-111-5 synth voice. 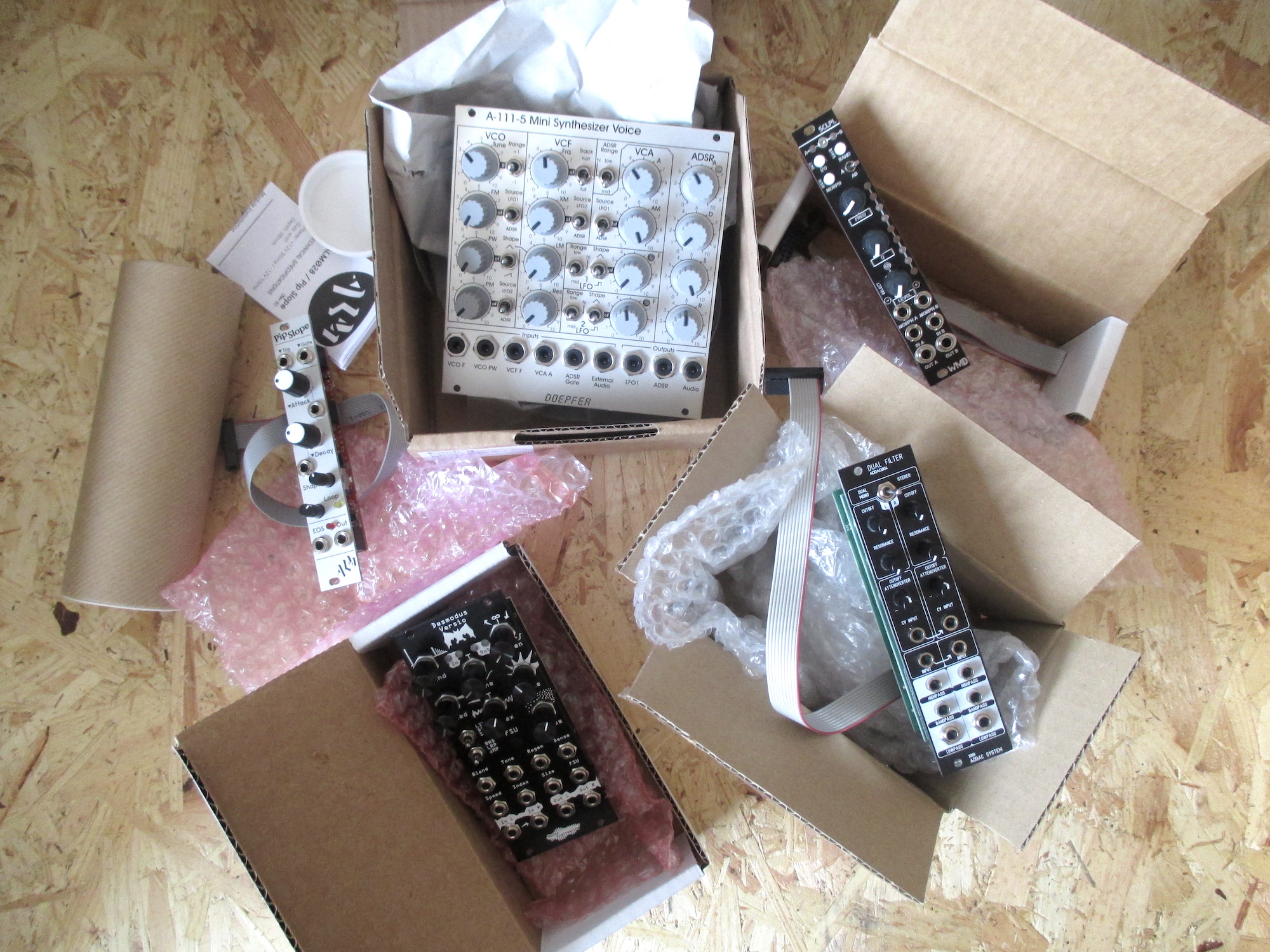 We’ve mentioned before that Denver, Colorado’s WM Devices have rapidly become one of our favourite Eurorack brands. This month, WMD offer up the SCLPL (pronounced ‘scalpel’), an interesting five-band stereo digital EQ that’s just 4hp wide but provides way more than its diminutive size might suggest. It’s a mix tool first and foremost, with obvious applications for shaping and sculpting the output of a synth patch or sub-mix, but what interests us more is the way it can be used as a creative tool when you explore its morphing function. By storing presets for each of the channels (either in stereo or dual mono), you can morph gradually from one setting to the next via CV, effectively turning it into a unique five-band filter (or, if you really want to get carried away, you could even feed the output of channel A into the channel B input and make it a ten-band filter). There’s a little bit of button-pushing involved to set things up, as you might expect, but once you’ve got a few presets in place it’s surprisingly interesting what you can do with it.

By contrast, ADDAC System’s ADDAC604 is a bit more straightforward but certainly no less useful. It’s a dual filter module derived from the multi-mode filter circuit in the brand’s ADDAC105 4 Voice Cluster. It’s a mono circuit in the 105, but here it’s reconfigured into a dual mono or linked stereo format, with individual high-pass, band-pass and low-pass outputs for each channel, plus CV inputs with a pair of attenuverters to control cutoff frequency. It’s classy, versatile stuff that’s really easy to use. Aside from the obvious uses for filtering stereo signals or two completely separate audio sources, what proves particularly interesting is to process the same signal with both channels, but employ different cutoff and resonance settings. The audio and CV inputs are internally normalled, so you can do some interesting things to create moving notch filters and subtle resonant sweeps by modulating the cutoff frequencies and mixing the outputs. Good value and creatively useful on mono or stereo signals.

The second-generation version of ALM’s much-loved Pip Slope cements the module’s position as one of our favourite envelope generators. Updated with mildly tweaked hardware spec and improved firmware, the Pip Slope mk2 now offers an end-of-cycle trigger output and a shape control, which morphs the curve from logarithmic to linear to exponential. Like the original, it can still self-loop, it has CV control of both attack and decay times, and it can do everything from ultra-snappy envelopes (down to about 1ms per stage), all the way up to slow-mo modulation sources (a maximum of around seven minutes per stage).

As with most ALM modules, it’s simple at first glance but reveals hidden depths once you get to know it. As an envelope generator it’s cheap, it’s effective and it gets the job done with minimal fuss, but it’s really a lot more than that: it’s a function generator and versatile modulation source in its own right. A no-brainer at the price.

Back in production after a brief hiatus, Doepfer’s A-111-5 synth voice module is also excellent value. Essentially a Eurorack-format take on the brand’s enduringly popular Dark Energy synth module, it offers a VCO, VCF, VCA, two LFOs and an envelope generator in a relatively compact format. While you might not necessarily get quite as much in the way of patching options as you would with separate modules, £263 gets you a very decent amount to play with. It’s strongest in terms of being controlled by other modules, with an array of CV inputs to help you control parameters. All in all, it’d make an excellent choice as part of a starter system, allowing you to create basic patches quickly within the one module and then learn how to modulate and tweak them from other sources.

Finally this month, Noise Engineering Desmodus Versio is a new stereo digital reverb module with an emphasis on weird and wonderful ambiences rather than ‘realistic’ reverb sounds. You’ve got a huge amount of hands-on control here, with Blend, Tone, Regen, Speed, Index, Size and Dense controls plus CV inputs for all of them. There’s also a somewhat cryptically named FSU button and gate input, which momentarily max out the Regen control and mute the input. With so much range to the sounds you can create, it’s really pleasing that Noise offer some example patches to help guide you through the options, from subtle shimmers and lush atmospheres to wildly out-of-control madness.

Although it can handle true stereo signals, the Desmodus Versio is also a particularly effective way of adding stereo width to mono input signals. Noise plan for the module to grow into a fully open-source, customisable DSP platform down the line and, while that’s not necessarily a key selling point at the moment unless you’re a fairly hardcore programmer, it could become a very interesting aspect of the module if it’s adopted widely enough. As things stand, it’s a hugely impressive reverb, delay and atmospheric effect. And yes, we can confirm that the FSU button in particular really does fuck shit up.