The latest version of Buchla’s legendary Music Easel serves as a reminder of why this fascinating instrument has captured the imaginations of artists for nearly half a century. Greg Scarth finds out what makes it so special. 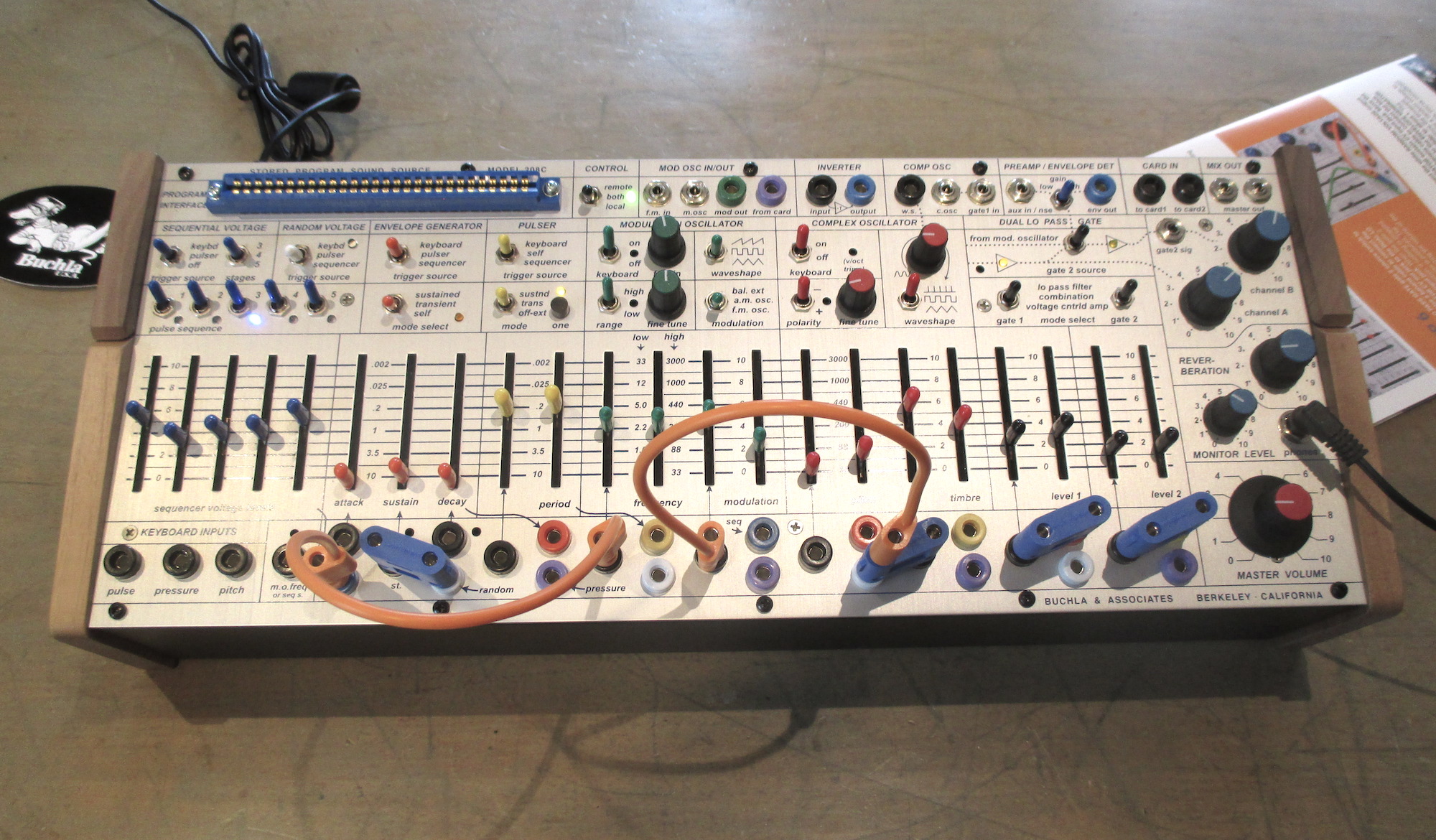 Some words get so overused that they lose all meaning. You could apply a number of such terms to Don Buchla – he was a pioneer, a legend and a true innovator – but all you really need to know is that he was one of the men responsible for inventing the synthesiser, a west coast counterpart to what Bob Moog was doing over in the east. 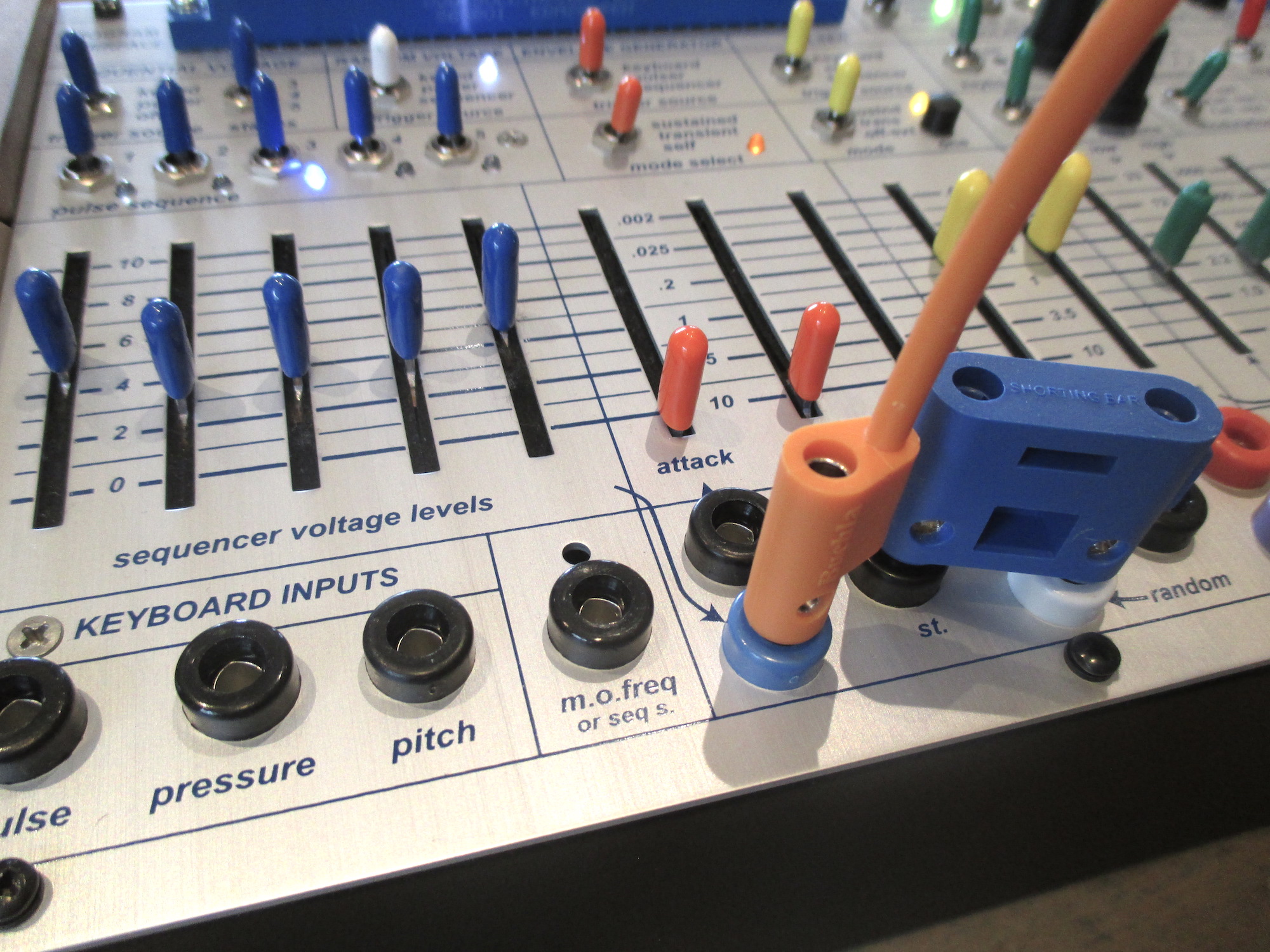 The Buchla brand is one of the oldest names in the synth market, having been founded in 1962 and existed in some form for much of the intervening period. Buchla sold his business in 2012 and passed away in 2016, but since 2018 the rights to the name have been owned by a new company, Buchla USA, whose staff include former Buchla employees. The Easel Command is the latest incarnation of the 208 module, which in turn was an updated version of the 1972 Music Easel, a truly legendary analogue synth that defined what Buchla was all about: a uniquely creative and ergonomically designed instrument in a compact, self-contained format which belied its richly expressive sound.

The front panel of the Easel Command is 90% the same as an original Easel, but there are a few concessions to modernisation, such as the inclusion of MIDI connectivity. To get your head around using the instrument, first you’ll need to get to grips with Buchla’s ethos and the way that’s reflected in the circuitry; making music with the Easel requires a specific mentality. Longtime Buchla enthusiast Anthony Child has suggested that the brand attracts “odd people”, a fondly tongue-in-cheek description of Buchla artists such as avantgarde synth pioneers Morton Subotnick and Suzanne Ciani, or contemporary composer Kaitlyn Aurelia Smith. 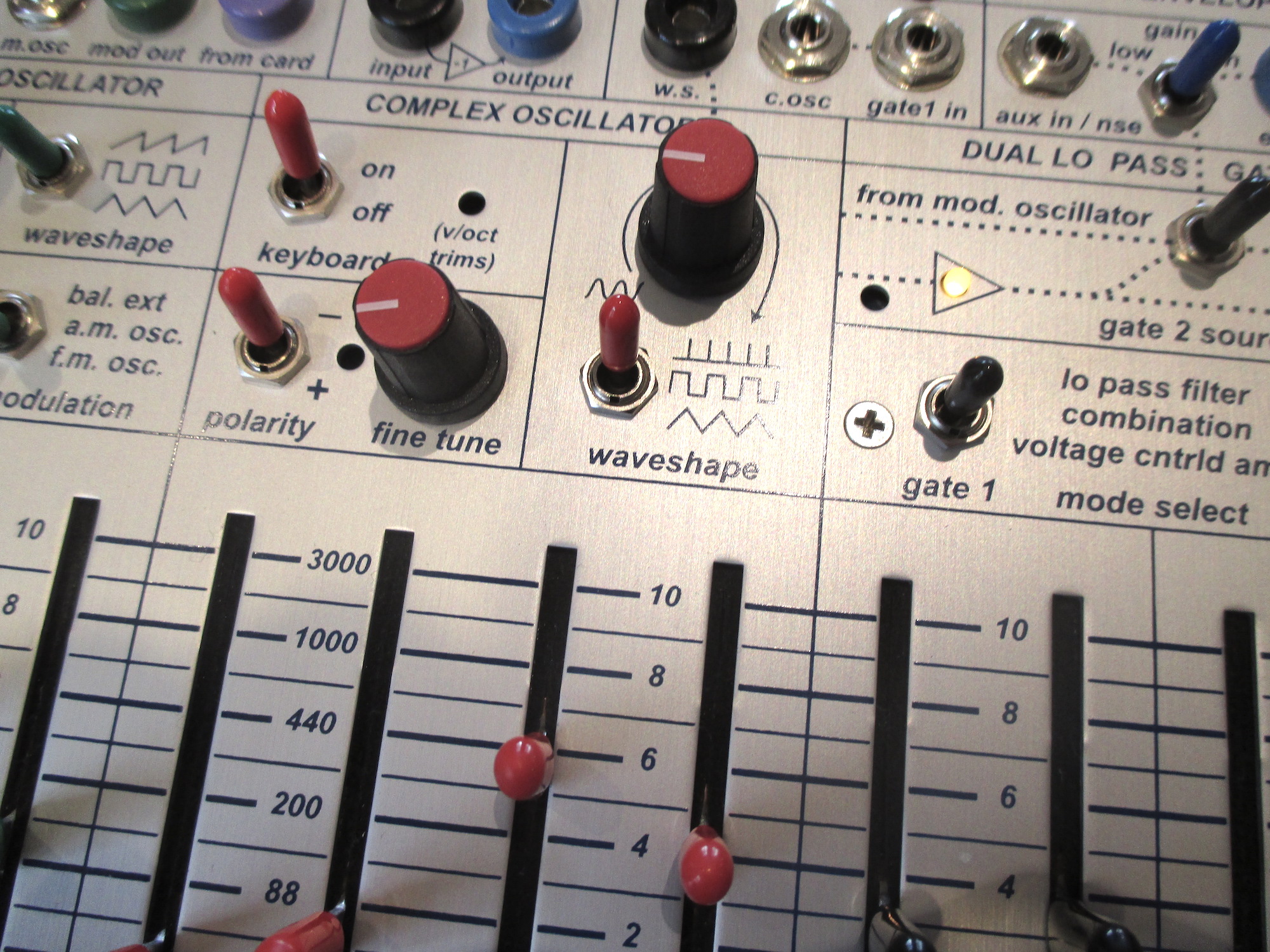 Above all else, you’ve got to be able to set aside your preconceptions about how you might create a sound with other synths, because very little about the Buchla approach is ‘conventional’. There are a few things which are used as obvious shorthand ways to describe the Buchla approach; mainly a focus on an additive approach, using complex harmonic oscillators and waveshapers to build harmonics as opposed to the Moog-style approach of subtracting harmonics from sawtooth and pulse waves.

Beyond the overall approach, there are all sorts of things that will feel unfamiliar if you’re more used to other synths, as, frankly, almost all of us are: from the Pulser section (which generates triggers or simple continuous envelopes, kind of like a clock source, envelope generator and/or LFO all in one) to the unique oscillators, the vactrol-based low-pass gates or even something as simple but essential to the Easel sound as the built-in spring reverb.

It is possible to get some basic drones out of the instrument without using any patch cables (and this is actually a pretty good way of starting to understand how the oscillator sections work), but to get started properly, you’ll need to patch some circuits together. The Buchla uses banana cables for CV signals and TiniJack cables for audio, although you’ll soon realise that the emphasis is far more on CV routing than audio, with a fair number of audio routing options handled via dedicated switches rather than patch points. Although it might not be immediately obvious, the colour-coded sockets are intuitive once you figure out how they relate to the different sections of the synth (black sockets are inputs, white sockets are random voltage sources, orange is an envelope generator output, yellow is a Pulser output, and so on). In a parallel universe, this could be the standard approach for modular synthesis, rather than the heavily Moog-inspired 3.5mm cables used in Eurorack. (It’s worth noting that it’s possible with a little effort to patch Buchla synths with Eurorack modules, but there are a few hurdles to overcome in terms of the obvious mismatch of connectors plus hidden voltage differences.)

Child reckons it took him four or five months to start understanding the Easel properly, and while that might give the impression that it’s overly complex or difficult to use, it’s really more of a reflection of its depth. An afternoon’s play will get you to grips with the very basic functionality, creating patches, modulating parameters, triggering sequences from the Sequential Voltage Generator (a very basic step sequencer) and making something musical. Beyond those initial basics, however, there’s incredible subtlety here, and it’s quite a magical process as you gradually begin to untangle the process and discover hidden layers. Buchla synthesis is nowhere near as widely documented online as east coast-style subtractive synthesis, but dig into forums and YouTube and you’ll find a small but dedicated community willing to share thoughts and philosophies along with practical tips. 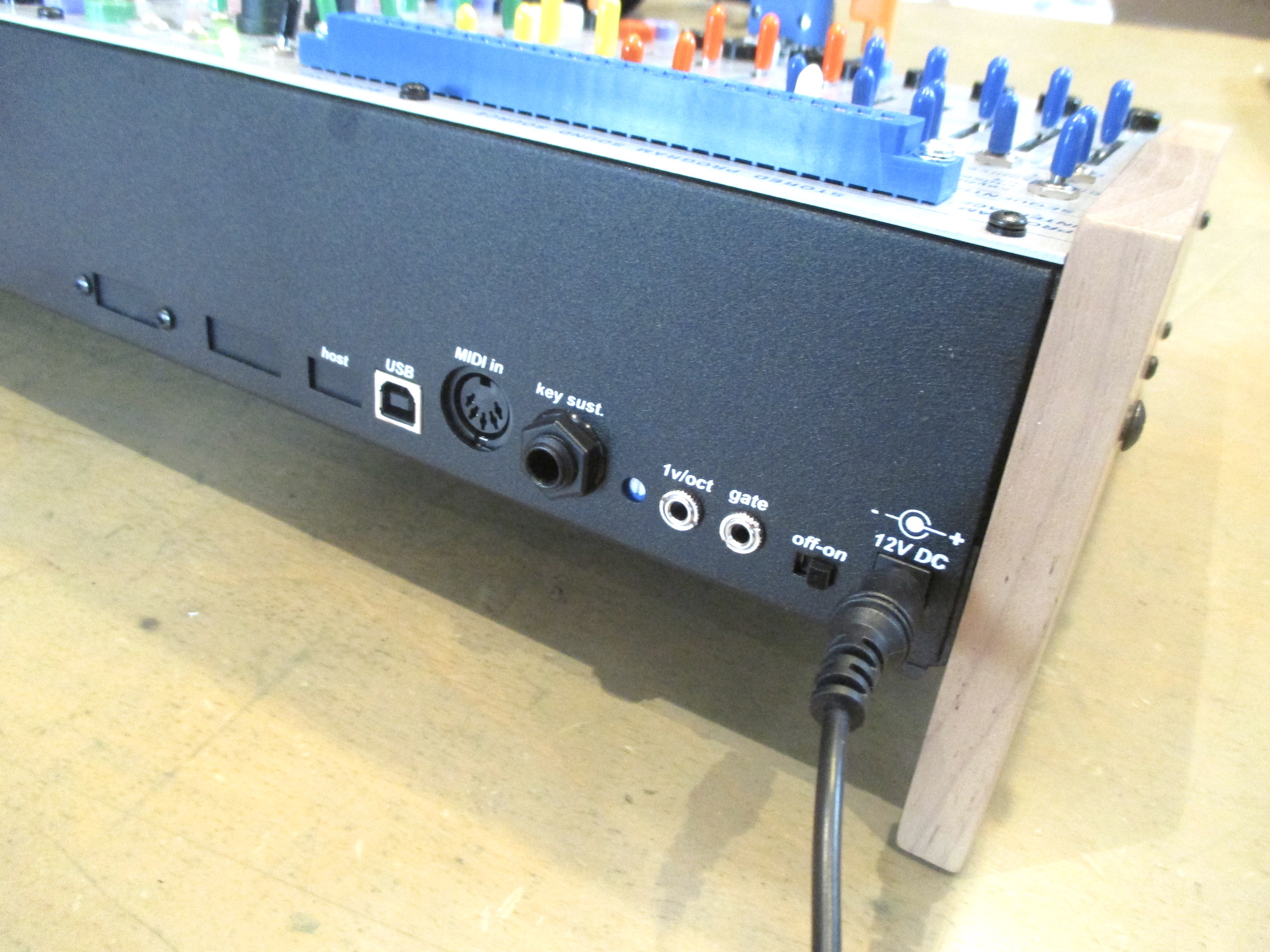 With a bit of time, it becomes clear why the Easel has captivated a certain type of musician since the early 70s. The basic approach is a large part of the story, with the unique sound of the complex oscillator lending the instrument a distinctive tonality. But it’s the subtleties that really define it: the organic, musical feel of the low-pass gates, the ease with which you can introduce randomness and even the feel of the controls themselves, which lend themselves ergonomically to real-time performance and give the Easel the feeling of a cohesive performance instrument in a single box. Sonically it’s capable of everything from raw and surprisingly aggressive through to delicate and ethereal; it lends itself to experimental and unconventional music most obviously, but trigger it via a separate hardware sequencer or even a DAW and you can certainly tame the wilder, less structured aspects of the instrument. 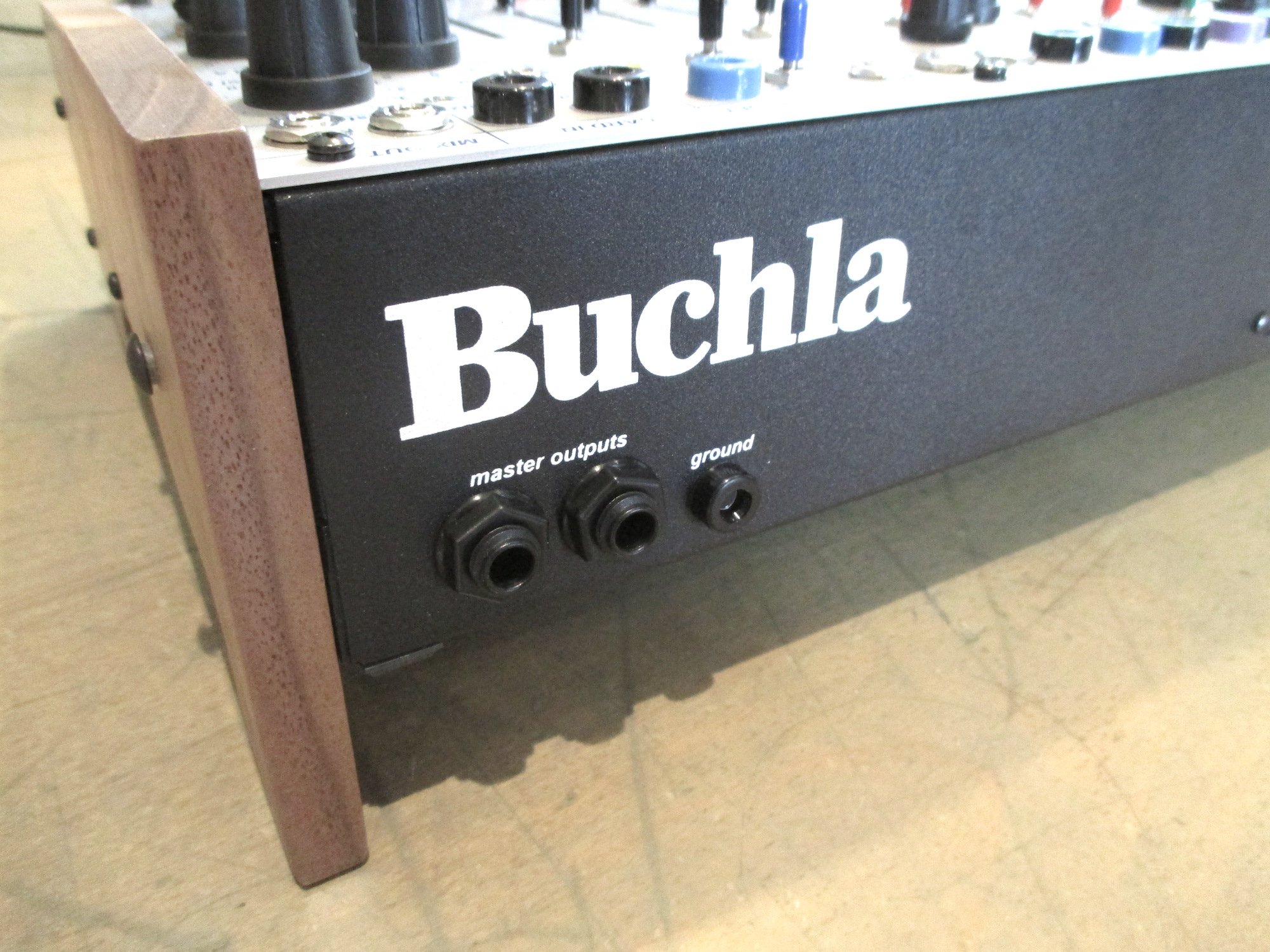 On that note, one of the defining characteristics of Buchla’s work was a fascination with reconsidering the way musicians play synths, rejecting the east coast assumption that a piano-style keyboard was the most logical, expressive way to control electronic instruments. Buchla himself explained it best: “I saw no reason to borrow from a keyboard, which is a device invented to throw hammers at strings and, later on, for operating switches for electronic organs and so on. A keyboard is dictatorial. When you’ve got a black-and-white keyboard there, it’s hard to play anything but keyboard music. And when there’s not a black-and-white keyboard, you get into the knobs and the wires and the interconnections and timbres, you get involved in many other aspects of the music, and it’s a far more experimental way. It’s appealing to fewer people, but it’s more exciting.” Sequencing the Easel internally is the purist approach but is slightly limiting in terms of the patterns and music it allows you to make, favouring drones and abstract patterns. Buchla don’t currently offer a keyboard for the – the 218 touch keyboard is out of production – but recommend the Sensel Morph with Thunder overlay. We also tried the Arturia MicroFreak with its Buchla-esque touch keyboard, and found it did a pretty good job as a poor man’s 218.

The Easel Command is a captivating instrument in a lot of ways. It’s challenging in some respects, particularly if you’re already familiar with east coast synthesis or more conventional forms of Eurorack modular, but it’s hugely rewarding as you start to unravel its hidden depths and Cheap? Not exactly. Iconic? Absolutely.