This distinctive synth takes a unique approach to generating sound. We find out how to tame it. 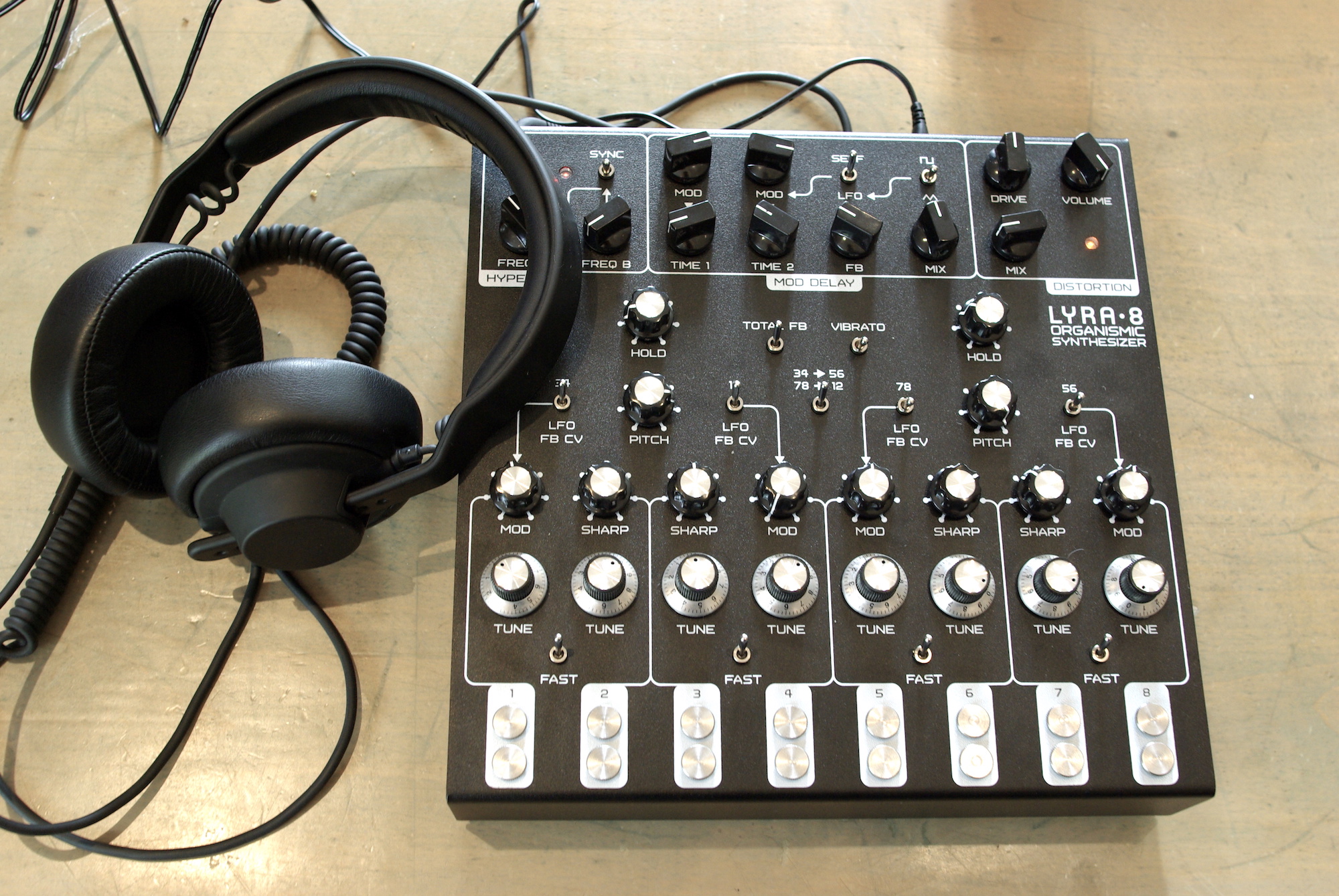 It’s rare that an instrument takes you out of your comfort zone quite as quickly as Soma Laboratory’s Lyra-8. Described as an organismic synthesiser, it’s a proudly experimental design that forces you to adopt a specific mindset to get the most out of it.

Soma designer Vlad Kreimer is dedicated to pursuing original approaches to music making. Scan through the Soma product catalogue and you’re left in no doubt that this isn’t your typical collection of synths and drum machines: there’s the Quantum Ocean, an “experimental electro-shamanistic project” which claims to help you achieve new possibilities of perception through psychic exercises, or the Pipe, a voice/breath-controlled synth/effect unit that looks like something from a 1970s sci-fi movie. By comparison, the Lyra-8 is almost conventional, based around four pairs of tone generators which interact and behave either as separate voices or together as an eight-operator FM synth.

What initially appear to be metal push-buttons under each of the voices are actually electrical contact points, each one triggering the voice above. The voices can be tuned independently, meaning that this isn’t a conventional keyboard in any sense, although you can tune them to any kind of scale you want if you’d prefer to play the Lyra like a traditional instrument.

The best starting point is to set the modulation on each voice to zero so that each of the voices behaves like an organ. This allows you to focus on the basic operation before exploring the modulation options. Touching the contact points to trigger the voices, your finger connects the circuit between the control voltage source (the lower pad) and the sensor (the upper pad). This ultra-low-voltage connection is perfectly safe, but it allows you to trigger an envelope for each of the voices; manipulating the pressure on the pads allows you some degree of control of the envelope.

The sound of the Lyra-8 is quite different to other synth, defined largely by modulation and quickly heading into drone territory. The Sharp knobs on each voice adjust what Soma call ‘sharpness’ but really relates more to the raw waveform of the oscillator, blending from a triangle to a square wave. Things quickly start to get a lot more complex when you introduce the modulation options, with a broad range of routings for FM synthesis: pairs of voices modulating each other, LFOs modulating carriers, or even the entire output of the synth feeding back in to modulate voices. The sound can get incredibly complex and multi-layered, favouring dissonant tones and lending itself nicely to dirtier techno sounds.

The Lyra-8 is heavily based around non-linear operation, to the extent that the voices don’t even track a control voltage signal in linear fashion. Soma avoid describing them as VCOs or oscillators for this reason, hinting at the fact that they’re not really intended to be played in musical scales like a conventional synth. The closest thing to that is to adjust the master Pitch knobs, which transpose the two groups of voices (1-4 and 5-8) simultaneously. It’s also well worth exploring the potential of the CV Voices input on the back of the unit, which allows you to modulate the frequency of voices set with LFO CV as their modulation source; it’s not pitch CV as such, and doesn’t tune to normal scales or track like a regular CV synth, but it allows you to sequence melodies in an interesting way. Repeatability isn’t necessarily a strong point of the Lyra, and it’s hard to play melodies as such using the contact pads, but it really does excel at drones and textures. I even found it possible to coax out some deep and fuzzy dub techno stabs, which worked particularly well when sampled and repitched via the 1010 Music Bitbox.

There are two ways to approach the Lyra-8. It’s undeniably tempting to pigeonhole it as an instrument so unorthodox that you’re not really in control; if you’re most comfortable with subtractive synthesis, as most of us are, it takes a bit of a mental reset to put yourself in ‘Lyra mode’ and think in terms of voices and modulation. But once the structure of the synth and the strengths of its synth engine start to click, it’s a compelling playground for sonic experimentation.

The Lyra-8 is a truly unique instrument. If you’re open-minded enough to embrace its unusual approach, it’s got a character all of its own.