The brand’s flagship kit-build modular synth is a unique instrument that will appeal to anyone who likes to get their hands dirty. Think of it as synth Lego. 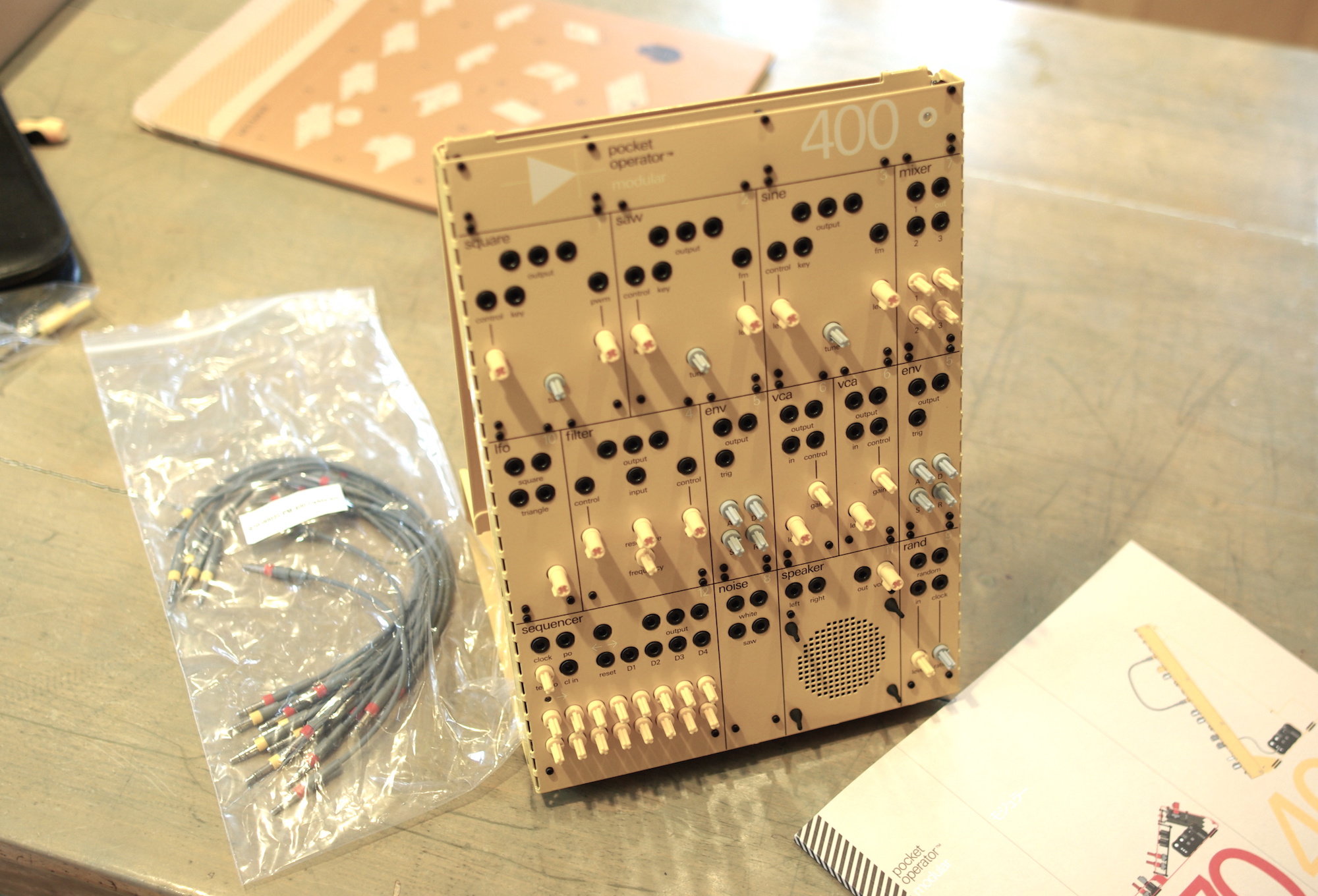 Teenage Engineering have always done things differently. From the original OP-1 mini synth through to the calculator-inspired Pocket Operators and lifestyle collabs with fellow Swedes IKEA, we’ve come to expect the unexpected. With their first foray into modular synthesis, you wouldn’t just expect a few basic Eurorack modules, would you?

Unleash the POM-400 from its eco-friendly packaging and you’re presented with 17 individual boxes of modules and accessories, ready to be assembled. Even aside from the flat-pack kit format, the brand’s new POM (Pocket Operator Modular) range is unlike just about anything on the market. It’s a self-contained modular system that offers some unique features while also being designed to play nicely with Pocket Operators and Eurorack gear. 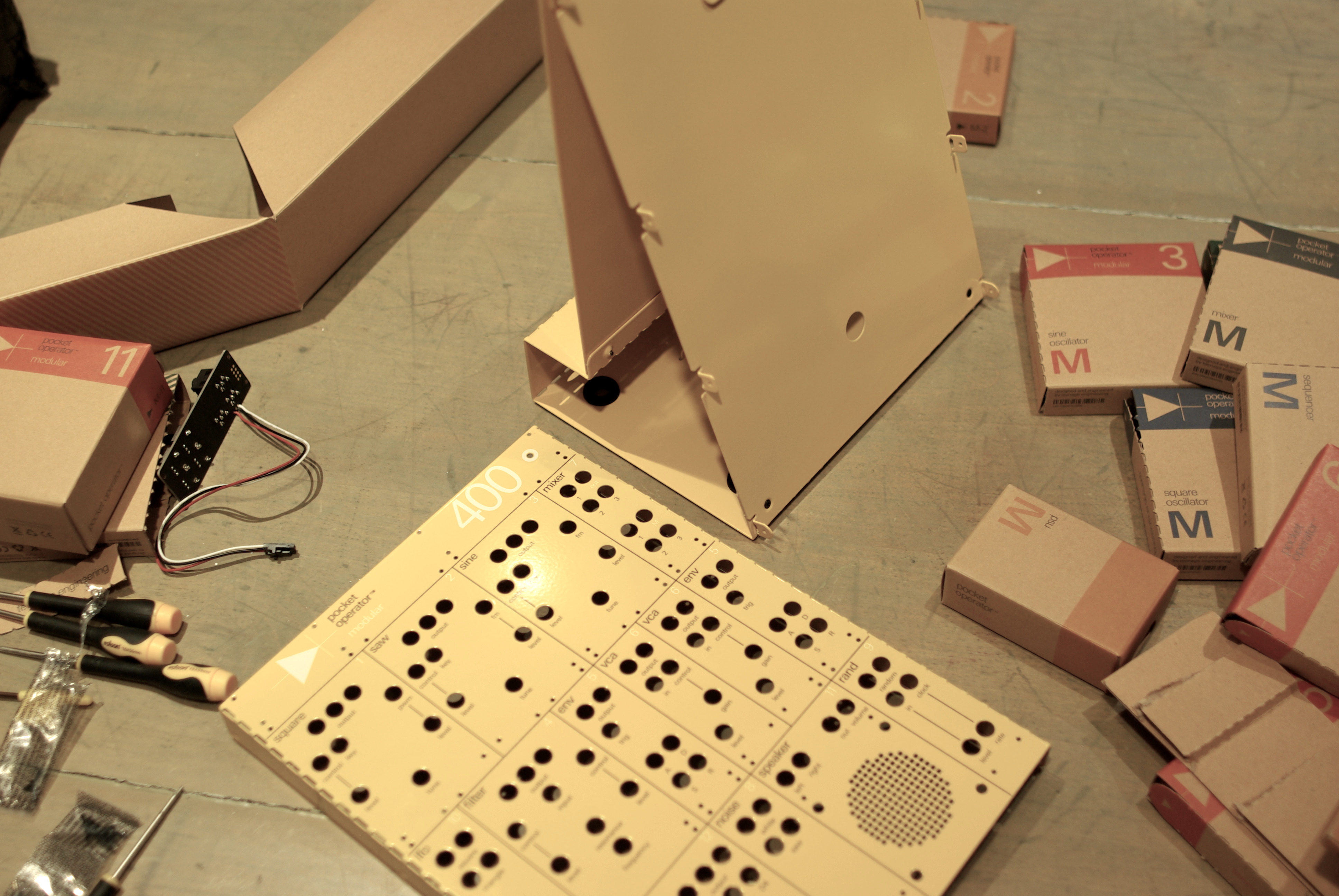 Construction of the synth is a fairly lengthy but surprisingly enjoyable process. Comparisons with IKEA flat-pack furniture are inevitable but it’s a little bit more precise and technical than banging together your latest set of Kallax shelves – probably a bit more like a detailed Lego kit than a bookcase. It’s not exactly complicated but occasionally fiddly, and you should probably budget for a good few hours to construct the whole thing carefully and methodically, including a couple of coffee breaks. Just as with IKEA furniture, instructions in the manual are a little vague at points but there are additional tips on the TE website.

Begin by folding the metal chassis and front panel (the instructions warn you at this point to think twice and bend once, because you can’t really unbend the sheet steel cleanly if you get it wrong), then fit the power distribution board. At this point you need to unpack your modules one by one, attach standoffs (small threaded spacers) to the PCBs with the included T8 Torx driver, then attach the PCBs to the front panel. With all the modules installed, hook up the power connectors and battery pack then screw the front panel to the chassis and fit the knobs. It’s all fairly straightforward if you take your time and there is a real sense of satisfaction as you see the instrument come to life. Once you’ve tightened all 132 screws, you’re ready to go. The build process alone will appeal to a certain type of person, and it’s probably a good indicator of whether the POM range is for you. 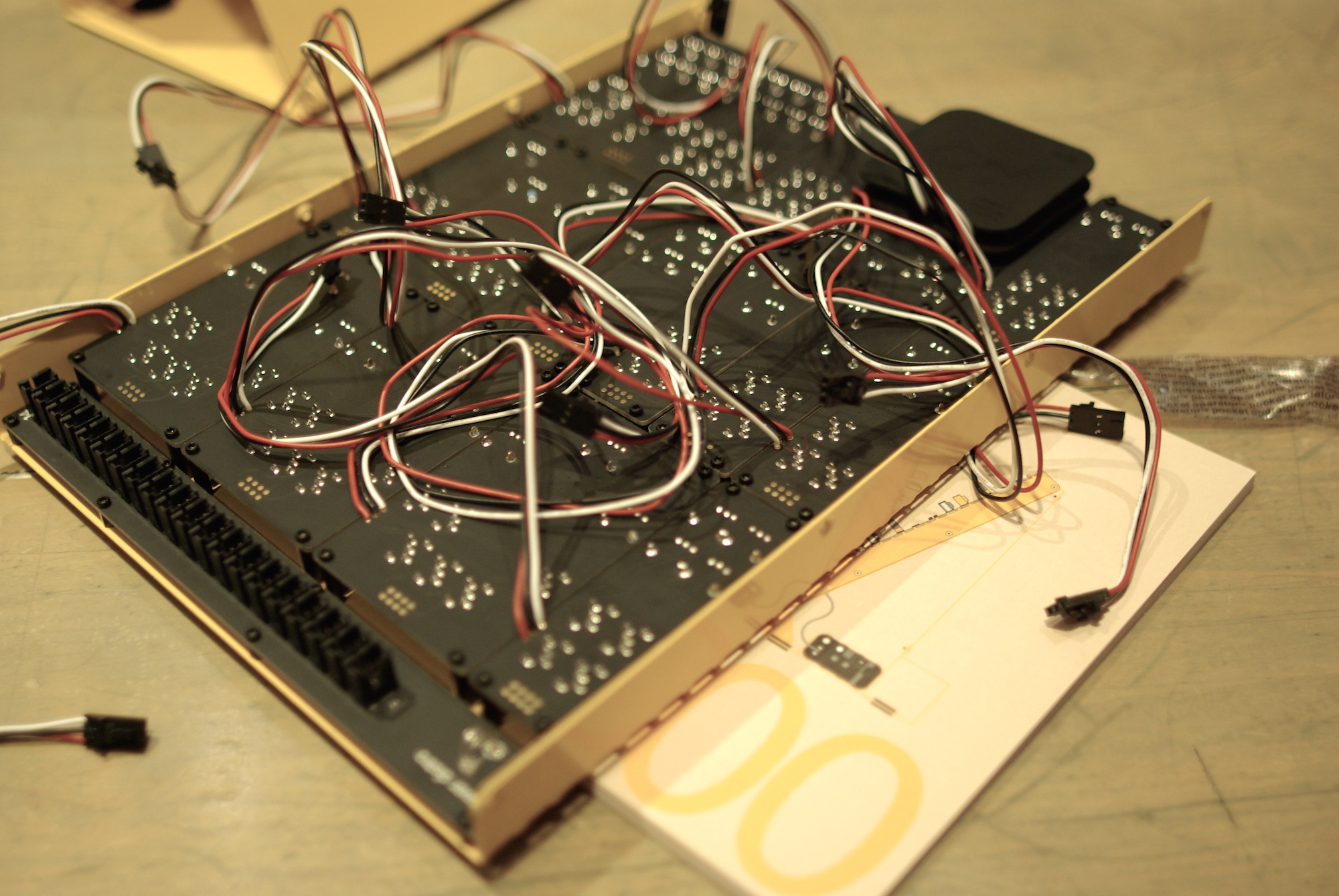 The POM-400 is a proper modular synth, with no internal routing or normalling. That means you’ll need to hook up some patch cables before you get any sound out of it, but it’s easy to get going with some of the basic patches included in the manual. The modules and general setup are all pretty standard stuff at first glance – three oscillators, two envelope generators, two VCAs, an LFO, filter, noise source, random voltage generator and a mixer – but some of the designs are quite unusual. The oscillators, for instance, aren’t conventional designs but separate modules for square, saw and sine waves, each with three outputs (the same signal on each output). There’s pulse width modulation on the square wave and FM on the saw and sine modules, all with CV control to allow a bit of harmonic complexity.

What’s immediately fun about the oscillator setup is that it pushes you to think about layering the different timbres in a way that you might not consider if you had three identical VCOs. Feed the same CV source to them all from the step sequencer and you can tune them to stacked parallel chords with different tones on each of the notes. Down-tune the sine and you’ve got a lovely sub bass tone; the built-in speaker might not offer much in the way of bass but plug the POM into a proper pair of monitors and it can get very deep and powerful. It may not be complicated enough to please hardcore Eurorack heads, but for relative newcomers to modular synthesis it’s difficult not to be inspired. 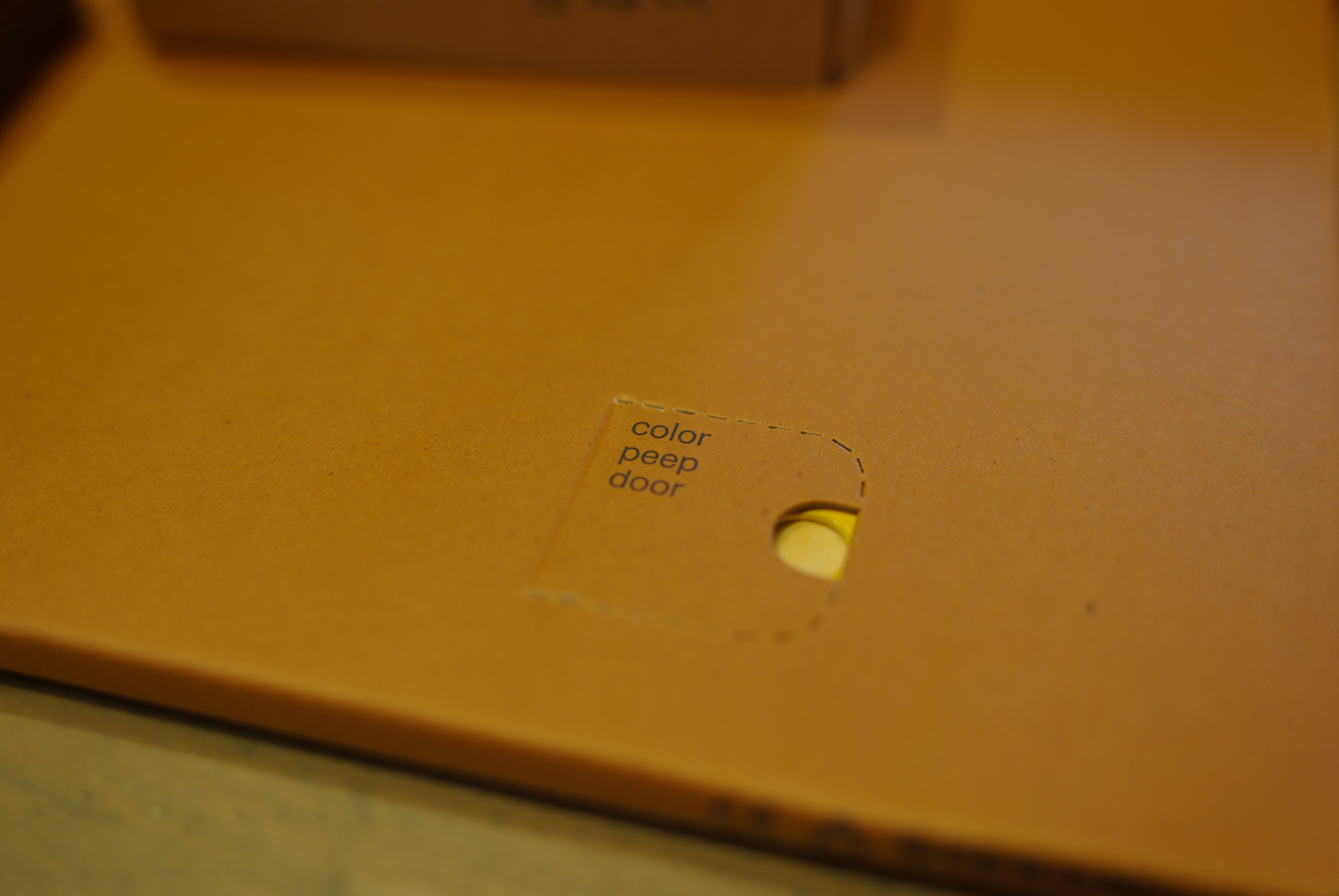 At present, Teenage Engineering aren’t selling modules individually, but it seems likely that the long-term plan is for the POM format to expand and grow into its own little ecosystem just like the conventional Pocket Operators. It’s exciting to imagine how some of the more esoteric Pocket Operators could work as modules if that happens, but we’ve already seen some really nice examples of people hooking the POs up the POM, multiple POM units together, and even POMs playing nicely with Eurorack modular and Korg Volcas. Expect to see the POMs popping up in live setups all over the place if only because the visuals are so strong; TE have always been experts in striking design, and the POM-400 looks particularly good.

The POM format is unlike anything else on the market. It’s not necessarily meant as a rival to Eurorack or desktop semi-modular synths like the Doepfer Dark Energy, but something else entirely. It’s ultra-lightweight and portable, battery powered, strikingly cool-looking and with just enough sonic versatility to make it a good all-rounder. It’s not the last word in modular synth power, but for relative newcomers to the modular world or anyone with an interest in compact, portable synthesis, the POM is a strong choice. 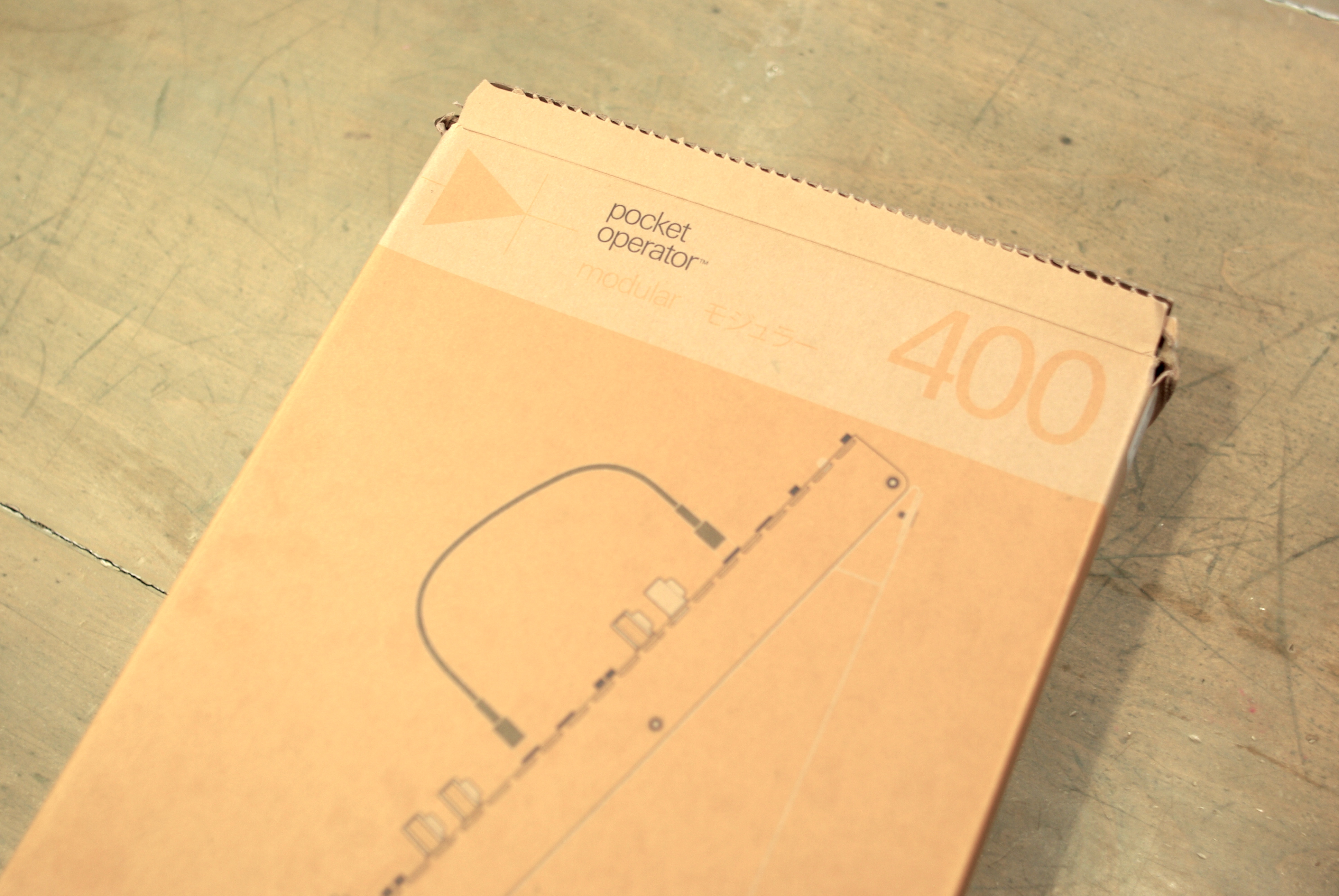