Waldorf’s expanded take on the excellent Streichfett offers a reminder of what makes the classic string synth and vocoder combination so effective. 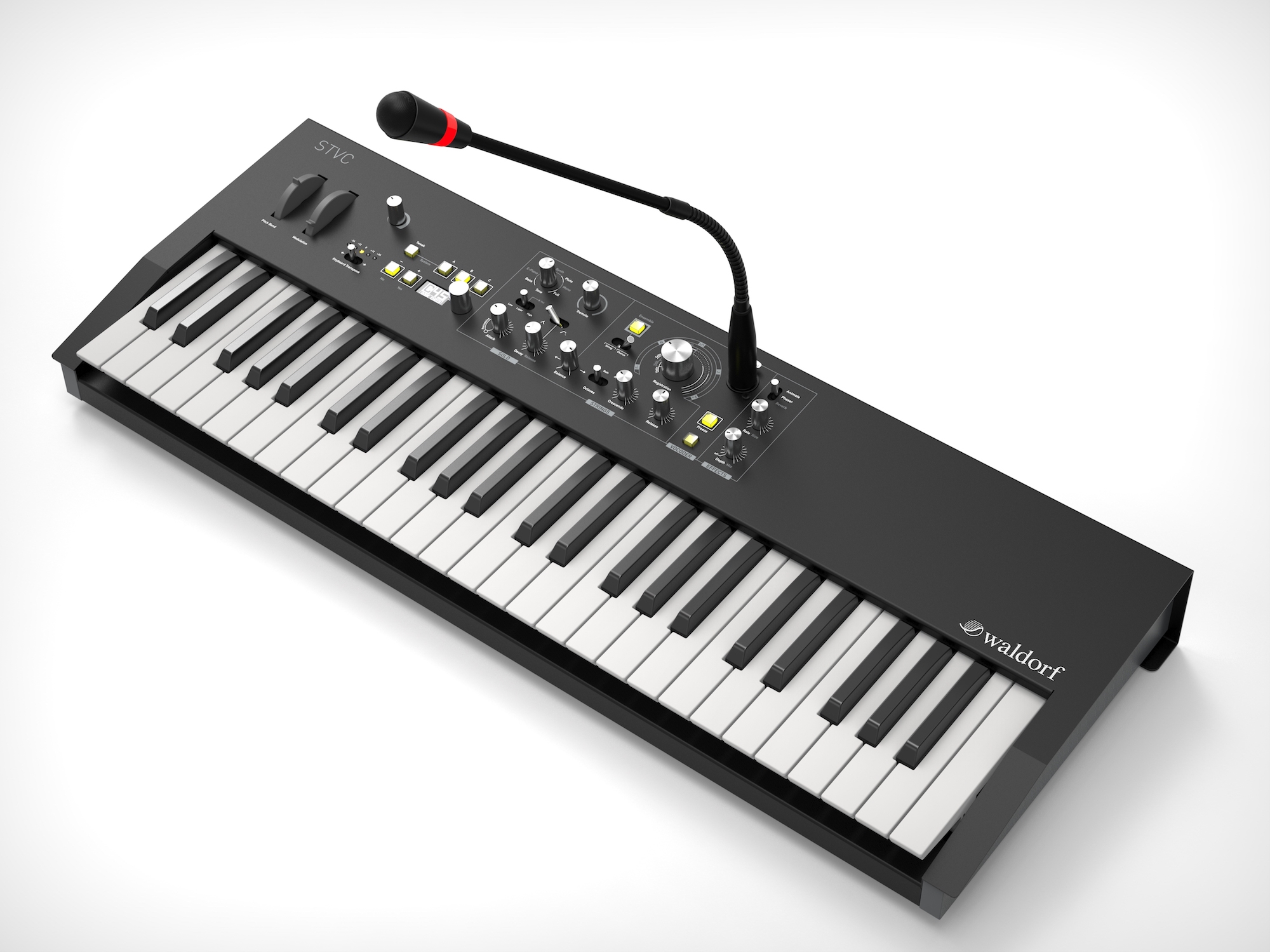 There was a brief period in the late 70s where players of string instruments could rightly feel a bit nervous. For a few years, the string synth was the star of the synth world, if not quite threatening the livelihood of real string musicians then certainly becoming the flavour of the month. Often more like weird organs than conventional analogue synths, devices like the Roland RS-202, Siel Orchestra and Solina/ARP String Ensemble earned something of a cult following thanks to their not-entirely-realistic but appealing string sounds. Many of them also offered higher voice counts than most contemporary synths, allowing musicians to play much more complex chords and two-handed parts. Think David Bowie’s ‘Heroes’ or Nu Shooz’s ‘I Can’t Wait’ and you’ll get a sense of the nostalgic, characterful sound of these slightly strange but undeniably charming synths. 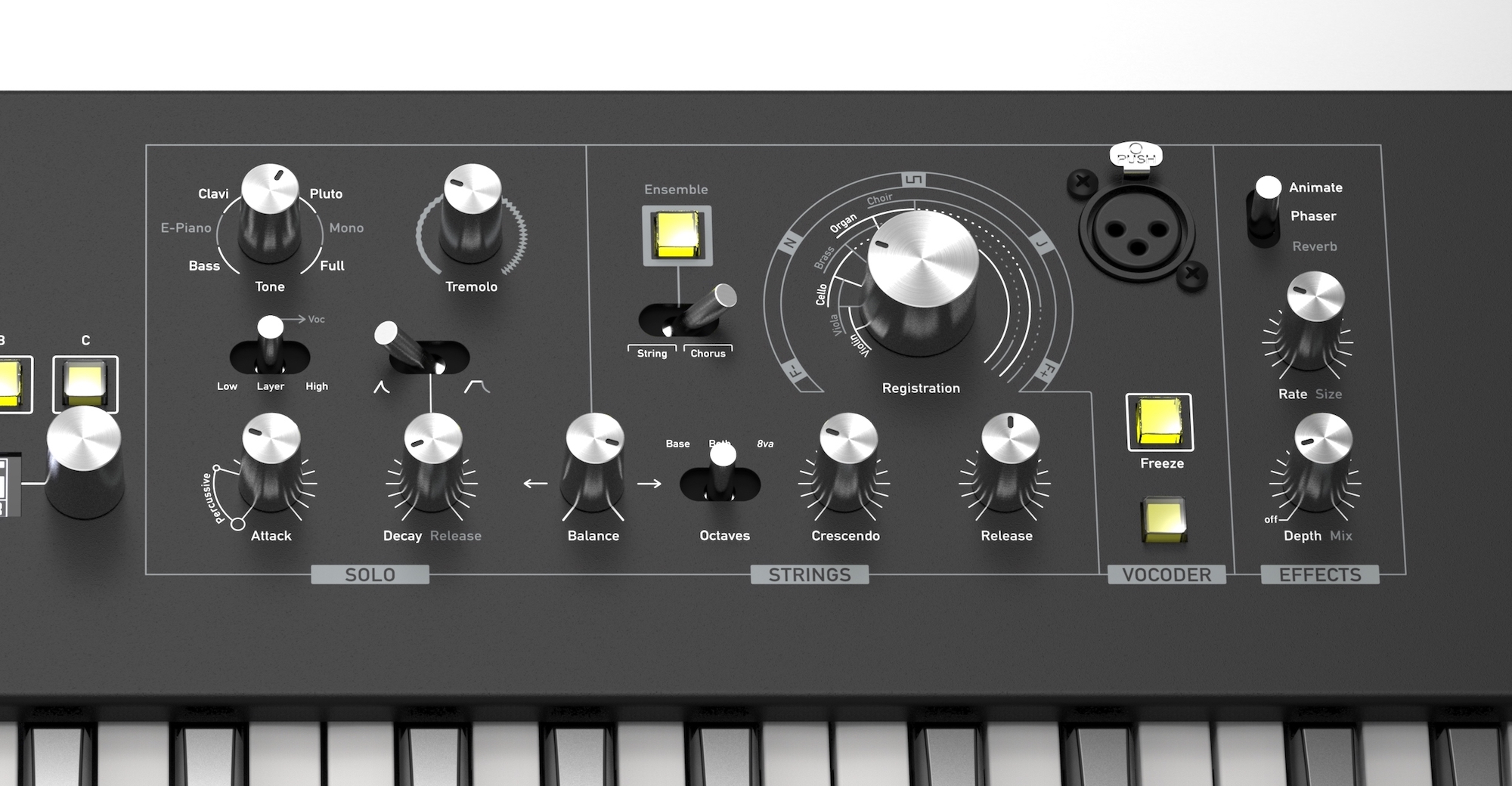 The distinctive sound fell out of favour when more realistic digital synths came along in the early 80s, but there’s still something hugely evocative about it. Off the top of our head, we reckon there must have been about 40 years from the discontinuation of all the classic string synth models until Waldorf released their Streichfett string module in 2014. Since then a few other manufacturers and software developers have joined the party, notably Behringer with their VC-340.

Waldorf’s latest offering is the STVC, a string synth and vocoder combined, this time with a built-in 49-key keyboard and gooseneck microphone. The string section of the STVC is essentially a mildly updated version of the Streichfett’s sound engine, but for those who are unfamiliar with the module it’s worth recapping why we like that so much. The Streichfett and STVC eschew the analogue circuits of classic string synths in favour of the wavetable synthesis approach with which Waldorf are inextricably linked. In practice there’s absolutely no reason to fear that the synths miss out on the analogue sound of the originals. The digital sound engine is arguably a little smoother and less raw than the old analogue models, but that’s how Waldorf synths tend to be, and their take on the classic sounds is still packed with character.

As well as the string mode, the STVC offers various ‘registration’ modes, similar to what would have been found on many of the classic string synths: twist the knob and the synth dials through violin, viola, cello, brass, organ and choir modes, each based on the same vintage oscillator bank and octave divider principles, but with different EQ and mixer settings to offer a surprisingly wide range of sounds. The separate Solo section is a 16-voice synth also featuring a range of different modes. It should be noted that this isn’t a conventional analogue synth-style circuit with an oscillator and filters, but more like the organ-style solo sections found on string synths. As such it’s limited in a sense but capable of generating sounds you’d struggle to achieve on a conventional synth, and perfectly in keeping with the vintage approach elsewhere.

The vocoder section is incredibly quick and easy to use, with the gooseneck mic plugging into the top panel and just two buttons to control the sound: an on/off toggle and a Freeze option, which allows you to store a clip of the mic input and replay it up and down the keyboard, almost like a primitive sampler. Vocoder sounds are so distinctive that they can become a bit overpowering if not used sparingly, but the STVC’s vocoder shows that you can actually draw a decent range of sounds out of the concept, from the obvious Daft Punk-style robot vocals to more subtle backing vocal washes, spacey disco vox and Vangelis-inspired pads. 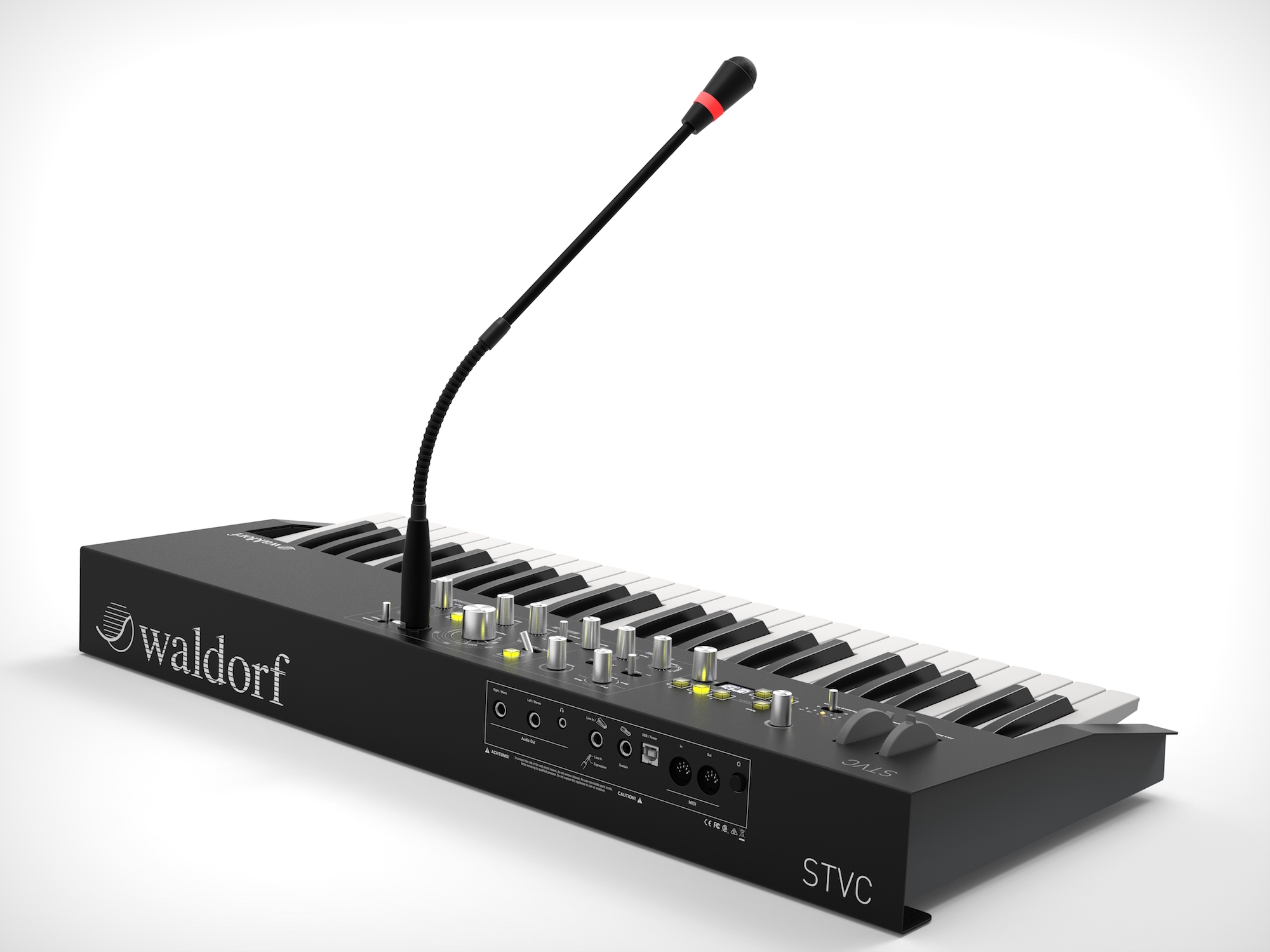 The STVC proves to be more than the sum of its parts. You could cynically write it off as little more than a Streichfett in a bigger box, but in practice the addition of the vocoder turns it into a much more capable all-round instrument. It’s stating the obvious, but the keyboard alone also makes the string synth infinitely more immediate and playable (especially given the high quality of the semi-weighted keybed, which has a particularly classy feel). I’ve spent a lot of time with the Streichfett over the years but I still found myself magnetically drawn to the STVC and getting lost noodling on it while it was set up in my studio. In terms of taking it out to gigs, it’s worth noting that the build quality of the entire unit is also rock solid, in a similar metal case as used on the keyboard version of the Blofeld synth.

The main rival here is the cheaper Behringer VC340, loosely based on the classic Roland VP-330. The VC340’s synth options are significantly more basic than those of the STVC. Roland have now discontinued the Boutique VP-03, based on the same VP-330, but given how the brand likes to reinvent its classics we wouldn’t be surprised to see it return in some form. As it stands, the Streichfett represents the basic string-focused choice and the STVC the full-fat option, with the Behringer offering a slightly compromised middle ground at a decent price. All are good instruments in their own right, but in terms of outright power the STVC is the clear winner.

If nothing else, the STVC is a reminder that the classic combo of characterful synth and built-in vocoder can sound fantastic in pretty much any style of music. If string synths are set for a mini-revival, we’re all for it. 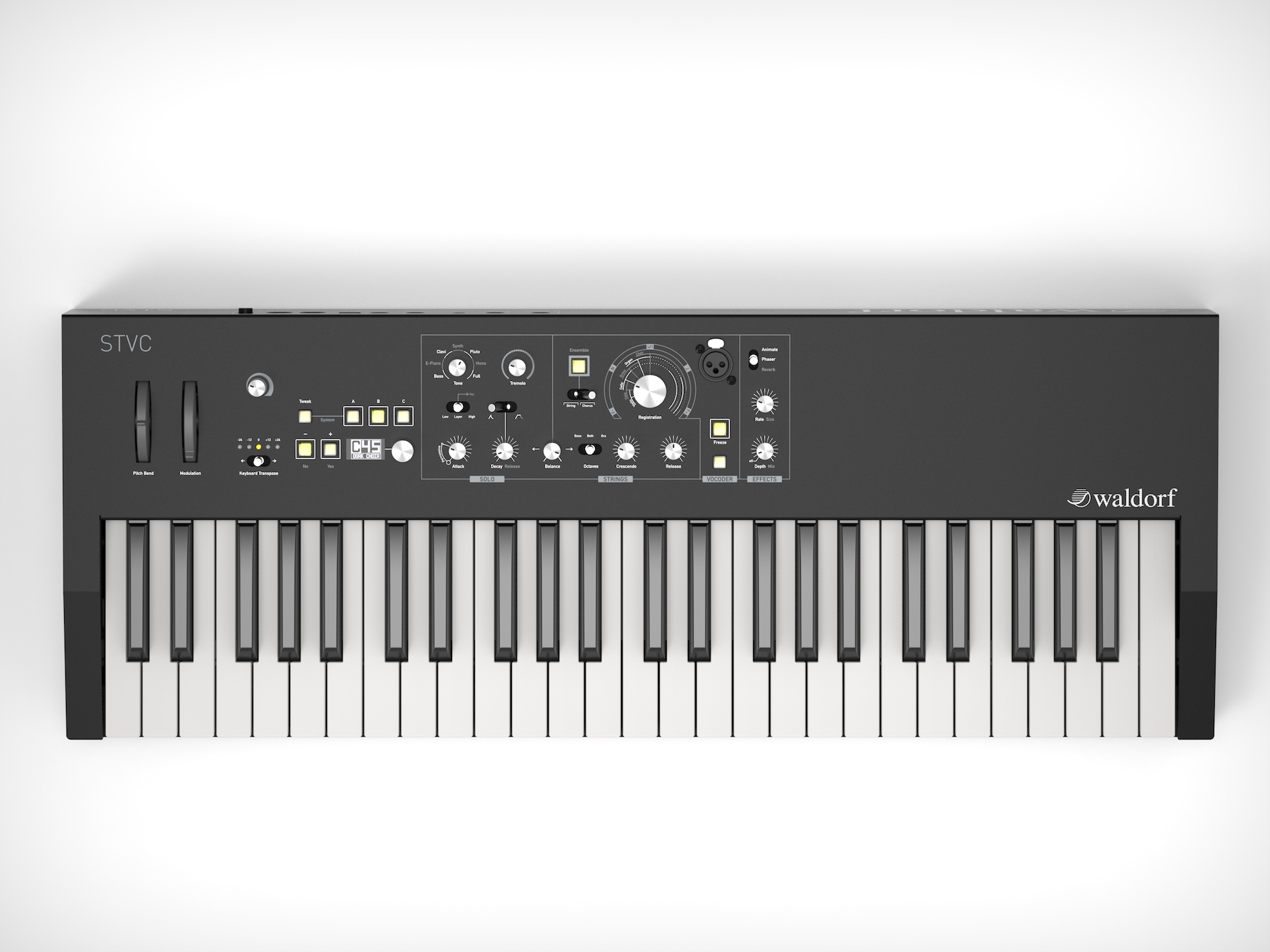