Bored of the computer? A new take on the classic Portastudio concept offers an analogue-style approach to multi-track recording. 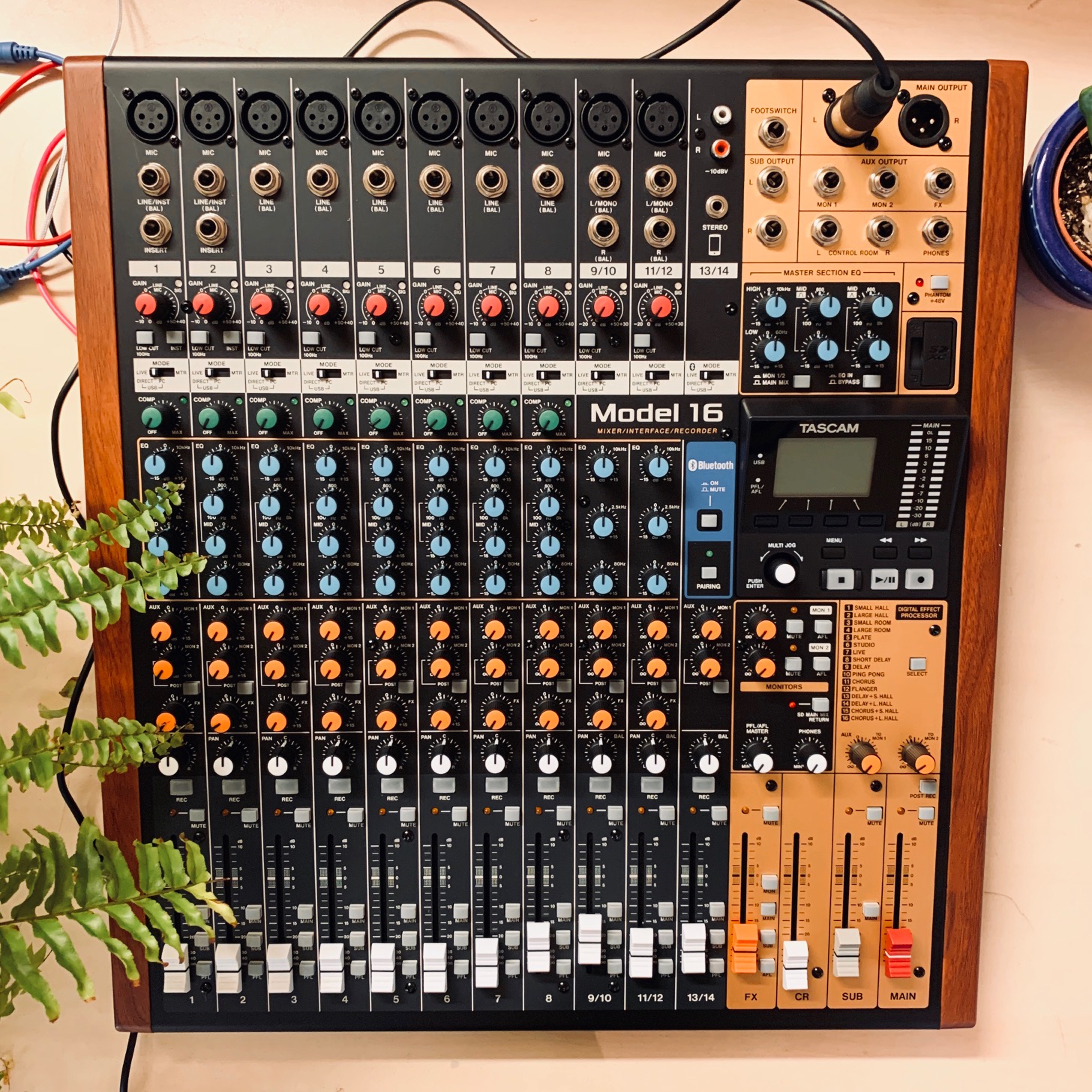 Last year marked the 40th anniversary of a product that single-handedly changed the way we make music. The Tascam Portastudio launched an entirely new market for home recording, allowing musicians to record and overdub multiple tracks onto a standard cassette tape.

A lot has changed since those early days, but multi-track pioneers Tascam saw fit to celebrate the anniversary with a new tribute of sorts. The Model 16 shown here is the mid-sized model in the brand’s somewhat confusingly named Model range of standalone multi-track digital recorders, which offer a new take on the old formula. Keen-eyed Tascam observers will note that the brand already makes the DP (Digital Portastudio) range, but just in case there were any doubts about the shared lineage here, the orange, red and blue knobs are a clear nod to the colour scheme introduced on the very first Portastudio back in 1979. The Model range sets itself apart from the DP series, as we’ll explain.

Of course, the elephant in the room is that everything has changed since the original Portastudios were around. Back then, the pro way to record was in a hugely expensive dedicated recording studio with a multi-track reel-to-reel tape machine, giant mixing console and thousands of pounds of outboard equipment. All that changed when digital recording technology filtered down to home use. The Model 16 is a prime example of how the best of analogue and digital technology can be combined into a comprehensive all-round recording package: essentially a 14-channel analogue mixer grafted to a multi-track digital recorder and a built-in audio interface. At £659, the Model 16 is great value; you’d struggle to put together a similar recording package for the same money if you went for separate mixer and recording device. (For reference, it’s also interesting to note that the original Portastudio 144 cost the equivalent of around £3,000 in today’s money; this kind of home recording setup is cheaper than it’s ever been.)

In use, the Model 16 has an immediate, efficient workflow. It feels like a conventional analogue mixer for the most part, with an array of connection options on the inputs, clean pre-amps, handy one-knob compression and three-band semi-parametric EQ on the first eight channels. As such, it lends itself to a conventional live band-style approach to recording, laying down multiple channels simultaneously (a smaller Model 12 version is available if you don’t need as many inputs as the 16 offers, while a larger Model 24 is the flagship of the range).

There are some inevitable trade-offs to this approach. Editing your recordings in a hardware unit like this can never be quite as slick and easy as in a DAW, so Tascam have avoided the issue altogether, allowing you to punch in and out but not much else. Unlike its cassette-based predecessors and the more basic, fully digital DP range, the Model 16 is also not very portable. At around 7kg, it wouldn’t be entirely impossible to pack it up and take it to a rehearsal space or a collaborator’s studio, but it’s not the kind of thing you can expect to throw in a rucksack and carry around in case inspiration strikes. However, these both feel like compromises that are worth accepting for the overall convenience; you can easily transfer your recordings to a DAW for editing, and we wouldn’t like the idea of trying to cram the same features into a smaller, fiddly format even if it were possible.

The big question is whether a recorder like the Model 16 is enough to tempt people away from the default entry-level option, which these days is undoubtedly to record into a DAW using an audio interface and no mixer. There are clear advantages to the Model 16 approach, with everything in one box, but with the unit’s built-in audio interface it also provides the option to hook it up to a DAW if you decide that approach works best for you. The Model 16 is also substantially cheaper than even a very basic laptop, audio interface and DAW, before you even consider the analogue mixer. 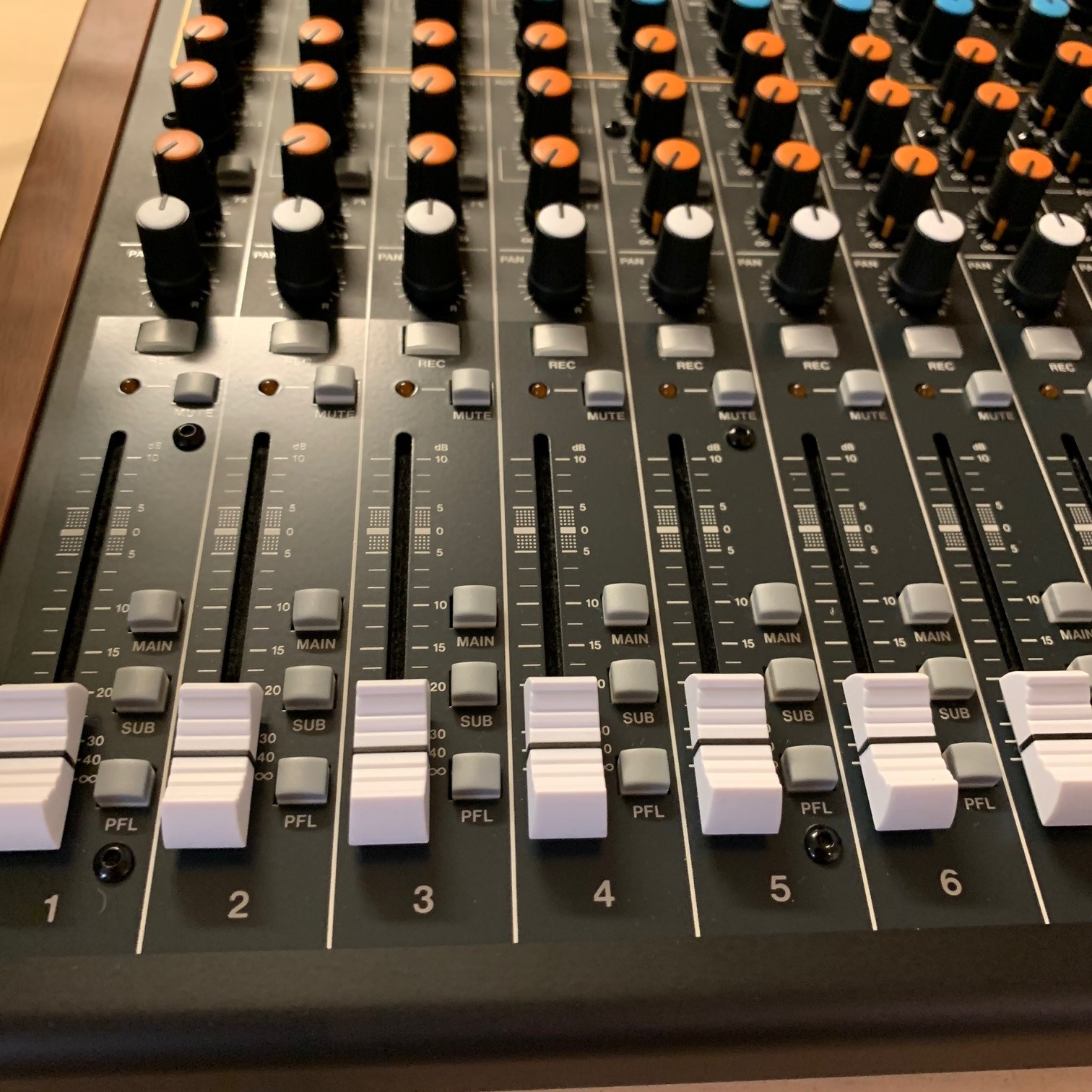 There are other options in this market, most obviously the Tascam DP-24SD, which is significantly cheaper and offers more tracks but misses out on the user-friendly mixer format of the Model 16. A slightly different take might be the new Presonus StudioLive AR16c, a 16-track analogue mixer with built-in audio interface. It only records to stereo within the unit itself, but offers the convenience of linking up the analogue front end to your DAW.

Four decades on from the first Portastudio, what stands out most is just how competent this kind of entry-level recording option has become. It’s no exaggeration to say that even a complete beginner could be recording tracks within a few minutes of removing the Model 16 from its box. No computer, no fuss, just quick and convenient home recording: a perfect modern take on the classic Portastudio concept. 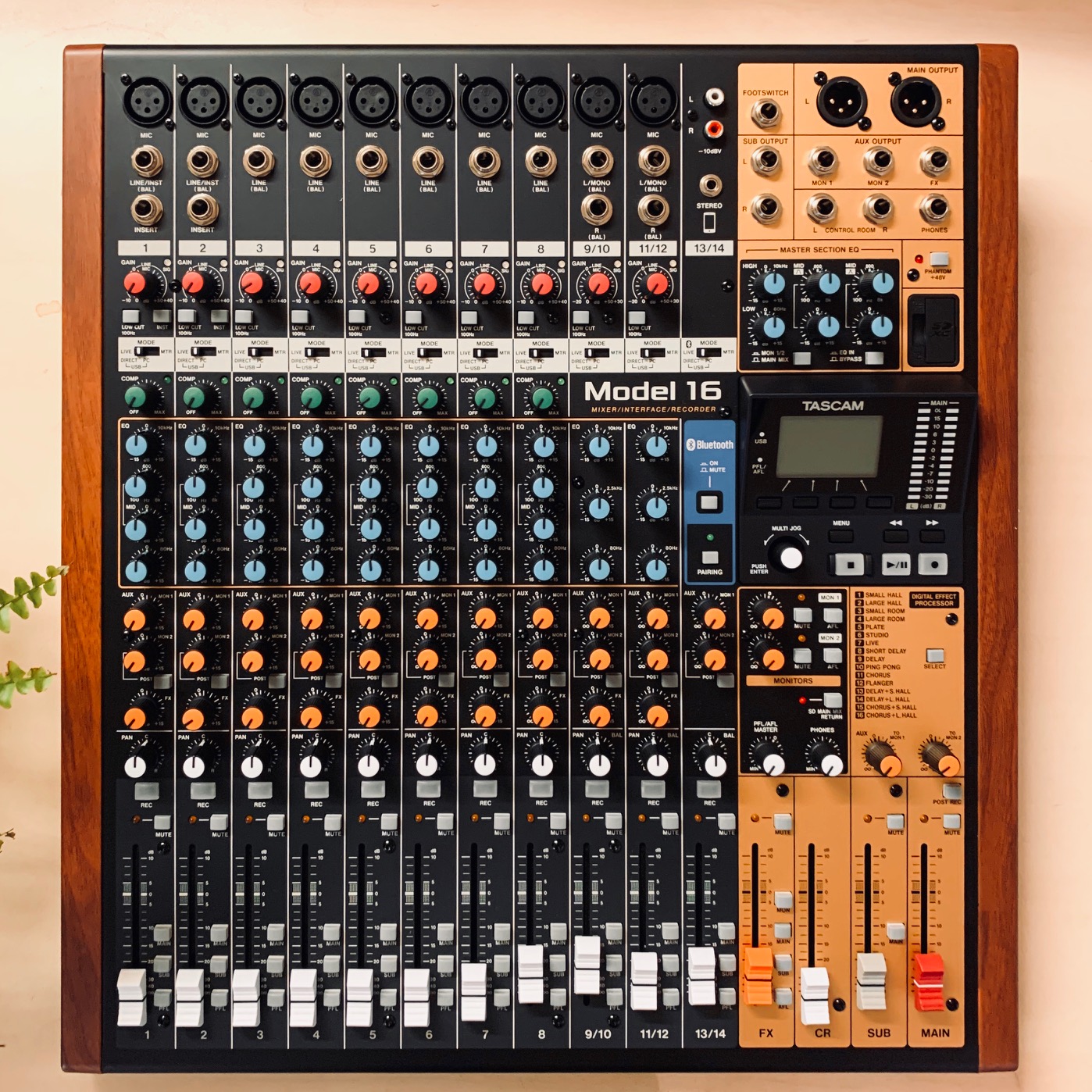 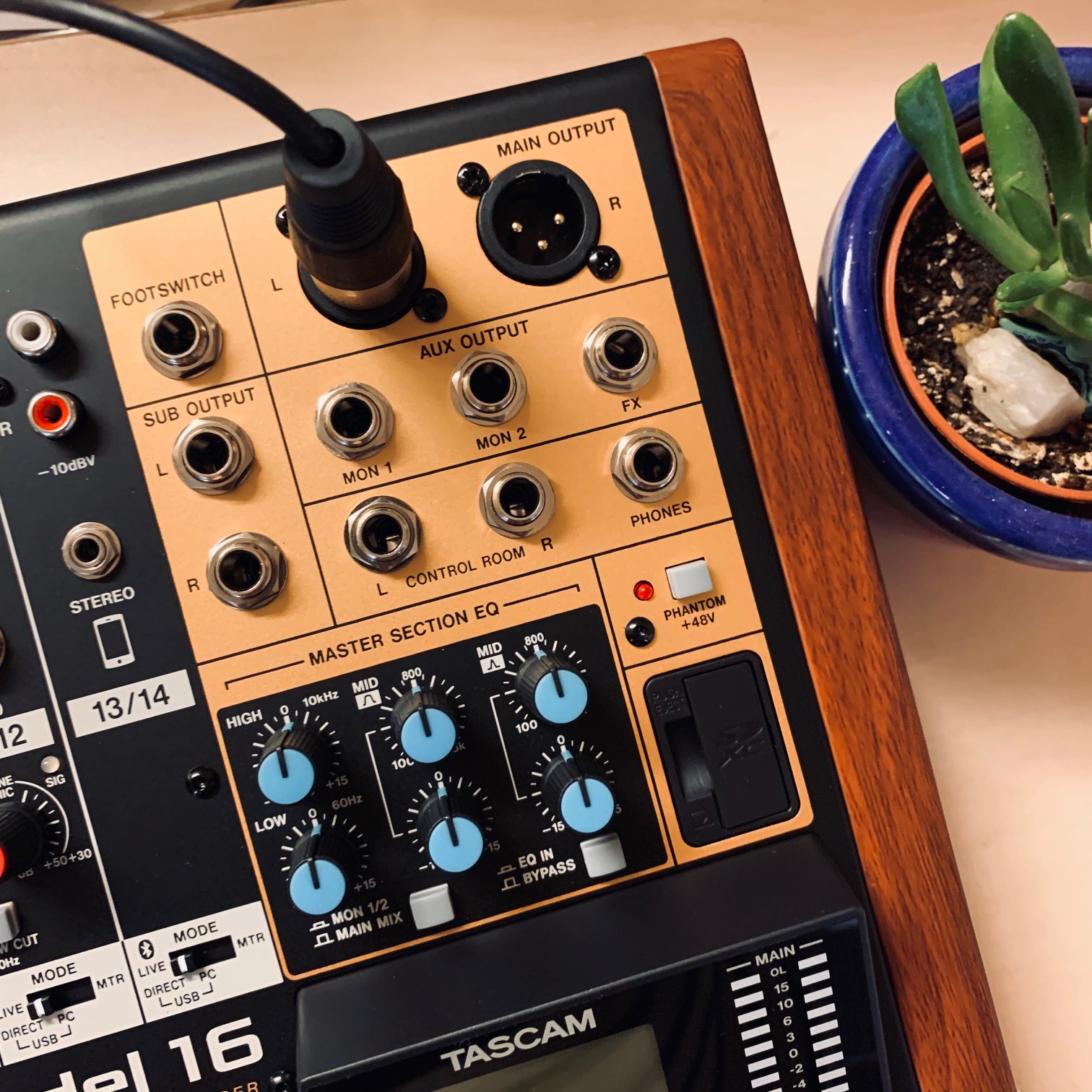 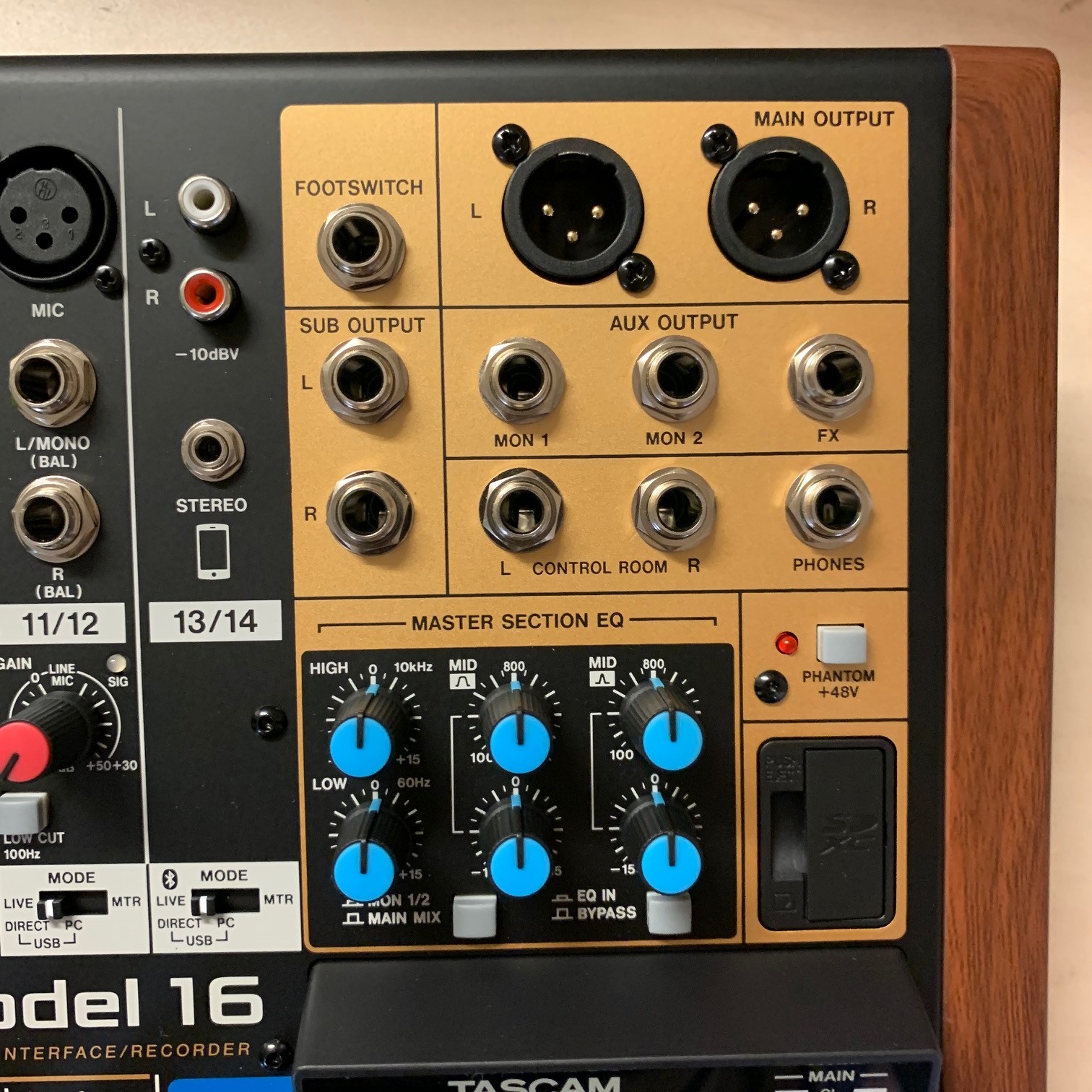 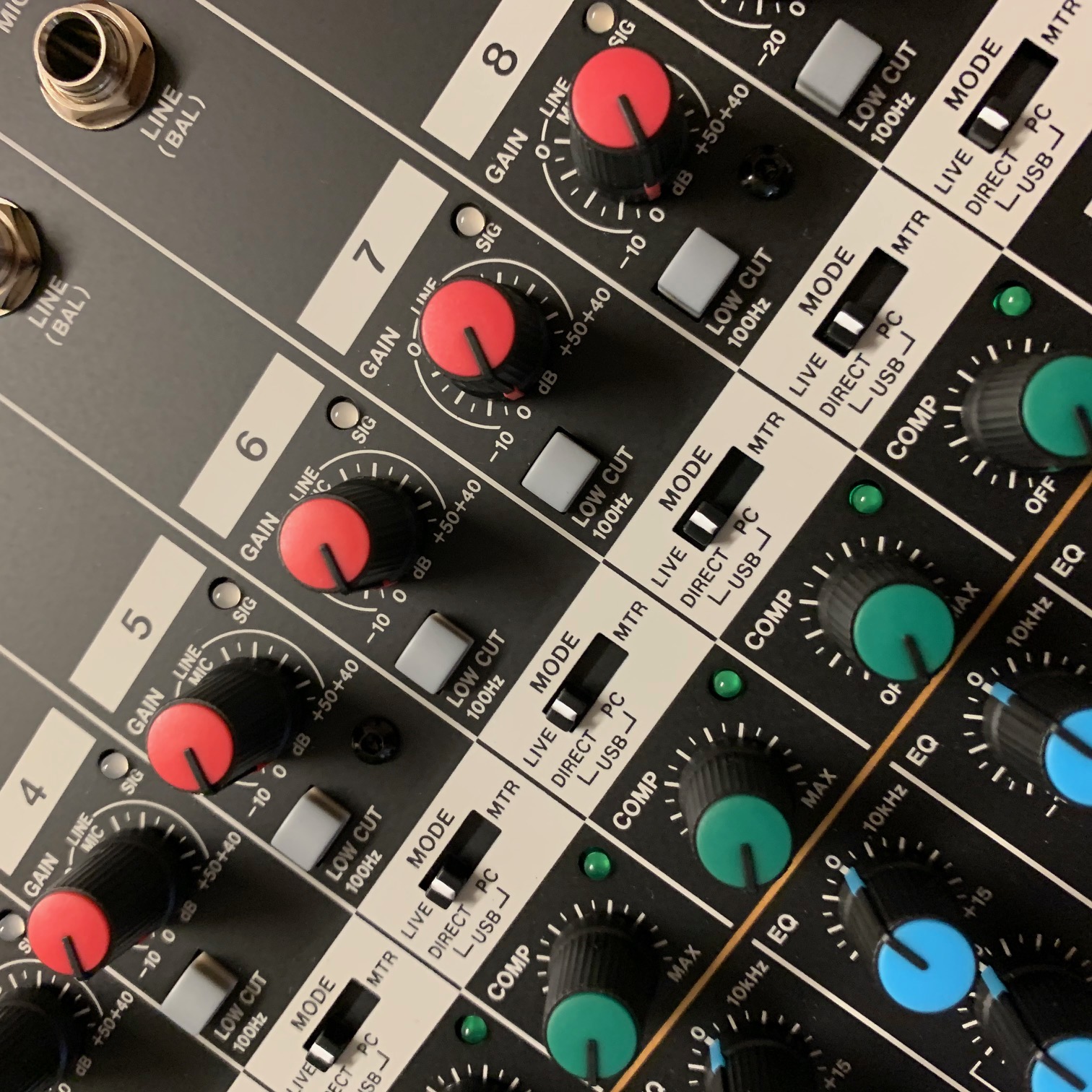