We test Roland’s latest incarnation of the legendary Jupiter series and discover that it’s a digital powerhouse based on some of the brand’s classic synths. 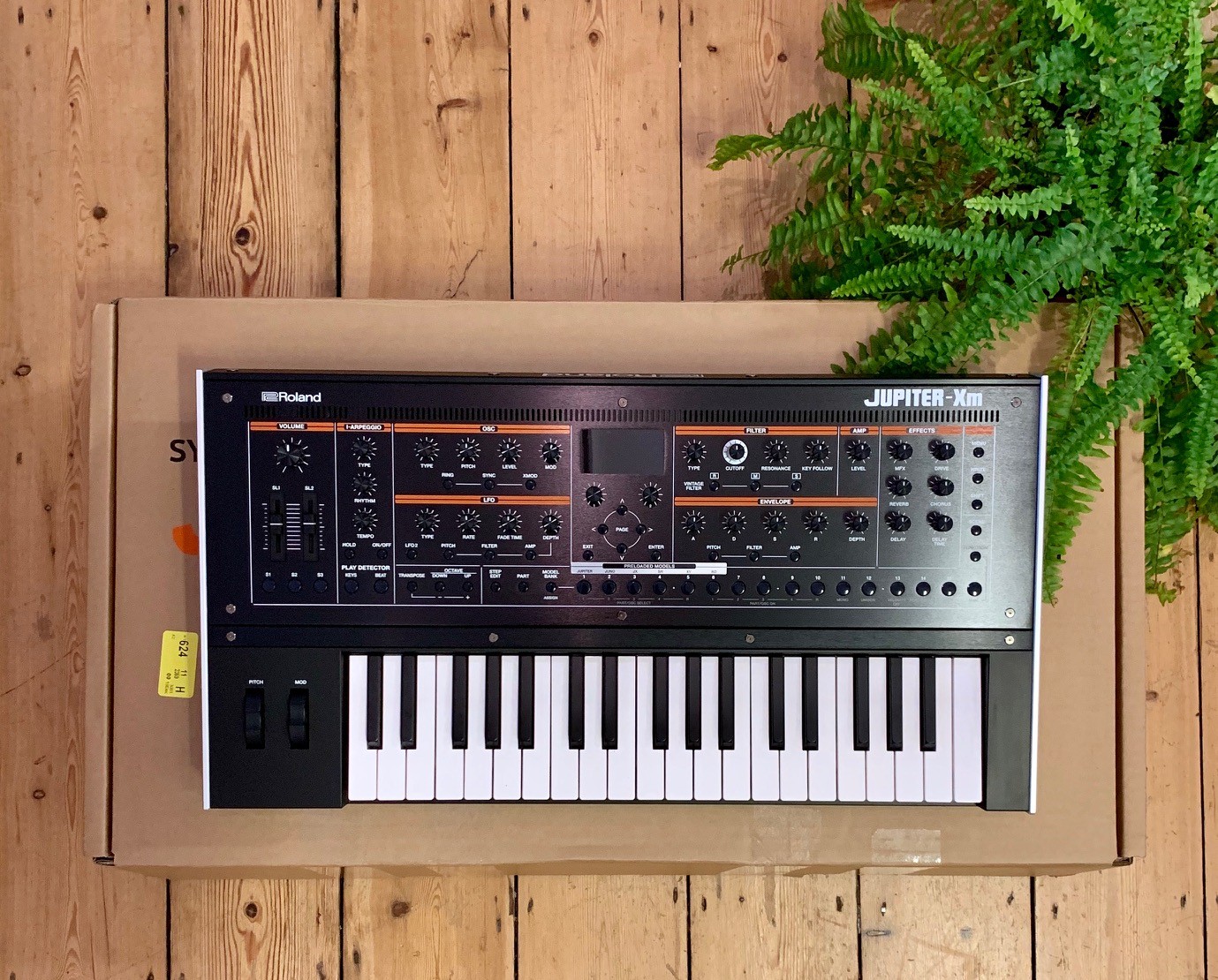 There will be certain synth nerds who dismiss the Jupiter-Xm immediately, without even wanting to hear what it can do. If you’ve read this far, you’re probably not one of those hardcore purists who refuse to accept the idea that the legendary Jupiter name can be applied to a digital synth. The truth is that they’re the ones missing out, because the modern Jupiter synths have always been capable instruments.

Digging into the history books, we reckon that Roland haven’t released a new analogue synth since the JX-10 in 1986 (the year after the original Jupiter series was discontinued), and despite dabbling in hybrid synths with the 2015 JD-XA, there’s little to suggest that they have any intention to return to pure analogue in the near future. The Jupiter name was even attached to a digital synth as early as 1991, with the release of the JD-800, with the initials widely believed to stand for Jupiter Digital. As such, we’ll happily cut any but-it’s-not-a-real-Jupiter complaints off at this point; no, it’s not analogue, but we didn’t expect it to be. If you want a real Jupiter-8, you’ll have to head to eBay and get ready to spend £10k.

With that out of the way, the Jupiter-Xm is currently the flagship Roland synth – at least until its bigger brother, the Jupiter-X arrives at some point in the next few months. The X will be a full-sized 61-key monster that sits at the top of the range, while the Xm is a compact, portable unit with 37 mini keys, built-in speakers and battery operation. The synth capabilities appear to be broadly similar, although we won’t know for sure until we get our hands on the X.

Both models are based around Roland’s new Zen Core sound engine, which as far as we can gather from the brand’s slightly ambiguous explanations is a hybrid engine with sample playback capabilities as well as a range of pure digital and modelled virtual analogue modes. Essentially, as we’ve seen in the MC-101 and MC-707 Grooveboxes, it can do a bit of anything, from drums to 70s analogue sounds. In the Xm it’s five-part multitimbral, capable of four different synths and one drum part simultaneously, with a maximum of 256-voice polyphony. On top of the synth engine you’ll find I-Arpeggio, an interactive arpeggiator which intelligently generates backing parts based on what you play, plus a range of modelled effects. 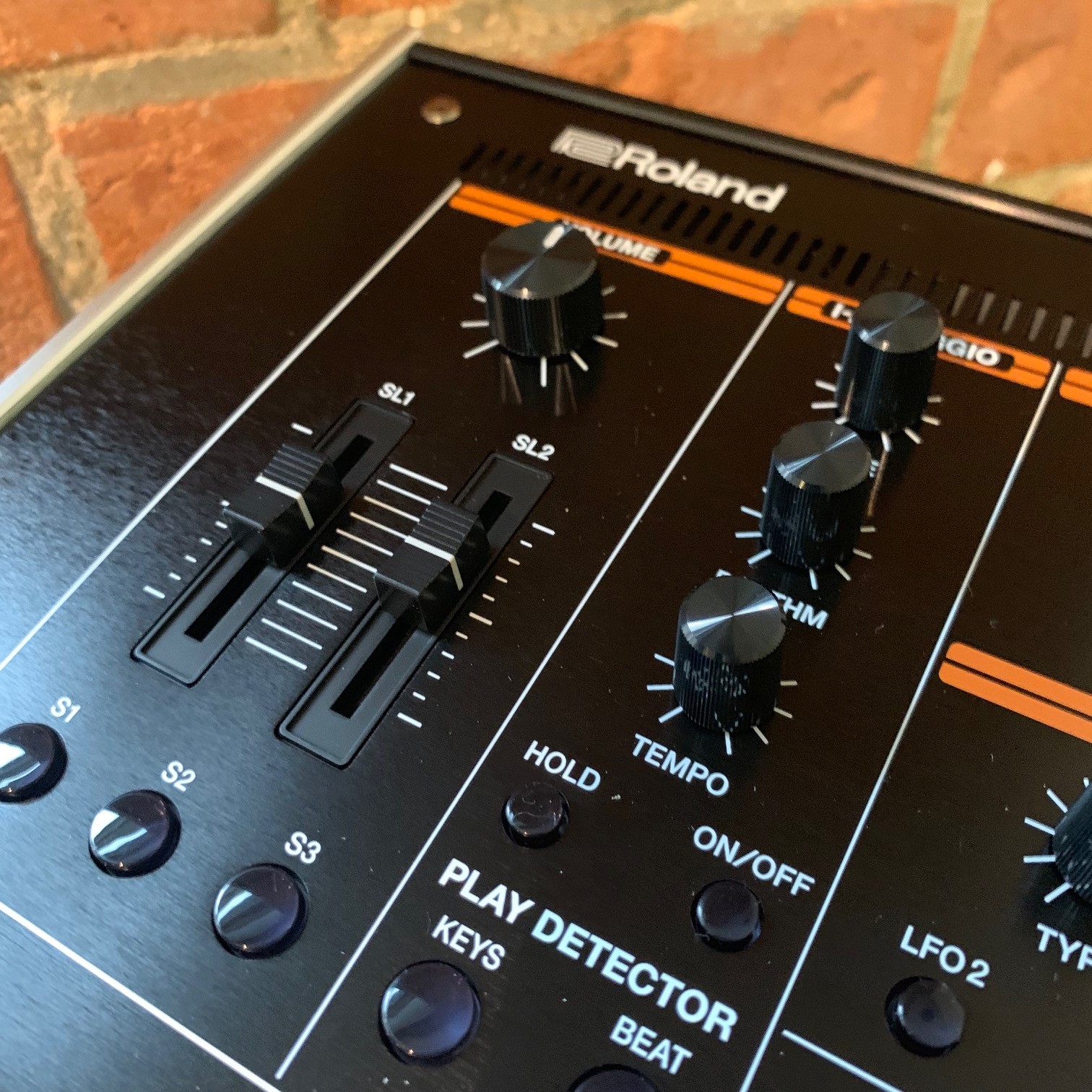 Despite the attachment of the Jupiter name, the synth is really more like a greatest hits of Roland’s classic synths. Flicking through the Model Bank options, you’ll find emulations of legendary 80s synths like the Jupiter-8, Juno-106 and SH-101, plus the underrated JX-8P, digital XV-5080 module and RD digital pianos. Interestingly, the emulations here aren’t the same as the ACB versions used in the equivalent Boutique models. It seems that Roland has deliberately gone for a slightly different approach in this case, discarding some of the slavish authenticity of the ACB models for a broad-strokes impersonation of the classics. SH-101 mode, for example, is still unmistakeably inspired by the classic analogue monosynth, but it doesn’t sound quite the same as the SH-01A and, in turn, not quite the same as the original synth. There does seem to be an immediacy to some of the models here – most notably the JX-8P – that suggests this was Roland’s priority. The Xm seems targeted at users who want a range of classic vintage tones but don’t necessarily care whether things sound exactly the same as the original. In that respect, it definitely hits the spot. 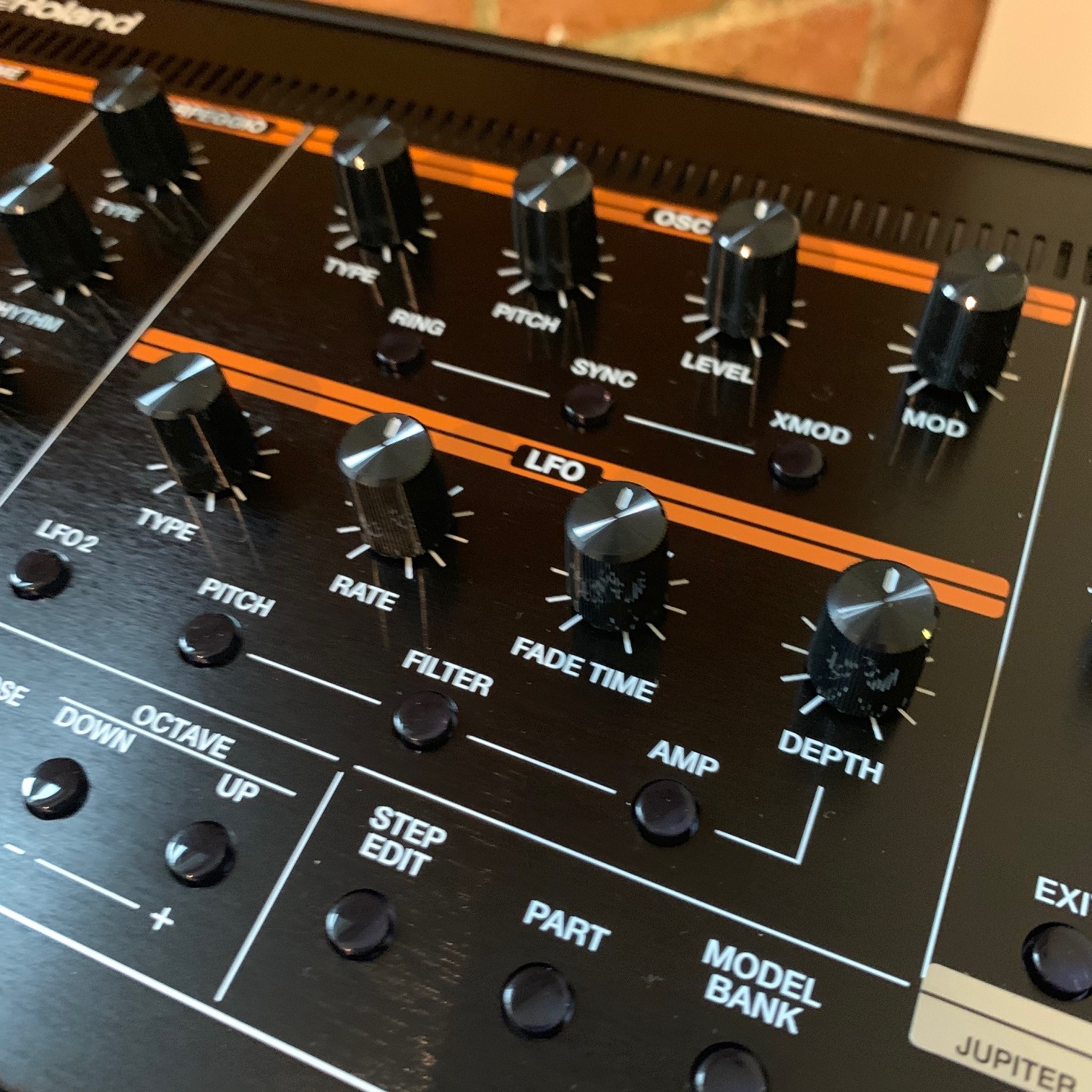 After a few weeks with the Xm, I feel like I’ve only really scratched the surface of its capabilities. There’s a lot to love about this keyboard, from the unashamedly noisy Juno-modelled chorus effect to the versatility of quickly switching between Roland, Moog and Sequential filter modes via the front panel buttons, twisting classic silky Juno strings or outrageously juicy Jupiter bass sounds into something else entirely.

There are some weaknesses to the Jupiter-Xm, but they have to be taken in context. There’s a fair bit of menu diving to dig through the extensive options of the synth, aftertouch would be nice to have and the slim keys won’t be for everyone (although we’re getting quite used to them now, having seen similar keybeds on so many Korg synths). However, the obvious answer to all of these issues is the Jupiter-X, which has full-sized keys, aftertouch and more front-panel controls. As a compromise to bring the price down, we suspect the Xm hits a nice sweet spot, but we’ll find out for sure when the Jupiter-X arrives. 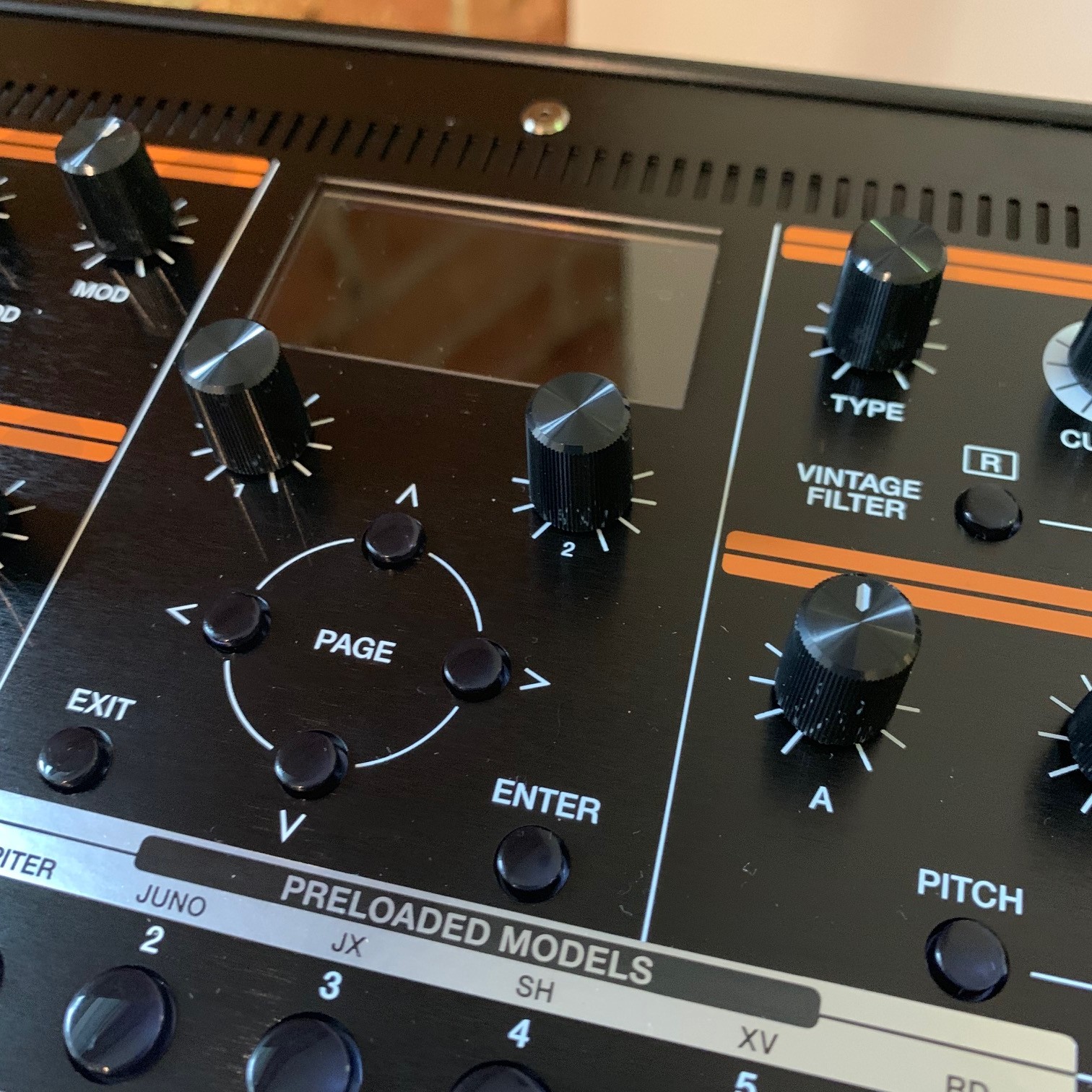 The Jupiter-Xm is by no means a cheap synth, but perhaps the best way to sum up its capabilities is to compare what you’d have to spend on equivalent Boutique models. An SH-01A, JU-06A, JP-08 and JX-03 would get you the SH, Juno, Jupiter and JX sounds but you’d already be spending more than a Jupiter-Xm and you’d be missing out on a hell of a lot of extra features. The Jupiter name carries a lot of baggage. If you can get past your preconceptions, the Xm is a fun, inspiring synth with classic Roland character. 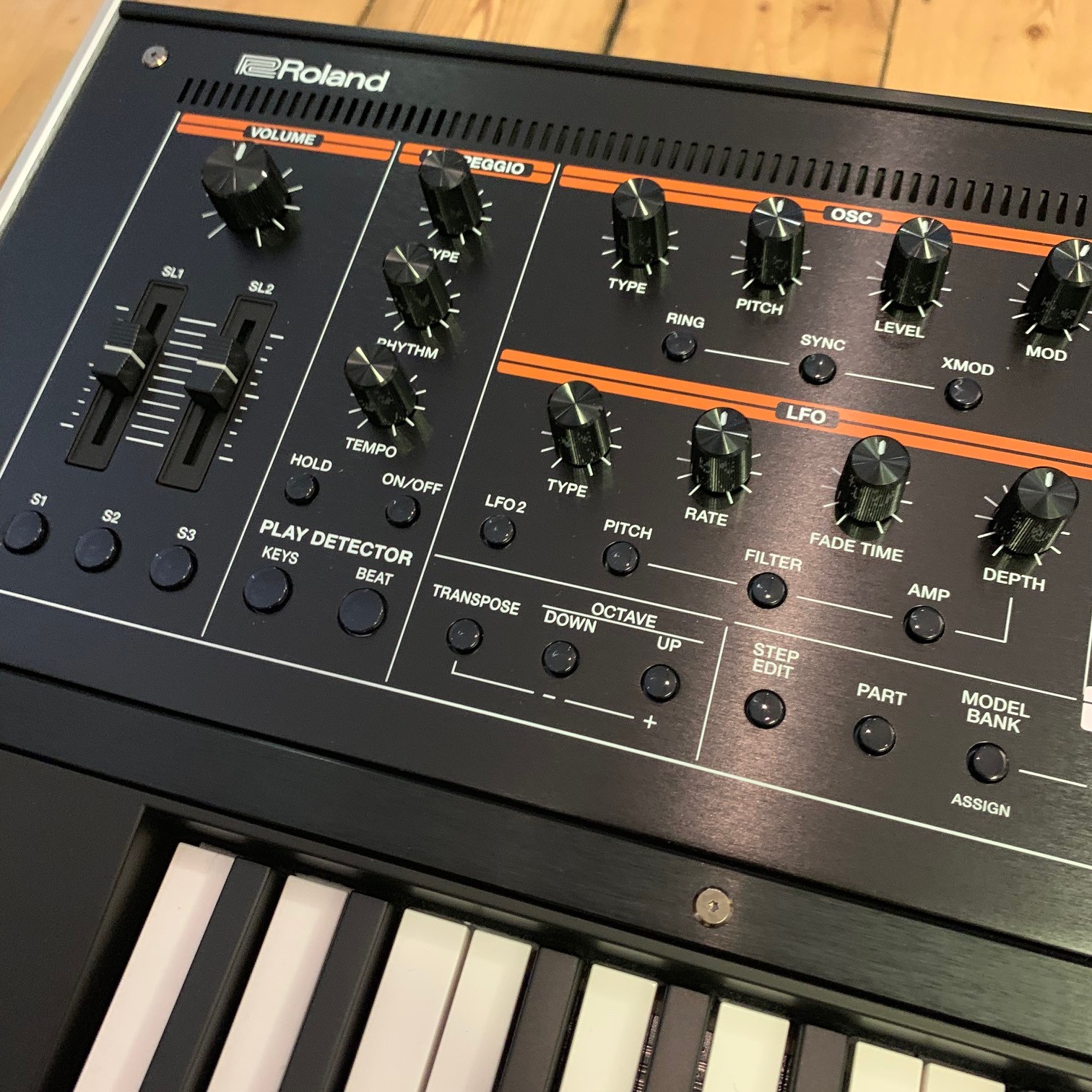 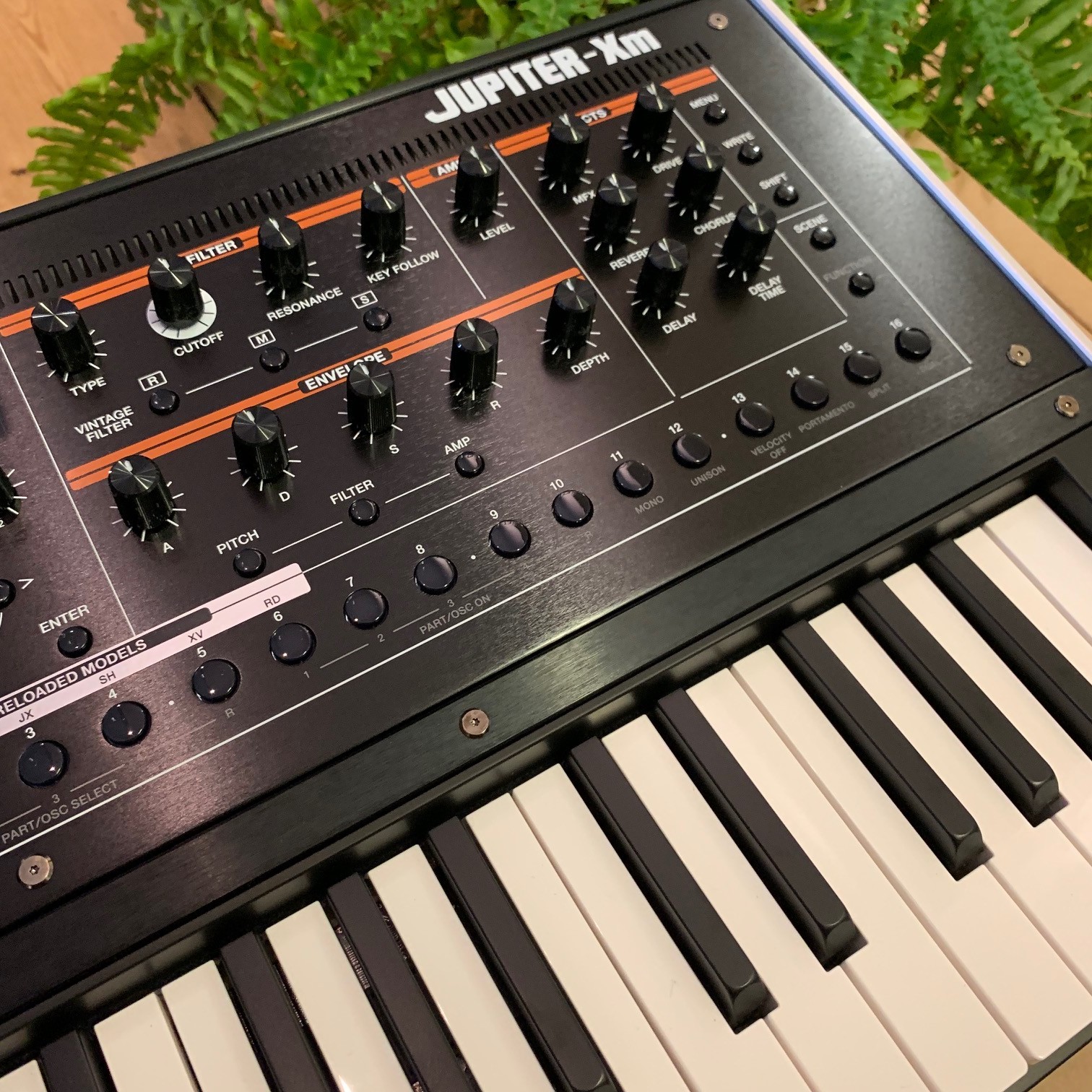 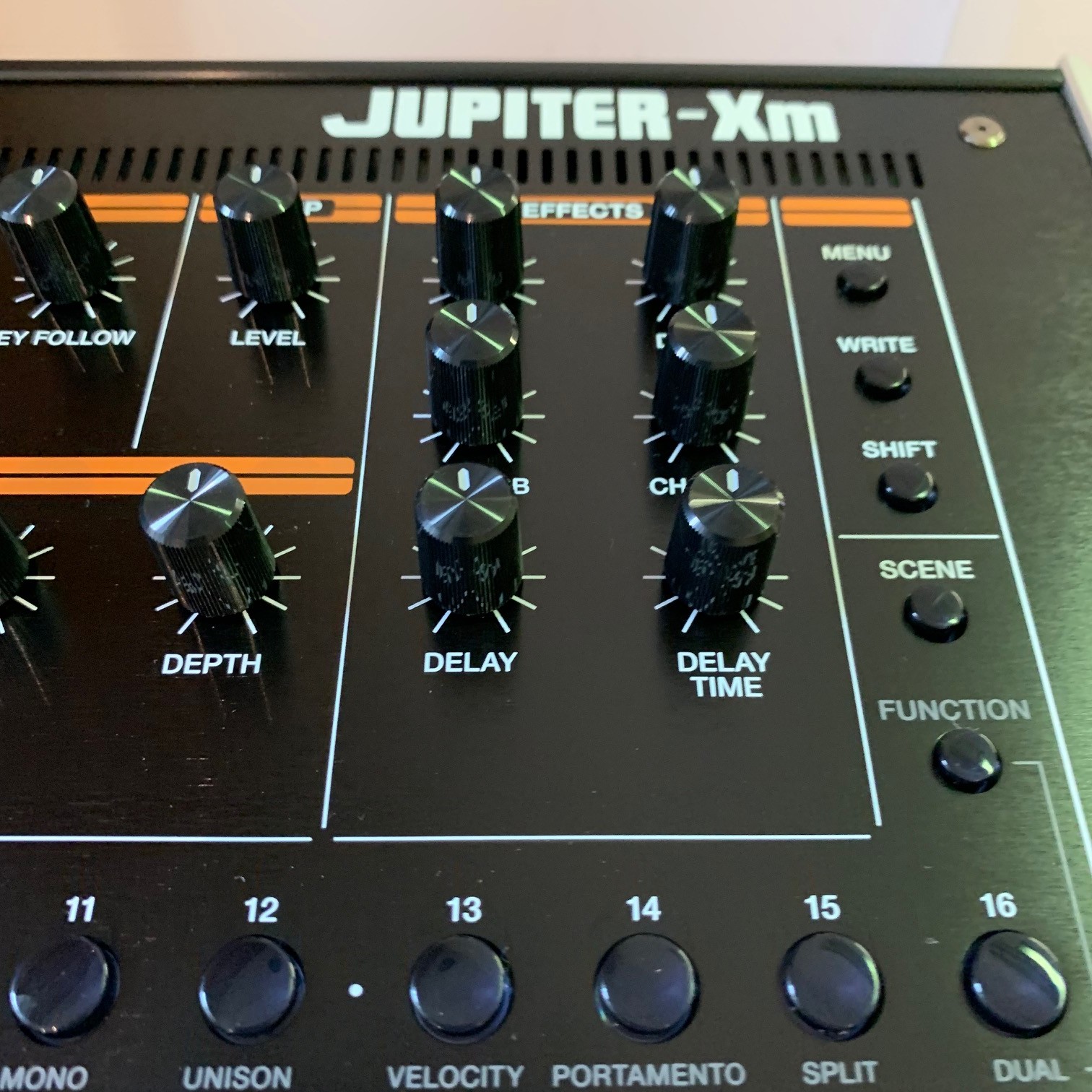 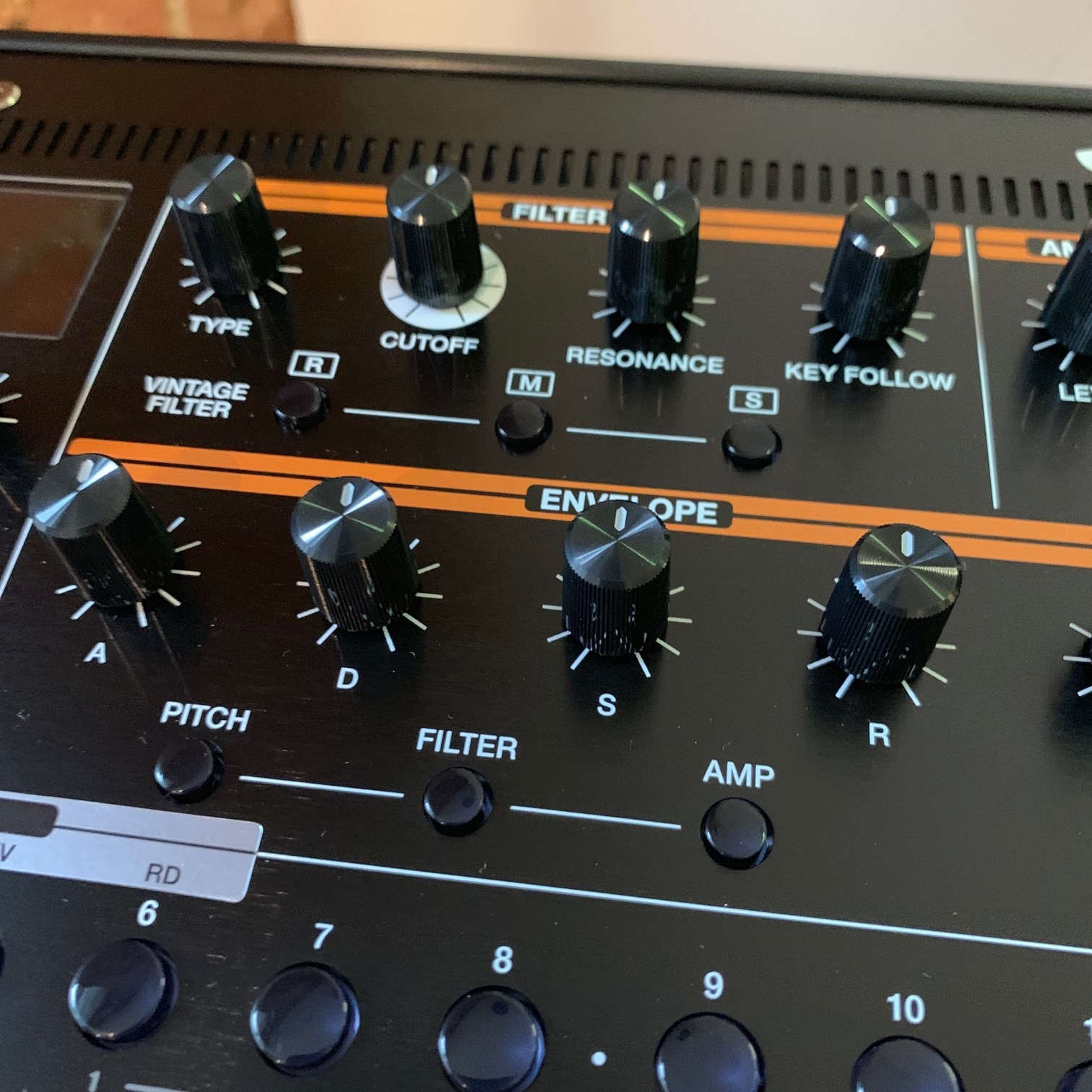 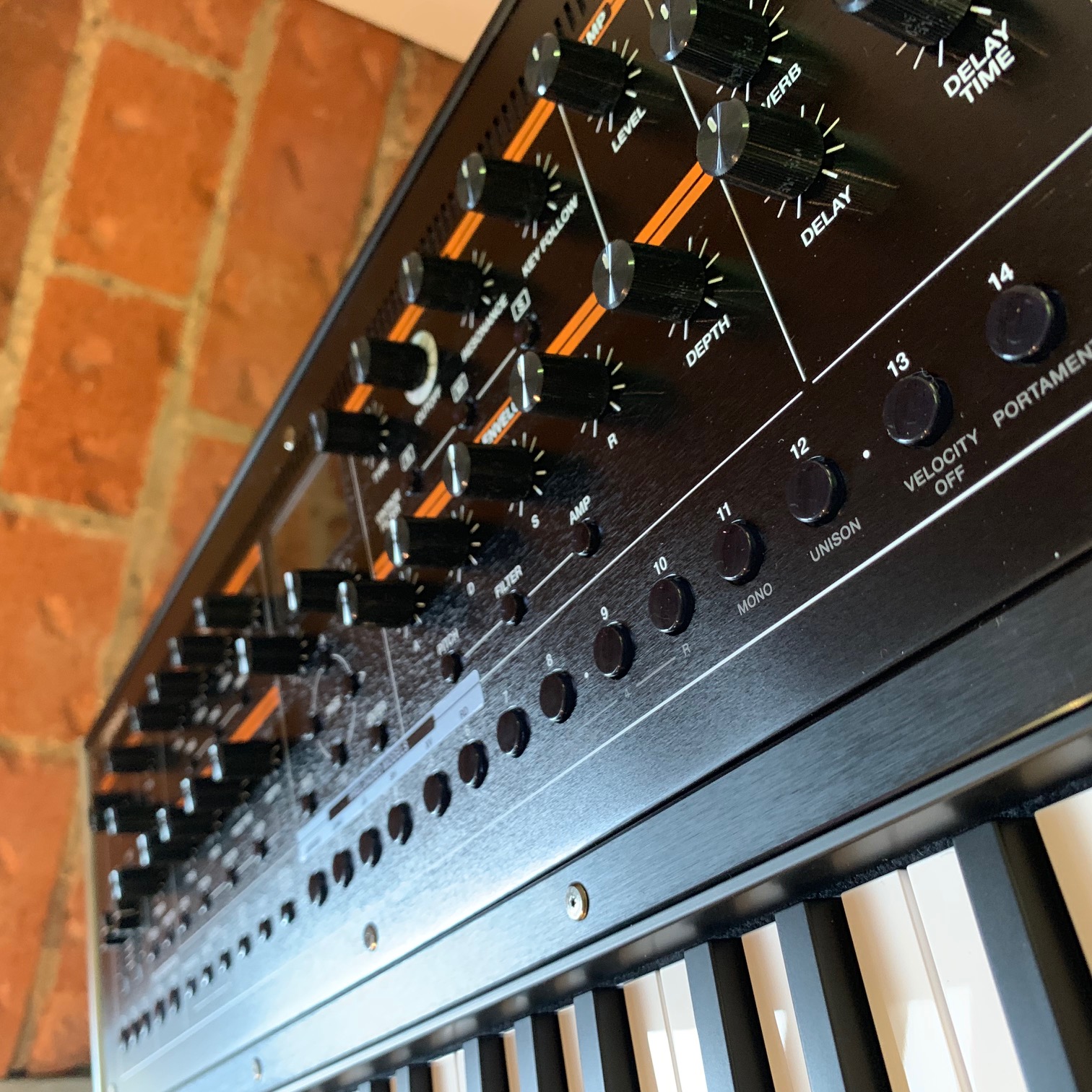