Ten years on since its release, Teenage Engineering’s mini synth workstation remains as enigmatic, as inspirational and as controversial as ever. In the first of a new series, we look back at one of the instruments that has helped define 21st-century music making.

This month marks ten years since Teenage Engineering unveiled a working prototype of the OP-1 at the 2010 winter NAMM trade show in Anaheim, California. We’d already seen a non-functional unit at the 2009 Frankfurt Musikmesse show, but to put the shockingly original design into context, it was widely believed that the OP-1 would prove to be vapourware: bold promises that would never be backed up by a real product. 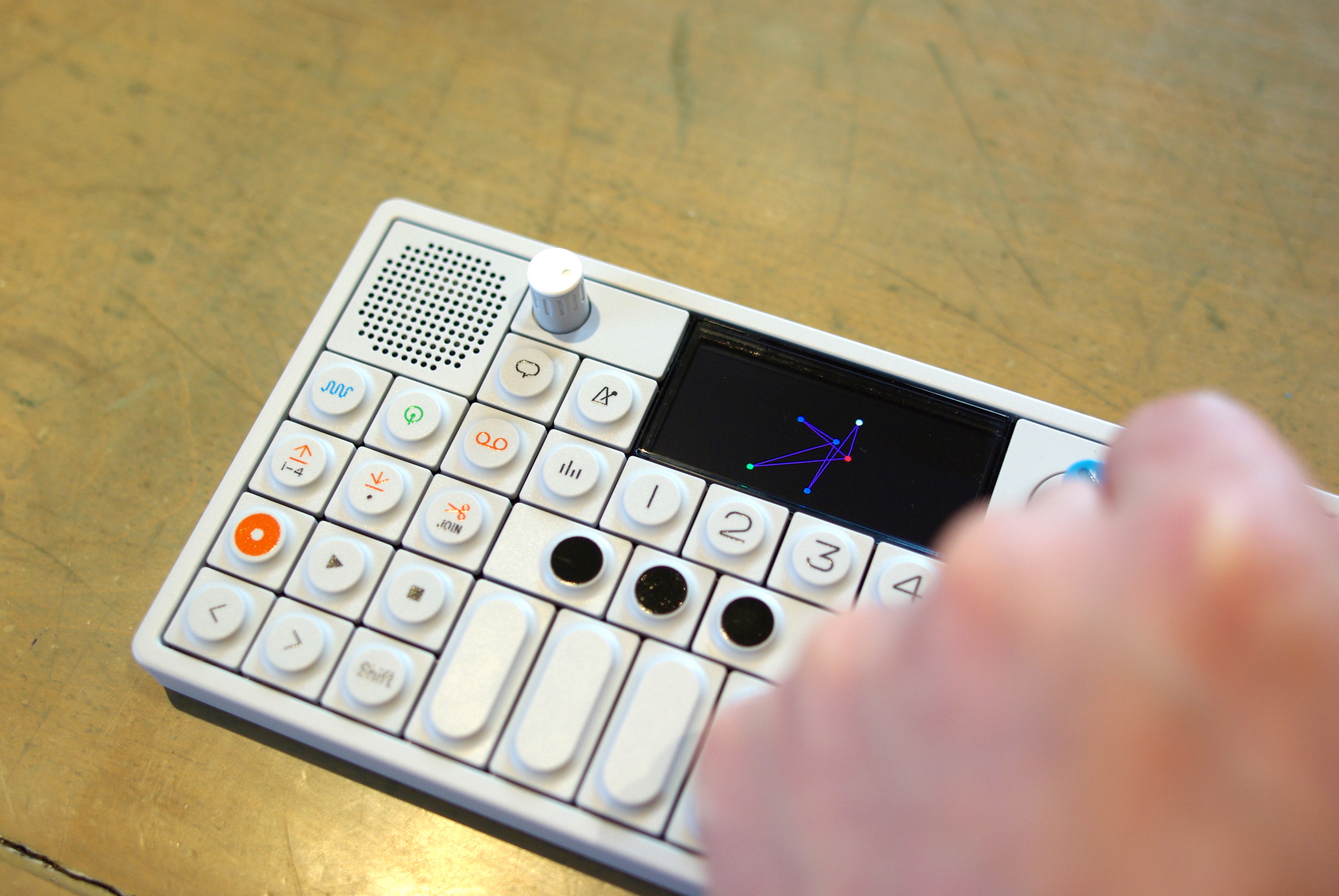 Teenage Engineering was an entirely unknown company at this point, purportedly operating out of a garage on the outskirts of Stockholm and run by someone from the fashion industry (company co-founder Jesper Kouthoofd was formerly an ad agency art director and also one of the founders of Swedish fashion label Acne). A fairly large proportion of tech journalists doubted that the OP-1 would ever actually go on sale; surely there was no way this bunch of newcomers could follow through with their claims that they’d be able to pack synthesis, recording, sampling, sequencing, drums and effects into this tiny little box?

Looking back, it’s notable that the 2010 prototype – and, indeed, the 2009 mock-up – look almost identical to the finished product that’s still on sale today. The machined aluminium body of the unit gave it the kind of build quality and luxurious feel you’d expect from a MacBook rather than a portable instrument; it still feels like a premium product, light years ahead of almost every other synth on the market. The design was strikingly original back then, and still stands out as something unusual, with a colour-coded control system for the key parameters, built-in speaker and microphone, and a stark function-over-form aesthetic that breaks with vintage synth traditions; it’s safe to assume that the design reference points were Dieter Rams or Bauhaus rather than old Moogs and Rolands. 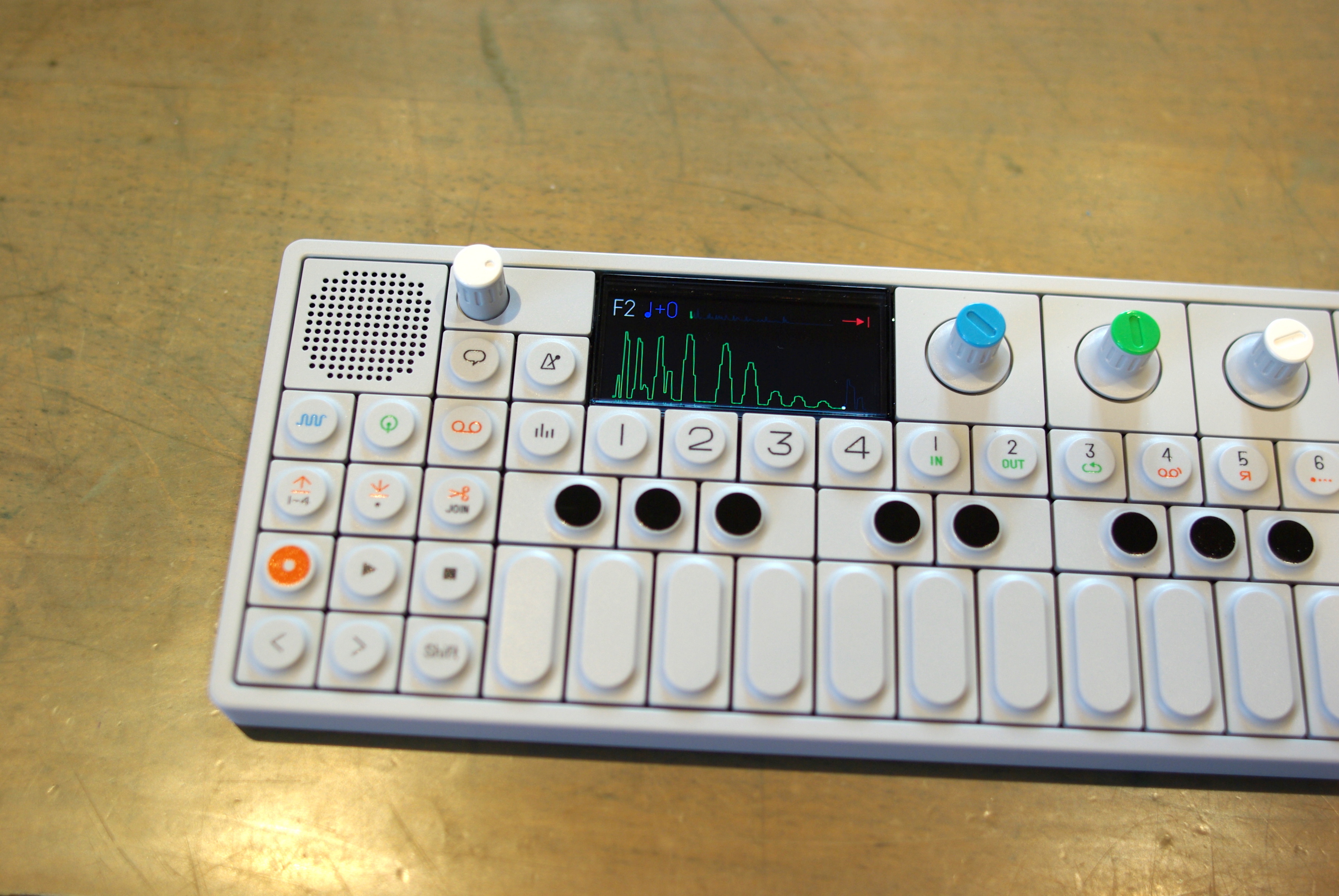 The AMOLED screen is the key to the unique musical approach of the OP-1, giving crisp, clear feedback on all the functions via a series of unorthodox line drawings and diagrams. It’s like a parallel universe in which synths have a sense of humour and a playful approach. Arpeggiators are represented by a pair of Kraftwerkesque characters robotically prodding at keyboards; drum sequencing is a pair of gorillas sitting at drum kits; recording, looping and sequencing are handled by a virtual open-reel tape machine. All of this is backed up by a comprehensive array of digital synth modes split into a series of contrasting engines (FM, physical modelling, virtual analogue and so on), plus versatile sampling options and effects. 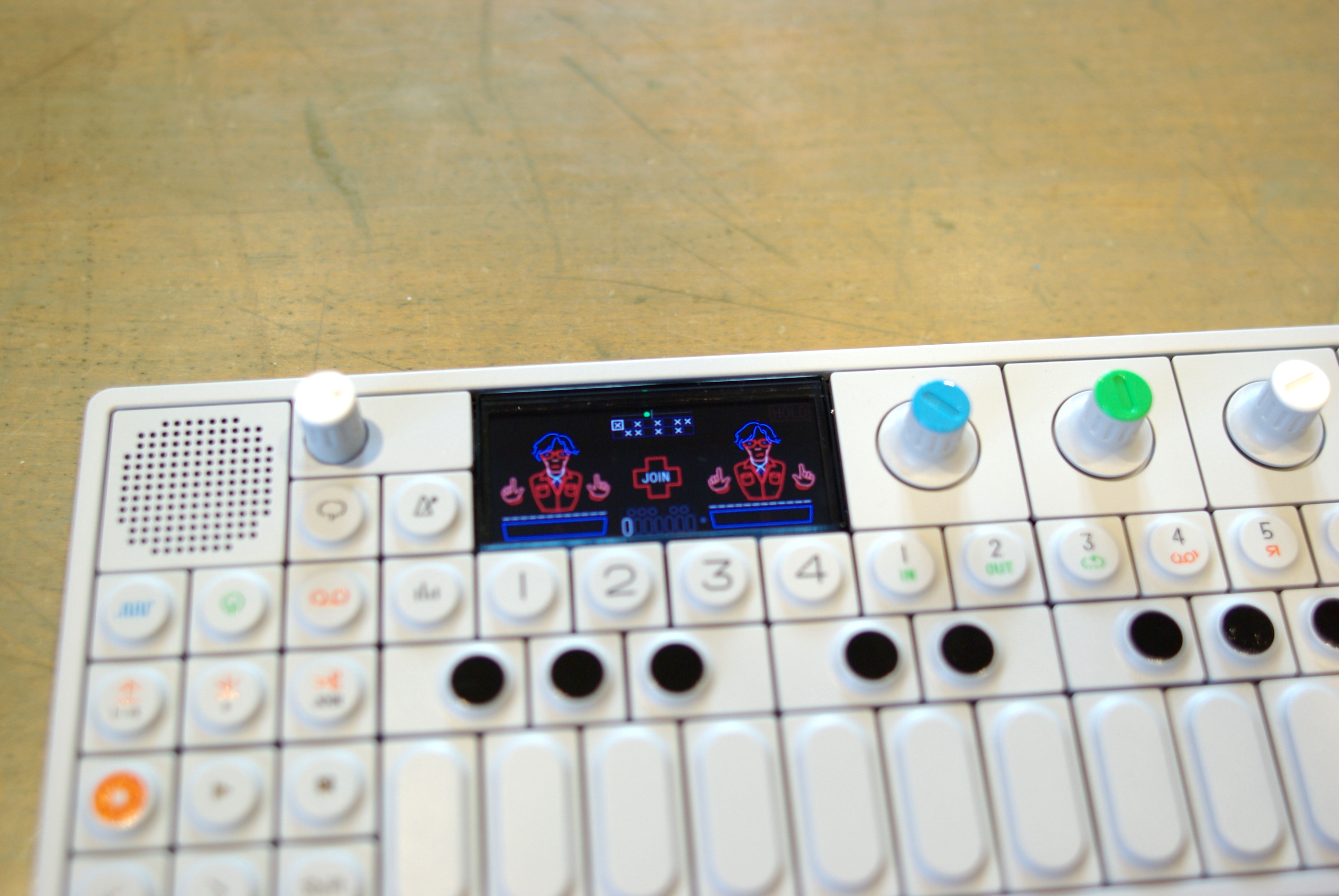 It’s hard to assess the impact of the OP-1 on the way we make music. Although it would certainly be entirely possible to create music from start to finish with the instrument, like some kind of mad twist on the old 80s workstation concept, it’s likely that the majority of owners use it more like a sketchpad for hashing out rough ideas, making music while travelling or breaking out of creative ruts.

Perhaps the bigger impact is in terms of how the OP-1 has influenced other products. The playful approach has filtered down to Teenage Engineering’s own Pocket Operator instruments, of course, but can also be seen in software plugins, creative iOS apps and even the occasional hardware instrument. Anecdotally, the OP-1 regularly crops up in conversations with synth designers and software developers, hailed as an example of innovative, forward-thinking design and unbounded creativity. 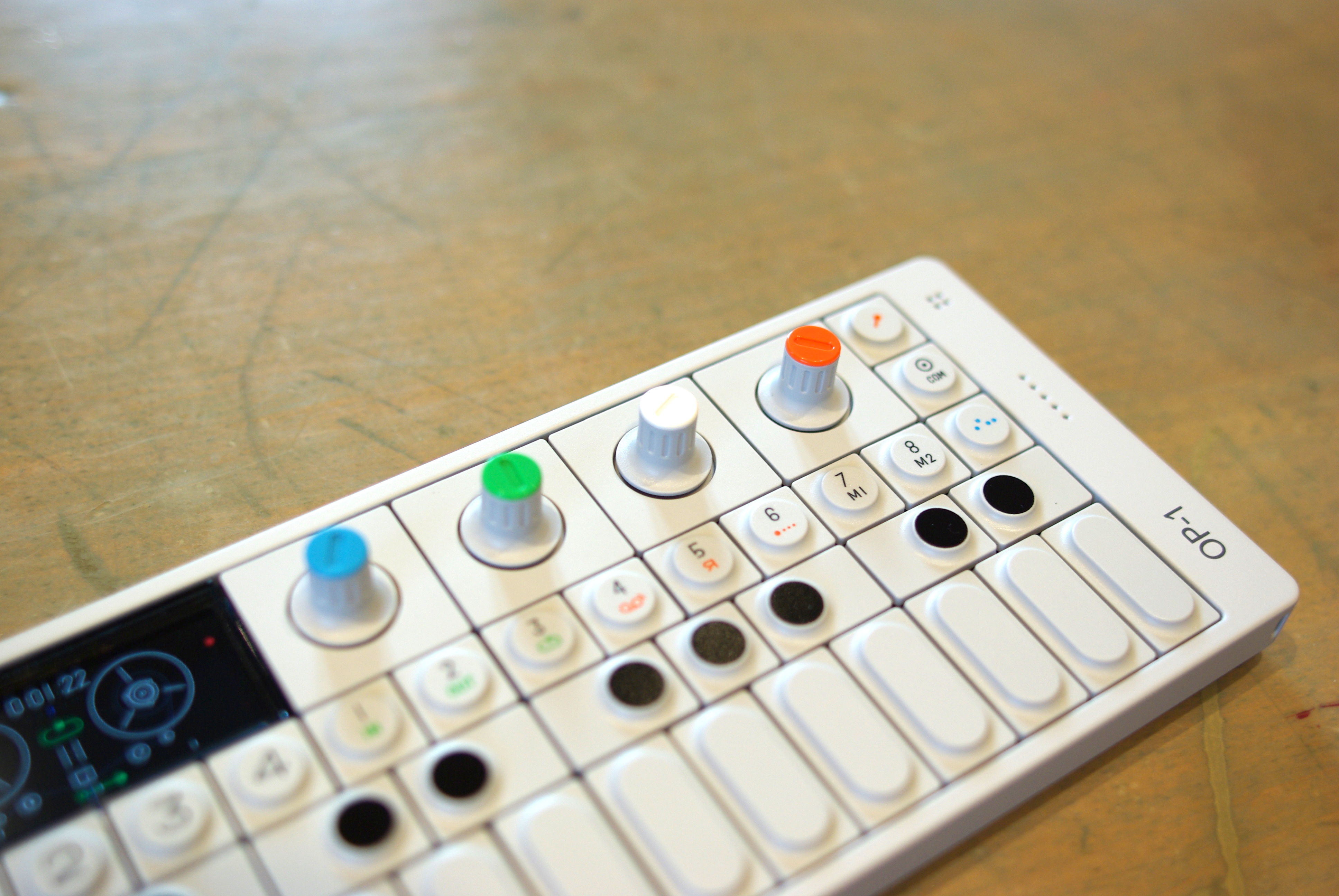 You can quite easily read through the OP-1’s spec sheet and question the omission of features you’d find as standard on much cheaper instruments: the unusual push-button keys aren’t velocity-sensitive, there’s no traditional sequencer as such and the tape-based approach requires you to edit and splice like an old-school tape op. To criticise on that basis would be to miss the point entirely; conventional synths already dominate the market, but the OP-1 is a conscious effort to rethink all the conventions. How many synths can you name with an FM radio to sample from, a dedicated Help button to show real-time tips about every feature, or a gyroscope to control physics-based sequencer engines? There are also aspects of the OP-1’s approach to sustainability and inclusivity that still feel ahead of the curve, from the recycled Paperfoam packaging the unit ships in to the braille inscription on the back panel to aid visually impaired users. 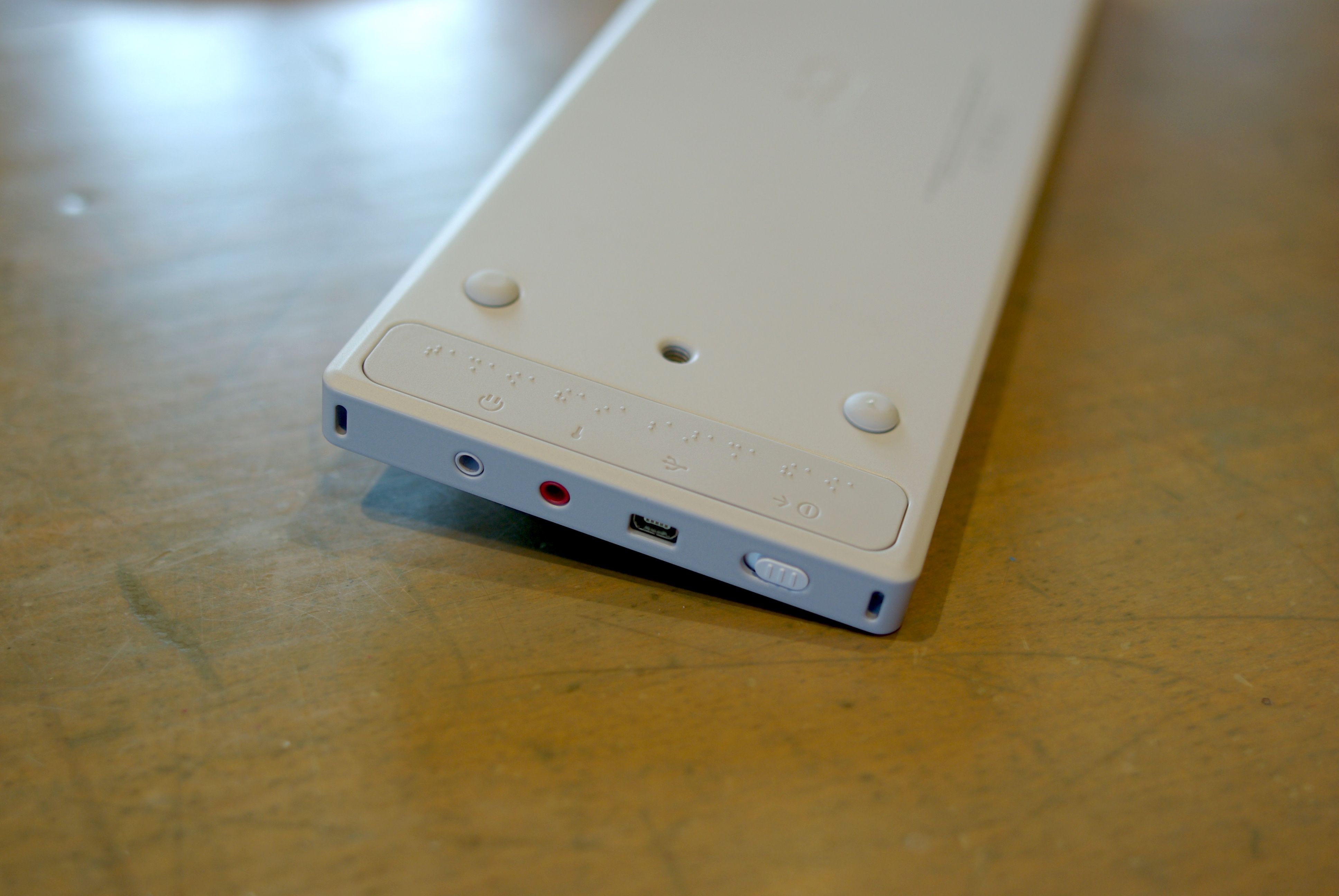 When the OP-1 briefly went off sale in late 2018, there were rumours that the model had been discontinued and secondhand units began to change hands on eBay for more than their original retail price. The truth was that the tooling and manufacturing had become outdated and the company were rejigging their process to ensure the OP-1 could remain in production for years to come. When the model returned in early 2019, the only real criticism was that the price had been increased to reflect inflation and exchange rate fluctuations. The OP-1 has never been a cheap instrument, and cynics always argued that it was a bit of a luxury toy for wealthy producers. To some extent that might be true, but for those who click with its approach, it’s also a genuinely inspiring and usable instrument.

The OP-1 is completely unique. At the time of its release, we knew we were in the presence of something unusual, but little did we know just how much it would stand out on its own a decade on. The rest of the industry still hasn’t really caught up.