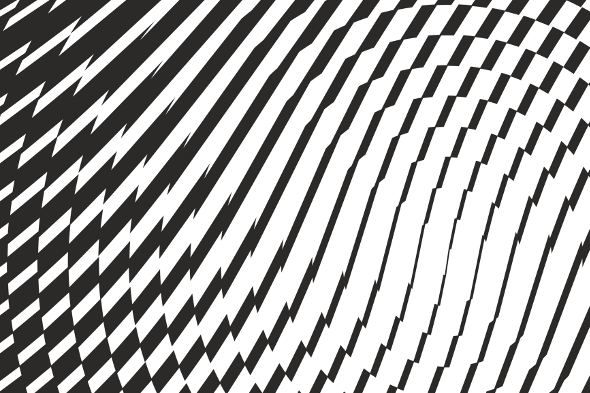 Too often labels can become stagnated with the same tried and tested (albeit quality) productions from some of the scenes long-standing veterans. Berlin based label Nous take a different route; regularly providing a platform for unknown producers amidst the occasional Call Super or Karen Gwyer record. George Mavrikos spearheads Nous, and along with the collaborative effort of friends and artists he’s built a label that sets an example; dig around, talk to people and get involved in the scene in order to discover the freshest sounds. The time and dedication he commits to sourcing music is nothing short of astounding, the results of which are clear from the back catalogue of largely unknowns that make up the label. 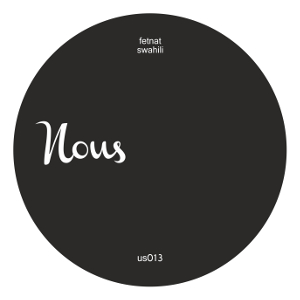 This trend continues with their latest effort from Lyon-based Fetnat with his Swahili EP. Having only ever released one track on an un-labeled compilation back in 2013, Nous maintains their modus operandi with five tracks of uniquely mind-bending techno vibrations.“BB2” opens the record with a resounding kick-drum, gritty rolling textures and squelching snare drums, rapidly lifted by the hollow synth work that periodically shines through the beat. This is a stomping march through darkened woods, the hidden creaks of night rustling in the undergrowth while ghostly war-cries sound off in the distance. The track quickly breaks down into disjointed woodblocks tentatively drawing attention amongst the continuous percussive hooks – at any moment the rhythm feels like it’s going to fall apart before giving way to jaw-dropping techno. The almighty shakes and coarse, abrasive percussion drive the entire onslaught forward. An almighty techno find from Nous and an outstanding opener for a debut E.P.

“Ddar” offers a picture of mutant machinations in dank tombs deep within the Earth. Another great mixture of industrial percussive sounds with natural textures framed within the context of ‘good ol’ hammering techno’. Demented clock sounds stutter between the driving beat as more crashing highs rain rough textures over the whole composition. At times, “Ddar” sounds quite erratic and takes some listening to wrap your head around Fetnat’s intentions; the harsh vibrations and unusual composition both adding the necessary elements to delve into the realm of dark, experimental techno. You could easily imagine this being on a L.I.E.S. or TTT record.

Completing the A-side, “Kaoti” drops you into a controlled storm of overwhelming metallic sounds punctuated by a soulful voice echoing from deep beneath. By the very dint of their brightness the gleaming pads cut through the rough-edged textures, combining to create what is the most touching Fetnat production here. That undecipherable vocal and the sparkling keys bring to mind some of the earlier Moodymann material, whilst the beautiful breakdown that signals the end of “Kaoti” offers a perfect contrast to the bluntness of the opening minutes.

Flip the record over and we find Fetnat in stripped down mood on “Devol.” Gone is the pomp and flair of the previous three tracks; in their place is a real bare bones box jam that leaves little to the imagination. Strong computer-driven percussion thrusts “Devol” inexorably forward, Fetnat laying down Kraftwerk-esque modulation over the hammering kick drum. It’s a nightmarish cacophony of sounds from the producer and sets the mood for the EP’s finale. There is an insidious feeling running deep through “Rotel”, pads stutter and the sub-driven kick drum teeters whilst Fetnat toys around with what sounds like a radioactive siren.