With a consistent, unflashy approach to presenting his craft, it can sometimes be easy to overlook Benjamin Brunn. The Hamburg-based producer has been releasing music for the best part of 20 years, although it is primarily since his collaborative work with Move D around 2008 that he has been more publicly visible, and yet he remains something of an outsider proposition. Musically, his is an easy confection to love, dealing in well-rounded, melodically rich electronics with an understanding of groove and enough kinks in the composition to hold your attention. 2012’s A Sun Life LP on Third Ear served as a perfect distillation of these qualities, sporting as it did a warming balance of techno and house laden with plush synth lines. 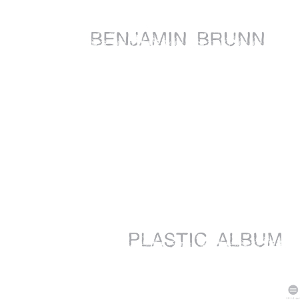 In a way, A Sun Life is such a satisfying listen that you’re not left curious when further material surfaces, even if the deeper, largely beatless follow-up Drop on Kimochi marked a thoroughly different proposition. However, such an attitude is a huge disservice to both your own ears and Brunn’s continually inventive approach as a producer, as the somewhat uninspiringly-titled Plastic Album further attests.

There are of course certain characteristics of these eight new songs that instantly identify as Brunn’s handiwork, not least the fulsome chord that pings out on opening track “Plastic”. It’s the kind of tone that’s more harmonious than you would expect from most modern techno, but too alien for a run of the mill deep house jam, and it’s in that conflux that much of Brunn’s work exists. There are whispers of live tweaking at work for most of “Plastic”, but it’s in the latter stages that the track becomes a far more intriguing proposition as the synths start to bend out of shape and a delirious arpeggio comes careering into earshot. From here onwards the album becomes less a comforting familiarity and more of an exciting experience.

Such a switch up in arrangement content speaks to a feistier approach in the studio, and its apparent elsewhere. “Young and Flashy” is a fierce, bubbling slice of acid disco with a snappy clap that channels boogie and an array of synth lines that slop all over each other, while “Dani” diverts purposefully away from the usual harmonious realms of most Brunn output to revel in atonal bleeps that cavort around a tight percussive line. It feels as though the artist is purging something in these snarling, abrasive synth lines, and yet it still retains that shimmering veneer that makes his music easy on the ears.

“Raider Not Twixt” is perhaps the pinnacle of this discordant approach that runs through much of Plastic Album, pivoting on a sharp electro structure and pinging the tones around the mix in a playful manner that demands attention at every turn. It’s a dynamic, devilish track that assuages any preconceptions you might have about Brunn making persistently ‘nice’ music. That’s not to say there aren’t moments of beauty to be enjoyed on the album either. “Developers Live” swerves through an undulating pad tone that comes on like a firm embrace, while “Freerotation” has a lilting aqueous grace within its Drexciyan form, but even in these instances there is a touch more bite, an off-key line or a nagging squiggle seeking to disrupt the accord.

As ever then, Brunn has delivered an album that works just like an album should, full of diversity, surprises and some notable peaks. The sound is still resolutely his, and as such the production continues to be impeccable, but in many ways Plastic Album serves as a reminder that beyond that consistency, Brunn’s imagination continues to yield fantastic results. It may not attract the kind of hype that other artists manage, but in some ways that only adds to the appeal of honest music such as his.