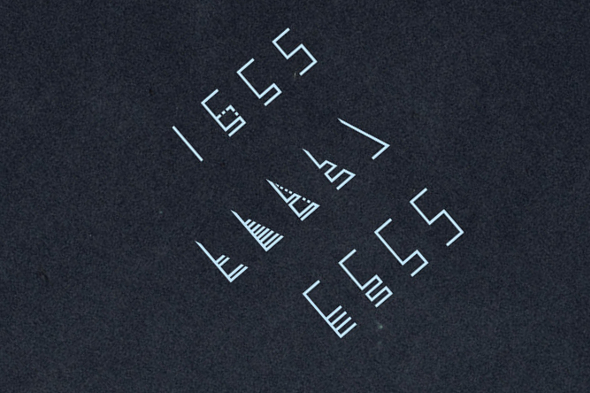 Much has changed in the four years since Samuel van Dijk unveiled his debut album under the VC-118 alias, the Lunar Disko-released International Airlines. While Britain, in particular, basked in the feel-good glow of the London Olympics, the Dutch producer’s dark, paranoid and intoxicating blends of razor-sharp electro, pitch-black techno, dubbed-out soundscapes and ghostly IDM seemed out-of-step with the prevailing mood. Since then, the winds of change have blown through Europe, the Middle East and the United States, and van Dijk’s undeniably bittersweet music suddenly feels in step with our troubling times. 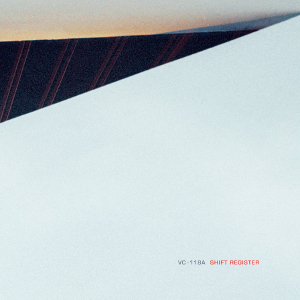 Of course, the nature and style of VC-118 releases – and there has been a clutch of fine EPs for Delsin, Lunar Disko, Radio Matrix and Tabernacle since the release of that impressive 2012 debut LP – has barely changed, it’s just that they now seem far more prescient.  The Dutch artist has always made music that’s unsettling, foreboding, and poignant, but now it feels wholly fitting: as the World frays at the seams, van Dijk stands at the fringes, shaking his head at the carnage unfolding before his eyes.

At least that’s the impression this writer got from listening to Shift Register, van Dijk’s long awaited full-length follow-up to International Airlines. It begins with the flotation tank electronics, shuffling drum machine rhythms and claustrophobic dub techno textures of “Opaque” – a melancholic, world-weary scene-setter that ranks amongst the album’s finest moments – and finishes with the bubbling, Boards of Canada style IDM beauty of “Warp”, which offers a glimmer of hope for what lies ahead.

In between, van Dijk moves through the gears, seemingly keen to showcase the breadth of diversity of his acute musical vision. He dives deep into dub techno/electro fusion waters on the ghostly, otherworldly sorrow of “Input Mode”, does a passable impression of Selected Ambient Works-era Aphex Twin on the hypnotic and dreamy “Frax Sine”, and explores distant galaxies with the stretched-out ambient chords, white noise-inspired rhythms and heart-aching melodies of “Infinite Figures”.

It’s the true standout moment and title track, “Shift Register”, that perhaps offers the best summary of not just the album as a whole, but also the fractured, divided world in which it exists. Rhythmically, it’s sparse but weighty, with van Dijk casually emphasizing clicking hits and icy cymbals. The chords and pads are foreboding and unsettling, but remain oddly beautiful. Then comes the crowning glory: breathtaking melody lines than seemingly cascade from the heavens. There is hope, however faint, amongst the challenges that lie ahead.