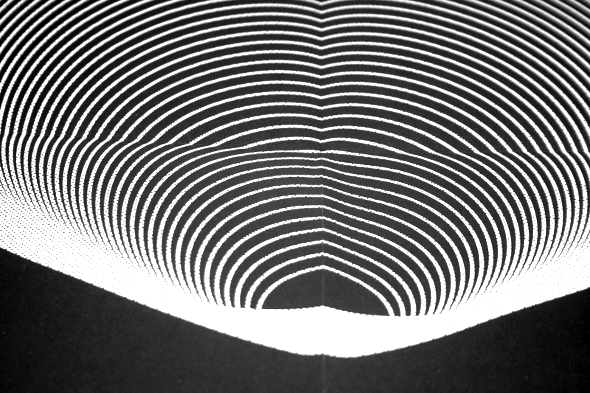 When Red X dropped on Blackest Ever Black last year, it felt like a truly exciting cementing of the promise Ossia had been showing in his actions within the Bristol music scene up until that point. From his Young Echo dalliances (not least his deadpan mic ramblings during their radio shows and club nights) to his own Peng Sound! dances and on to the No Corner label and Rwd Fwd online store, expectations were always going to be high for such a figure’s debut release. Red X, in its creeping, seething malaise, was a startling debut that quite simply nailed the notion of a next step in that iffy Bristol Sound concept. 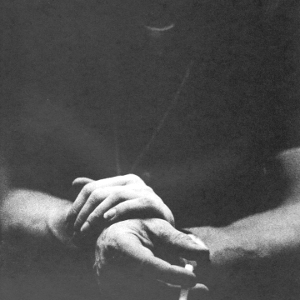 Some might proffer indignation at the whole Bristol Sound tag – it’s certainly a product of those loathsome music journos with too much typewriter time on their hands – but in the lineage from Smith & Mighty and Wild Bunch on to Roni Size, Pinch and Pev and onwards, there was something genuinely rootsy about Red X that rears its lumpen, gloriously moody chops once again on this mighty double pack for Berceuse Heroique. ΚΕΜΑΛ’s label has not been shy to mine the West Country for some its most talented contemporary progenitors, from Hodge and Rhythmic Theory to Gramrcy, but Ossia has an innate dubbiness that feels more ‘Bristol’ than anything else has felt for some time.

Still, geography is but a small part of the story – what really matters here is sonic content. The premise of the original versus version format is of course steeped in soundsystem tradition, but what is most pleasing about Ossia’s particular adoption of this practice is his lack of trite throwback moves. “Control (Version)” is far from a straight up dub of its master, but rather a daring, borderline ambient piece of its own.

Before we get on to that though, the original needs to be considered in all its wild, untamed glory. It’s an undeniably weird track, starting in a beatless bath of warbling synth tones that seem like deliberate mistakes left sitting in a spacious mix, and the rhythm itself teases into life in a most unhurried of ways. As such, when it hits, the strange phasing tone in some ways distracts you until you notice your head is already nodding to the bassline. It’s only once the madcap upper register lick whips in that the mind locks on and the ride starts in earnest. From there, the premise is simple; the groove on track and the space filled with varying shades of synth hum and fuzz, and it’s absolutely perfect. At times it feels sweet, at others off kilter, but always executed with lackadaisical flair.

Where the original is all fun and games, the “Version” strips things down to a skeletal grimness populated by white noise effects tails cutting a course through the gloom. There is a pulse to speak of, but it’s a subliminal one. It may never rock a dance like the original, but the atmosphere shaped out across the bleak nine minutes is an immersive one.

“Information” too provides a foil to the boisterous charms of its predecessor, heading into an abstract space just somewhere to the left of instrumental dub. It’s a track that takes at least a third of its runtime to fully reveal itself, concurrent with all the long run times of the tracks on this EP. When it does take shape though it’s a powerful presence driven by a steady trucking beat and an otherworldly synth. There’s something almost nightmarish about the peal of that lead, but its delivered with a cool head that masks its menace behind a veil of allure. In such ambiguity is the most engrossing music made.

As if making up for the mixed bag of emotions that its original conjured up, “Information (Version)” closes out the EP with one of its most arresting, on point expressions. The edges melt away in this blissful meditation, the sub bass undulating underneath a reverb soaked sky peppered with plumes of smoke and occasional explosions. It’s music that heals through its sheer serenity, but this is far from standard chill-out territory. A pervasive darkness still lingers throughout, the sinister tone of the original still present as it should be in a ‘version’, but the dominant force is one of oceanic calm.

Compared to writing about so much other music, this isn’t the kind of subject matter that warrants obvious reference points to other existing music, and therein lies the power and indeed charm of Ossia’s second fully fledged solo release. If one were to clutch at a marker it would be somewhere close to the calmer moments on The Bug’s landmark Pressure LP, a subtle industrial pallor strapped to authentically grounded dub principles. Even that feels like a stretch though – Ossia is doing his own thing here and it’s marvelous.