HOLOVR – Soundscapes from the margins 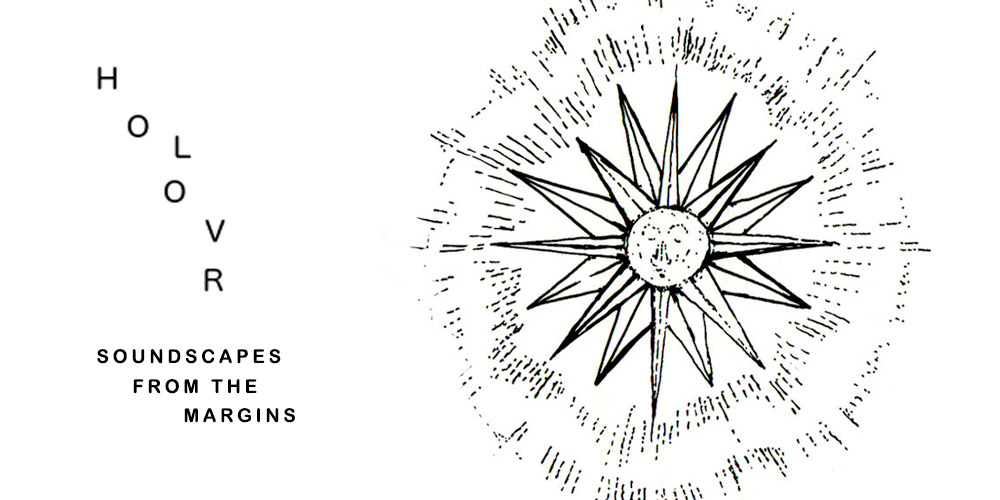 Indole Records founder Jimmy Billingham recounts the steps he’s made for his music to reach a state of beatless bliss.

Jimmy Billingham answers the phone enthusiastically, but with a slight air of weariness. It’s half seven in the evening, and he’s just got in from his straight-laced, nine-to-five day job. “I’m not all about my day job – I need spare time to do music,” he says. “It’s a bit of a struggle as it is.” Billingham is representative of a lot of artists working in electronic music’s margins. As much as he would love to devote his days to crafting “space ambient” and melodious IDM, he needs the security of a full-time job to enable his passion. Even so, he’s still managed to be especially productive over the last few years, releasing a string of cassettes, CDrs and, most recently, vinyl EPs under a number of aliases.

“I’ve probably slowed down a bit over the last three years, when I’ve been working full time, rather than freelancing,” he admits. “Before that I was at Uni for years, doing my PHD. I don’t know whether there’s a correlation between that process and my output. I guess there could be.” Billingham is 35 years old, and it took him a long time to develop into the artist he’s become. While now firmly established as “one to watch” in the ambient scene – thanks, primarily, to his work under the HOLOVR guise – Billingham has been making music since his teenage years. Initially, he played in bands, but ditched the bass guitar for a music-making PC after realising his interests lay in electronic music.

“I took an evening course in how to use Cubase – it sounds really archaic now,” he tells me with a laugh. “This was the late-1990s, I guess. As well as the computer, I had a little MIDI keyboard, some software that would allow me to program a beat as if I was using a drum machine, and a Minidisc to record onto. The music sounded pretty raw as a result.” To begin with, Billingham’s musical explorations lacked direction. He was inspired by dubstep, so tried his hand at that. Later, chiptune – created with the aid of old Gameboy handheld consoles – became his passion. Eventually, he decided to try making music with outboard hardware, rather than computers. It was a revelation. 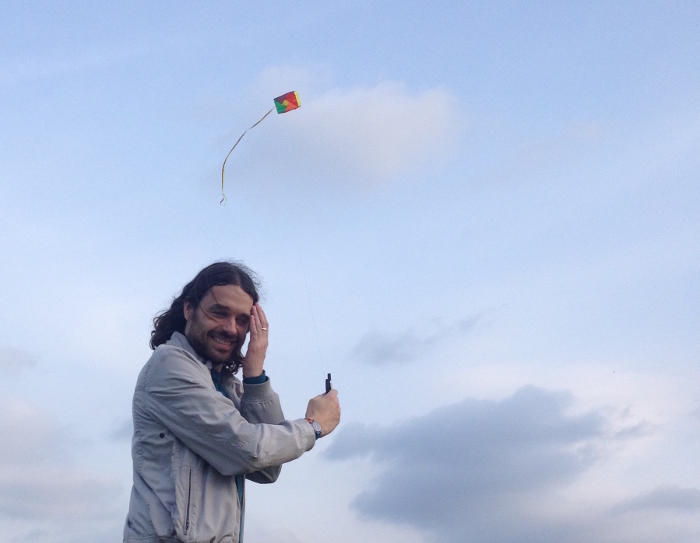 “When I bought my first hardware synth, I realised it was probably something I should have done about 10 years earlier,” he says. “The thing is, when you first start making music, you’re always a bit of a victim of what’s happening around you. When I started, everyone was using digital synths, rather than analogue. The soft synths sounded pretty good. I’ve got nothing against using software, but it doesn’t really fit with my workflow.” Just as he began to become more confident about his own productions, now becoming increasingly experimental, Billingham also stumbled upon the US tape scene. It would change his life. “It was all that ‘new’ new age and ambient stuff, that had come out of the noise scene,” he enthuses. “I remember coming across these weird tape labels, that were being run through blogs, and advertised through profiles on MySpace. There were a couple of message boards, where people would chat and arrange to exchange tapes. Although it had been going on for a while, that world was all new to me.”

It had all come out of the US noise scene, which he wasn’t aware of, or later particularly into, “but when it started to go into mellow ambient, mixed with the lo-fi aesthetic of tapes, really connected with me. That was what kicked off a lot of stuff for me,” Billingham says. It was partly the DIY nature of the scene that appealed to Billingham. “It was music that didn’t rely on having particular production skills or hardware – it was just about the vibes,” he says. “That was great, because it meant you could become part of the scene. I sent a demo to one of these tape labels, they were into it, put it out, and that kicked off a whole load of stuff.”

His first release came in 2010, under the Tidal alias; further experimental explorations followed under that name, for such obscure cassette-only outfits as Sacred Phrases, Tranquillity Tapes, Full Of Nothing, Chemical Tapes and Hobo Cult Records. By the time he began donning alternative guises a couple of years later – Holographic Mind, Journey of Mind, and Venn Rain included – Billingham had already built up an impressive body of drone releases. 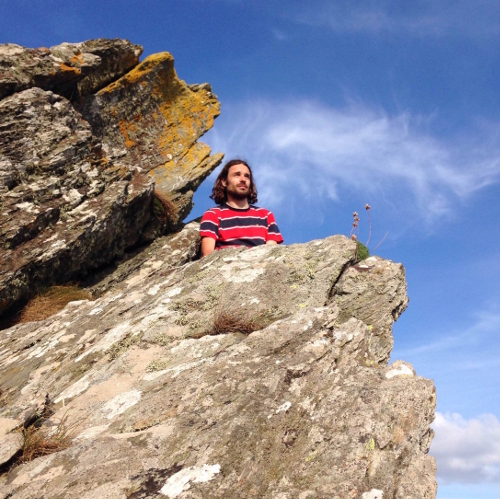 “I definitely considered myself to be an ambient drone artist at that time,” he admits. “I really like those zones that you can create with that music, and the moods. It’s quite hypnotic. I’m not sure it’s a million miles away from what I’m doing now – there are certainly elements of it in my more recent material”. Arguably, Billingham’s breakthrough came when he signed to Opal Tapes – undoubtedly the most-high profile of all the imprints he’d released on to that point – and delivered the first HOLOVR album, Lunar Lakes. Like his previous work, it was fuzzy, distorted and lo-fi. Yet it was also different, eschewing the slowly shifting textures of drone in favour of ear-catching electronic melodies, ghostly pads, and IDM style rhythms. While the album felt fresh and new, there was no escaping Billingham’s love for the music that it had partially inspired it: 1990s ambient and intelligent techno.

He bristles a little at the suggestion. “That’s not something I set out to do – I don’t think anyone making music sets out to make a certain sound,” he asserts. “Perhaps the music you cite, from the 1990s, is in there, and is conceivable as an influence, because it’s music that I was inspired by, and still listen to. What’s great about music from that period is that it doesn’t feel nostalgic. That music has an emotional resonance that I connect with.” He pauses for a moment, as if carefully considering how to explain his thought process. “It’s hard to talk about these things, because they’re quite abstract, but maybe it’s those same feelings I try to evoke in my music, rather than setting out to sound like a certain act or record,” he finally says. “For me, some electronic music from that period is timeless. It’s almost out of time, on its own, without wanting to sound too mystical. There’s something there that touched you when you first heard that music, for whatever reason, and it’s still possible to tap into that.”

There’s certainly a timeless, emotion-rich quality about much of Billingham’s work as HOLOVR. It shines through the crunchy, Autechre-style beats, ambient-era Aphex Twin soundscapes and Boards of Canada melodies of 2014’s Holo Earth, and seeps out of the undulating acid lines, psychedelic lead lines and shuffling drum machine beats of 2015’s Line Of Flight (his first outing on vinyl, on the Indole Records imprint he established with partner Jennifer Couch). It’s there, too, on his most recent release, the superb Trace Realm on Lindsay Todd’s Firecracker Recordings.

Throughout this sequence of increasingly impressive releases, Billingham’s sound has subtly altered. Beats, in particular, have been increasingly sidelined, with cyclical musical movements – be they melodies, acid lines, or chord sequences – providing the rhythmic pulse. He says this is due, in part at least, to the way he now makes music. “If you’re just looking at blocks on a computer screen, it’s not so easy to create a fluid feel,” he admits. “That’s what I think was restricting me, or at least made it difficult to get the sound I was looking for. It has been a long route to where I am now, creating ambient pieces using synthesizers. The technique has taken a while to perfect. Having the gear to do it has made a huge difference.”

Billingham’s preferred ‘technique’ involves generating sounds with hardware synths, jamming live, and then recording in one or two takes. “For the recent HOLOVR recordings, I’ve been multi-tracking a bit more,” he says. “I’ll build up the main portion of the tracks live, into the mixer, and then when I’m happy with the core elements of the tracks being there, I’ll then multi-track and build up the layers, each part at a time.” He admits, though, that this decidedly old-fashioned method is proving increasingly difficult to utilise, thanks to the increasing complexity of his music. “There’s just too much now to just do it all in one take,” he says, sighing. “I just don’t have enough hands to fade everything in and out, and change the parameters. It’s important to get the movement, sequences and layers just right. I don’t want the tracks to end up sounding too static, just because I couldn’t attend to every single instrument”.

Clearly, though, Billingham is doing something right. He not only strives to create ‘movement’ in his music, but more often than not, he achieves it. Maybe it’s the potent combination of rhythmic fluidity, and becalmed atmospherics, that makes his take on ambient music – informed as much by ‘braindance’ and IDM as Brian Eno or Pete Namlook – that makes his HOLOVR releases so attractive. It’s unsurprising, then, that the ‘soundscape’ element of ambient has long been an inspiration. “It’s the atmosphere, and the feelings they evoke,” he enthuses. “I spent years studying for my PHd, and ambient music was the only kind of music I could study to. It wasn’t just background music, though – there’s tons of ambient music that would really help me get in the right frame of mind. It wasn’t functional meditation music, but there was that element that fit with what I was doing.”

The meditative side of ambient music is something that Billingham has explored further on his forthcoming album for Further Records, which is due out later in the autumn. “What I’ve done for them is completely beatless – I don’t like the term ‘ambient’ – and was recorded live. I didn’t set out to make ‘90s style space ambient, but I guess Pete Namlook would be one comparison. There’s a lot of his stuff that I really love.” 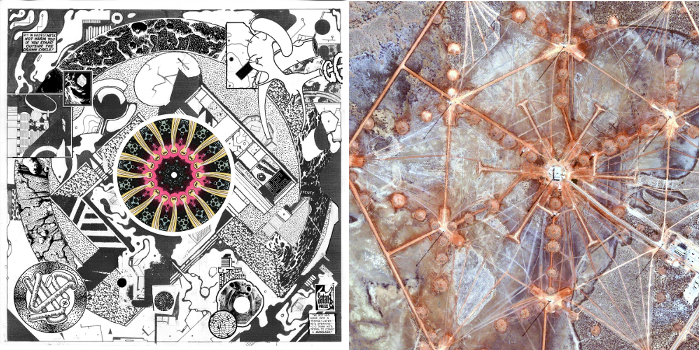 The sadly departed Namlook was undeniably one of a kind, and an interesting comparison. While Billingham would have to go a long way to match the German producer’s notorious productivity, he shares that rare ability to create drum-free music that ebbs and flows attractively. Many people try making beatless ambient soundscapes, but very few do it as well as Namlook and Billingham. “It’s definitely easy to do badly, or in an average way,” Billingham agrees. “It’s much more difficult to do well. I’ve been listening to a lot of floaty, spacey ambient, and new age records, and some of that does it really well. I’m really into what MatthewDavid is doing in that style. His recent releases in that style have been brilliant. It’s proper West Coast spiritualism.”

The Further Records release is one of a number that Billingham has lined up, though the rest probably won’t see the light of day until 2017. He’s taken a conscious decision to be more selective about the music he puts out, the labels he works with, and the format his tracks appear on. “There’s only so many tapes you can churn out before you start getting a bit bored and want to do something different,” he admits. “Slowing down has allowed me to do more actual vinyl records, and that’s what I prefer doing. By their nature, they’re a bit more special, and both artist and label puts more into them. I don’t feel like I spend any less time making music, though. Sometimes it feels like I don’t do much else apart from work and make music, but it’s my choice.”

Header art based on Illustration by Jennifer Crouch