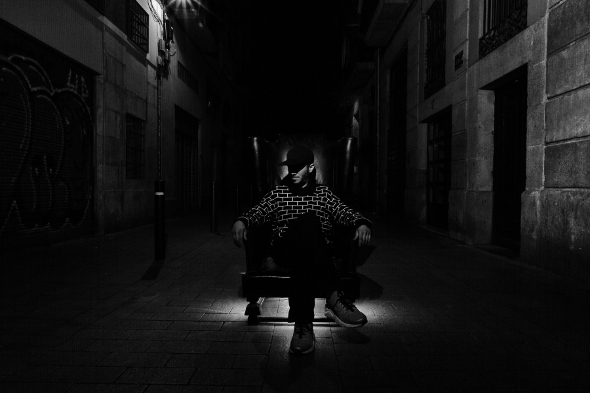 Medellin meets Düsseldorf as Cómeme seek out the Salon Des Amateurs man to remix Sano – we have the premiere.

Last week brought the welcome news Detlef Weinrich had opened up his archive of unreleased Tolouse Low Trax material spanning the past 10 years to Paris label Antinote for a trilogy of records. We noted this was coming at a time the former Kriedler band member was starting to get wider exposure for his own distinct brand of idiosyncratic dancefloor material; his Rushing Into Water 12″ for local Düsseldorf label being among this year’s best releases. A commission to remix Sano for the Colombian’s incoming return to Cómeme is further evidence of this belated and well deserved rise for Tolouse Low Trax. There is of course a shared love of electronic music production at its most basic that ensures a Tolouse Low Trax appearance on Cómeme makes perfect sense, and you could argue that much of Weinrich’s work sounds like a track from Matias Aguayo’s label played at the wrong speed.

However, Weinrich’s source material for his self-styled Tolouse Low Trax Interview Remix, Sano’s “La Grúa” is much closer to the tempo he operates at. The first tangible material since his self-titled Sano LP some three years ago, Sebastian Hoyos toys around with a famous break on “La Grúa” at a pace that would perk the ears of Andrew Weatherall. On the Tolouse Low Trax remix, the sense of space is all the more apparent and finely complemented by some creeping vocal samples – stream it in full below.

Photo courtesy of Landry A.