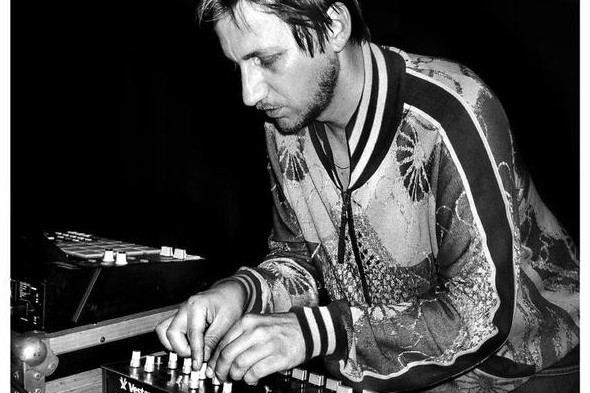 The Detlef Weinrich archive is opened for a series of 12″s on the Paris label.

We’ve made no secret of our love of Antinote here at Juno Plus; Quentin Vandewalle’s Parisian operation continues to provide us with fresh delights in the cracks between more established electronic music forms, always delivered with panache and immediacy. Most recently that has manifested in some fresh electro-flavoured wares from Leonardo Martelli and an intriguing album of ‘80s tinted jams from Australian producer Mic Newman under the Mind Lotion name. We are excited to report that Vandewalle’s next order of business for Antinote is a trilogy of releases from Tolouse Low Trax, aka the similarly idiosyncratic Düsseldorf-based artist and DJ Detlef Weinrich.

Known to many for his wayward-thinking residency at the German town’s Salon Des Amateurs, Weinrich has craftily been developing his Tolouse Low Trax sound following time spent in the leftfield group Kriedler. His work as Toulouse Low Trax has steadily amassed wider recognition, manifesting most recently in a stellar single on Themes For Great Cities and an excellent remix of Wolf Müller & Cass. forthcoming on International Feel. He also forms part of the rather excellent Toresch trio whose Essen Für Alle LP on Vladimir Ivkovic’s Offen label is among our favourites this year.

While their paths may not have crossed on record in the past, it feels somehow natural that Antinote would seek out a character such as Weinrich, with the planned Decade trilogy a rather enticing insight into the past ten years of unreleased Tolouse Low Trax material. Reportedly crafted with a rudimentary MPC, synth and effects set up, the archival series aligns with previous Toulouse Low Trax material in its unconventional rhythms and rough finish, which equally sit naturally on Antinote.

The series commences next month with the five-track Decades 1/3, with Weinrich offering the following words regarding his approach as Tolouse Low Trax: “The primitiveness in my music is linked to something simple, and that don’t have to be obligatory minimal. For me it is enough to dance rough around the core. Music you don’t shape till the end contains a moment of beauty.”

Antinote will release Decades by Toulouse Low Trax in late-October.