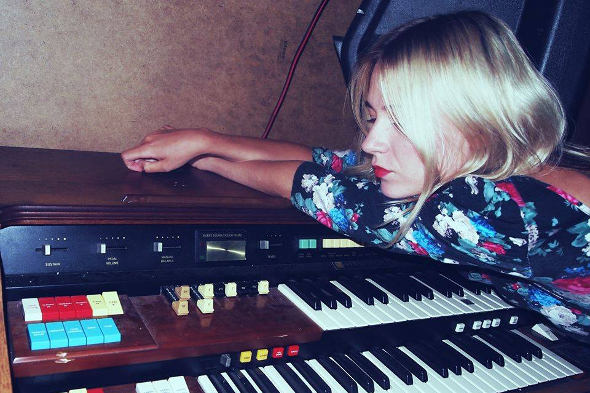 The excellent Russian selector steps out with her first productions on the upcoming From Cologne To Clone.

Now standing at its 12th edition, Inga Mauer’s Bon Voyage show for Radio Cómeme is one that constantly rewards with each listen; be it the wilful ecleticism of the debut mix or the more conceptually-driven curations that have focussed on the Bunker discography or the canon of Soviet wave and industrial music. She is also not afraid to bust out the box jams as mixes for The Calvert Journal and Death Metal Disco Club attest. Amidst all these mix-shaped transmissions from Mauer was the inference she was also amassing a body of productions, “constantly recording lunatic jams and wild rhythms in a world of no musical compromises,” as her agency, Futura Artists, put it.

Today brings the welcome news Mauer will make her debut later this month with From Cologne To Clone, due to arrive as the second release on the concept-driven HVNX division of Barcelona label Hivern Discs. As the title suggests, the six tracks were recorded during a period Mauer was living between Cologne and Rotterdam with a press release stating the music is inspired “both by the emptiness you suffer in futile non-places such as airports and the chasm you experiment in majestic scenarios as a Russian forest.” For a taste of what to expect, head over to Groove who are premiering the bouncy modulations of “Podonok.”