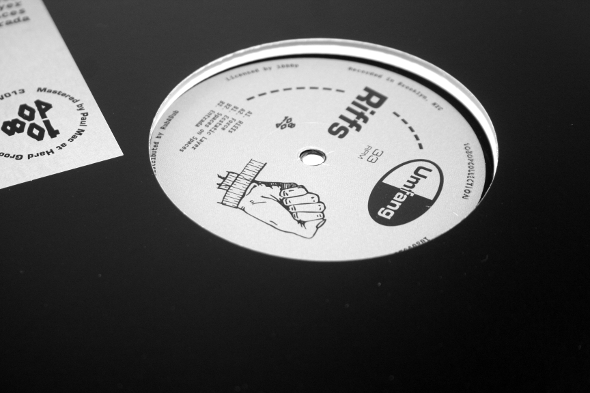 Emma Olson’s productions have always been arranged in a minimal way. Being the product of playing around with drum machines in her room, her music under the name UMFANG tends to be bare-boned and percussive heavy. As a DJ, Olson has an inclination to play hard, fast and powerful techno but her own output is a lot more restrained and slow. In 2015, she put out a group of tracks titled OK as her 1080p debut. While some may have categorised it as an album, Olson viewed it in a different light – describing OK as a collection of DJ tools. Often, her work sounds so alive. Listening to it feels as if you’re standing in a bare room with no windows and every so often, a sound is released into the space – reverberating and creaking from wall to wall, as a short-lived echo gently bounces off your ears. It’s the silences, that depth of negative space, that provide some of the most intriguing and thoughtful moments in UMFANG’s productions. There are tracks in which silence can last for 3 or 4 seconds, enough time that could make it feel tense or uncomfortable if not experiencing alone.

However, her second release for 1080p, Riffs, sees Olson giving us a more fleshed out sound. The productions still feel spacious but silence is no longer a main feature. Opener and title track “Riffs” builds as an oscillating loop mimics the sound of a helicopter propeller rearing up. The focus here shifts away from stark quietness that’s interrupted by sharp, pointed percussion and towards complex infrastructures created by drum machines but supported with gloopy, magnetic synthwork.

Two tracks that particularly stand out are “Force” and “Spaces on Spaces”.  The former is cold, pixelated dub techno with foggy, muted hi-hats that waver in and out subtly. In contrast to the gritty textures that lay within the track, some of the drum hits are so crisp and contained – they strike so precisely with force. The latter track, “Spaces on Spaces”, brings to mind the work of DJ Bone; it’s rapid and tense but also funky, as some of Eric Dulan’s finest work leans towards.

It’s at 1 minute 38 seconds on “Spaces on Spaces” that arguably the most impactful moment in Olson’s production output takes place. Charging through a bending, paranoid-sounding loop, a kick drum erupts – intensely stamping across the track. Riffs is Olson’s most accomplished work to date, taking her minimalist DJ tools into more detailed and multifaceted territory. While the EP makes for great headphone listening, it’s in a club environment that Riffs will fully come to life.