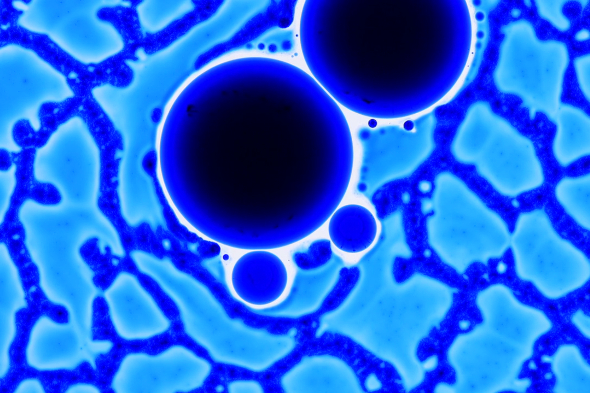 The artist otherwise known as Surgeon teases a new EP with a video of nebulous, bacterial blobs.

Anthony Child’s new found love of modular synthesis has been well documented over the past 24 months, with Anthony Child telling James Manning in an interview last year, “Jamie (Blawan) really helped me start on that path of building a modular synthesiser.” Improvisational sets recorded at London’s Cafe OTO and Freerotation festival have been doing the rounds, while new modular sounds from the Child’s finger tips featured on the field recording-minded Electronic Recordings From Maui Jungle Vol 1 LP for Editions Mego, while this year a first Surgeon LP in five years surfaced in the form of From Farthest Known Objects.

Frequency Domain, a new label based out of London and currently sitting at two releases deep, have coaxed a new record from Child with a title harking back to his days of British Murder Boys: You Have Already Surrendered Your Total Will. By the sounds of “Caught Dreaming In A Perfect Past” this will appeal to fans of Keith Fullerton Whitman’s starry tones, with the amorphous movements of Ali Wade’s complimenting video zooming in on a hypercolour petri dish of bacterial osmosis.