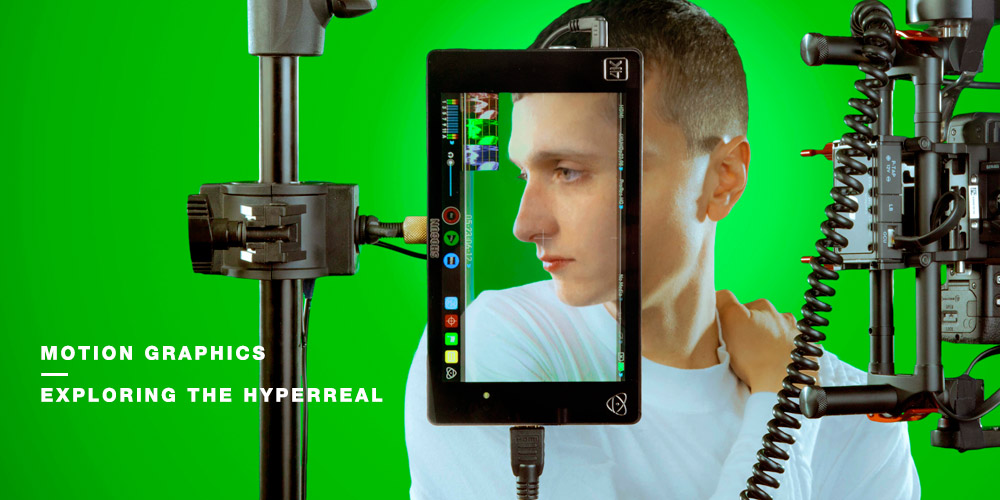 Joseph Williams discusses his debut Motion Graphics album as well as Lifted, the Baltmore dirt bike scene and more in this interview with Aurora Mitchell.

“It started with playing drums in bands as a kid,” explains Joseph Williams, telling me about life before his current project, Motion Graphics. His first forays were far removed from the techno-pop influenced, technology-conscious compositions he makes now, cutting his teeth in various hardcore bands while growing up in Rocky River, a small town close to Cleveland, Ohio. Williams found his hometown had a “pretty active DIY community,” that gravitated around a space called Speak In Tongues. Here, Cleveland’s punk hardcore, emo, noise, indie and jazz scenes had a place to grow and develop.

His move away from organic instruments and towards electronics began at the age of 17, while Williams was still in high school. The band he was in at the time began to experiment with samplers and once incorporated a laptop into their live set up. At that point, he started to move away from playing drums after being taught how to trigger samples live using drum pads. When he was sold a Boss RC-202 sampler, Williams started playing with it in unconventional ways; using its built-in microphone as a sampling tool. It quickly opened a gateway into tampering with basic software programs like Fruity Loops which soon led to his first solo productions.

The appeal largely came from the accessibility and “freedom” of this software. Williams was able to experiment with a variety of techniques without purchasing any gear. “I’ve basically used software to make music ever since,” he confirms. Williams’ experienced a ‘light bulb’ moment during a show that his now-best friend was playing in 2000. He was using a giant iMac to perform, which made Williams both excited and shocked at the same time to discover other people were composing in this way. 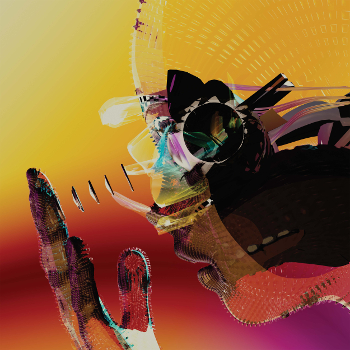 Williams had been fixated with the Rephlex label, Squarepusher and Kid606 in high school and by the time it came to releasing his own music under the name White Williams he secured a debut album on the latter’s label, Tigerbeat6. Entitled Smoke, that album arrived in 2007 and saw Williams dabbling in buoyant indie pop. At the age of 19 he scored a White Williams tour supporting Girl Talk, an artist synonymous with the ‘mash up’ who helped pave the way for computer and sampler-based music to become a widespread phenomenon.

To give some further context on this, Williams tells me, “making and performing music on a computer was so ambiguous at this time in 2007, no one really understood it or knew what to make of it.” Using Macbooks to record and perform music is ubiquitous with those teaching themselves the ropes of Ableton and Fruity Loops today, many of which are making records in their bedrooms for very little cost.

Williams has just released a debut, self-titled album as Motion Graphics for the UK label Domino Records. It was recorded in New York, Los Angeles and Baltimore, where he’s been spending time working on various collaborative projects over the past couple of years. His self-titled debut album is influenced by the processes of people like Ryuichi Sakamoto or Kraftwerk, similarly using the culture and technology of his present day to create a body of work which reflects that. “I knew that I was working on a synth pop record of sorts, but without any nostalgia or sentimentality,” Williams says.

There are elements of Motion Graphics that sound incredibly organic and live, such as the mellifluous tones of a clarinet, however it’s created entirely by software. To imitate the sound of real instruments, Williams explains he used certain tools within Ableton to produce “hyper-realistic” sounding components. He further clarifies that the software instruments he used are marketed towards film and TV composers, offering “a string ensemble used to create the trailer for Game of Thrones,” as an example. Williams tells me that although in theory they sound real, they’re a lot more synthetic in practice. The “quirks and glitches within them” are what he’s most interested in “exploiting”.

I ask him to expand on how he twists and reconfigures these instruments, and he gleefully responds, “there are so many ways!” Talking excitedly, he explains “there are ranges within these samples that simply could not be reached by a human piano or clarinet player.” Made with the intention to be played as “expressively” as possible, he further clarifies the scope to which augmenting using software provides different opportunities. “There are trills on this record that any player would have a hard time mimicking in reality.” One element of the Motion Graphics album that’s certainly human is Williams’ voice. 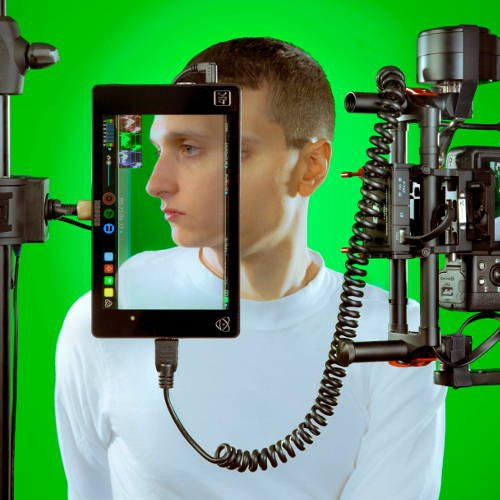 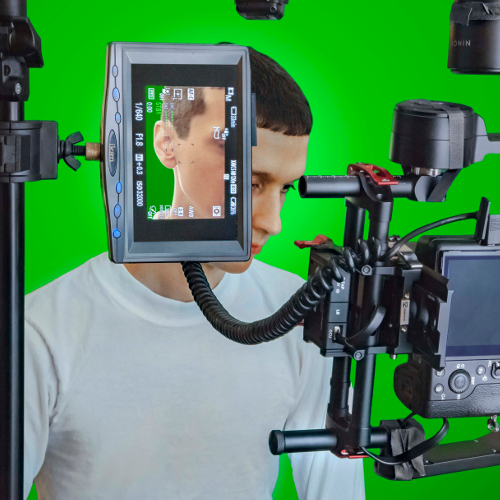 Vocals have always played a prominent part in the synth pop canon, a genre that Williams loves. Arrangement-wise, it can be difficult to wrap vocals around productions to ensure there is no jarring sense of clashing. The decision to incorporate his voice for the Motion Graphics record came naturally to Williams. “I’ll start a track and it will get to a point where there’s a heavy implication that some kind of vocal would complete the track.” His voice is particularly remarkable on “Mezzotint Gliss”. The tender timbre of his vocal is complimented by loud, fluttering clarinet notes. It is, perhaps, an unexpected element, one that separates the album from recent works which use similar songwriting structures without any vocal input.

Williams also worked on an instrumental album as a part of Max D’s Lifted ensemble. Last year they released a beautiful, meditative LP for PAN which explored the lines between ambient and jazz. The musical relationship came together when Williams was situated in Baltimore after being introduced to Max D through his friend, Thrill Jockey artist Jason Urick. He had previously worked with fellow Lifted contributor and Co La artist Matt Papich, acting as co-producer on his 2013 LP for Software, Moody Coup. Williams feels it was this collaboration with Papich that paved the way for him contributing to the Lifted project 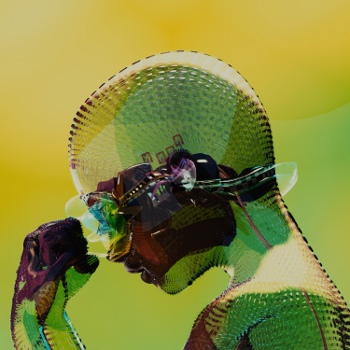 During this time in Baltimore, Williams was also working on a motion feature called 12 O’Clock Boys, which takes a peek into the world of a gang of local dirt-bikers. Williams provided the score for it, using a range of choral instruments. He originally wanted to get a boys’ choir for the soundtrack but resources were limited so he was using the hyperreal instruments located in software to recreate the textures and tones of a real choir. “There are several boys choirs stacked on top of each other and repitched and played chromatically.” A dirt bike crew from Baltimore called Wowboyz became the inspiration for using choral elements. A crew of around 40 riders, from young teenagers to middle aged men, would tout around the city every Sunday. “It had this religious element,“ Williams remarks.

Dirt biking is particularly prominent in Baltimore; a “rite of passage” for young people located there,” is how Williams describes it, adding “every kid in the city on a BMX or mountain bike is trying to out-wheelie each other.” With his 12 O’Clock Boys soundtrack, Williams attempted to capture the cultural importance of dirt biking to the residents of Baltimore. Working on that carried over to the Motion Graphics record, with choirs providing a celestial backdrop on tracks “Airdrop”, “Vistabrick”, “Mezzotint Gliss” and “SoftBank Arcade.” The choirs sound hollow and unsettling – it’s in this instance that your ears can sense the difference between a synthetic choir and a real one. They feel reminiscent of the goosebump-inducing moments on Oneohtrix Point Never’s Chrome Country.

For the Motion Graphics album, however, Williams wanted to make a record that would reflect the technological realities of our time by mimicking sounds that we recognise and encounter in daily life interactions. Williams’ use of common alert tones in his productions mirrors the every-day event of receiving text messages, emails and the like, to which he justifies: “most of the things we do are mediated by software in one way or another.”